5 of Russia’s most amazing rivers 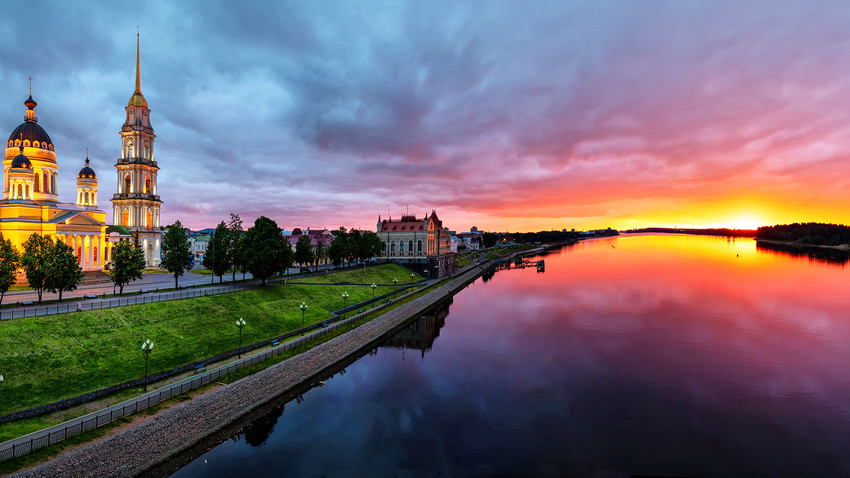 Sunset on the Volga river in the town of Rybinsk, Yaroslavl Region

Legion Media
To see 4 out of Russia’s 5 main rivers, you need to travel to Siberia, while the famous Volga snakes through the European part of the country. 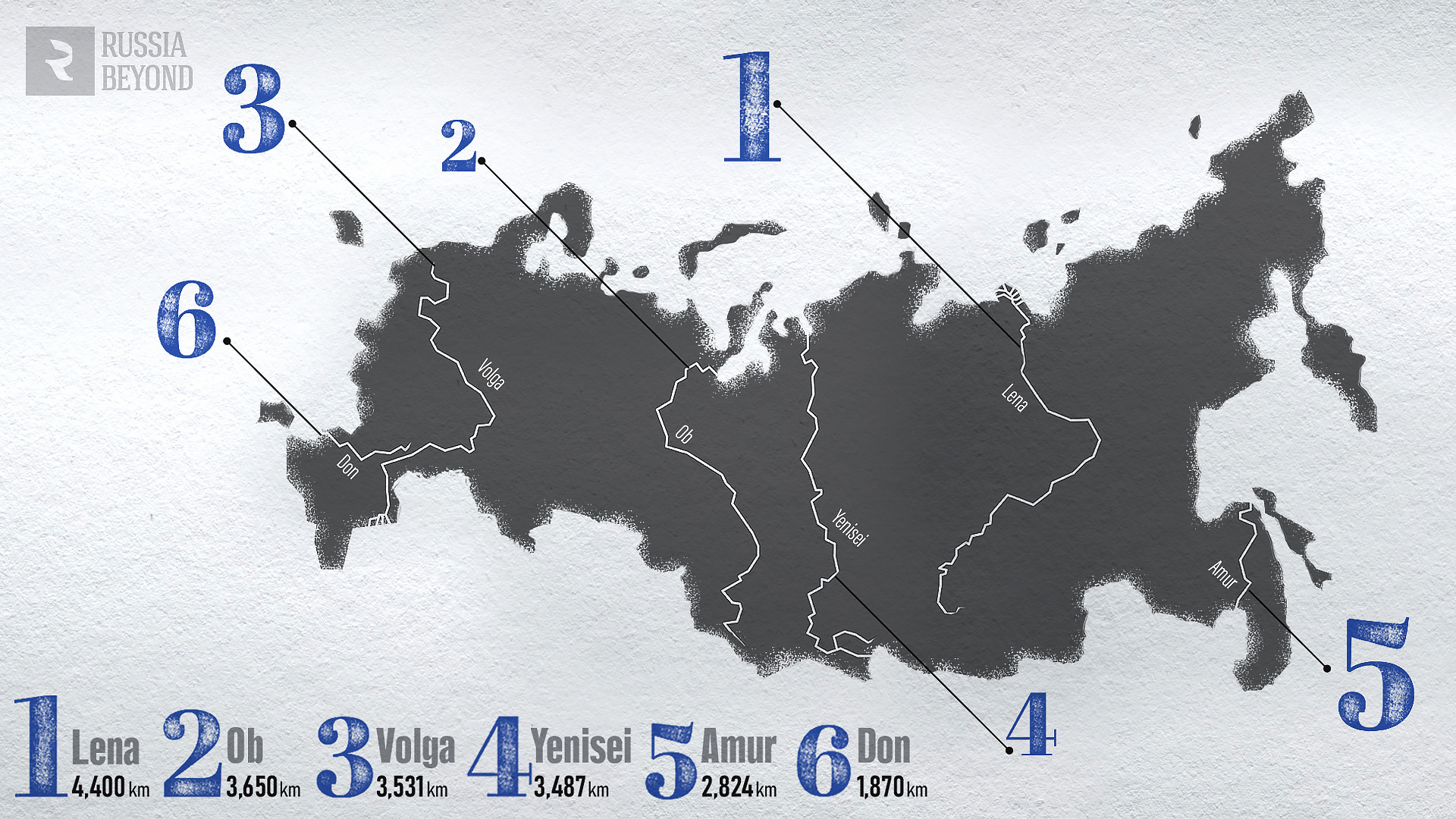 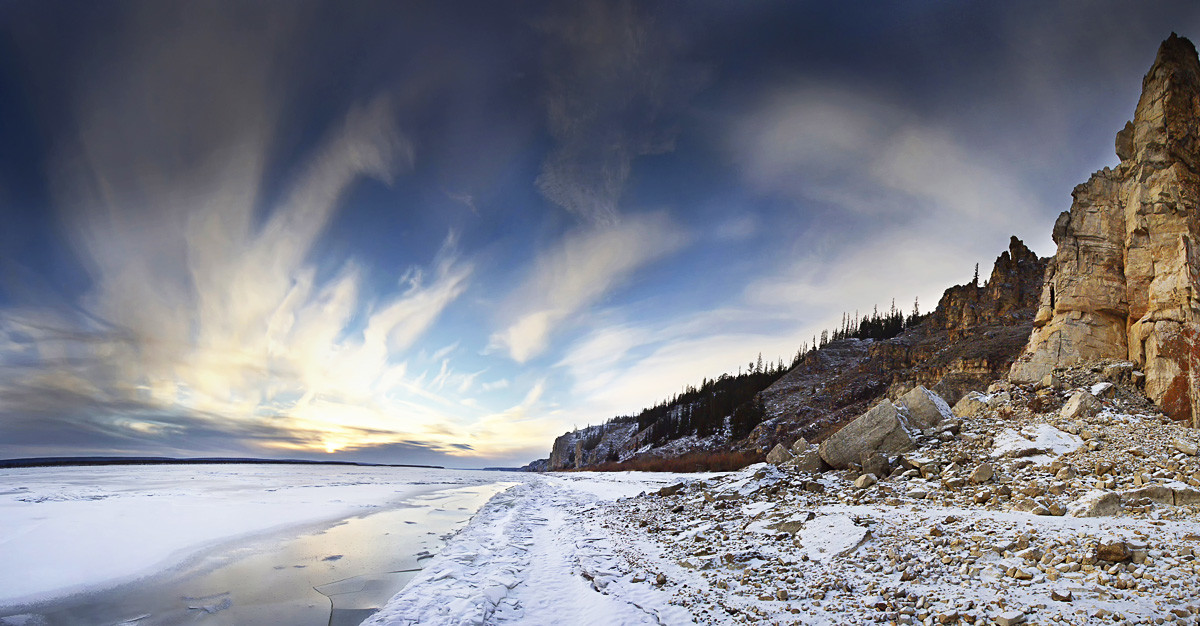 longest river in Russia, the Lena, measures 4,400 km. In comparison, one of the largest rivers in Europe, the Danube, measures 2,860 km.

The Lena’s source is not far from Lake Baikal and it flows through the Irkutsk Region before snaking its way via the permafrost of Yakutia. The river eventually finds the Laptev Sea in the Arctic Ocean.

In the winter, the Lena is covered with a thick layer of ice, which doesn’t melt until mid-summer. This doesn’t stop the watery stretch being used as the main transport route in Yakutia. Two cruise ships frequently roam her waters.

By the way, Lena is also a popular female name in Russia. It’s short for Elena. 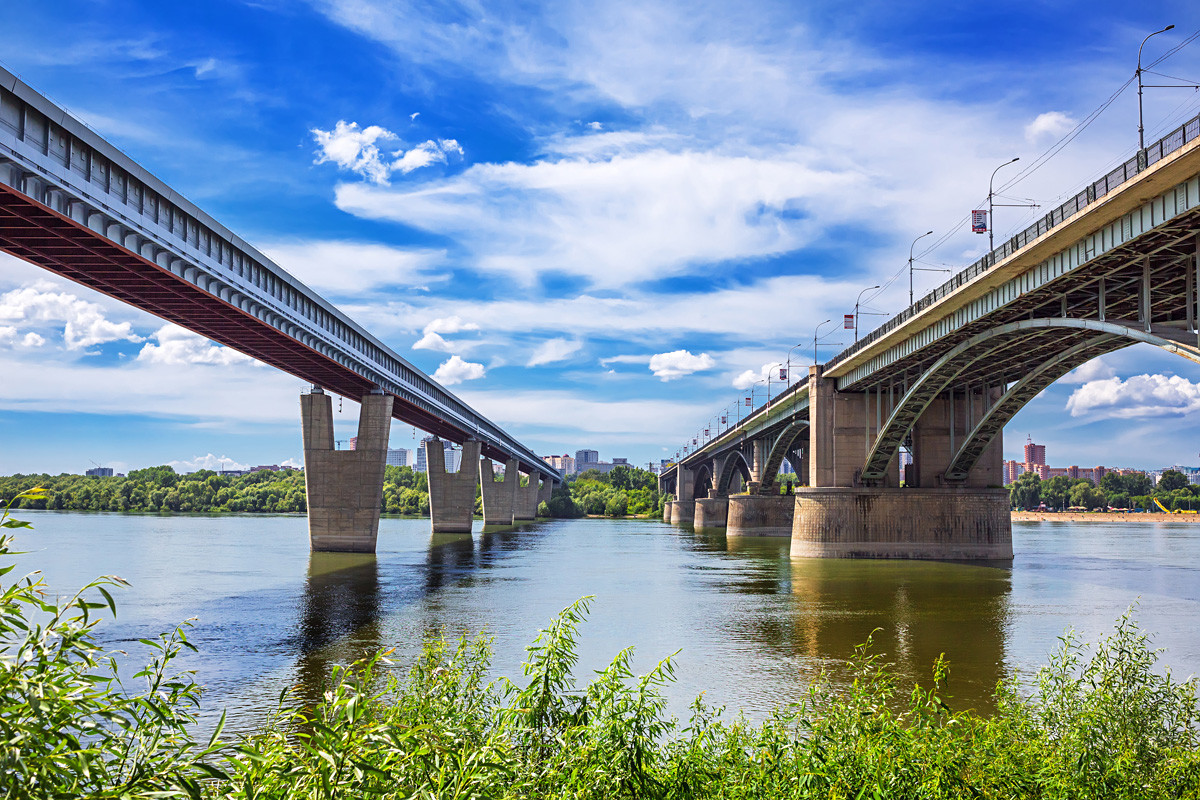 The Ob river basin, with all its tributaries, is the largest in Russia with an area of 2.99 million square km. To put this in perspective, this space is larger than the area of Argentina. The Ob stretches for 3,650 km and its chief tributary, the Irtysh, exceeds its length by almost 600 km.

The Ob originates in Altai and meanders across Western Siberia into the Kara Sea in the north.

You can see the Ob in all its glory in Novosibirsk, which is Russia’s third largest city population. On the banks are located large cities such as Barnaul (the capital of Altai Krai), Surgut, and Salekhard. 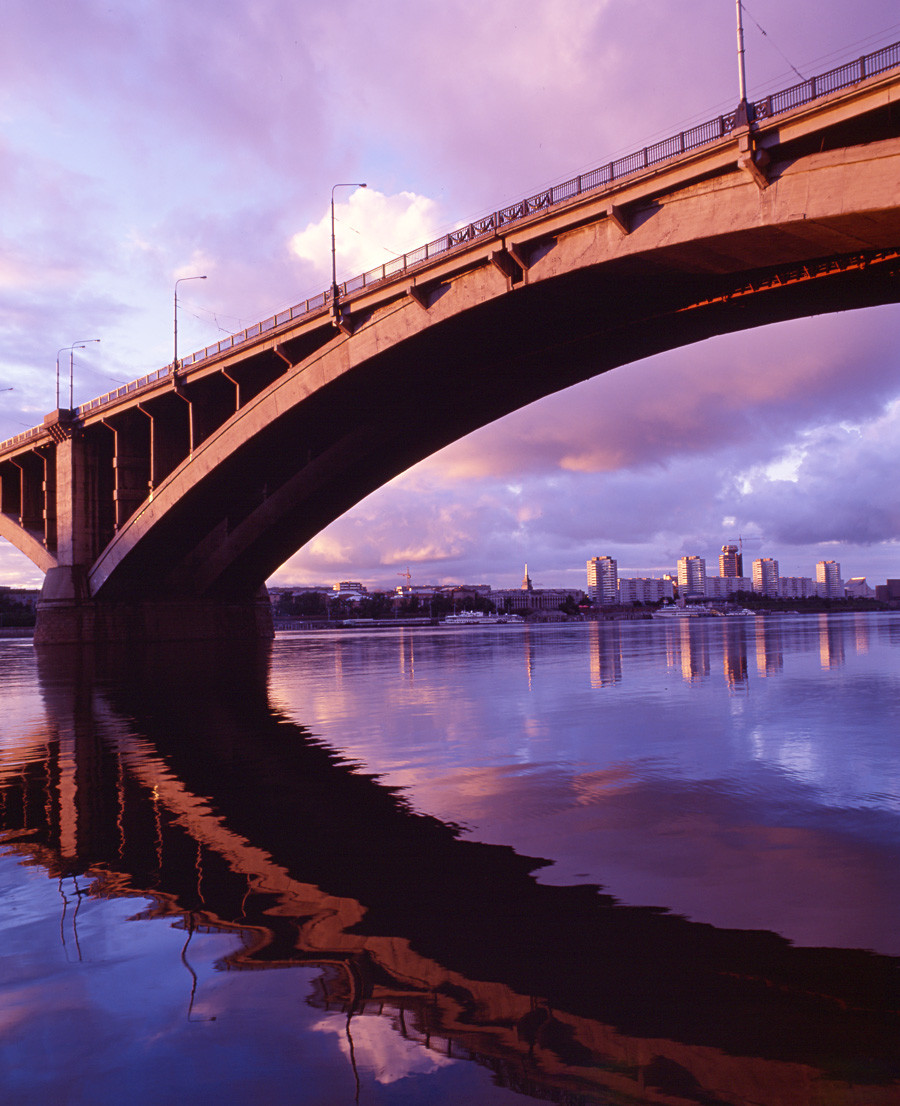 Another Siberian wonder, the royal Yenisei, with all its tributaries, measures 5,500 km. Without the tributaries: 3,487 km. It’s believed that this is the natural boundary of Western and Eastern Siberia. By the way, in addition to the Ob, it flows into the Kara Sea, while the river starts in a shamanic region called Tyva, which is the geographical center of Asia.

One of the most breathtaking views of the Yenisei can be seen from Krasnoyarsk. The part of the Yenisei that flows through the city hosts several large islands – one of them even has a stadium. The breathtaking Kommunalny bridge, which is depicted on the ten-ruble banknote, stretches across the river.

The Yenisei river is fed by the Angara (its tributary), which is the only river born out of Lake Baikal. 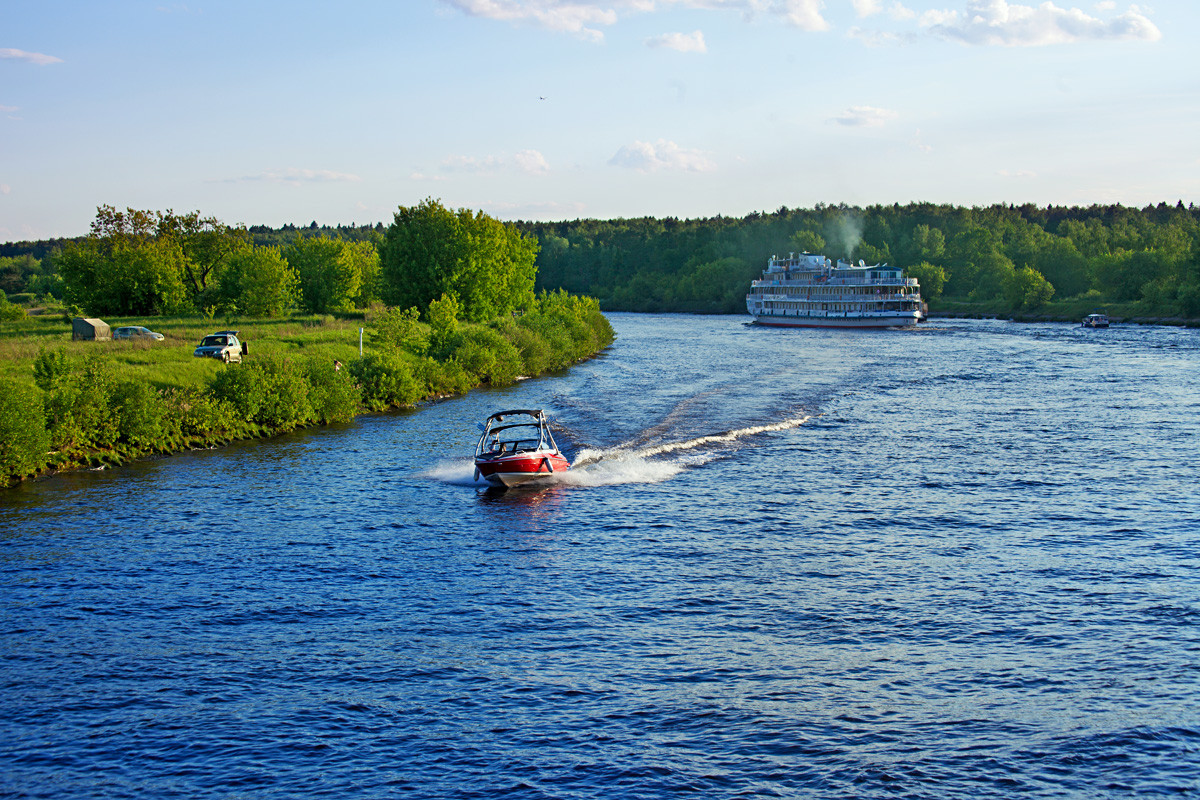 This is the longest river in Europe, measuring 3,531 km, and perhaps the most popular and well known Russian river. The Volga, in Russia, is referred to as “Volga mother.” The river has long been a source of income for half of the country's population, running through a huge number of Russian “pearl cities” and four cities boasting a population of more than a million (Nizhny Novgorod, Kazan, Samara, and Volgograd), which are located on its banks.

If you do not know what city to visit, take a boat trip from Yaroslavl and check out a few small towns on “The Golden Ring.” The Volga begins in the Valdai Hills, located in the Tver Region, and flows into the Caspian Sea.

The Volga appears in an exhaustible number of Russian artworks, it would almost be impossible to name them all. Among the most famous include Ilya Repin’s Barge Haulers on the Volga, the plays by Alexander Ostrovsky and Maxim Gorky who both who grew up on the banks of the river. And of course, dozens of songs and movies as well. 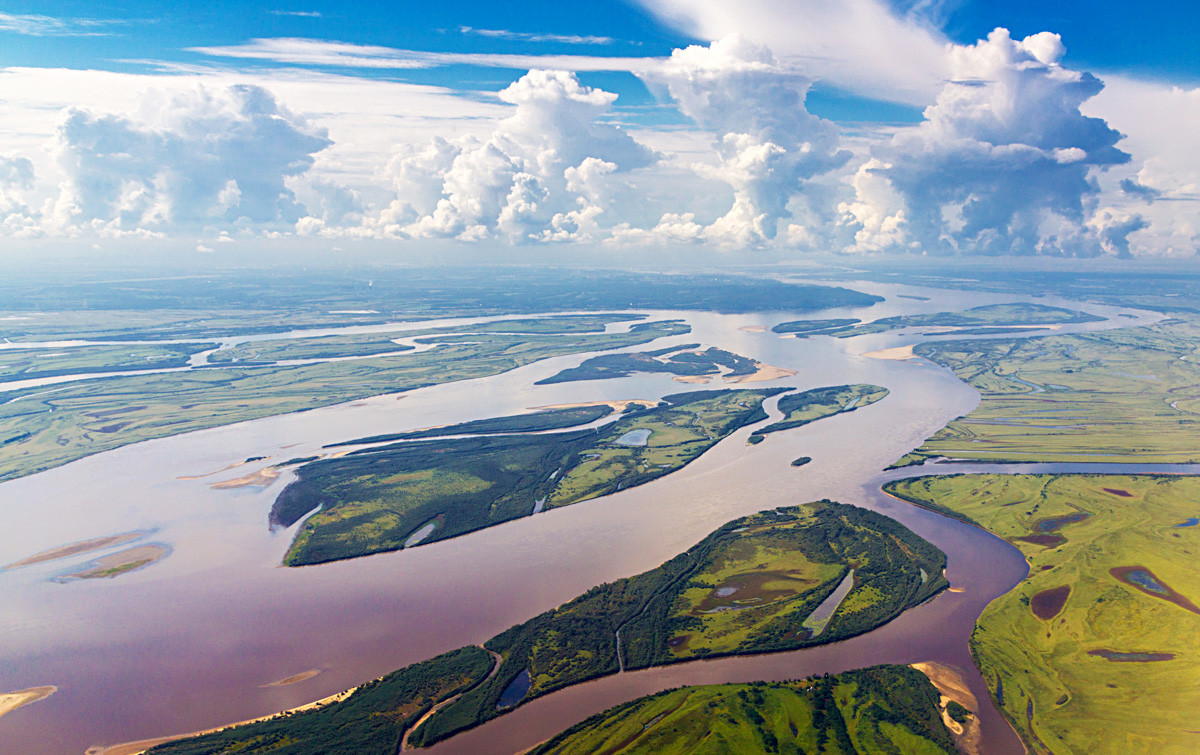 far eastern river originates on the Chinese border from the confluence of two rivers, the Shilka the Argun. The Amur stretches 2,824 km and flows into the Amur estuary, which is located between the mainland and Sakhalin island.

Dotted along the river are major cities such as Blagoveshchensk, Khabarovsk, and Komsomolsk-on-Amur. Part of the river even flows through China and Mongolia. Since ancient times, the Chinese have called the Amur the “Black Dragon ,” which according to legend, has deterred people from fishing its waters. The Amur is home to a large number of sturgeons and has lots of unique native fish species, the biggest of them, the , can reach four to five meters in length.

One of the Amur’s true miracles is the Khabarovsk bridge, which hosts the Trans-Siberian railway and Amur highway. It was built in 1916 and is depicted on the 5,000-ruble banknote. 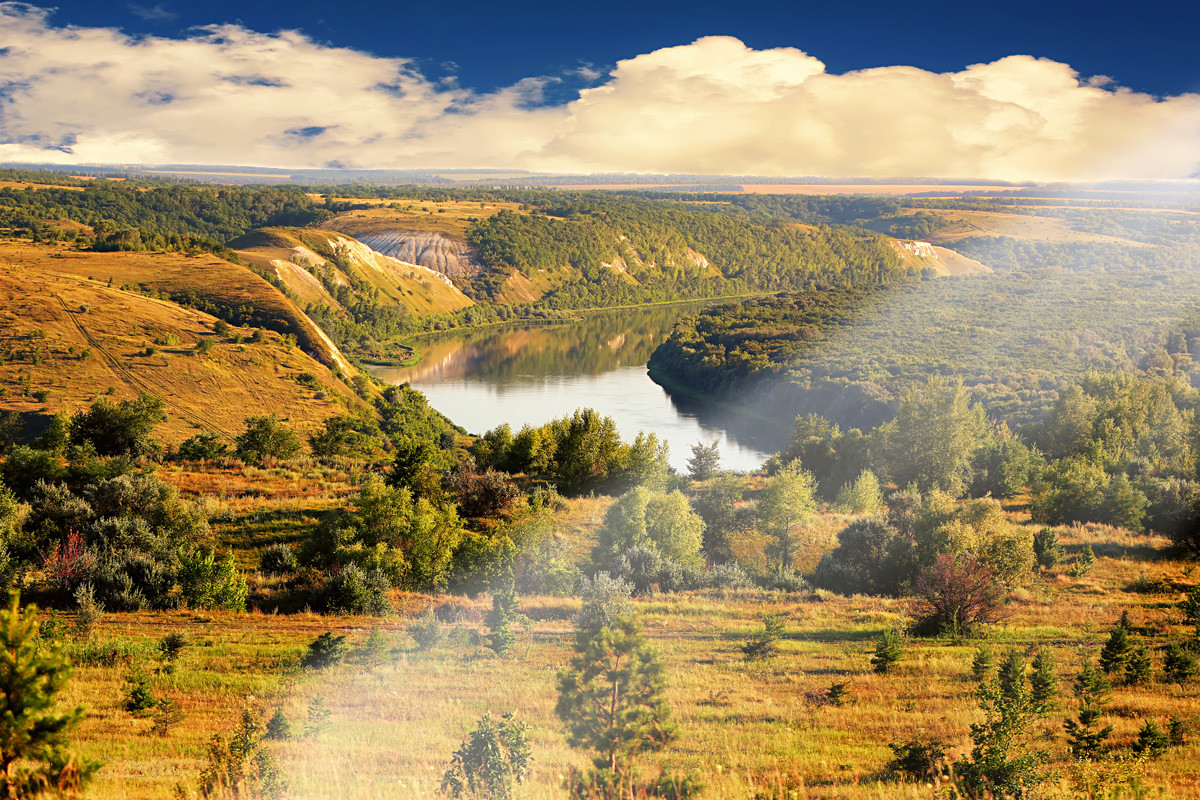 Compared to the great Siberian giants and the Volga, the Don may seem like a small river. However, it’s the fifth longest river in Europe! It originates in the Tula Region, about 200 km south of Moscow, and flows into the Azov Sea in Southern Russia. One of the largest cities in Russia stretches along delta, Rostov-on-don.

Read more: If you reach any of these 10 stunning places in Russia, you're a adventurer (PHOTOS)