What sights to see on the road to Peterhof (PHOTOS) 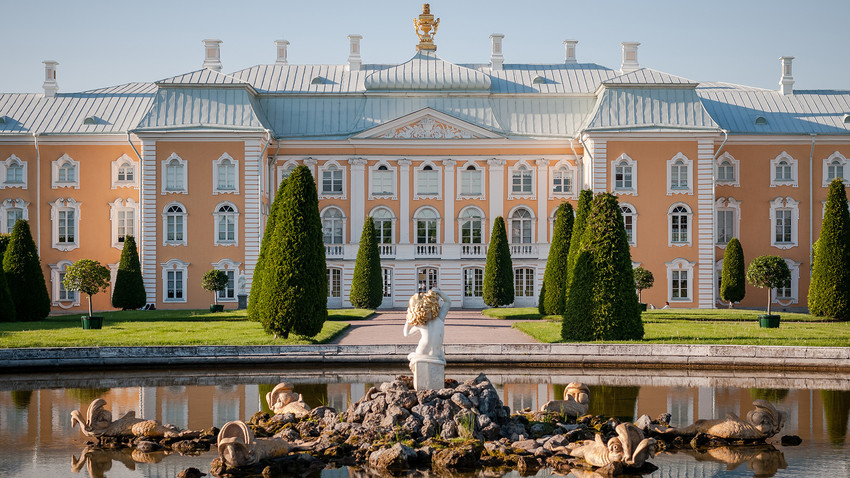 Vadim Razumov
Peter the Great wanted his residence in Peterhof to outshine Versailles, and even the road there was meant to surpass the beauty of its Parisian counterpart. Did it work out?

The road to Peterhof was an unusual project for its time. It was laid down in 1710 at the behest of Peter the Great, who wanted not only to build a road from his new capital to his country residences, but also to create Russia’s version of a grand thoroughfare.

Peter began giving away land along the Peterhof road to various noble families to build attractive manor houses on. At first, the families saw this as an unwelcome obligation, but this soon changed as having a manor house along the road became a sign of status.

The first point on the road was the village of Strelna. One of the first buildings on the Peterhof road was built here in 1720. The palace was intended for Peter I himself, but after his death, construction work went into hiatus for an extended period of time, and the palace was only completed in the 1750s. In 1797, Emperor Paul I presented the estate to his son Konstantin. 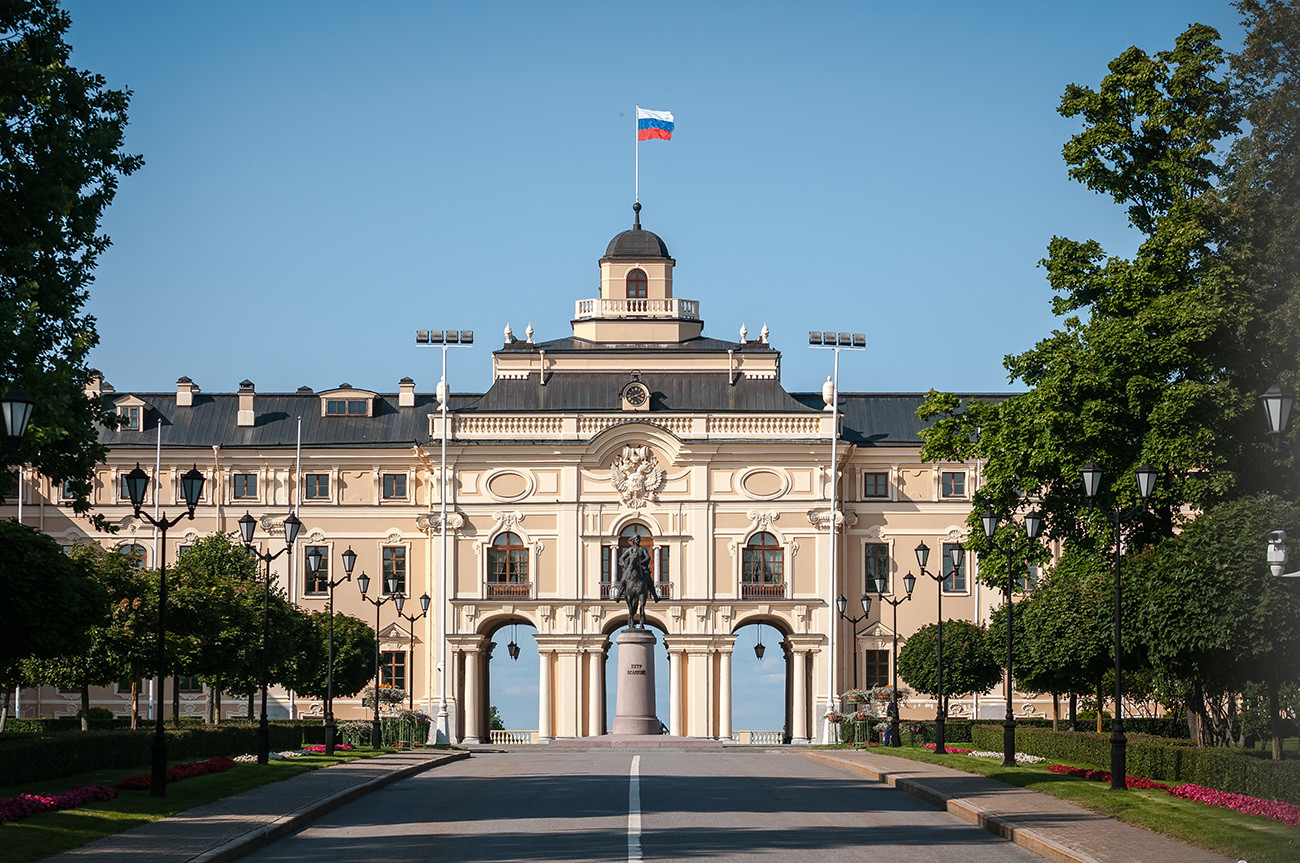 During the Second World War, the palace was nearly destroyed, and only its stone foundations remained standing. However, by 1950 it had already been fully restored. The palace is currently run by the facilities department of the Russian Presidential Administration and is used as a venue for receptions and congresses. 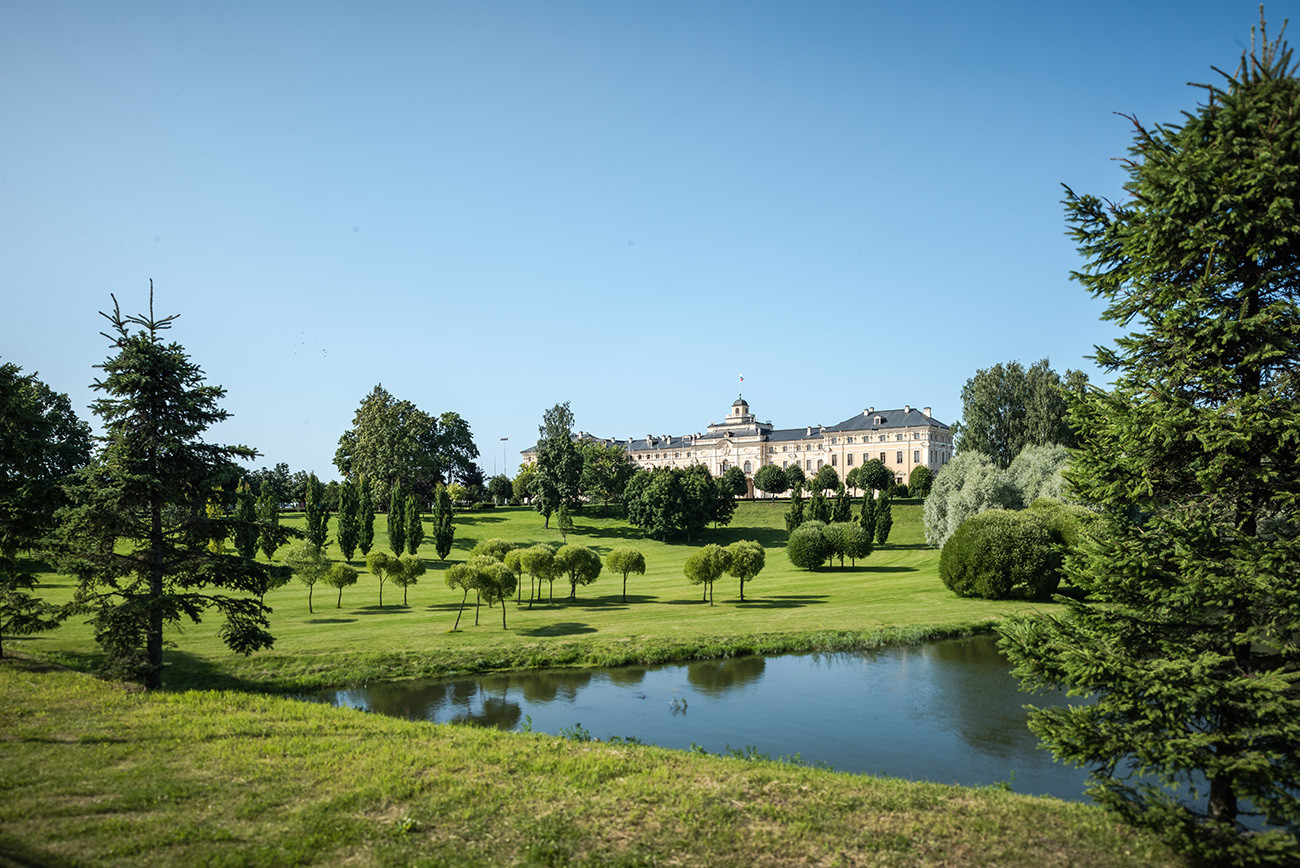 Strelna was also home to the so-called Orlov Stables. The estate, which once belonged to the family of Count Orlov, is currently abandoned. 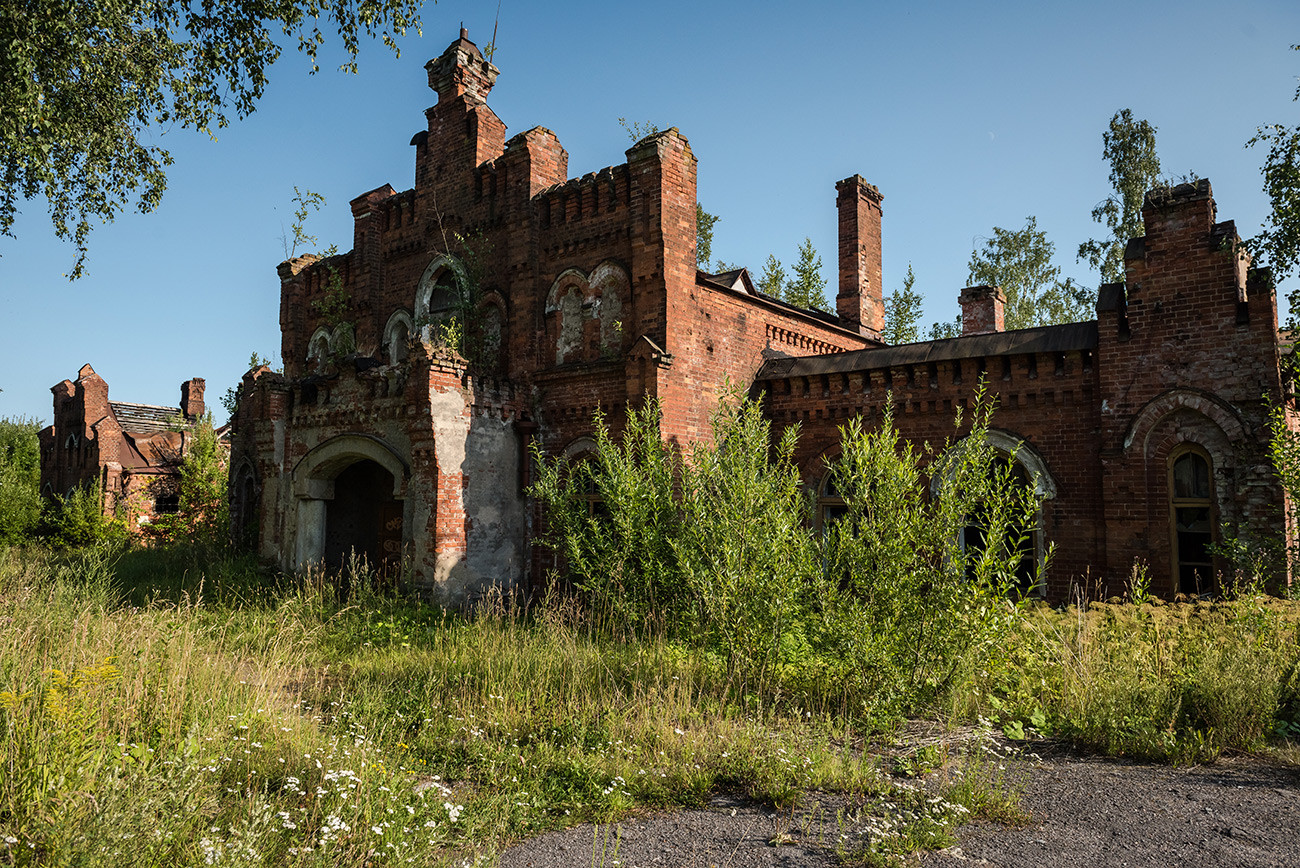 A neo-Gothic palace and park were created here in 1833-1839 by architect Pyotr Sadovnikov. 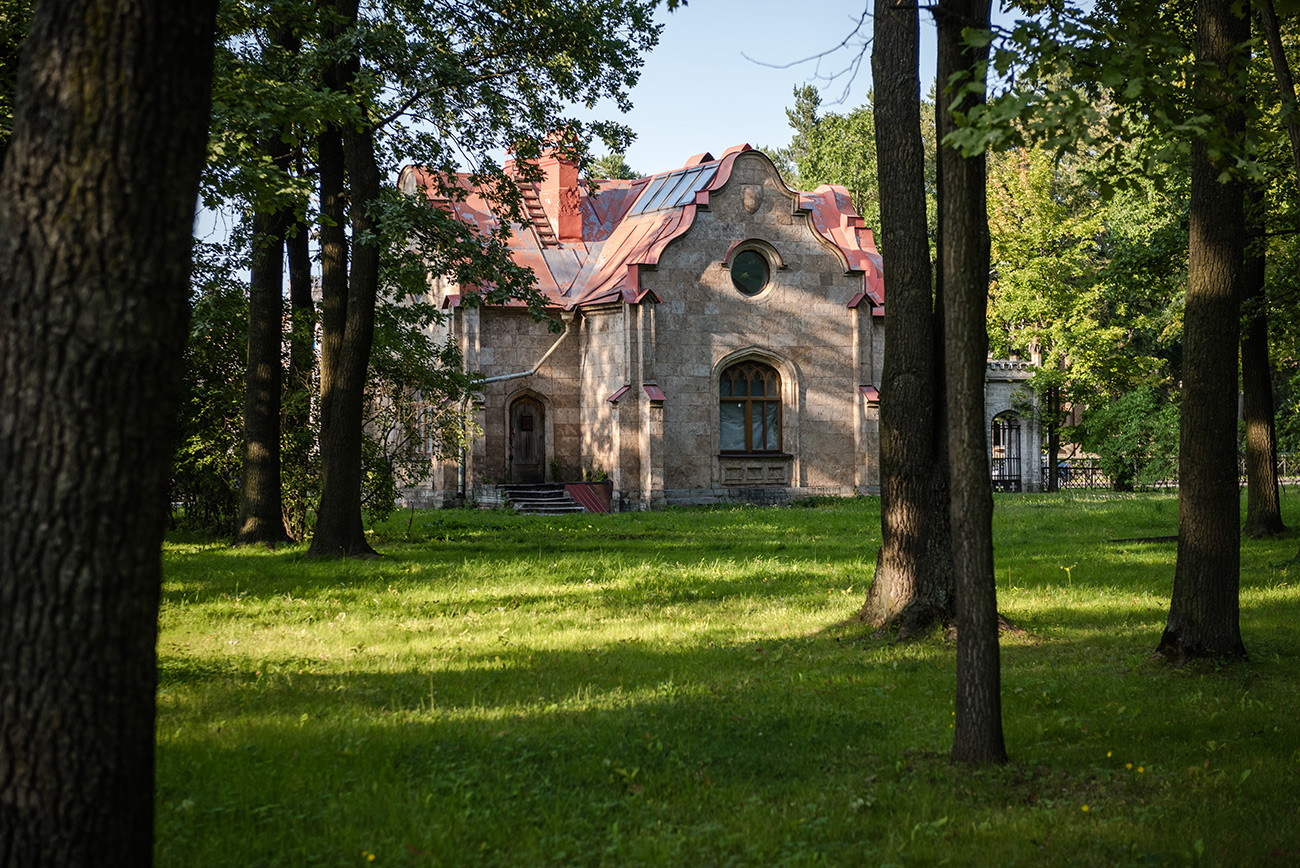 The Palace of Prince Lvov

Another neo-Gothic building in Strelna is the Lvov Palace. This asymmetric building on the coastal terrace was built in 1838-1839. General Pavel Alexandrov was its first owner, but it got its name from its second owner, Prince Alexander Lvov. Lvov became known as the founder of the fire service after creating a fire station on his estate. 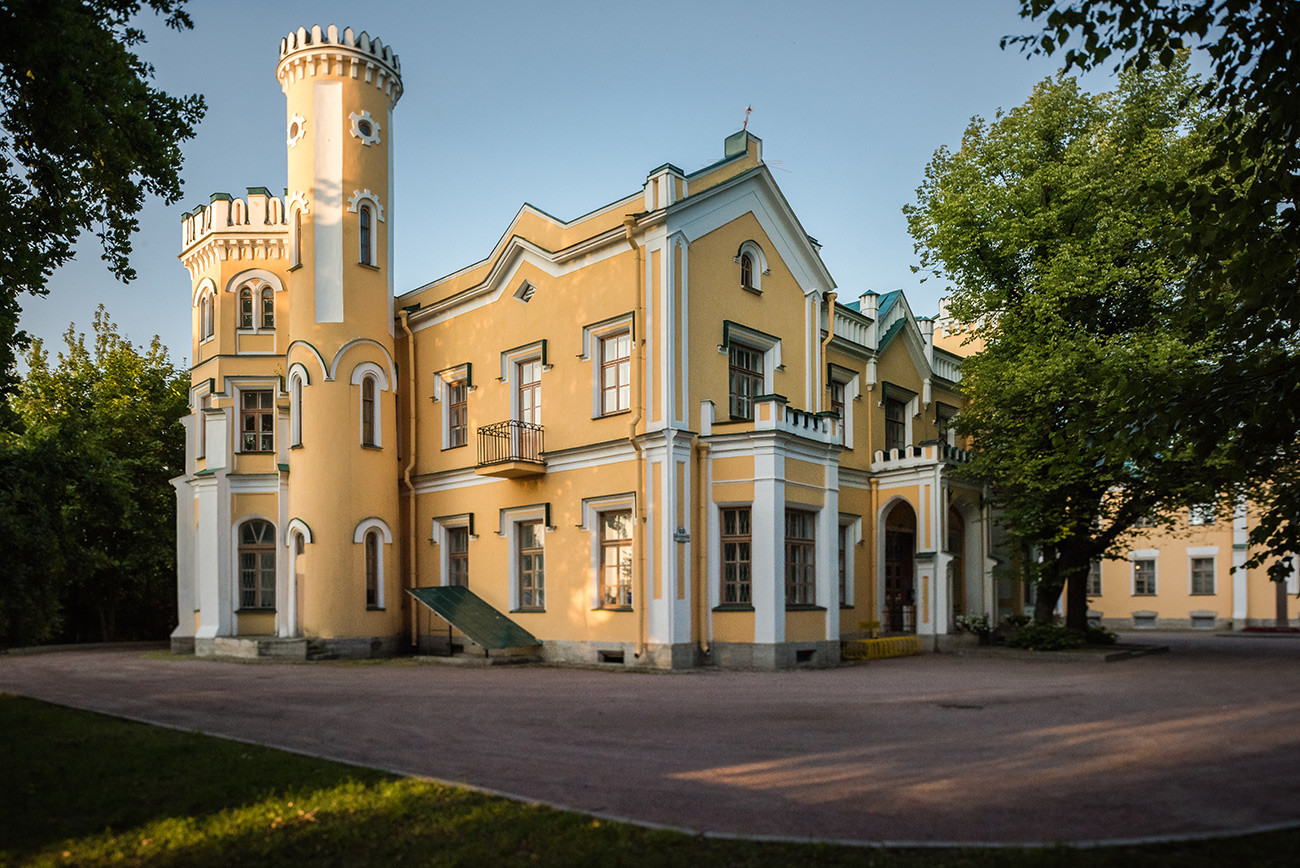 The building was completely renovated in the 2010s and now houses the Strelna administration.

This architectural complex gets its name from Mikhail Romanov, the son of Emperor Nicholas I, for whom it was built in the 1850-60s. The building was designed in an eclectic style, with some of its elements foreshadowing the later emergence of Art Nouveau. 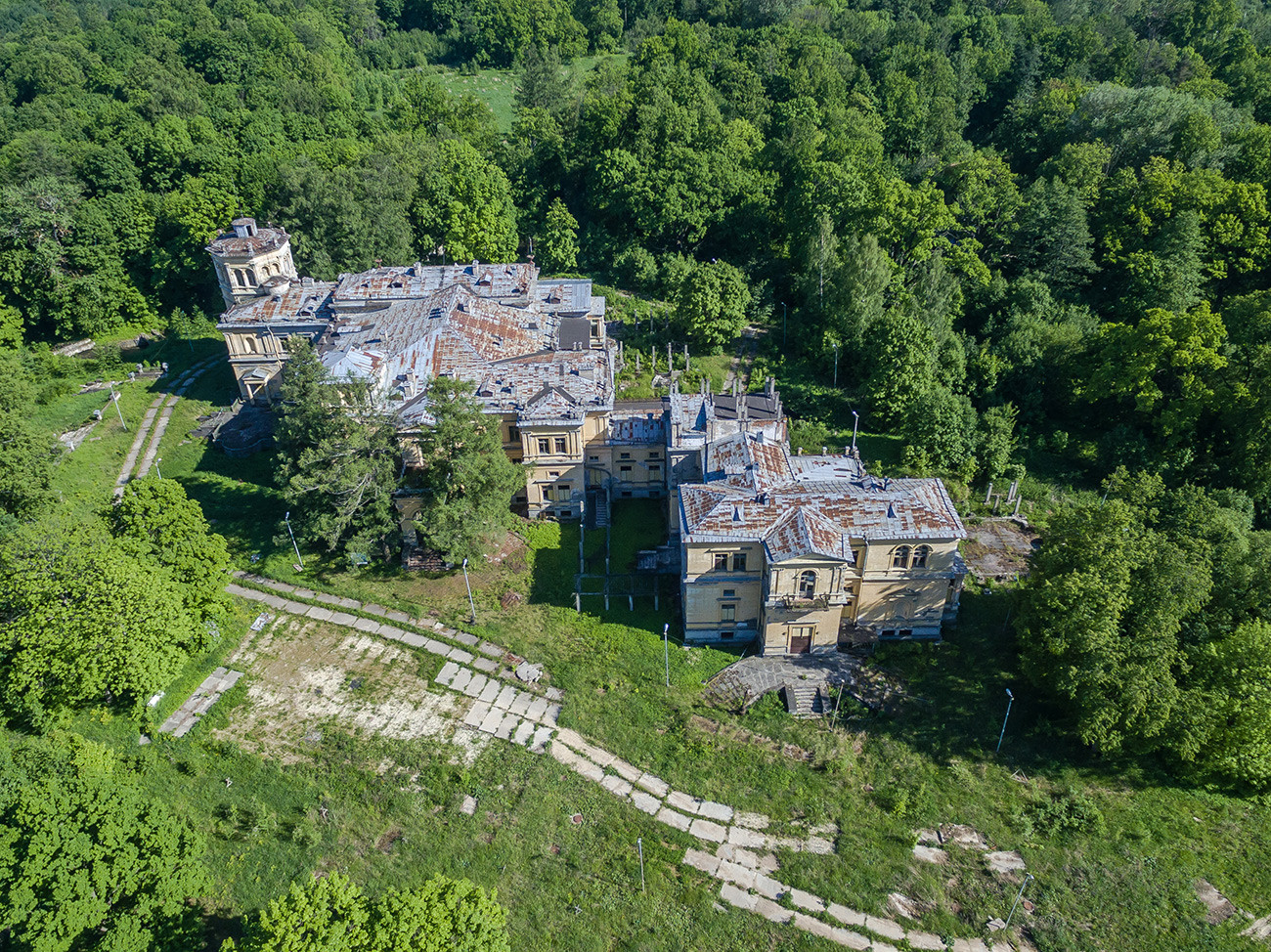 At different times after the Bolshevik Revolution, the building housed a school for young delinquents, a poultry farm and a holiday home. The manor was badly damaged during the war and has still not been restored. 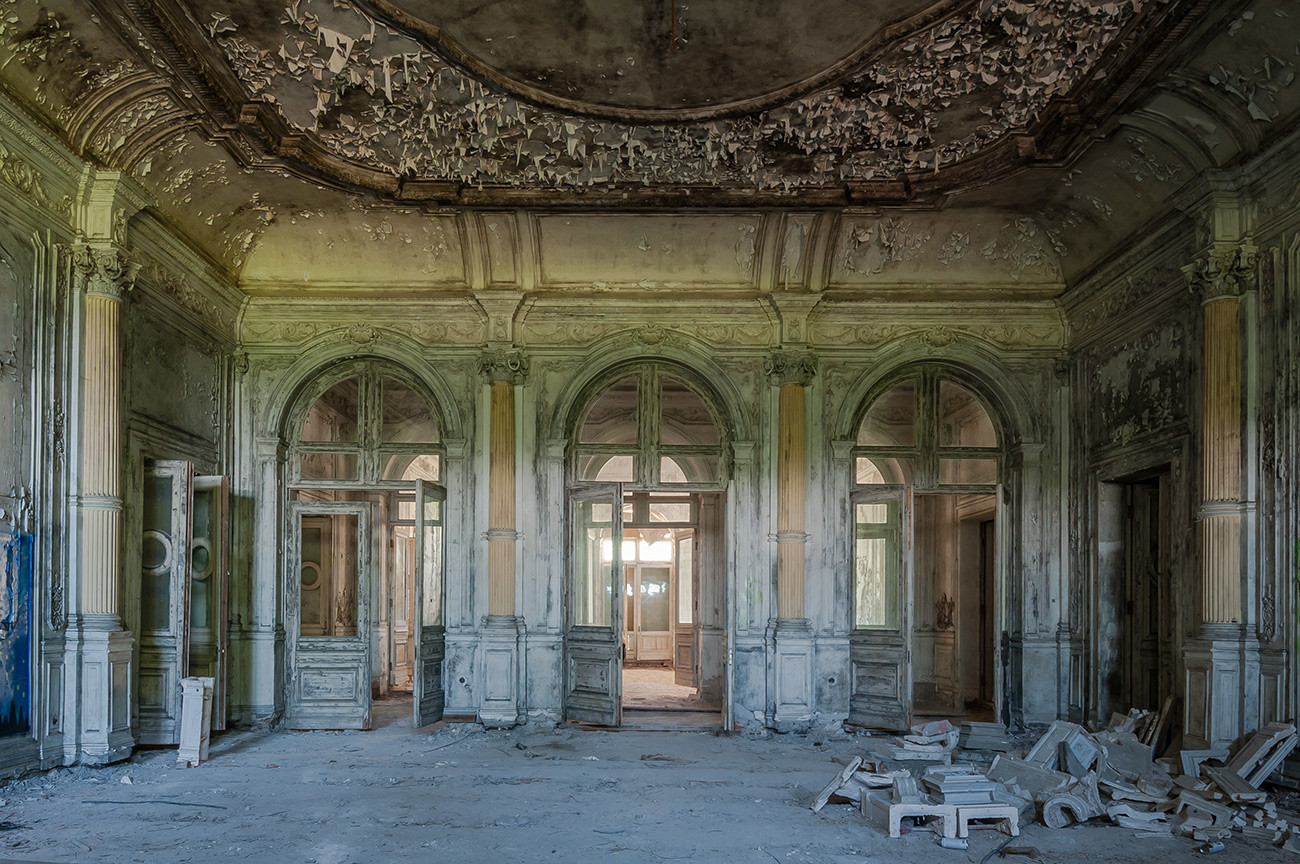 This was one of the first estates to be built along the Peterhof road. Construction began as early as the 1760s, led by Count Razumovsky. In the 19th century, Emperor Nicholas I purchased the estate for his wife. 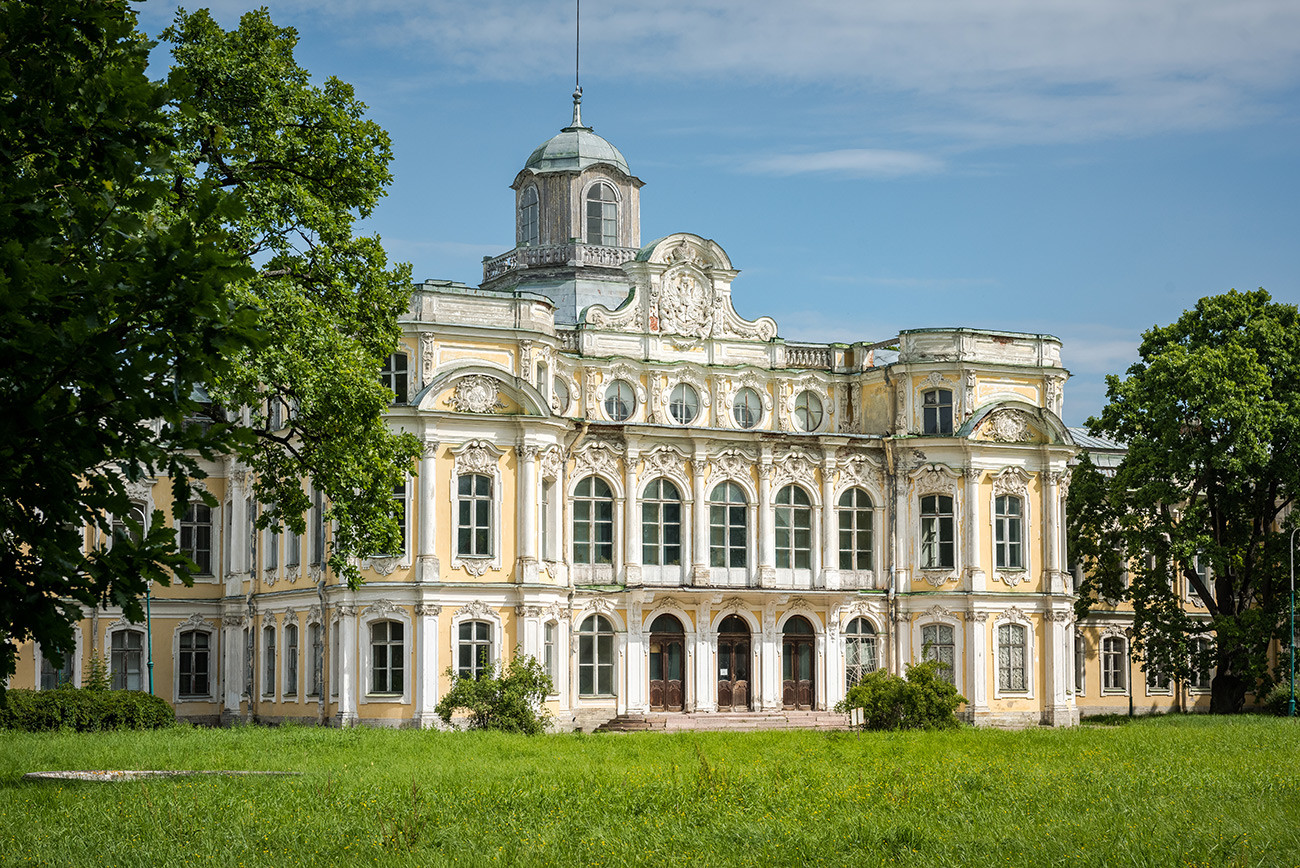 Its facades and interiors are made in the Russian Baroque style and were badly damaged during WWII, during which it was occupied by Germans and turned into a headquarters. The main house was restored in the 1970s, but the other buildings still await restoration. 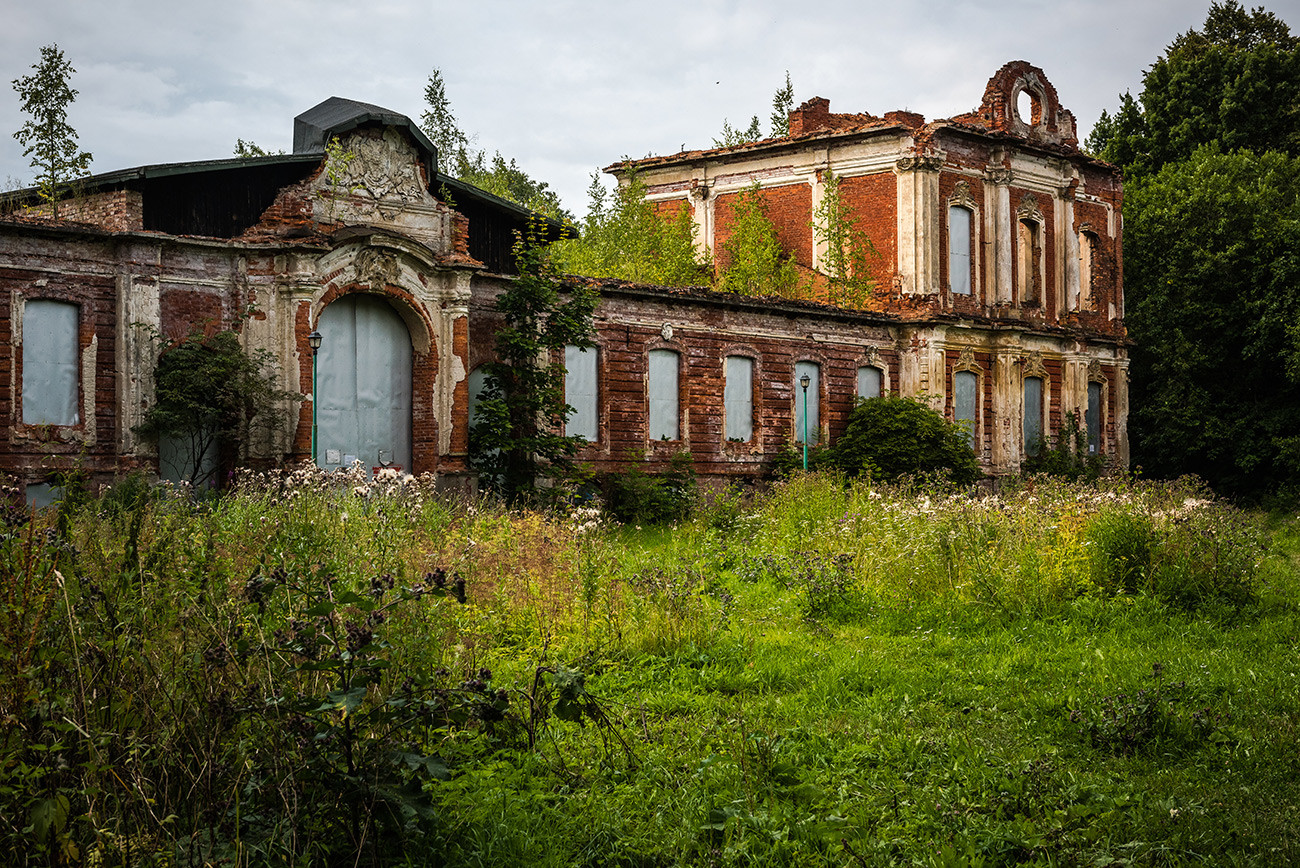 Alexander Menshikov, a close associate of Peter the Great, was the first owner of this land. However, he did not manage to complete the construction of the manor house in his lifetime. 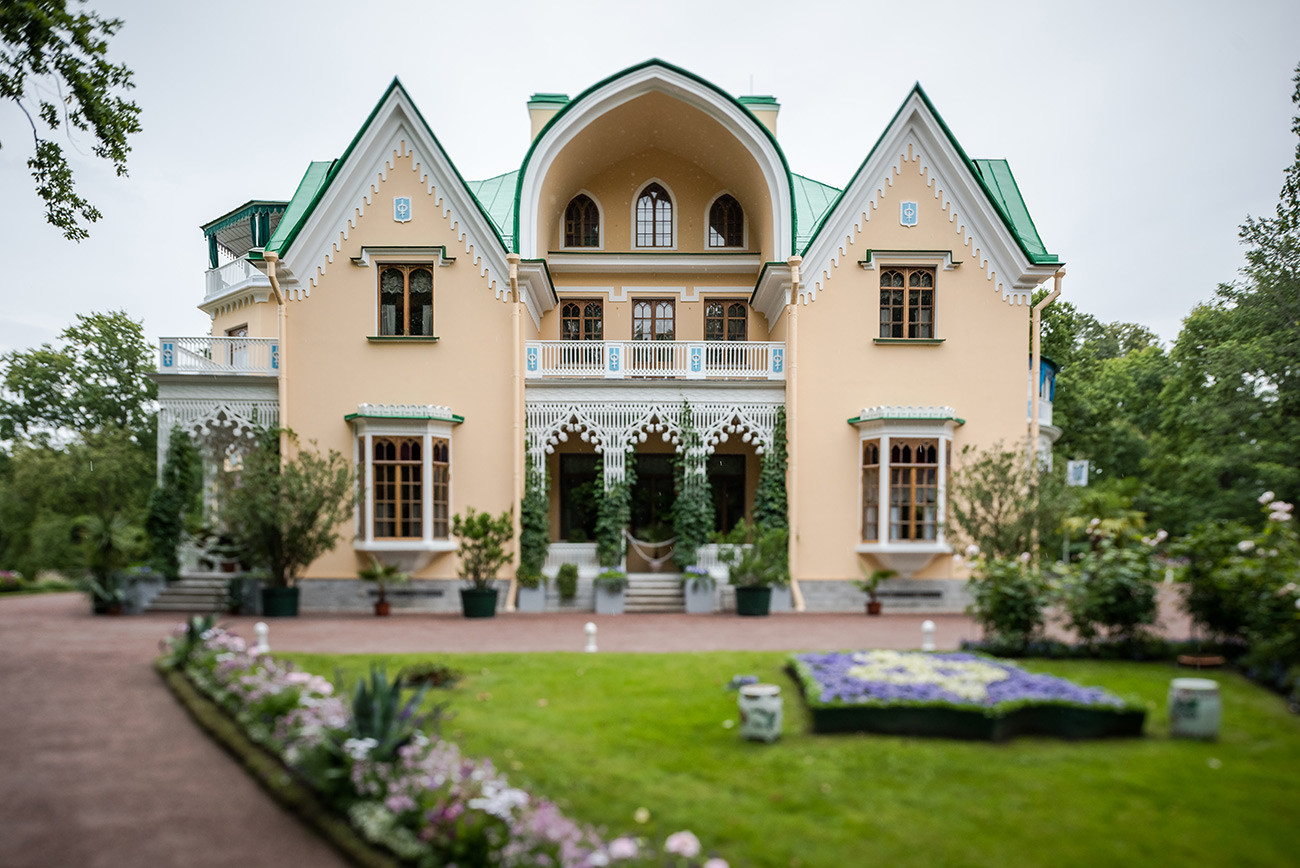 Nicholas I later gifted this residence to his wife, Empress Alexandra Feodorovna, and it was named Alexandria in her honor. The Gothic palace was completed in 1829, and its coat of arms was created by the poet Vasily Zhukovsky. 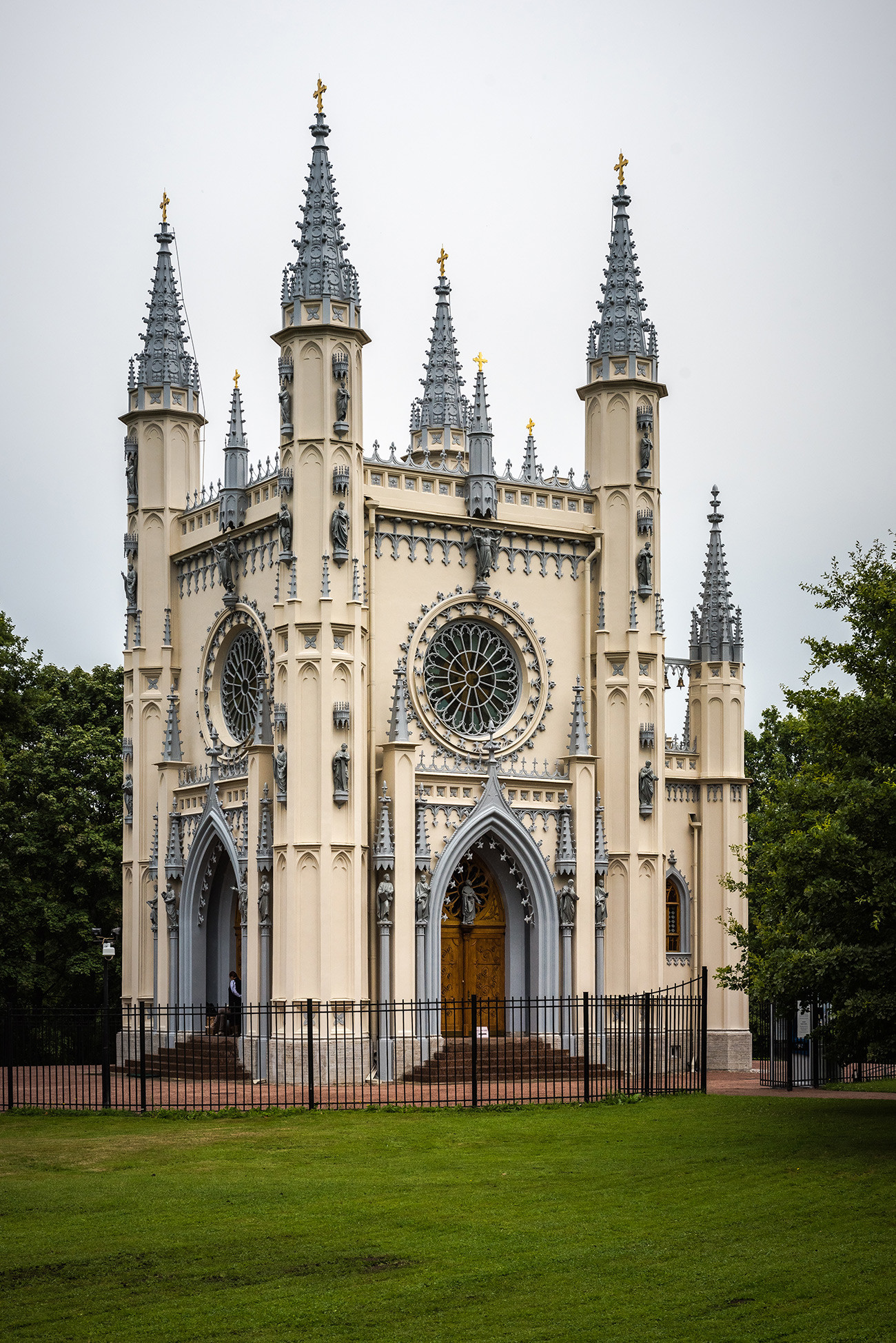 Peterhof is a true gem among the environs of St. Petersburg. It was founded in 1710 as an imperial country residence and developed over the next 200 years. Its design is dominated by the neoclassical and baroque styles. 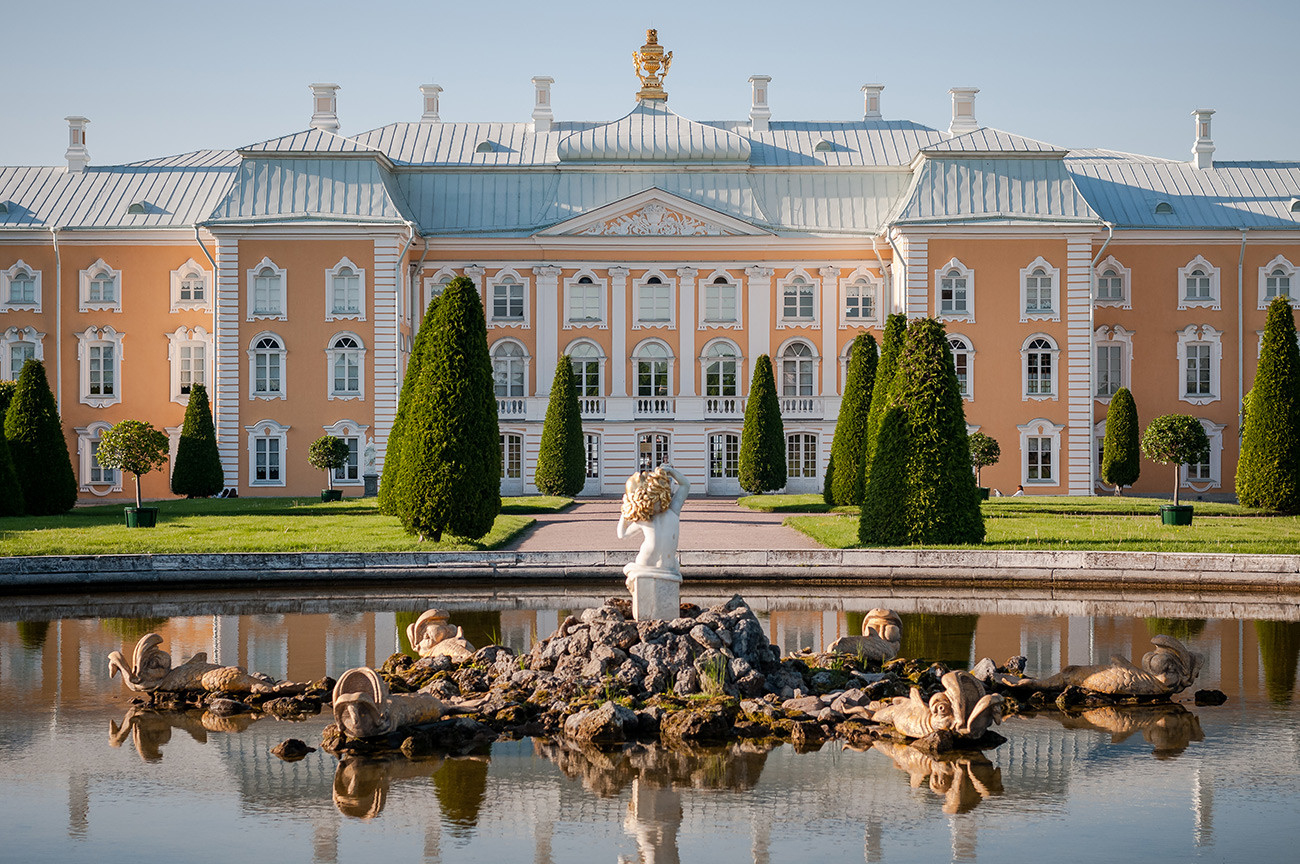