Where can you experience the LONGEST polar night in Russia?

Travel
Anna Sorokina
Large parts of northern Russia don’t get to see any sunrises or sunsets during the winter. How does darkness аround the clock affect the lives of ordinary people?

Imagine this: You wake up, and it's dark. You go to bed, and it's dark, and during the day you can just barely make out the outline of your city through a frosty haze. This natural phenomenon, in which the sun does not appear above the horizon for more than 24 hours, is known as a polar night and occurs inside the polar circle. For Russia, this means in areas above 66°33′N, which make up nearly 20 percent of the country's territory! 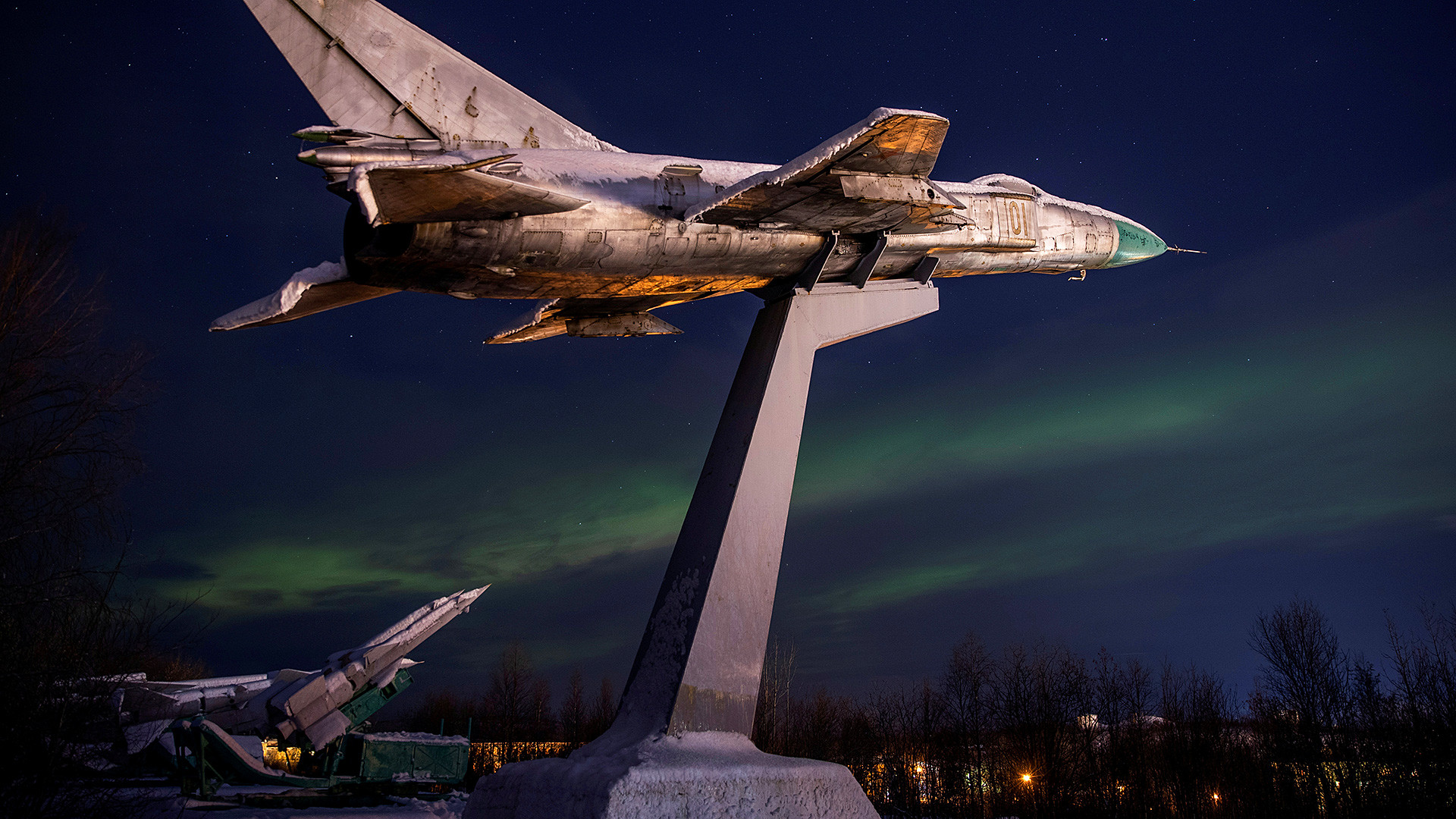 Northern lights over the memorial To Soldiers of the 1st Air Defence Corps to Abram Mys, outside Murmansk, late October 2019.

In the Arctic, it already starts getting dark early in October, and from late November the sun practically never makes its way above the horizon at all. The only light in these places comes from white snow and the aurora borealis. The sun only returns at the end of winter. The shortest polar nights are in Salekhard, the capital of Yamal, and also in the southern part of the Murmansk Region. This is often called "polar twilight" because the sun still appears, if only briefly. But the farther north of the Arctic Circle you get, the longer the night lasts. In some cases, this can mean for many weeks. 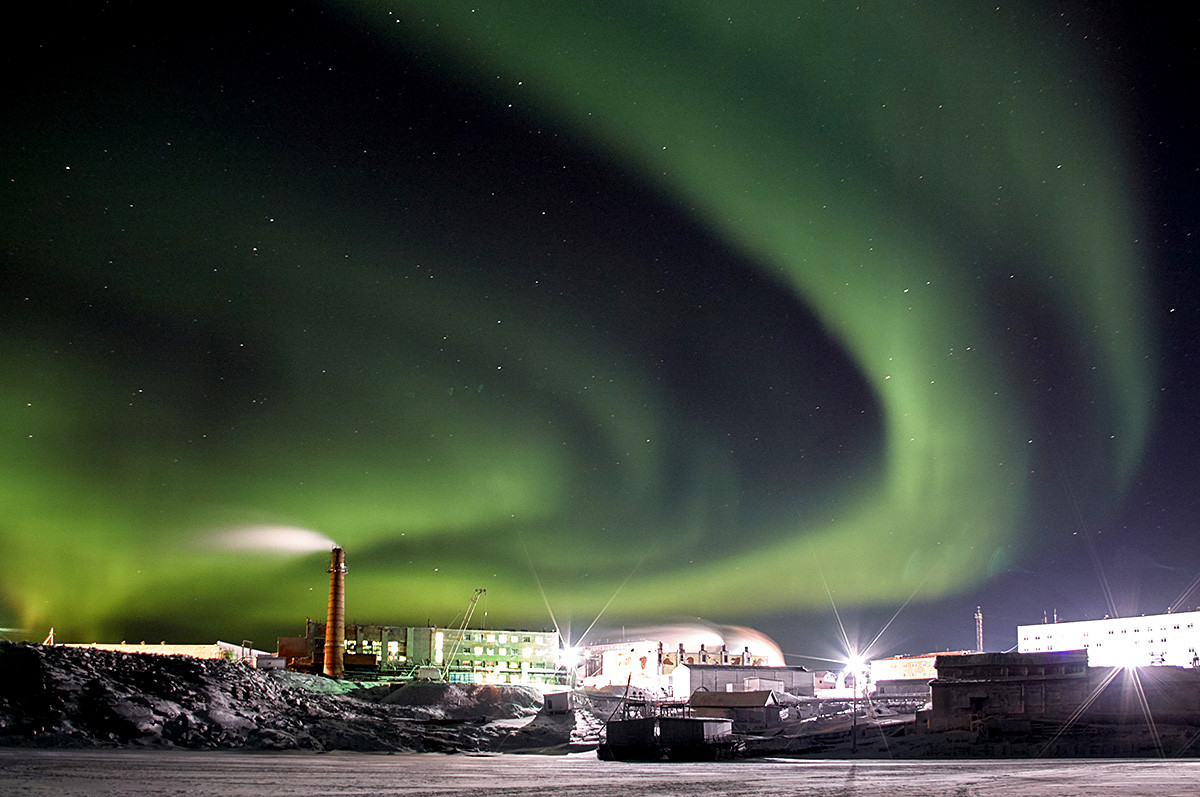 This village at the very edge of Taimyr is called the Arctic desert. It is a land of permafrost, endless winters and incessant winds. It is covered with snow from September to May. In Dikson, the polar night begins on Nov. 10-11 and lasts until early February. Its population has been steadily dwindling, dropping from around 5,000 people in the 1980s to just over 500 nowadays. 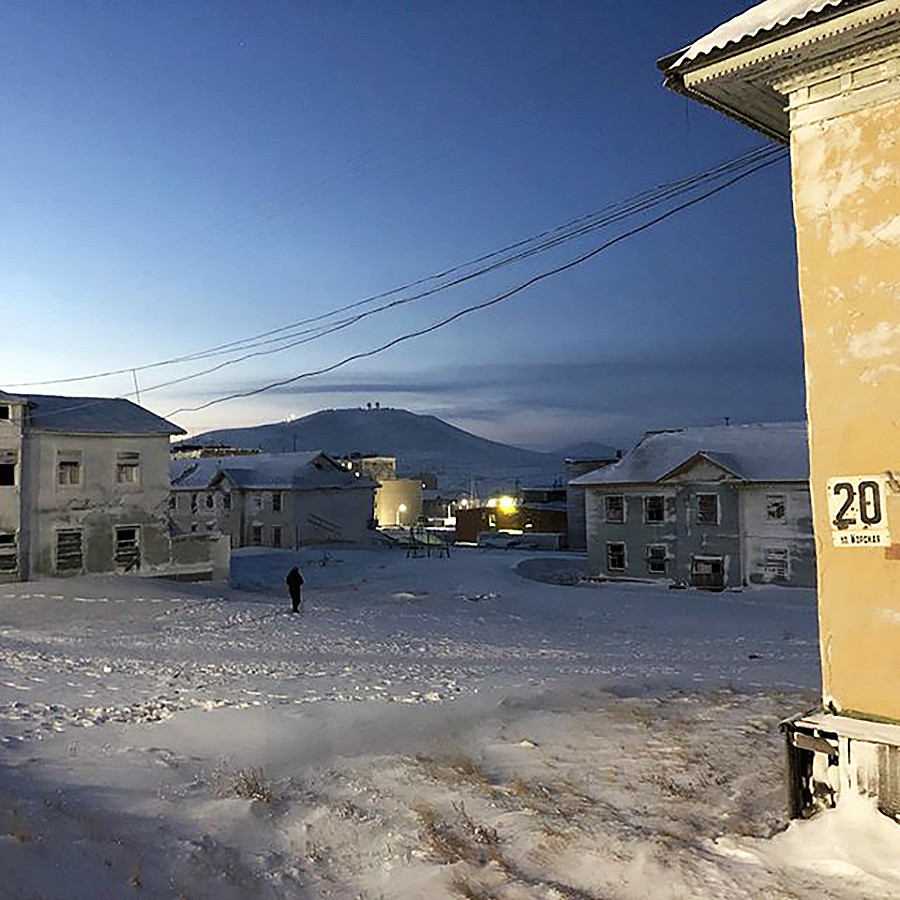 In this small village in the north of Yakutia, the polar night lasts from Nov. 17 to Jan. 25. Yulia Bogoslova, a former resident of Tiksi, recalls: “It doesn't mean that it is pitch-dark there all the time. When I returned from school at about 1:00 to 3:00 in the afternoon, it would get a bit light, but then it was dark again. People would have fluorescent lamps on near their flower pots on windowsills so that the plants were comfortable... But the northern lights were fantastic! They are an indescribable sight.” 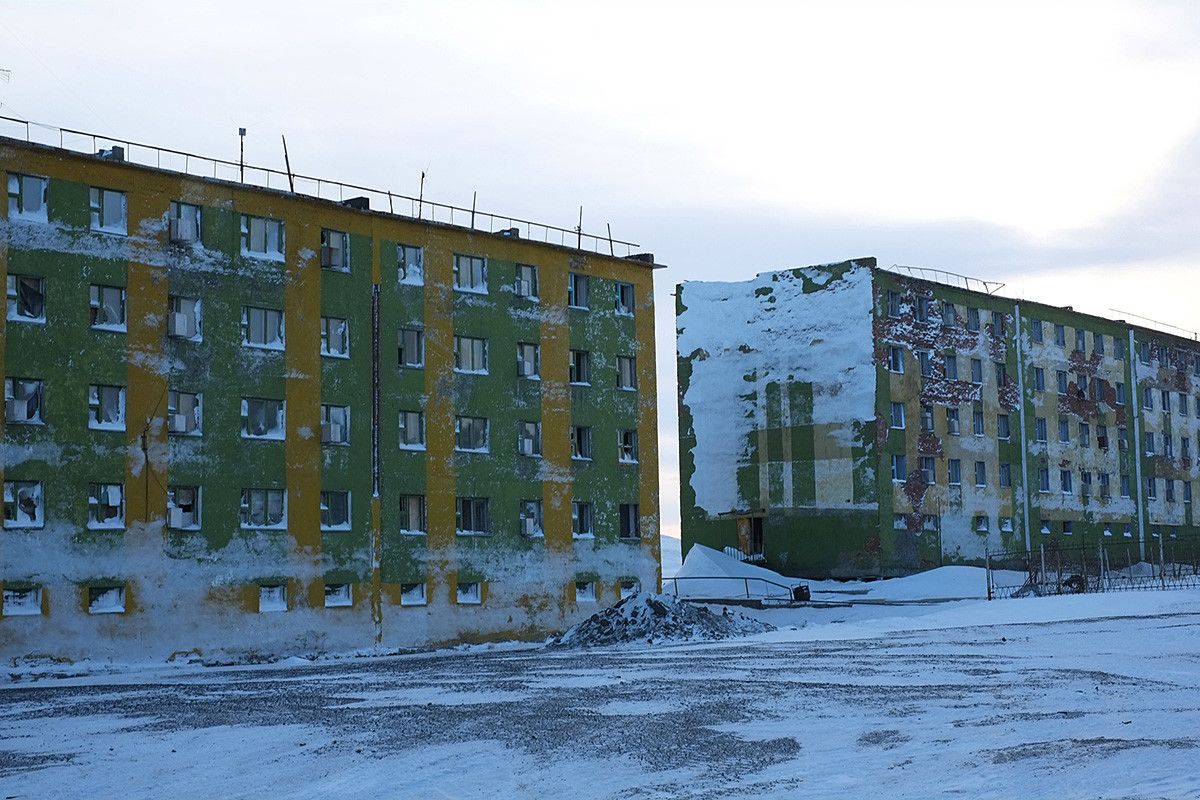 Officially, Pevek is the northernmost town in Russia. And one of its smallest. Its current population stands at just 2,500 people, a tenth of what it was during Soviet times. Like many places in the Arctic, Pevek can only be reached by plane (and by sea in summer), and all the houses here are painted cheerful colors. A local wind, known as the yuzhak, is one of the most treacherous on the planet. The polar night here begins on Nov. 27 and ends on Jan. 16. 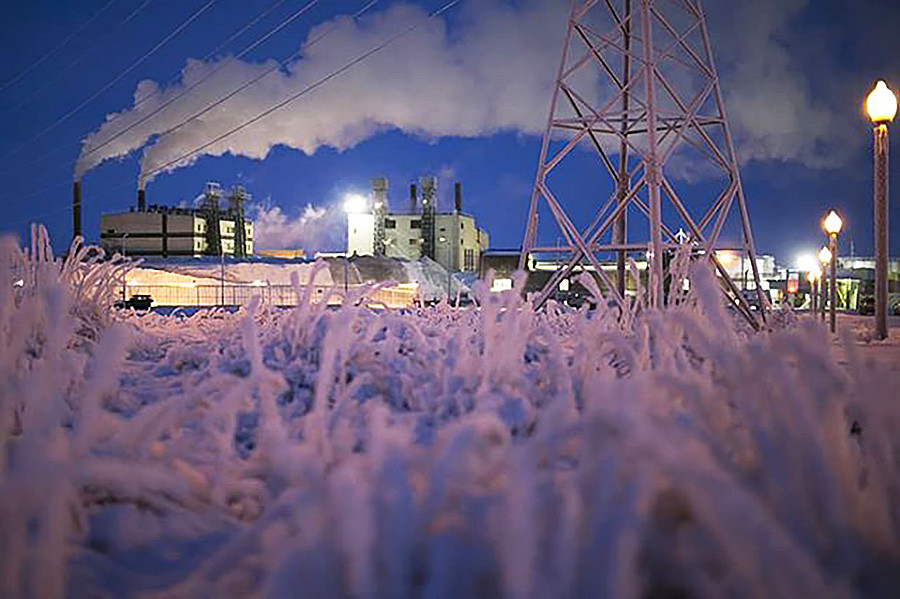 Valeria Silina, a local resident who moved here from Voronezh (a city in southern Russia with a million-plus population), says: “For me, the polar night is a tough period. Every time, I just try to survive it. If last year I suffered a long depression, this time my body is just going crazy. During the day, I am dying to go to sleep, but by midnight my biological clock tells me now is the time to do some ironing or watch a TV series. If you did not manage to escape to somewhere warm, singing in a hot bath with aromatic oils may help. As well as dreaming: during the polar night, dreams are like the sun—they make life warmer and brighter." 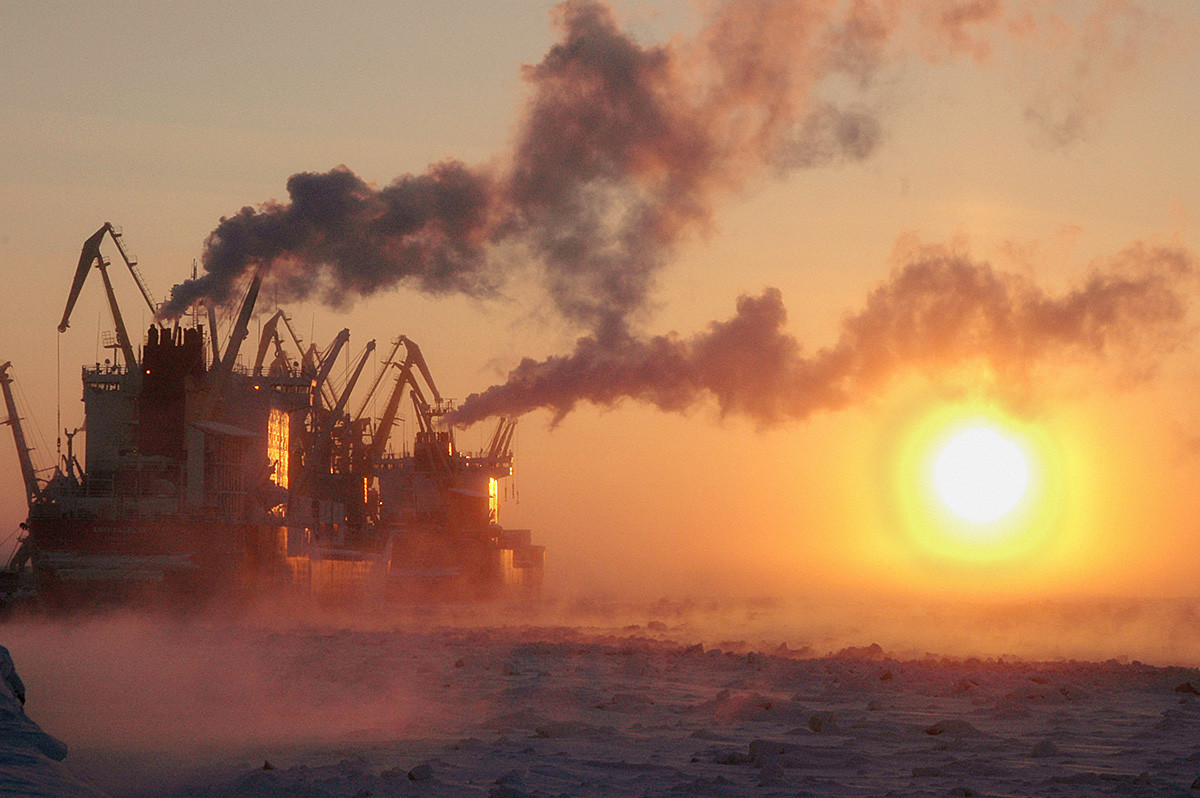 The first sunrise in Taymyr after the polar night.

In Norilsk (in the Krasnoyarsk Region), the polar night lasts from approximately Nov. 30 to Jan. 13. The only time that a bit of light comes out is between 1:00 and 2:00 in the afternoon, although describing this as light would be an overstatement. In reality, it just becomes slightly less dark.

Additionally, it is much colder here. Already in the fall, temperatures can drop to 30 C below zero! Add to this the Taimyr winds (the peninsula is often called “the cemetery of Atlantic cyclones”) and the lack of plants, and an ordinary day of a typical Norilsk resident starts to seem like a truly heroic endeavor during the polar night. And yet, people manage to find beauty even in this harsh land and climate.

One local resident says: “I come from a much warmer place, but I had no trouble adjusting to the North. During the polar night in Norilsk, I feel as if I were inside a fairy tale, it’s like a permanent New Year festive season.” It’s probably not for nothing that Norilsk residents are constantly reminded of the need to take vitamins (primarily fish oil and vitamin D) and do sports.

Murmansk has a population of about 300,000 people and is the world's largest city above the Arctic Circle. The polar night begins here on Dec. 1-2 and lasts until around Jan. 10-11. One local resident even went to the effort to film nearly 24 hours of darkness (although it gets a bit lighter in the afternoon).

One Murmansk resident wrote the following online: “There is nothing much romantic here. The first week is ok, but then it starts to get boring. Depression sets in, people get lost in time, suffer from insomnia, are desperate to catch just a glimpse of the sun. The best way to live through the polar night is to spend time at leisure centers, in the theater, in the cinema, doing sports, in other words, by doing anything to distract oneself and not have free time to entertain any unwanted thoughts." 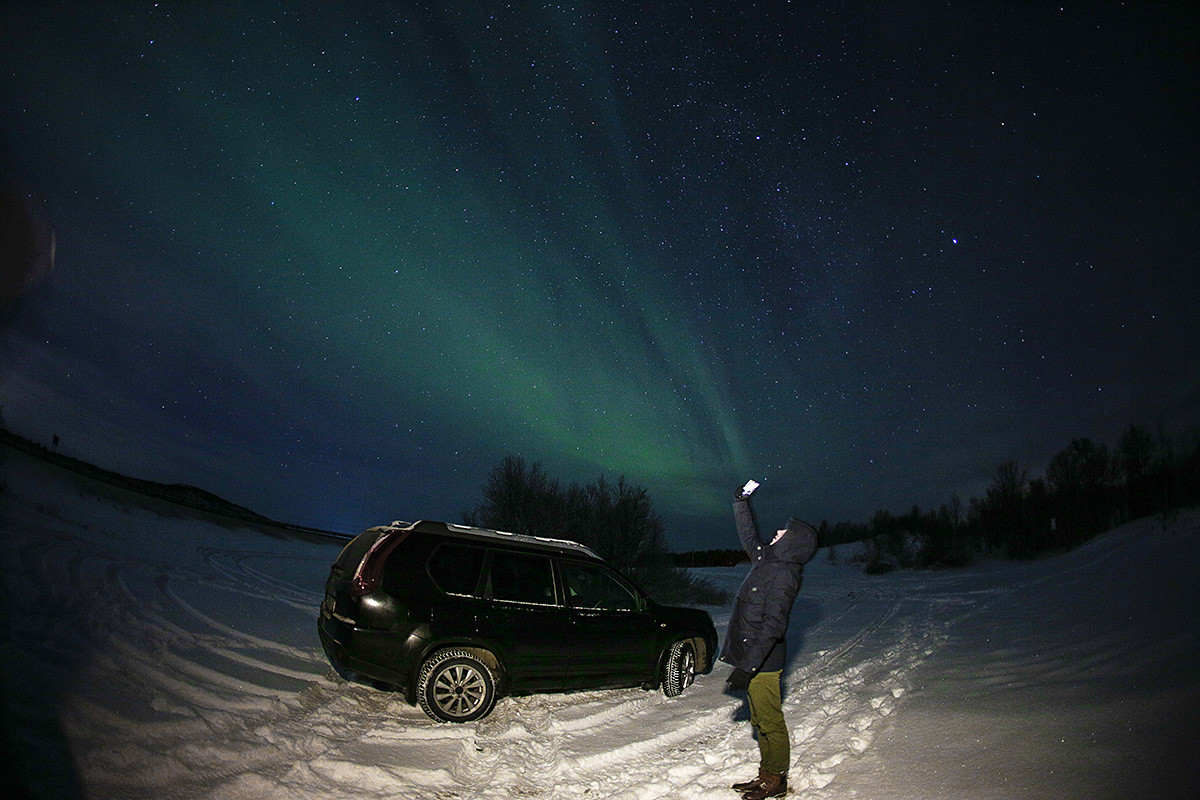 The city has very bright artificial lighting, which is meant to help stave off depression. For those who want more light, one major bonus to northern life comes in the form of aurora borealis. It can be seen in the city, although to see the northern lights in all their glory, it is, of course, better to travel to the countryside north of the city. The Murmansk Region is actually the most popular destination for tourists chasing the aurora borealis. During the polar night, school lessons in the region start later in the day and last five minutes less.

Another local resident shared her impressions: “It is like minor depression. In Murmansk, you can put up with everything: the cold, the wind, the rundown buildings, the dullness. But the polar night is killing me. As for aurora borealis, in my two years here, I have seen it just twice. Both times in the fall.” 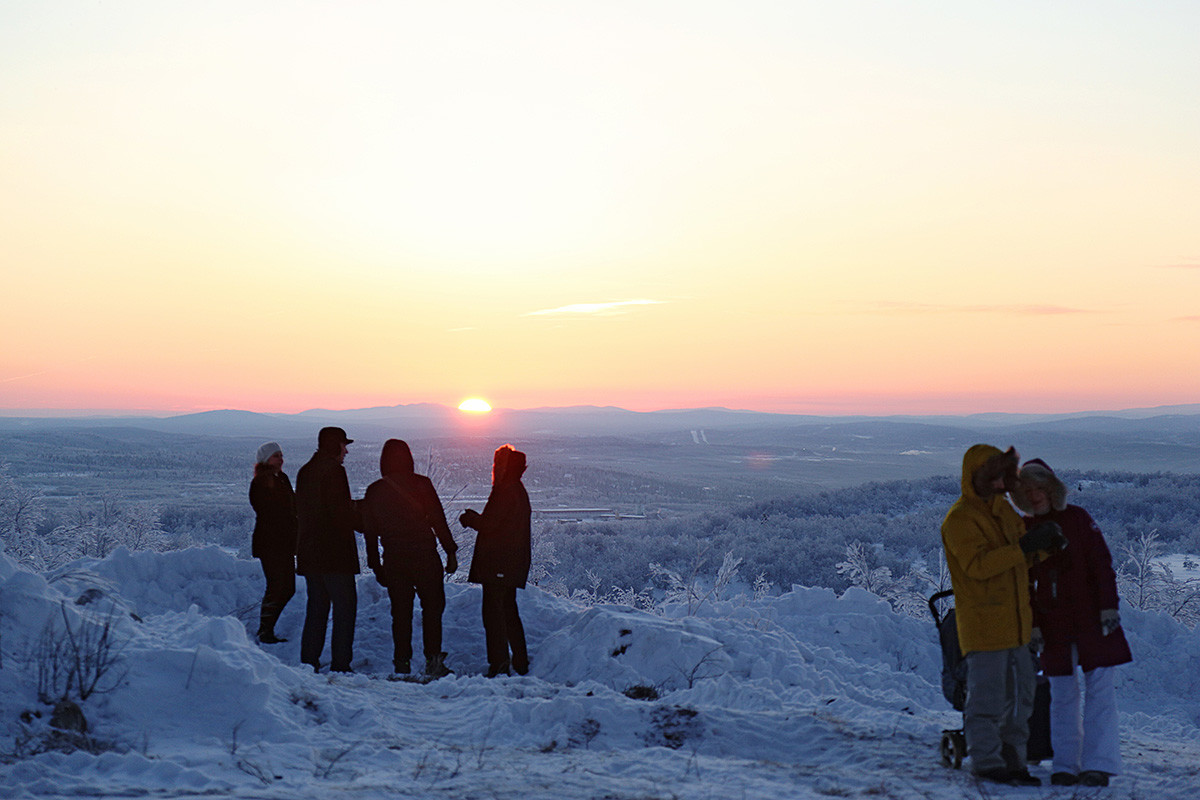 Murmansk residents have a tradition of welcoming the sun after the polar night. They gather at the highest point, the Solnechnaya Hill (“Sunny Hill” in Russian), to watch the first rays of the sun. 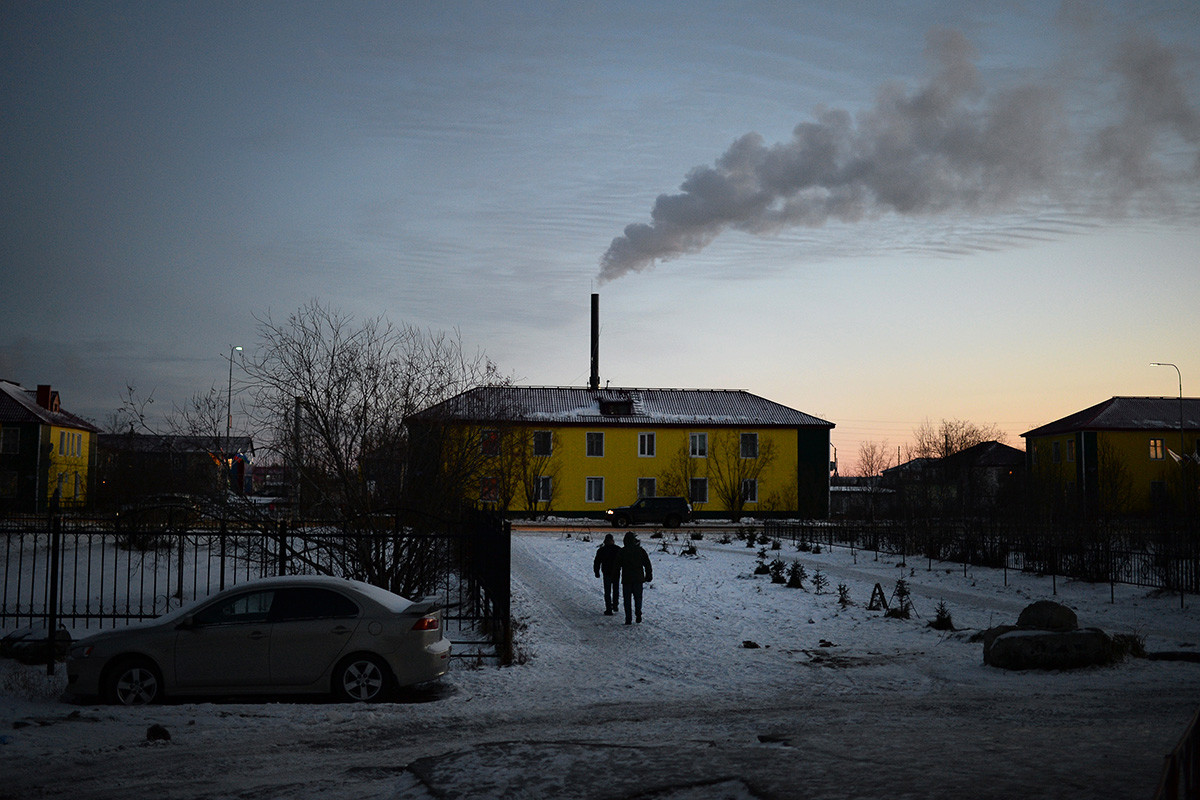 The capital of the Nenets Autonomous Area is a small city with a population of just 25,000 people. Naryan-Mar is considered the center of Arctic tourism, and people come here to ride deer and snowmobiles, to see the northern lights and to admire the endless tundra. The backdrop to these attractions are constant darkness and frosts that can go down to 40 C below zero. Sounds lovely, right?

The polar night here lasts from about Dec. 9-10  to Jan. 1-2. Naryan-Mar has a tradition of "seeing the sun off." On this day, reindeer herders end the nomadic season and settle down at winter pastures. 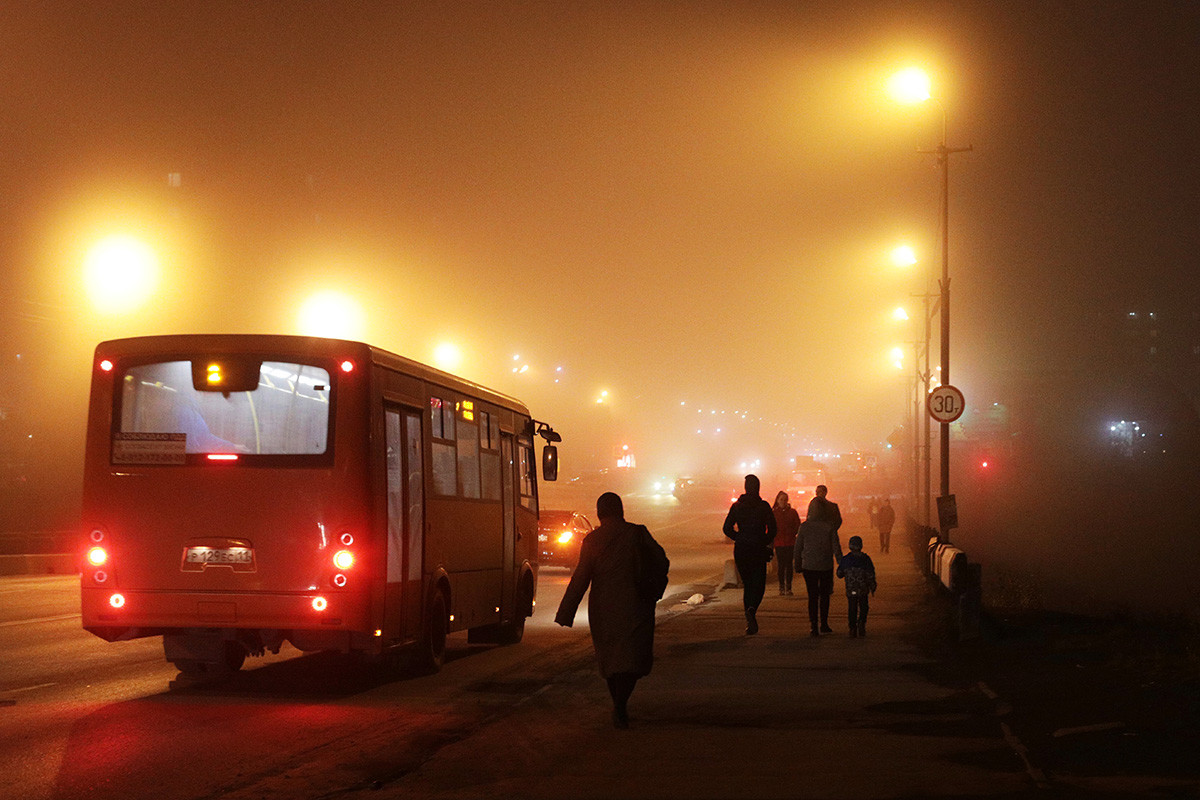 People walk at the street in Vorkuta.

The polar night is quite short in this mining city, lasting just 11 days in mid-December. However, this does not mean that the rest of the time there is light here. Anna Sorokina, a teacher who moved from Vorkuta to Moscow, says that in winter there is almost constant twilight, with temperatures of 40 C below zero and winds that "blow slate from the roofs.” She adds that, “On the plus side, occasionally you get the northern lights, and there are deer in the city streets. Тhey bring the indigenous people, the Nenets, to the city to do their grocery shopping.”