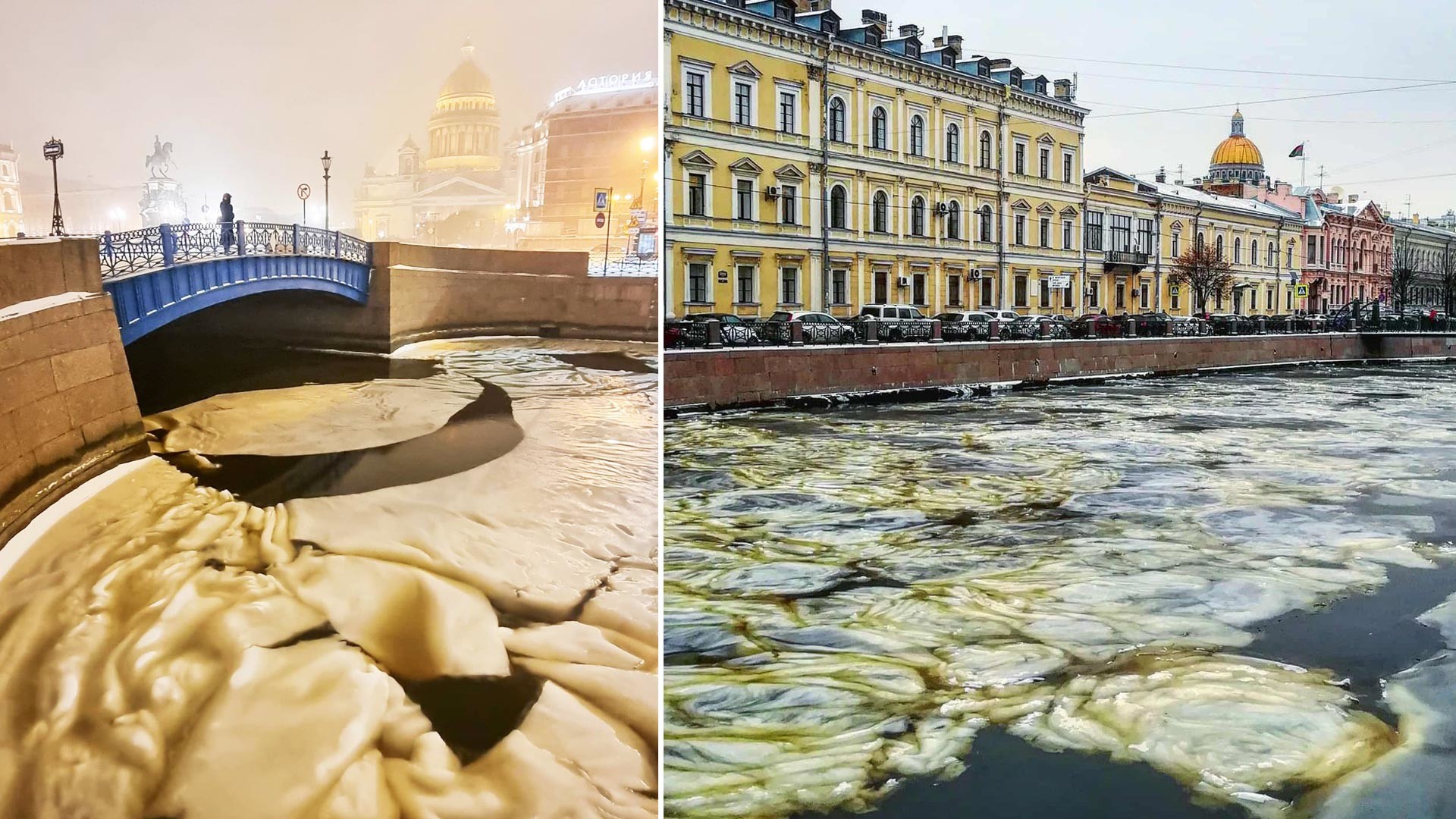 @natalia_krasnova_ ,@dmitry.vitushkin
Every year on Russia’s frozen rivers and lakes, there appear strange thick splotches. Locals are full of comparisons: a blanket, whipped cream, even overcooked pelmeni dumplings, but only the initiated know where they really come from.

“It was my 12th year of living by the water. I was walking along the Fontanka River when I saw this something (which, according to my own personal laws of the universe, has no right to exist in nature) and thought to myself: “Don’t let it be radioactive...,” writes St Petersburger Yulia Kotelnikova on Instagram.

The same natural phenomenon can be seen likewise in early and late winter on St Petersburg’s main waterway, the Neva River. In 2020, similar abstract ice patterns were also found on the Amur River in Blagoveshchensk and on the Moskva River in Moscow.

Social media users compared the patterns to whipped cream, the surface of Jupiter, a blanket, a Scottish-style plaid, milk froth, marble and even tea fungus.

“Someone forgot to take the pelmeni out of the Neva,” writes an Instagram user.

“Strange ice today. As if someone had painted large flowers on the Moika [River]. Like the peonies grown by my great-grandmother Manefa Petrovna that stared at you from the garden through the dacha window. She was very fond of flowers. Back then I was still so small they seemed to tower over my head. Today, on the Moika, I could almost smell their long-forgotten aroma,” writes Dmitry Vitushkin.

These patterns have a name: “Ice lard.”

In fact, it is nothing more than a thick layer of fine ice crystals that appear on the surface of the water during the first cold snap.

Here’s what the first stage of this ice-crust formation looks like.