Travel
Russia Beyond
Every year, the All-Russian nature festival ‘Pristine Russia’ exhibits the most exciting snaps of the country’s unique flora and fauna. 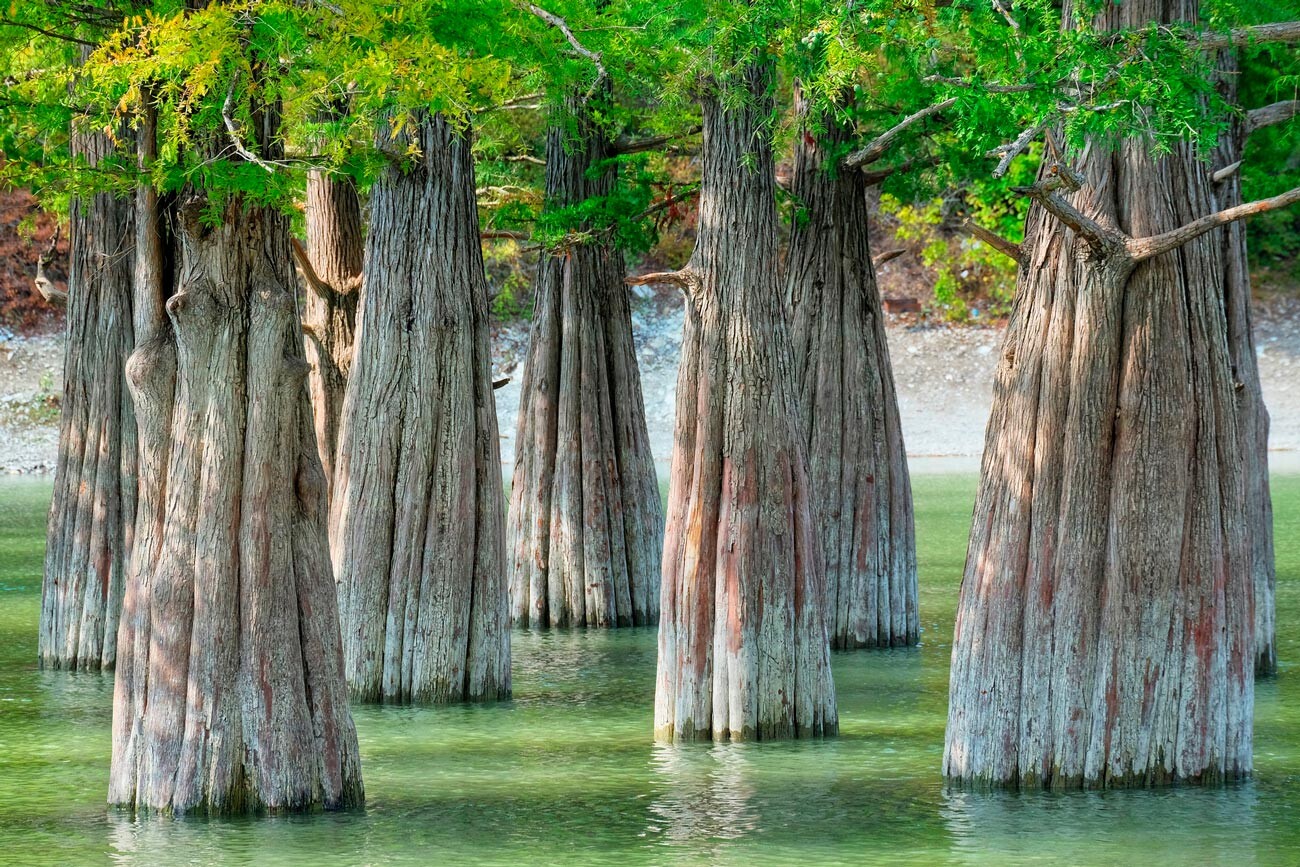 The amazing Lake Sukko near Anapa in the south of Russia is a popular tourist attraction. And in the fall, the trees turn red, making the area resemble a fairy forest. See more photos here. 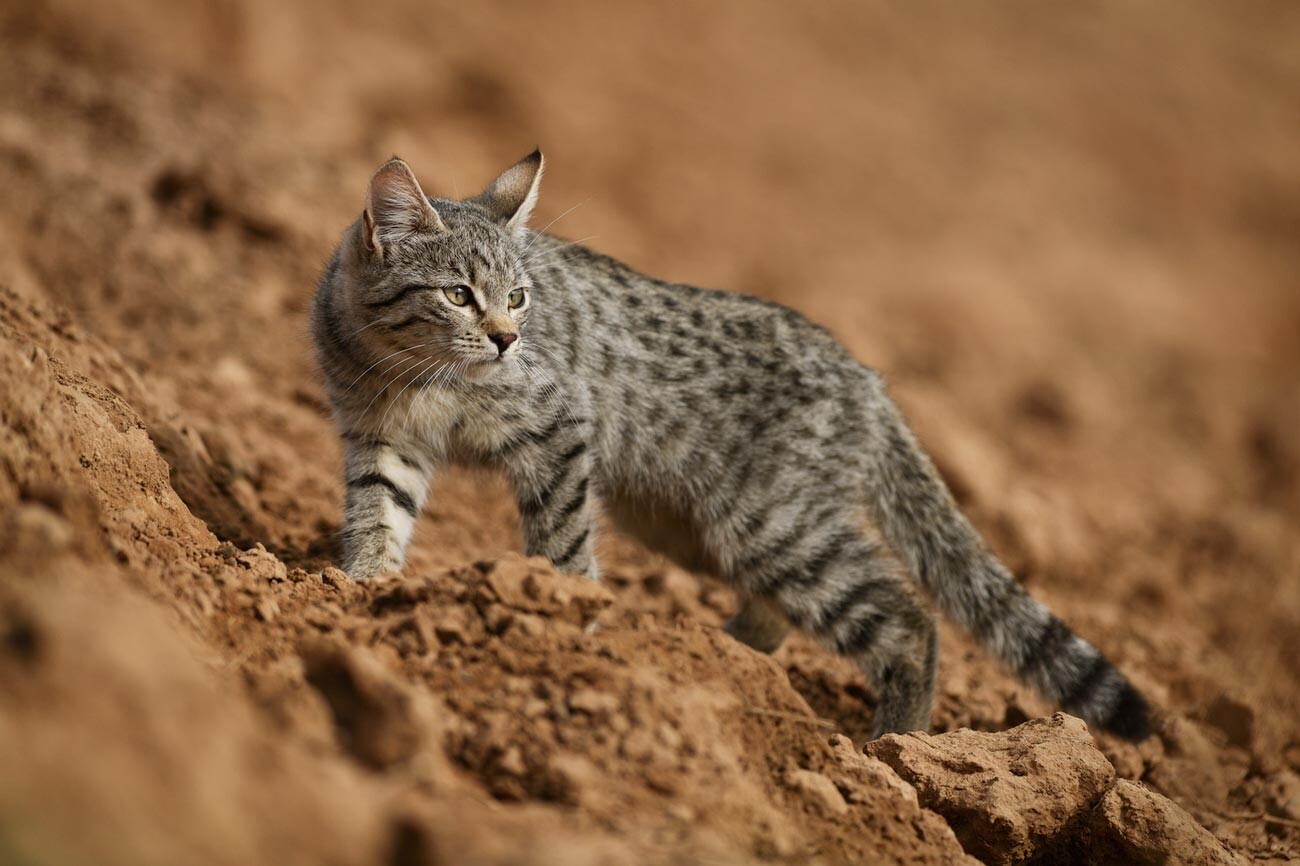 There are eight species of wild cats in Russia: from the Amur tiger and Pallas’s cat to this steppe cat. It’s rare even for an experienced photographer to encounter one of them. Read more about the wild cats of Russia here. 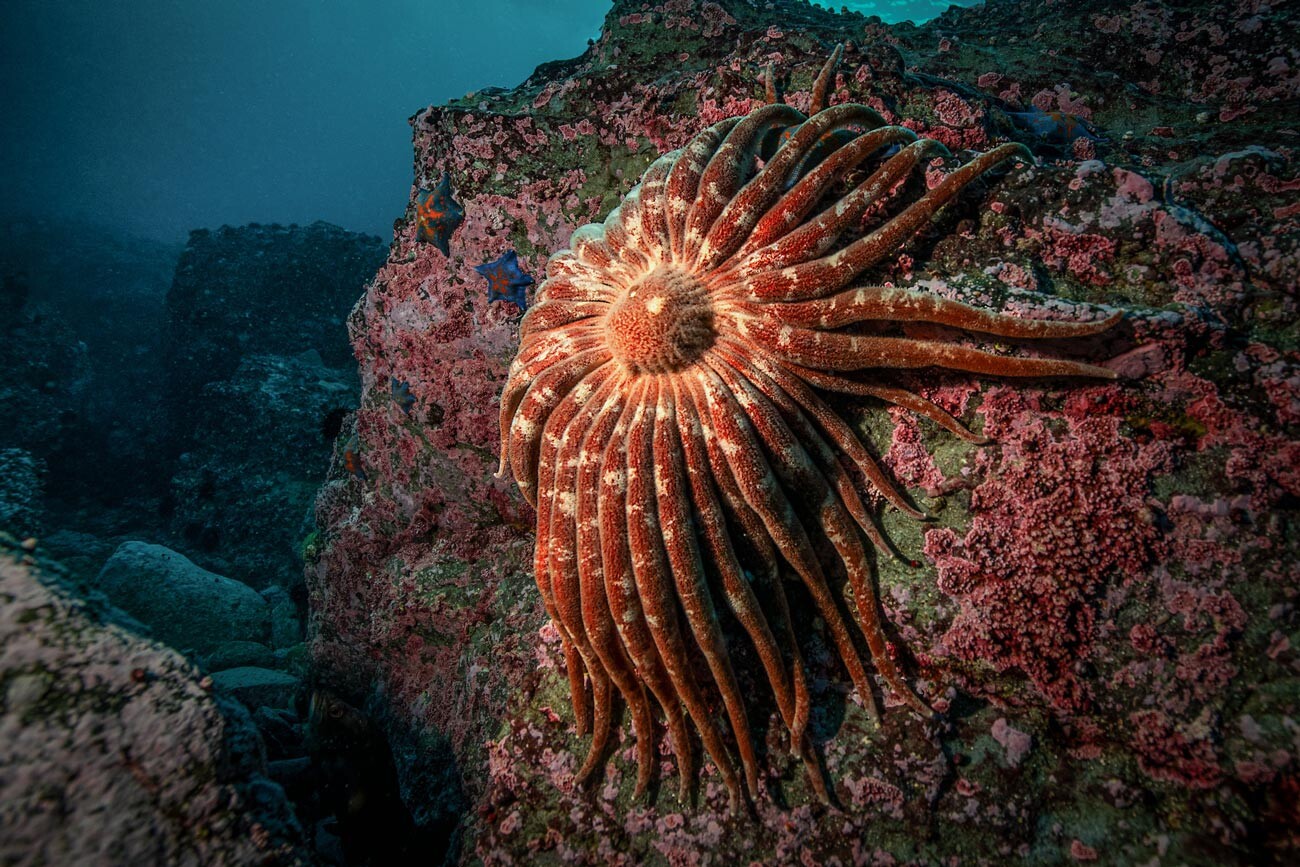 Photographer Andrei Balta found this sunflower sea star, or pycnopodia, in the underwater world near Moneron Island, not far from Sakhalin Island. It is about 80 cm in size and can move surprisingly fast. 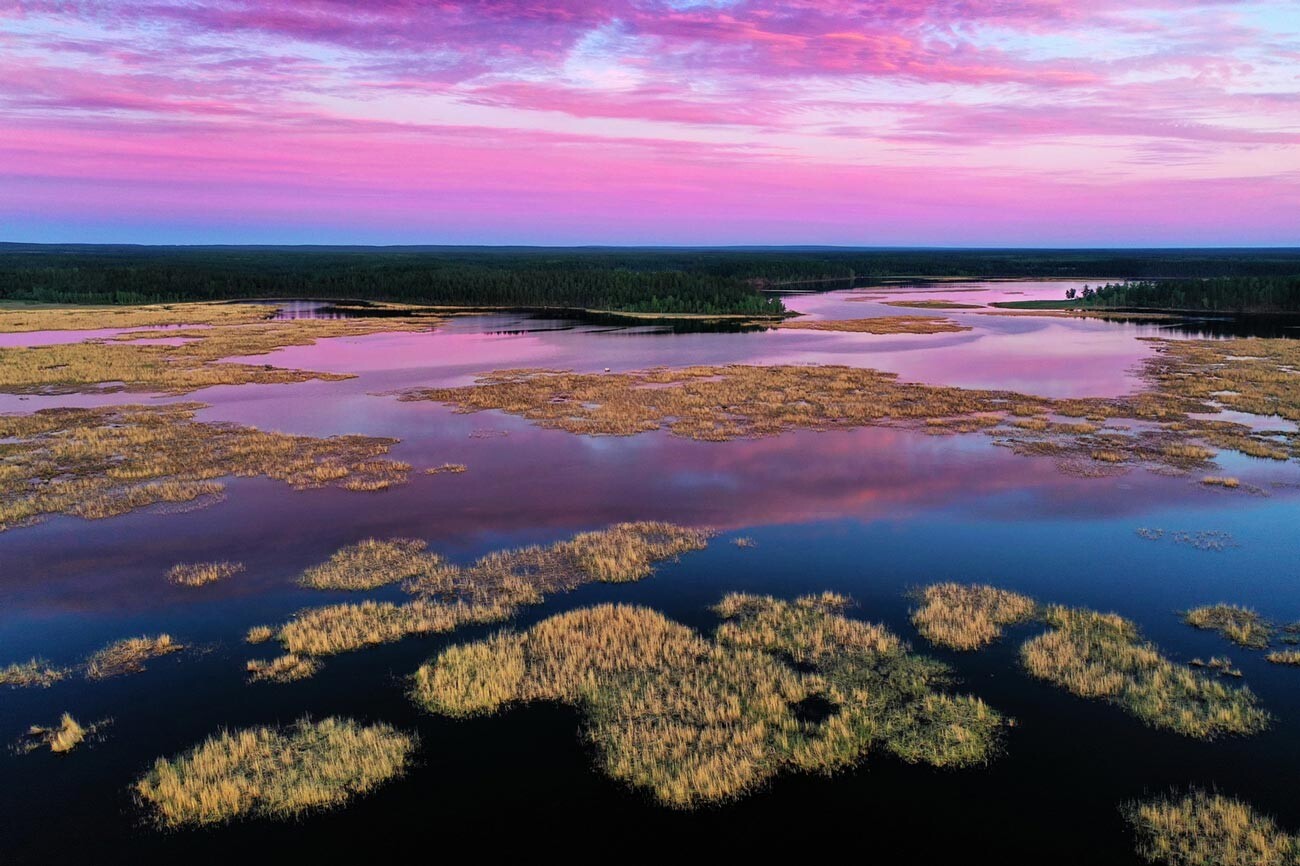 There are many thermokarst lakes in Russia. Such unusual water reservoirs are formed in the permafrost zone as a result of ice thawing and soil subsidence. Read about the deepest lakes in Russia here. 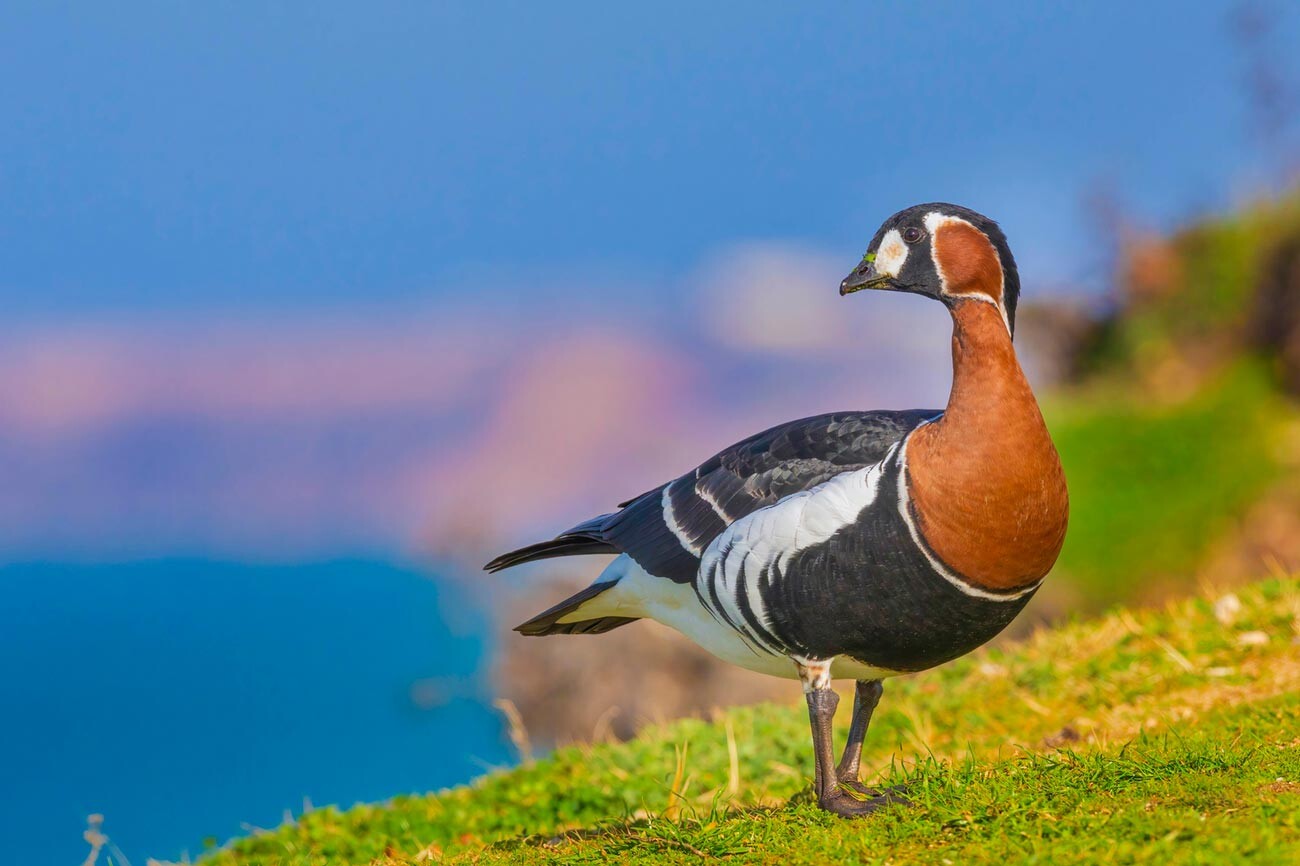 The red-breasted goose is endemic to Russia, which means it only inhabits here. It is a rare species of goose, which nests on the Taimyr Peninsula and other places in the Russian tundra and fly south in winters - to the Black and the Caspian Seas areas. Read about other animals found only in Russia here. 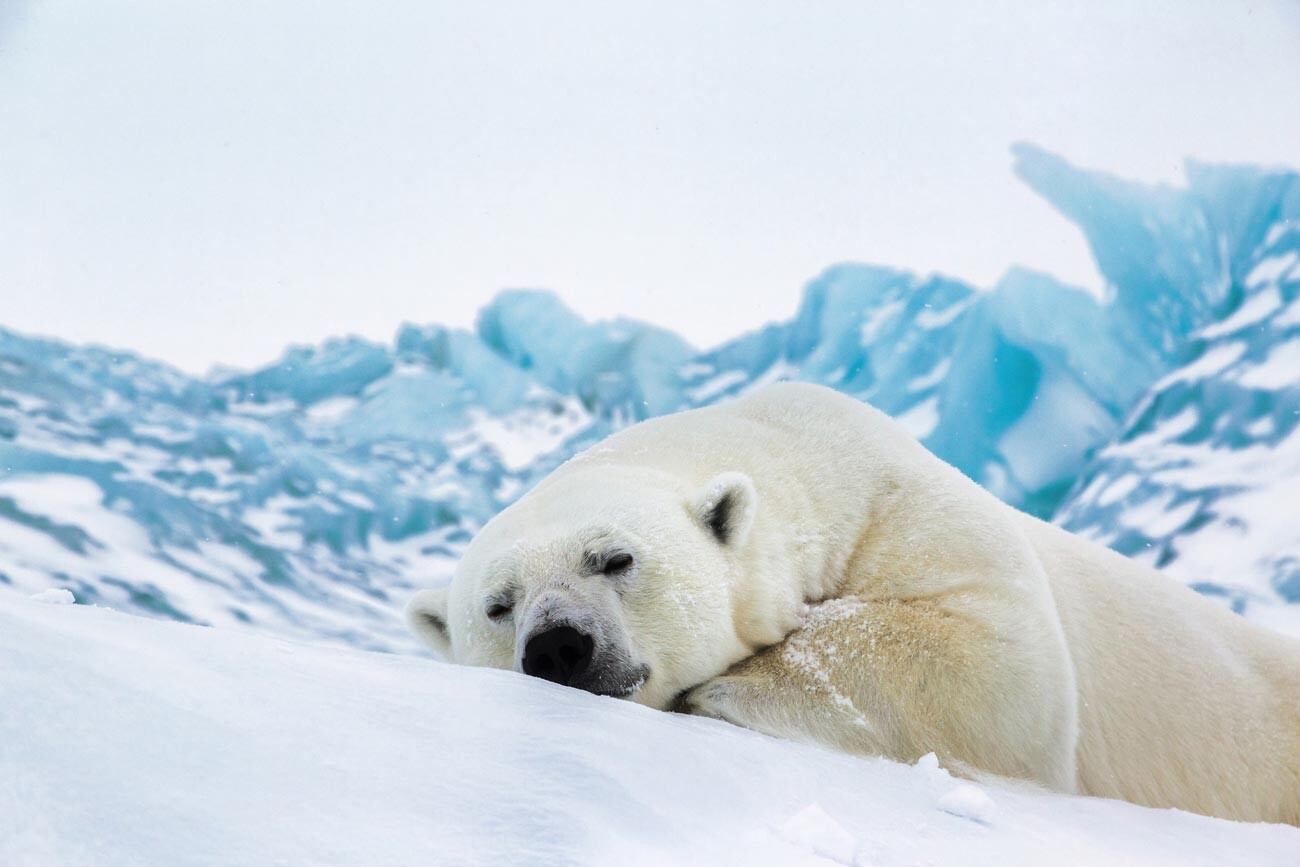 ‘Umka’ is a character and title of a Soviet animation film about a polar bear cub and his mother bear. The cartoon’s song ‘Bear's Lullaby’ became incredibly popular and the polar bear became erroneously perceived as a cute, cuddly creature across the country... But, of course, that’s not the case. Here are tips on how to behave if you, on the off chance, happen to come across polar bears! 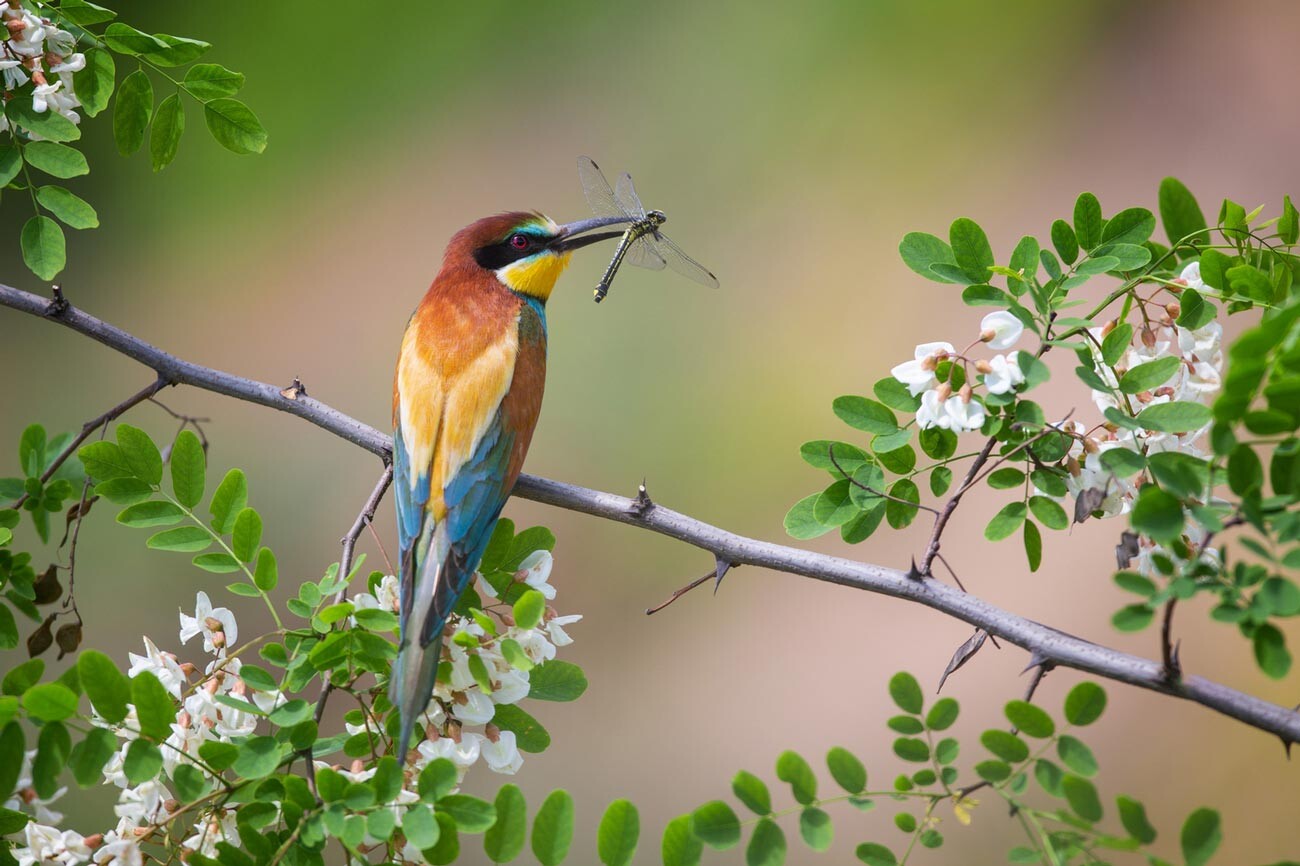 Russia has four climate zones, from the polar zone in the north to the sub tropics in the south. Read about the hottest places in Russia here and how people live in the coldest places, with temperatures as cold as -50°C, here. 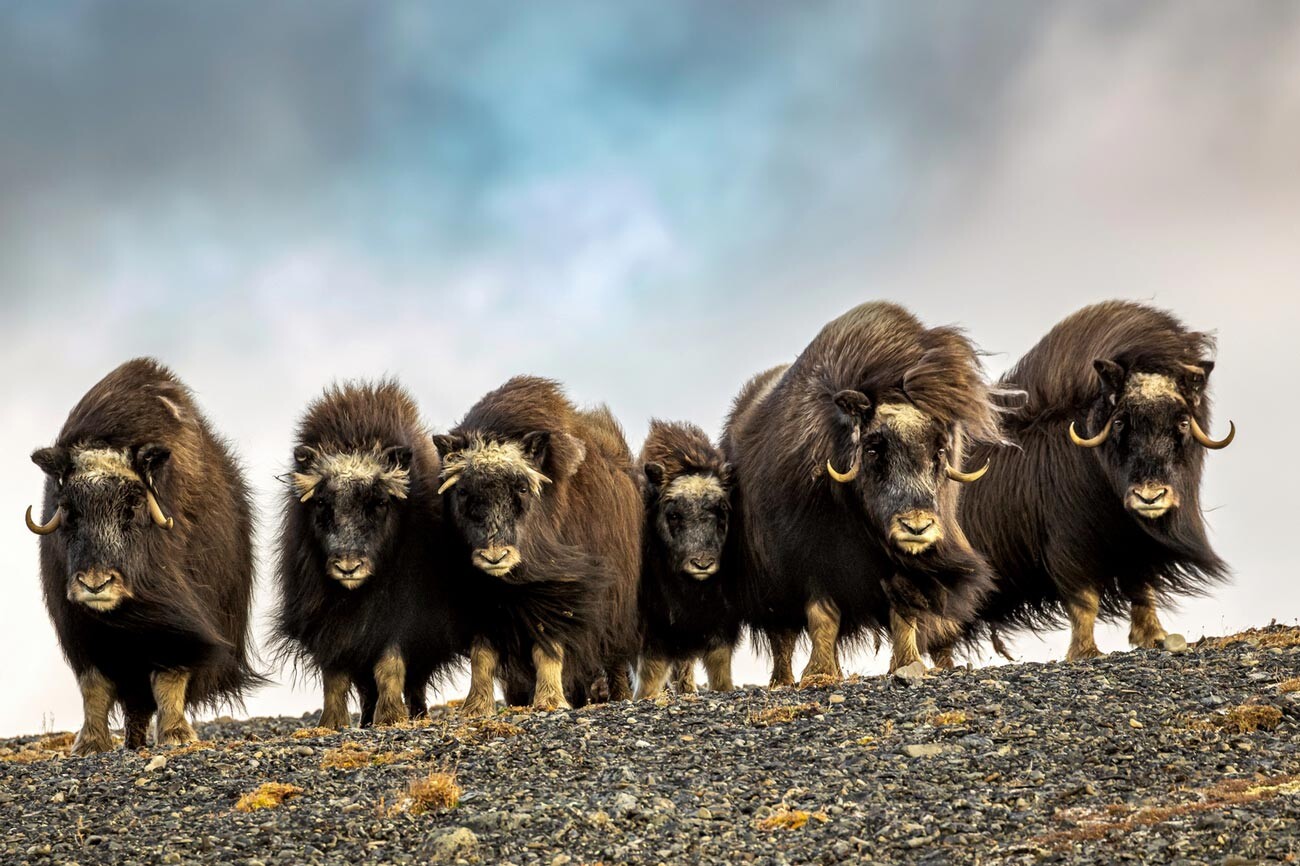 Vitaly Gorshkov takes a lot of pictures of wild animals: bison, walruses, polar bears and Arctic foxes. But, even for him, it was a real achievement to catch these musk oxen, the contemporaries of mammoths, on the Taimyr. These animals are unpredictable: “They may run away as soon as they see a man, or not pay any attention to him,” Gorshkov said about the photo (link in Russian). 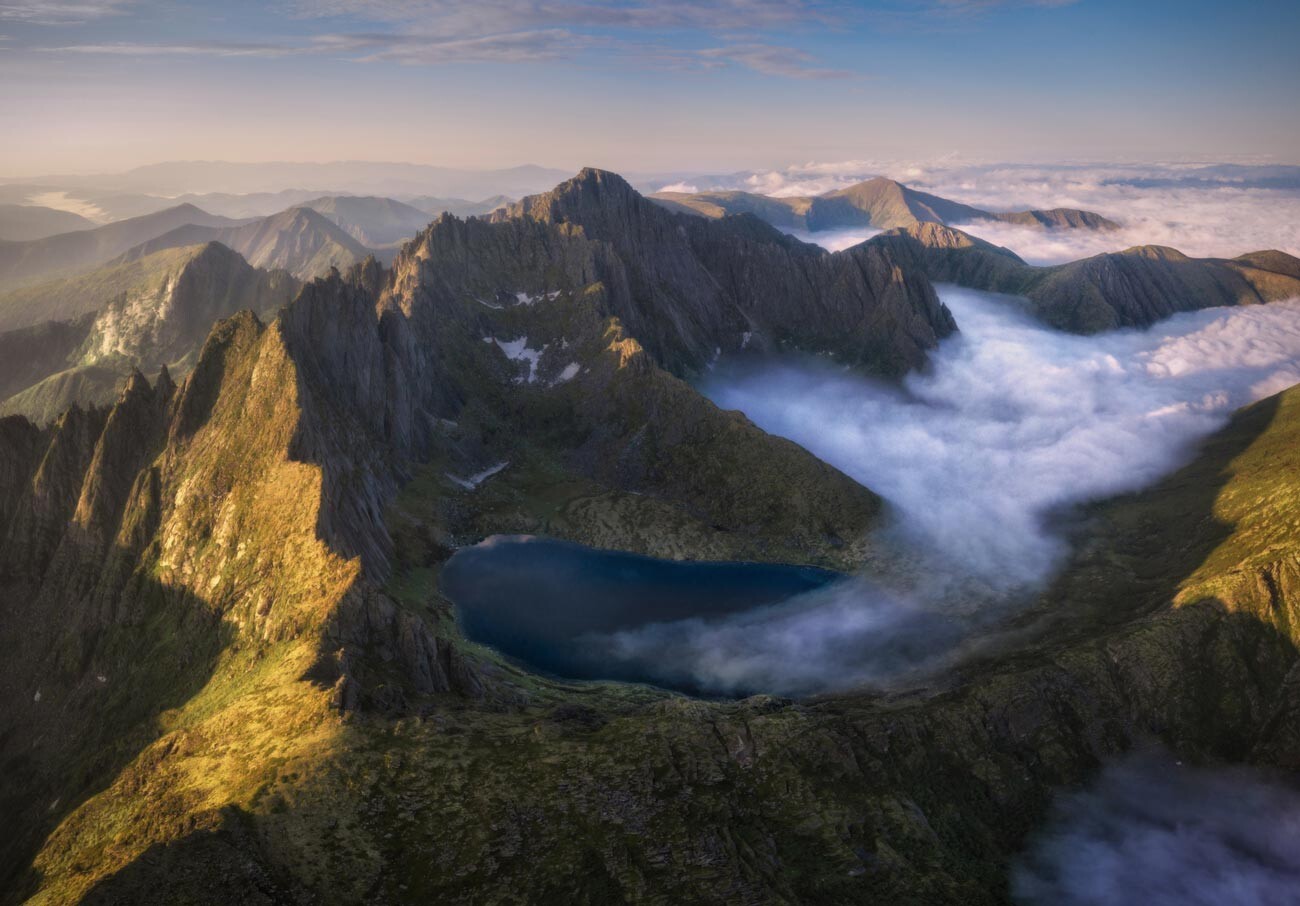 This mountain range in the Far East of Russia is one of the wonders of Khabarovsk Territory. There are unique beautiful places there, including rivers, cliffs and waterfalls. And thanks to its difficult accessibility, this place has managed to preserve its pristine beauty. Read about the most remote places in Russia here. 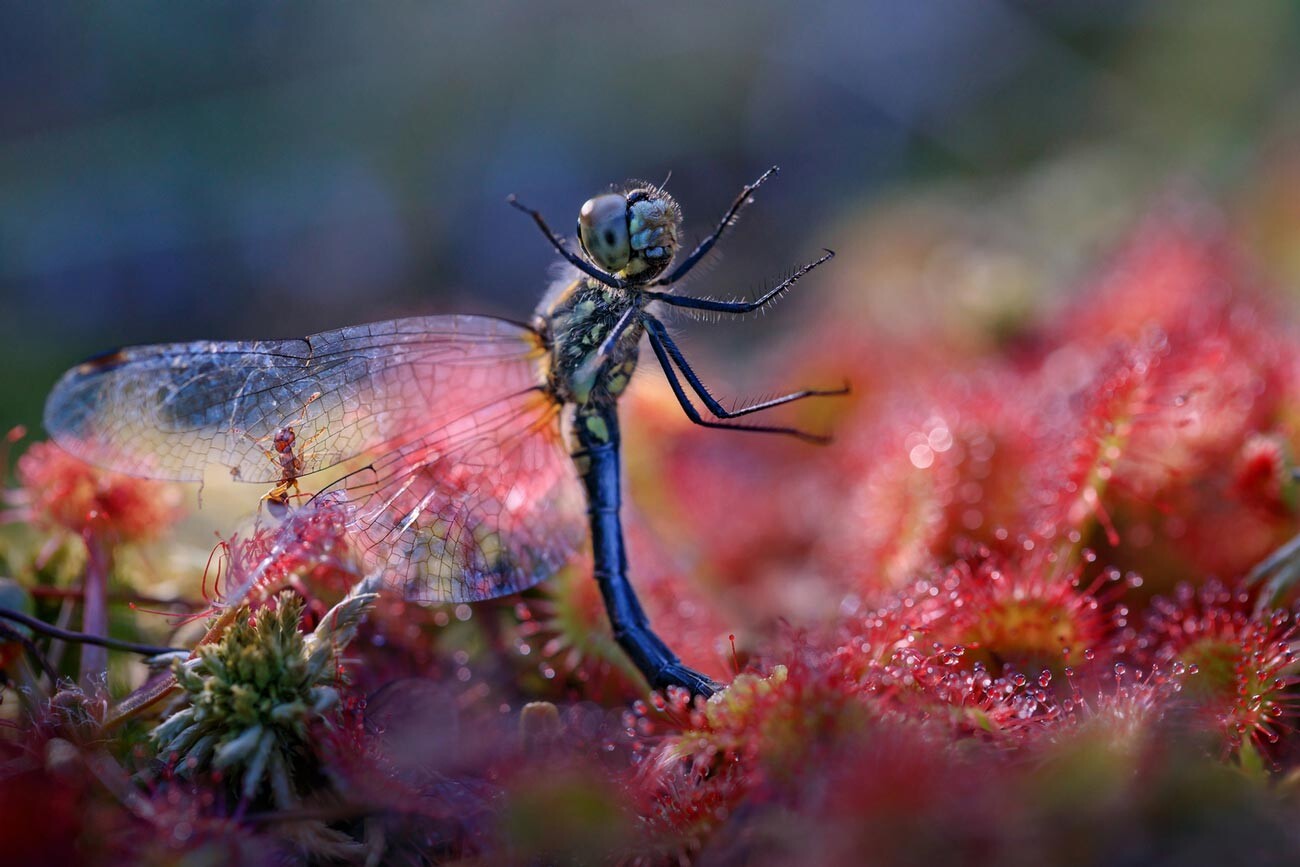 Valeria Zvereva is an awarded photographer famous for her amazing macro photography of the world that’s not noticed by the human eye (can you spot the ant?). 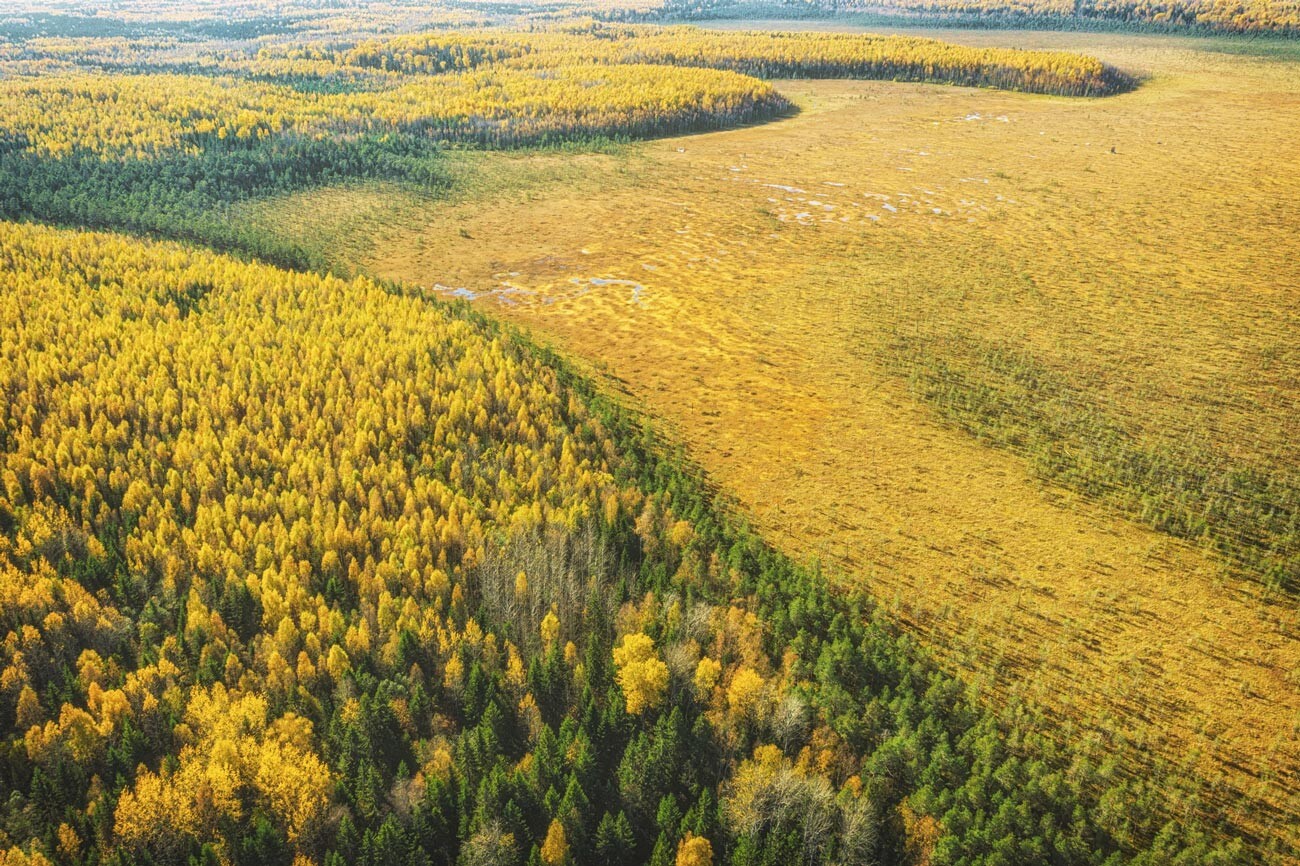 Dmitry Ivanov focuses on taking pictures of forests and nature reserves - the nature in his lens shows up in the morning frost or in the magical light of the sunset or in the mysterious fog. Read about Russia’s nature parks that are especially worth visiting. 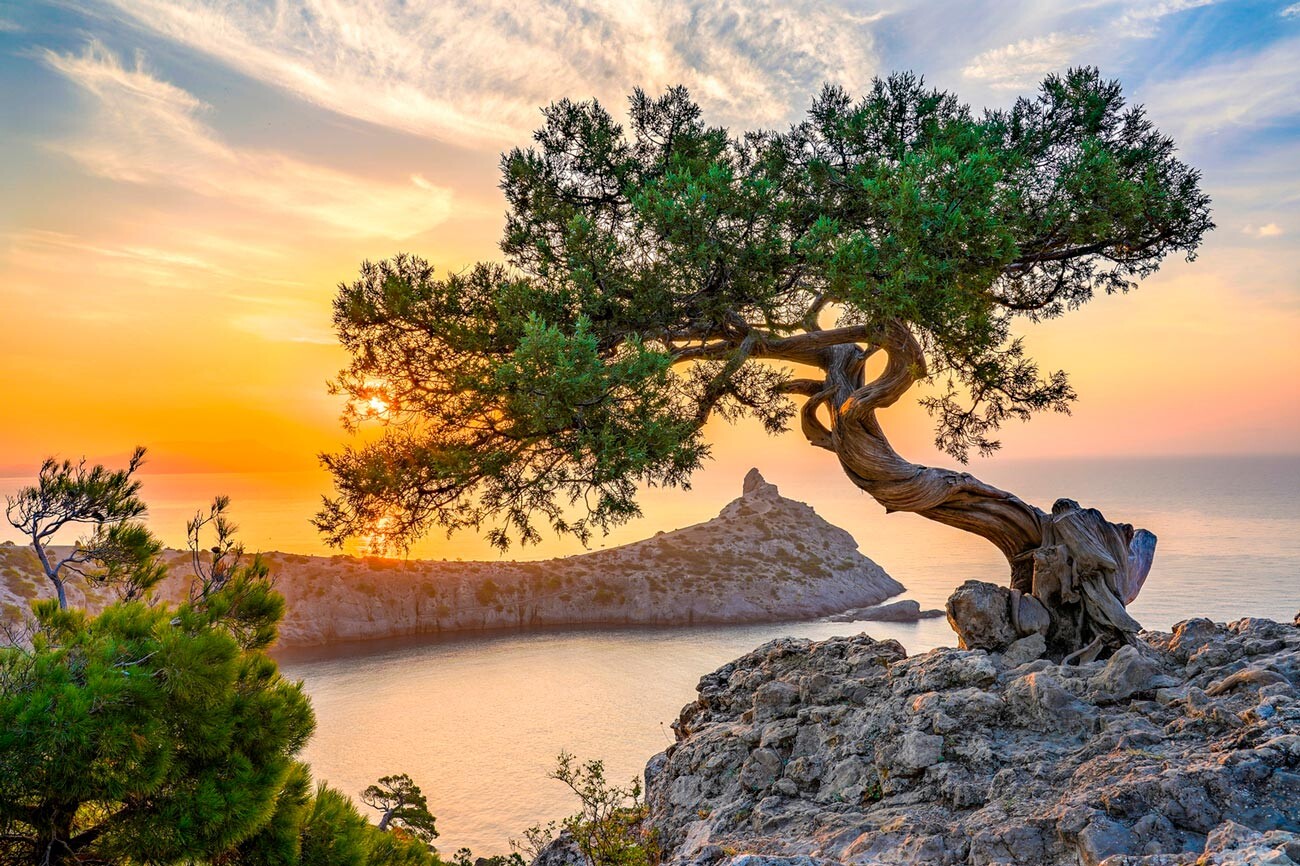 The view point near this Bonsai tree is one of Crimea’s landmarks. This beautiful place is situated in the village Novy Svet near the city of Sudak. Read about places in Crimea that you should definitely visit here. 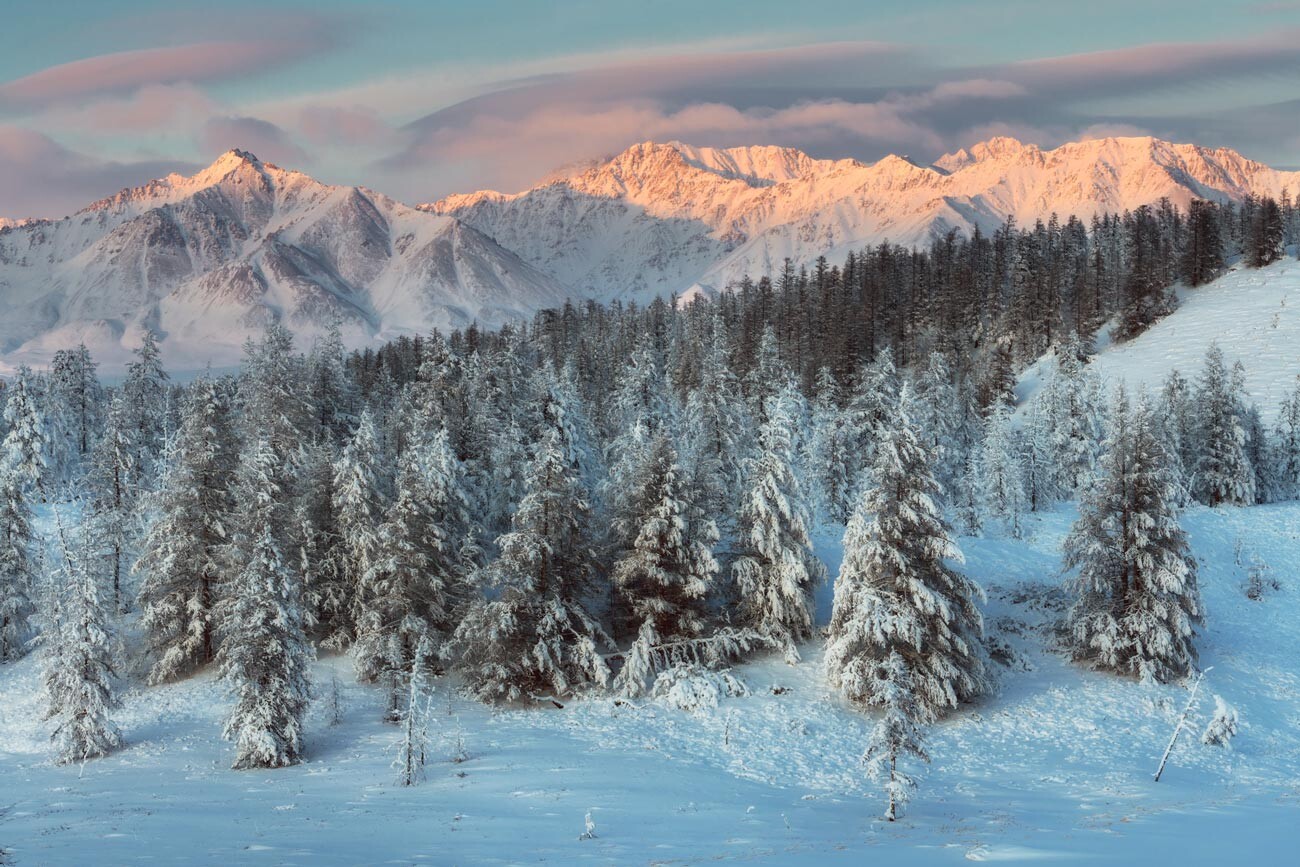 Comparable in size to the Caucasus, this mountain range in Yakutia was explored and mapped only in 1927. Check out other photos of Yakutia through the eyes of a local photographer here. 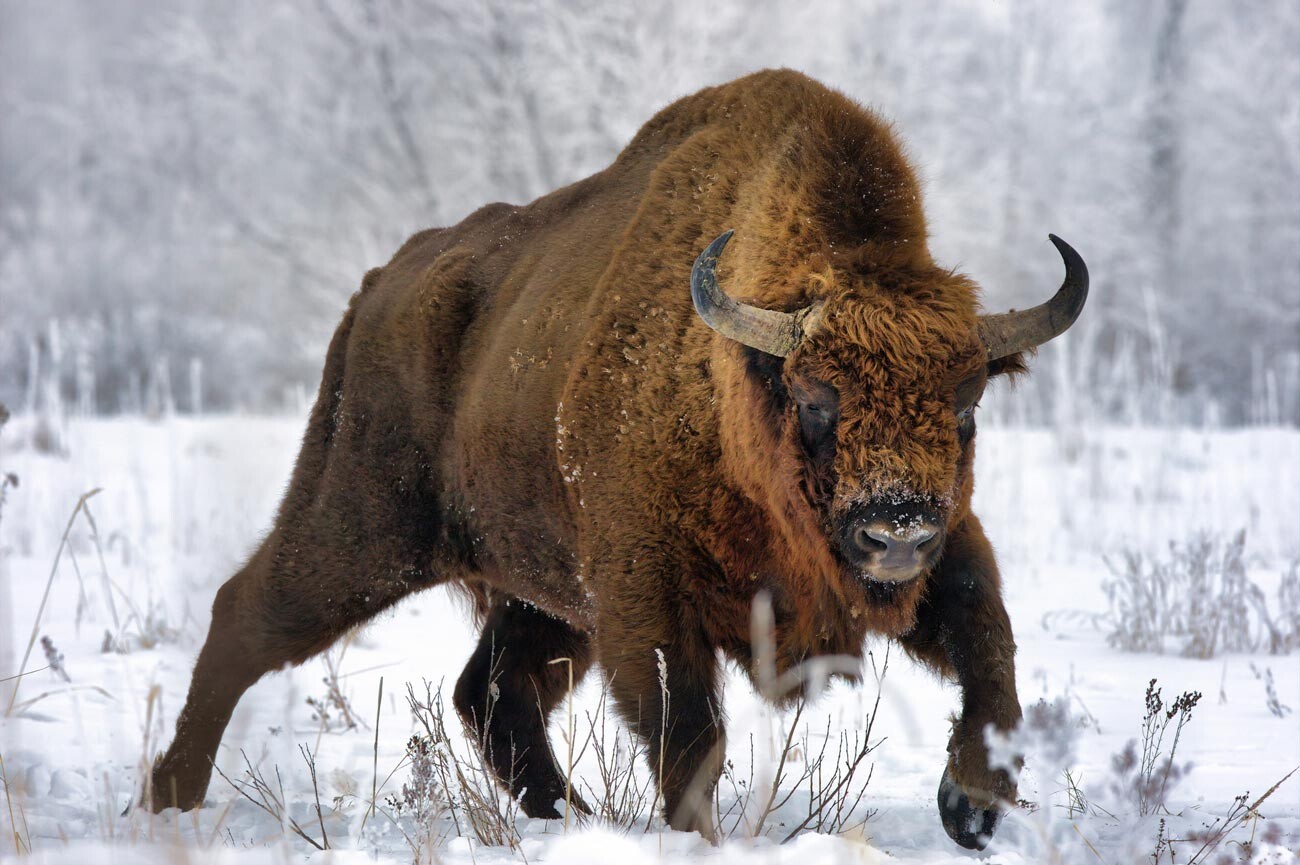 Oleg Panteleev was one of the ‘Pristine Russia’ festival organizers and president of the Russian Union of Nature Photographers. His real passion has always been animal photography: he’s taken pictures of elusive animals, such as bears, wolves, wild boars and partridges - he’s had all kinds of animals in his lens, including the mighty zubrs, or european bisons. 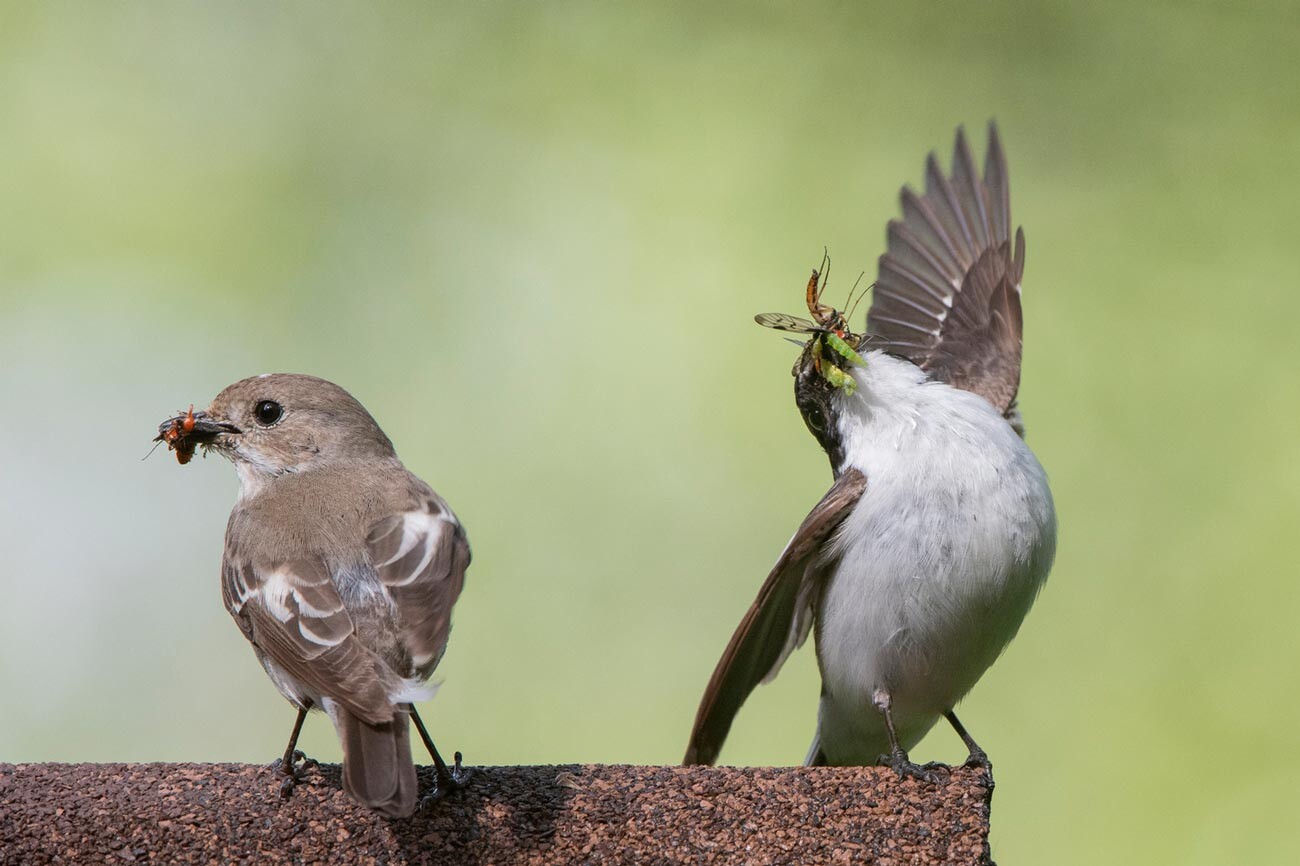 Tyakht has made it twice to the finals of the prestigious Wildlife Photographer of the Year competition. The photographer is mostly keen on taking pictures of small birds, but he also managed to take unique shots of other rare animals in the Altai Mountains, Kalmykia and other places in Russia.

16. Olesya Fedoseyenkova. The flowers of the Caucasus 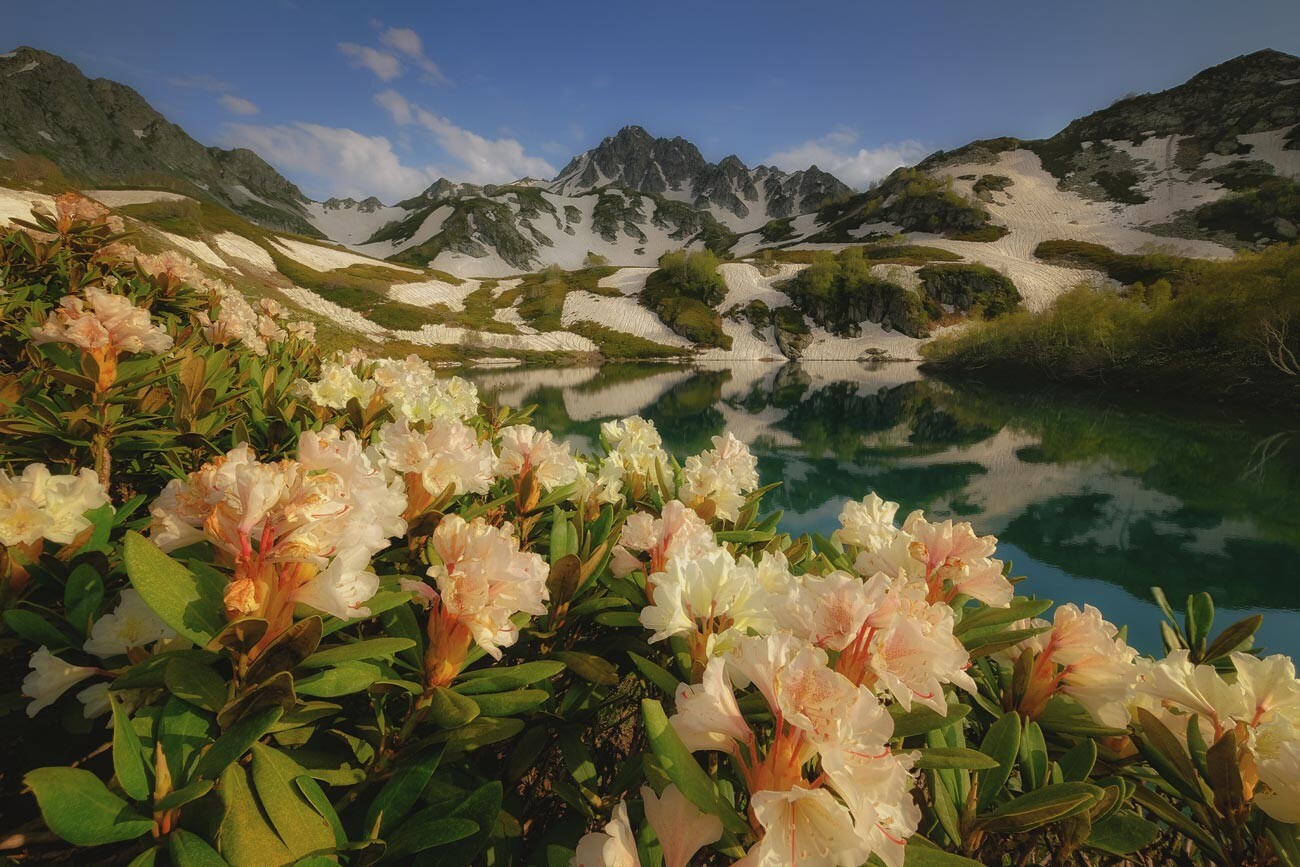 The Russian Caucasus amazes with its diversity and beauty. This photo was taken at Lake Gitche-Kel in the Republic of Karachay-Cherkessia. Take a look and read about the other most incredible places in this mountainous area here. 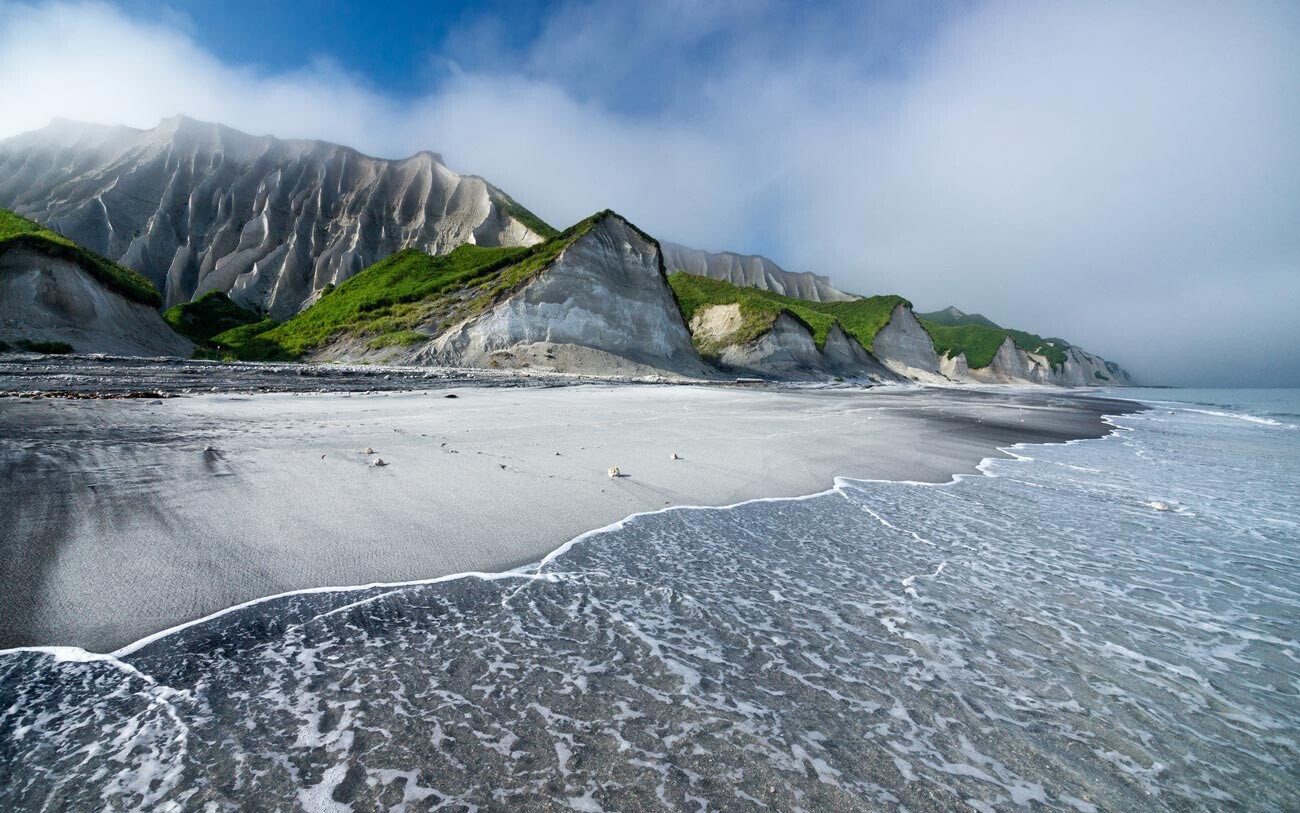 These picturesque rocks were formed as a result of a volcanic explosion - they are located at Iturup, the largest island of the Kurils. The landscape features a beach of quartz and volcanic sand. 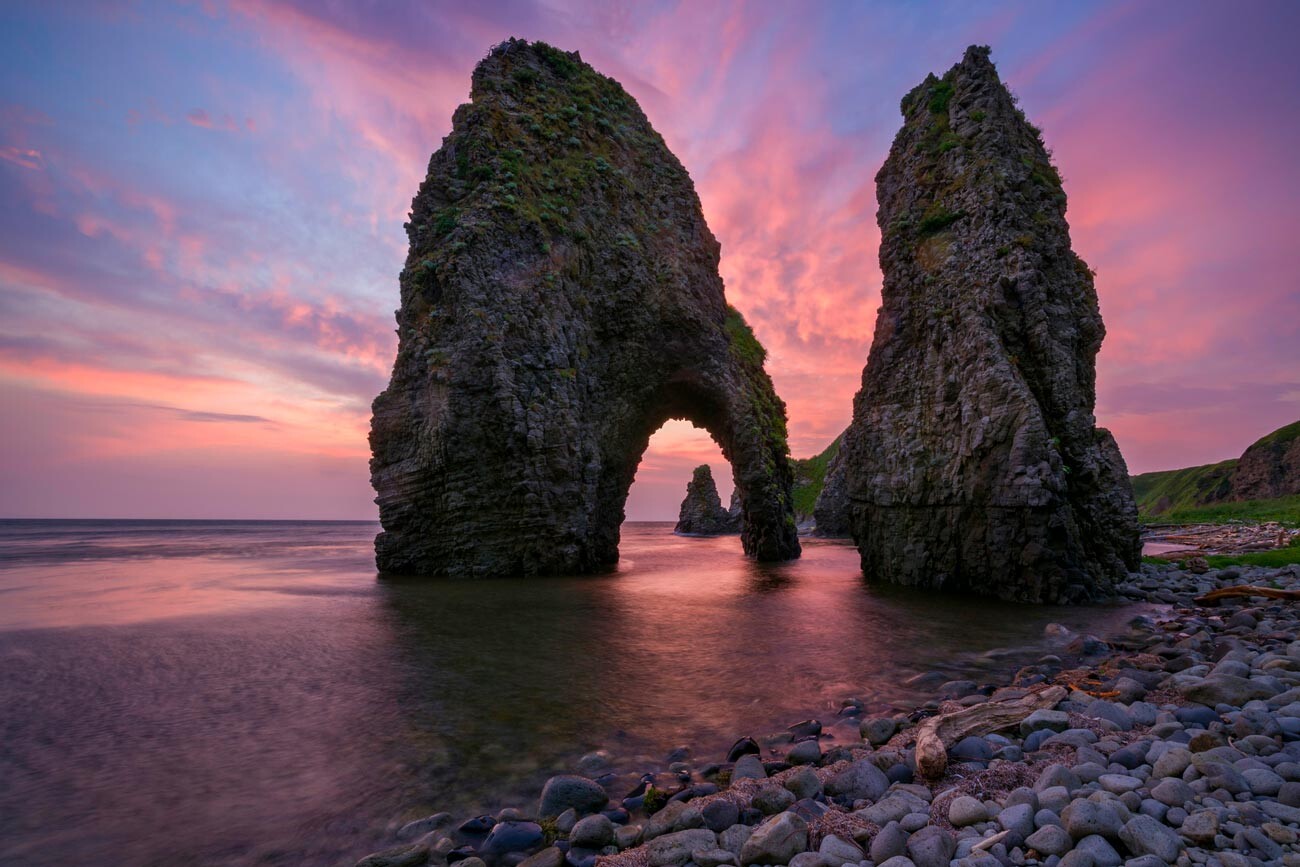 Another incredible place on the Kuril island of Iturup are the cone-shaped rocks called ‘sea stacks’, which stand off the shore in the sea. This is a genuine postcard of the Russian Far East.

19. Alexey Kharitonov. A fish eye of the Stalnaya River 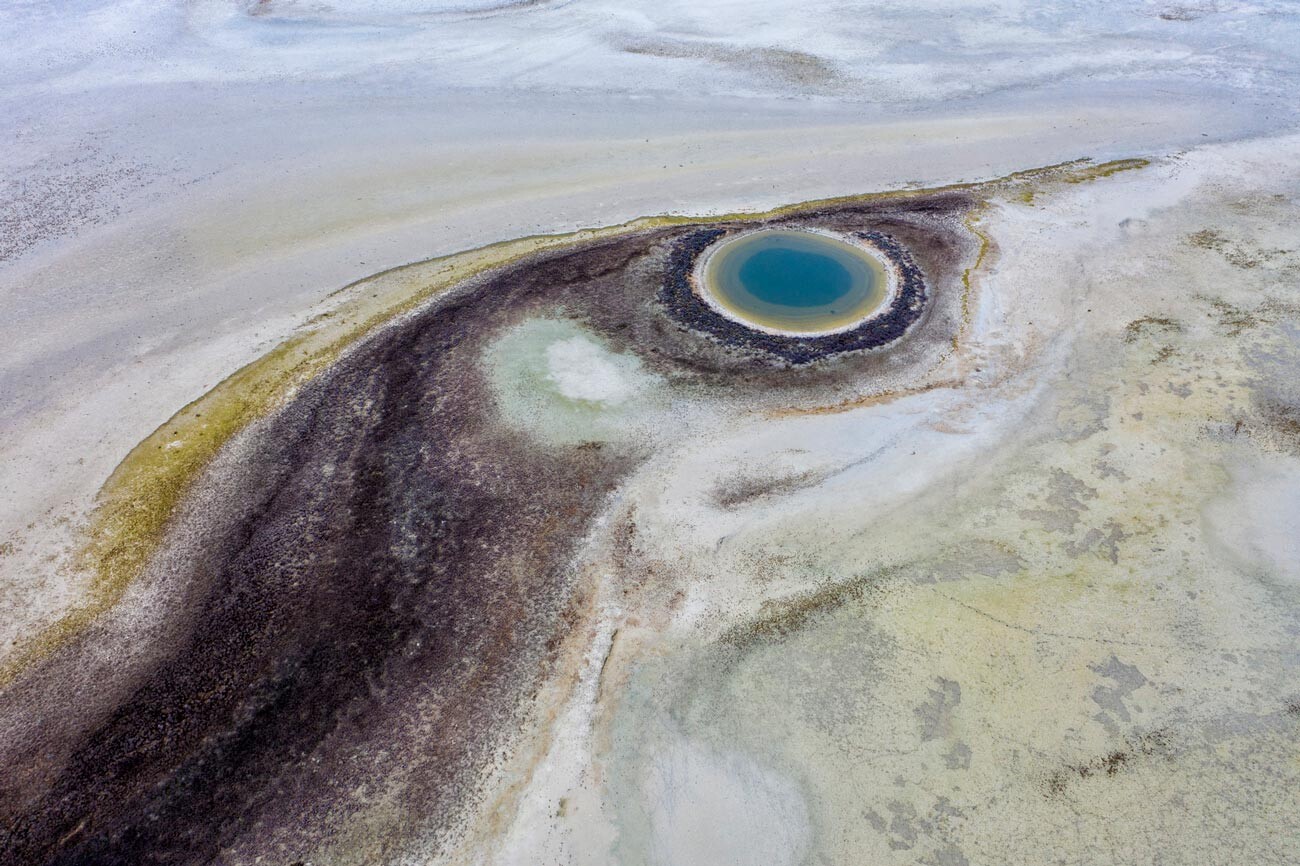 Such a “fish eye” was captured in the Crimean salt lake at the place where the Stalnaya River flows into the Sivash Bay. In summer, water almost dries up leaving some small independent lakes in its place. 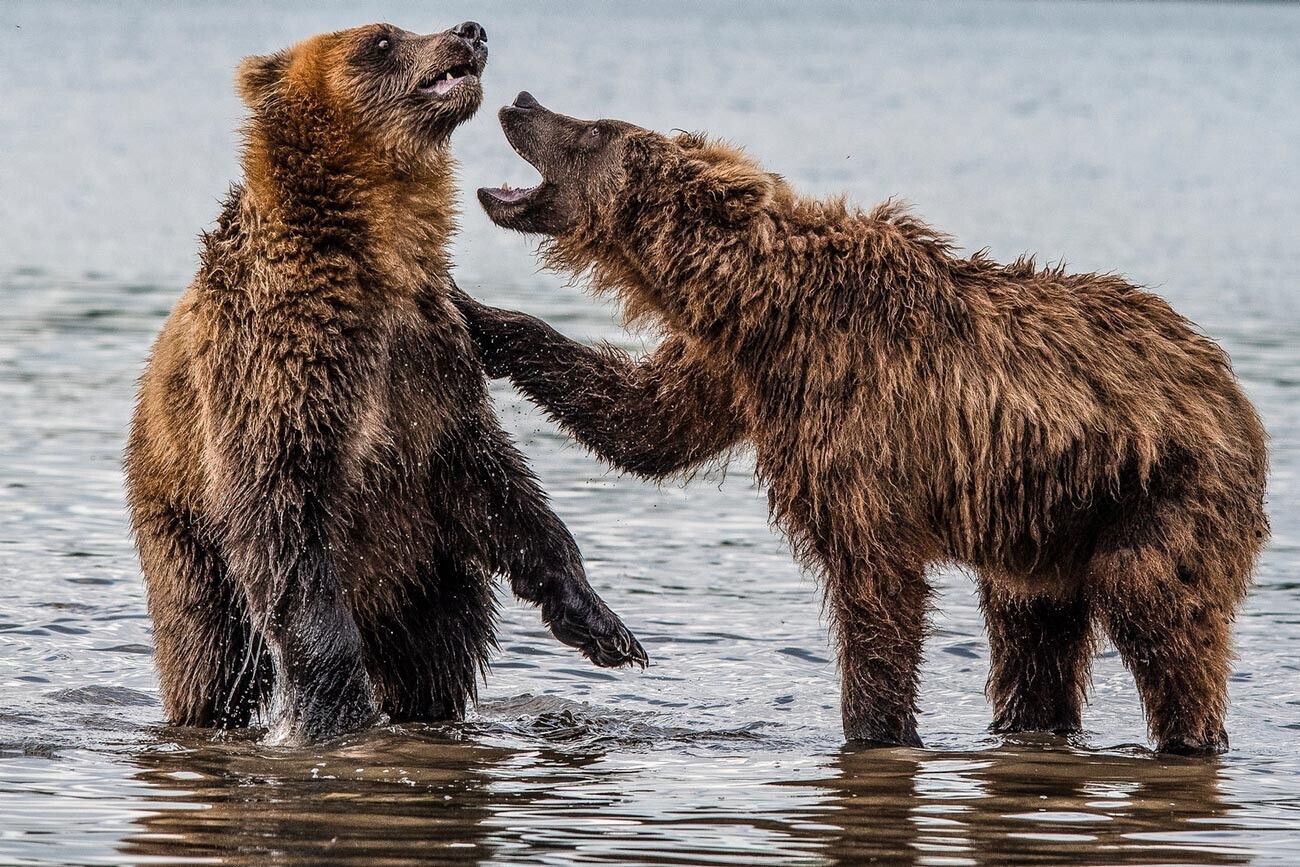 Photographer Alexei Shaskolsky took pictures of the bear, Russia’s main animal and “lord” of the taiga. He even published a book called ‘Bear Corners of the Planet’ in which he detailed his notes about bears. “The bear is a fascinating animal, but I warn you: it’s very dangerous. If you get carried away with photographing this furry wonder, you’ll fall into the clutches of an irresistible addiction to its formidable charm,” Shaskolsky wrote. (link in Russian)

Read more: Where to meet bears in Russia