Russia: Tips, Tricks & Travel is back and now on Rumble! (VIDEOS) 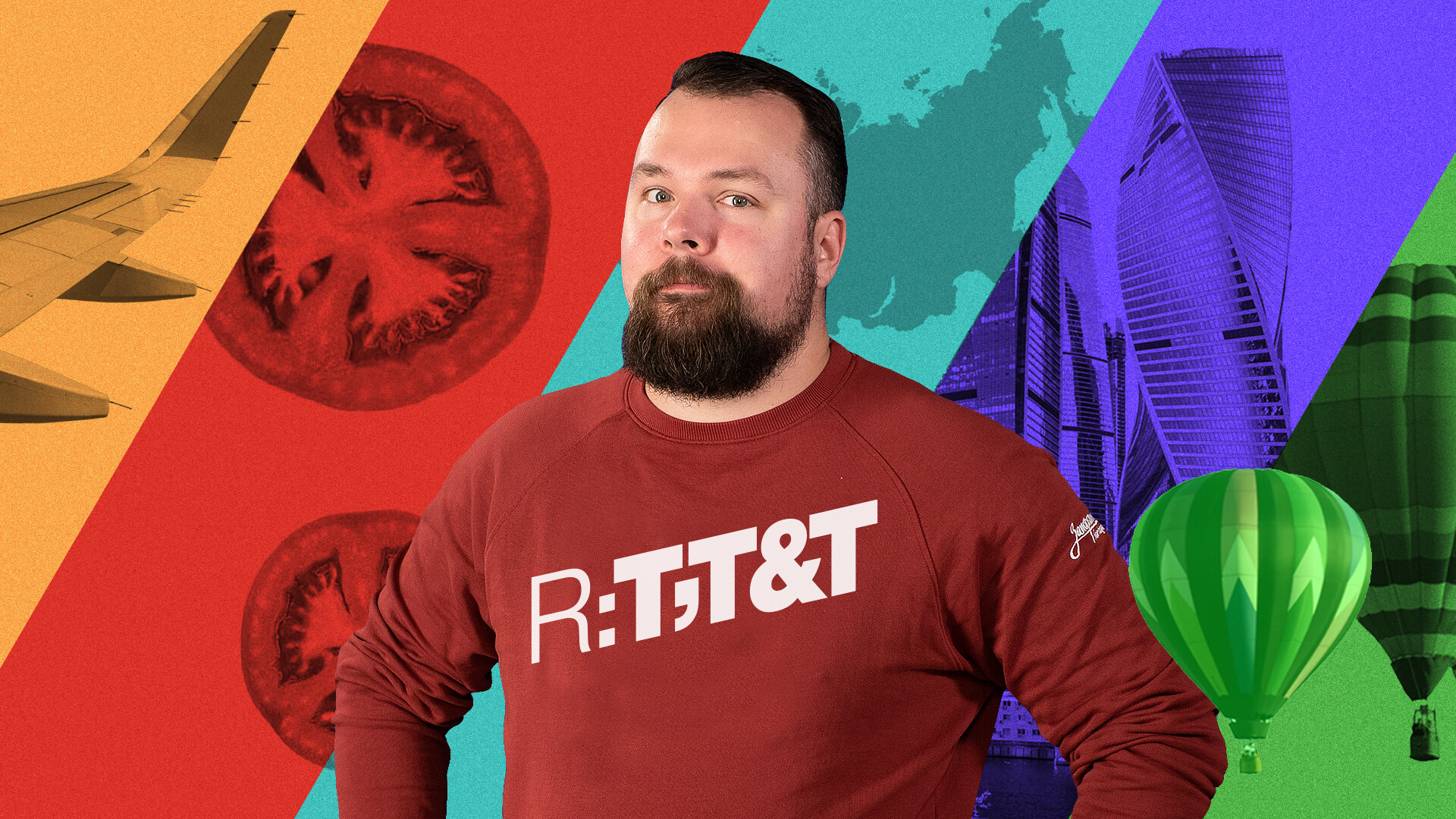 Travel adventures, lives of foreigners and stories of Russians - all these fun RTTT videos are now available again, with new releases already out!

Our travel series ‘Russia: Tips, Tricks & Travel’ (also known as ‘RTTT’) has now officially moved over to Rumble and will soon be on other platforms, as well. We’ve already filmed a lot of the country and, thankfully, none of our episodes have been lost due to YouTube “canceling” us. In fact, we just released two new episodes about Vladivostok and the region around it. Please subscribe to our channel on Rumble; it’s where the past, present and future of ‘Russia: Tips, Tricks & Travel’ converge!

Just in case you were curious, my name is Tim Kirby and I am the host and “mastermind” behind RTTT. I am an American who has lived in Russia for the last 15 years. During that time, I’ve forged two Russian children, bought and renovated a beat up Russian house, built a career in media, became a pro American Football player in the Russian League and, so, when it comes to Russia, I definitely know the terrain. 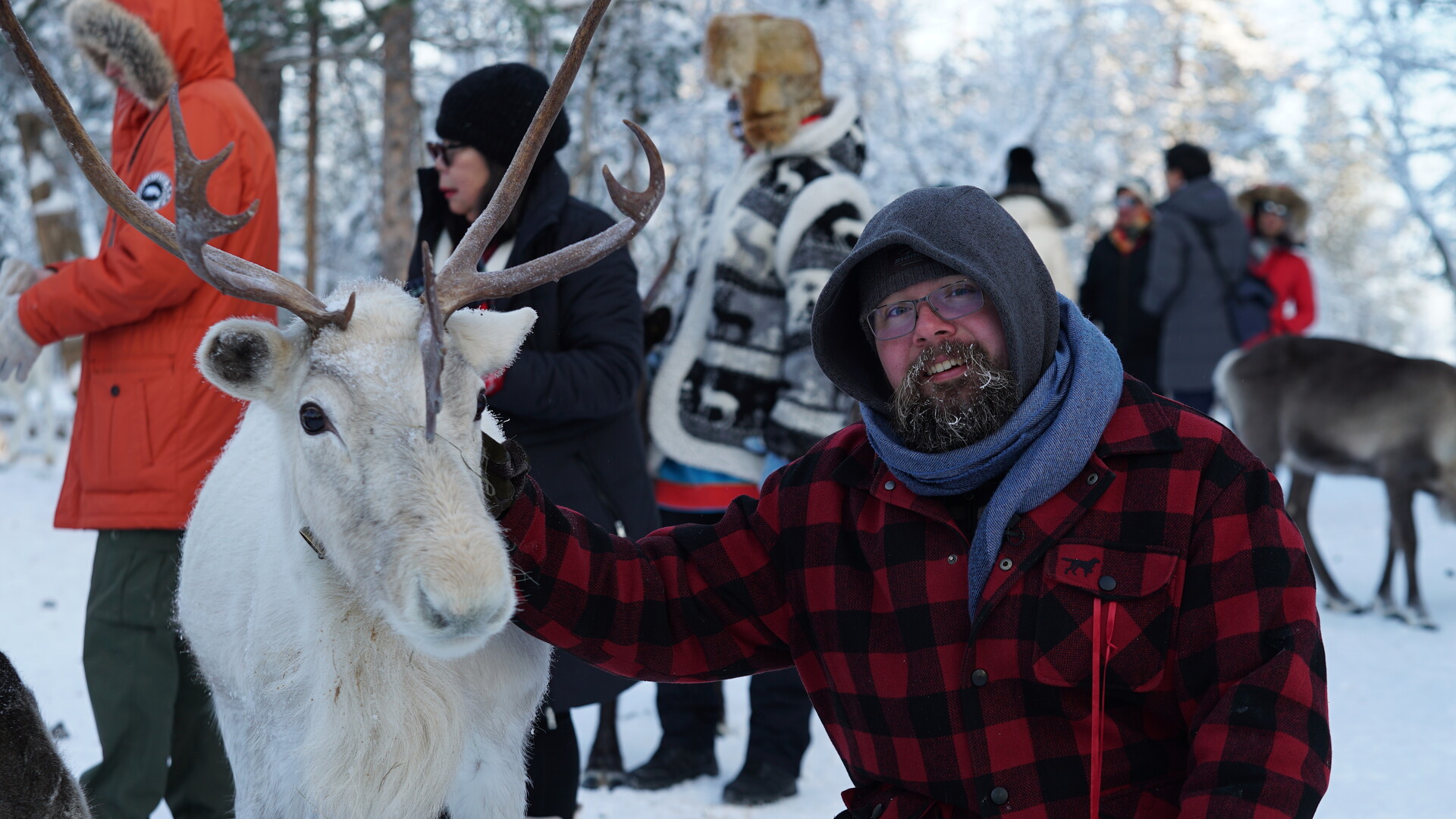 No matter how much we get censored, I am not giving up on my quest to film at least one video in every one of Russia’s 85 regions! I also film the lives of various foreigners across the country in my show ‘My Life in Russia’. We also talk to some unique Russians on ‘Anything’s Possible’ and I record my endless home renovation, much of it riddled with failure, as part of ‘This Old Russian House’, which will soon have its own dedicated channel.

RTTT makes videos about what you can see, do and, especially, eat all over Russia!  So let’s take a look at all the places where we have already been…

If you like a travel holiday that is mystical and full of mountains, then Altai is for you. In our recent videos, we took a massive road trip through the entire region, driving 500 km to the Mongolian border. We looked at ancient carvings, checked out the museums and just enjoyed the pure unspoiled natural environment that is everywhere. There is so much space, so much beauty at every turn that only the most hardcore urbanite would be unimpressed. Also, my favorite food called ‘lagman’ is served at every restaurant and cafe along the way! Sadly, in Moscow, it is much more of a rarity. So, this is just a great way to experience Siberia, one long, lonesome road, some good food along the way and nature on all sides. The locals may even open up to you. We got a story teller to sing us some songs by the light of the fire in a yurt, tried all sorts of unusual dishes and even went up to the peak of the mountains. Well, my loyal producers Misha and Yulia did anyways!

This region of Russia has views that make those ‘Lord of the Rings’ movies look pathetic. The sky and mountains of the region, along with some truly unique landscapes, are reason enough to visit. But not only that, Dagestan has plenty of ancient history in Derbent and an amazing market (that will literally take you back in time) in the big city of Makhachkala. Up in the mountains are a wide range of tiny ethnicities, complete with their own village and style. It is a region that is hard to explore solo as a foreigner, so you will definitely need our guide or else you could get stuck at the bottom of a canyon for all eternity! Then again, the food down there is amazing, fresh and always locally made. And all those canyons have rivers which lead into the Caspian Sea, which is calm and cool.

Should you go to one of Russia’s northernmost regions in the middle of winter? If you are insane like we are, then yes! Because you will get to see the Northern Lights and go on snowy adventures like no other. Including visiting the village of Teriberka, which was made into an infamously awful location in the award-winning movie ‘Leviathan’ (2014). Because of it, many people got curious enough to see how bad life there was and it has now become a growing tourism center, where local divers will grab all the famous crab, sea urchins and other critters from the bottom of the sea that you can eat.

We were even daring enough to fight our way over brutal terrain to see the northernmost point of the European part of Russia. But it is hard to put into words just how great this experience was, so just watch the videos and see for yourselves! And the Northern Lights are seriously cool, we’ve got some great footage of them, too!

Russia’s Golden Ring is a famous tourist route that takes you all around a big ring of old towns circling Moscow, which include many of the places we have filmed: Sergiyev Posad, Pereslavl-Zalesskiy, Rostov Velikiy, Yaroslavl, Kostroma, Suzdal, Ivanovo and Vladimir. This is really the heart of Russia’s Medieval heritage and, thankfully, the stone buildings from the Dark Ages are still mostly standing, meaning there is a lot to see! But, we shouldn’t forget that one key aspect of that time period was religion, so, if you have an appreciation for Russian Orthodox churches, cathedrals and chapels then these videos will definitely satisfy your needs. Despite the anti-religious sentiment of the Bolsheviks, much has survived and even more has been rebuilt. If you want Medieval and Religious architecture to be a part of your vacation, which I certainly do, then our series will inspire you. Also, the Russian food along the way is unbelievable, which you’ll see for yourself in our ‘Must Eat’ episode (By the way, almost every region has at least one ‘Must Eat’ episode).

Woah, man, it’s like California, but also China, but it’s in Russia. Yes, Vladivostok and Primorsky Krai that surrounds it are way different from the rest of Russia. They have a ‘West Coast, USA’ vibe, while being on the other side of the Pacific Ocean. Vladivostok itself is very new, on a 45 degree angle and filled with cars with steering wheels on the right side. We’ll explain why this all is, the way it is, in the video!

Outside the city are old forts, plenty of sea adventures to be found and a national park of the highest degree. You can really enjoy this unique location that is like an old Chinese painting. Also, they have tigers at the ‘Safari Park’ which is just cool. Don’t worry, they are kept in very large expansive environments and not cages. Plus, who doesn’t love large predators?

Taking the highway or train just two hours south of Moscow, you reach Tula, which has all the pluses of Moscow, but none of the awful hipsters and parking problems. The city has been a massive center for the production of arms, accordions and cookies for generations. Yeah, I know, what a combo right? In our videos, we took a close look at all the things that Tula produces and the people behind them. By random chance, the houses I bought that are featured in ‘This Old Russian House’ are right off the main highway to get to Tula, so it is a city always close to my heart, because it is simply so darn close! ‘Tula - makin’ guns, bakin’ cookies’.

One thing I can tell you is that, like it or not, many Russian travel adventures begin in Moscow, simply because that is where most of the flights go to from foreign countries. The capital’s four massive international airports dominate international airways, so almost everyone flies there first anyway. Furthermore, Russians themselves will tell you: “Moscow is not the real Russia!” But, if you jump on a suburban train, for the equivalent of, like, $2, you will be transported to the real Russia that you filed your visas to go see!

Small towns like Kolomna, Dmitrov, Sergiev-Posad and Zvenigorod feature true Russian traditions right outside the big city. In fact, most of these smaller historical towns have their own local kremlin, parks, cafes and more. It is truly possible to experience Russia in the region that surrounds Moscow. You just have to be a bit adventurous, watch our video, then hop on that suburban train bound for a quaint historical piece of the nation that is at most 90 minutes away. Each town has its own unique features, like Kolomna’s apple-based desserts, so take the time to watch and like each video to see the differences!

Thank you for reading all the way to the end and please don’t forget to subscribe to RTTT at its new home on Rumble. We appreciate you staying with us and taking the effort to try a new platform to continue watching our content. We have another ten or so locations already shot (seriously) and being edited as I write these words, so please stay tuned!

All the best from your buddy,