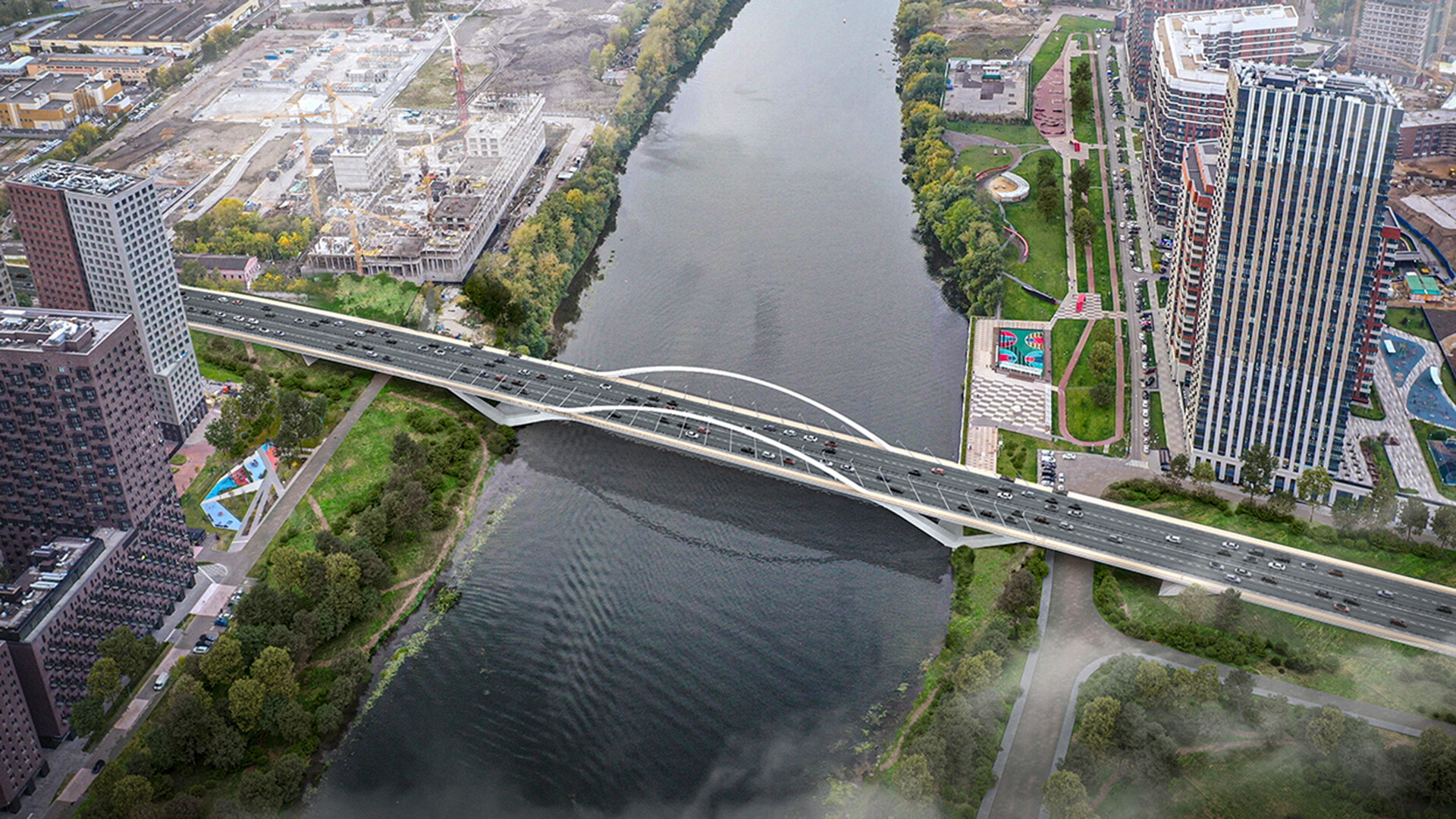 stroi.mos.ru
The architectural department of the capital has revealed renderings of the brand new bridges that may become the new symbols of the city.

Moscow authorities are going to build seven new bridges in different parts of the city. Some of them are to be pedestrian-only, others are aimed to connect new living areas with transport hubs and metro stations, while yet others could reduce traffic jams. Each of the projects is unique and has its own features - there is even a bridge with a sail!

Take a look at the upcoming bridges designed by the Committee on Architecture and Urban Planning of the city of Moscow.

1. A pedestrian bridge will be built in the very center of Moscow connecting the Balchug Island with Yakimanskaya Embankment via the Vodotvodny Canal. It will be an important part of a touristic route and give an easier access to the new GES-2 cultural center and other venues of the island. The bridge’s feature is a metal beam splitting it into parts which divides the flow of cyclists and pedestrians. And, at the same time, the beam will serve as a bench. 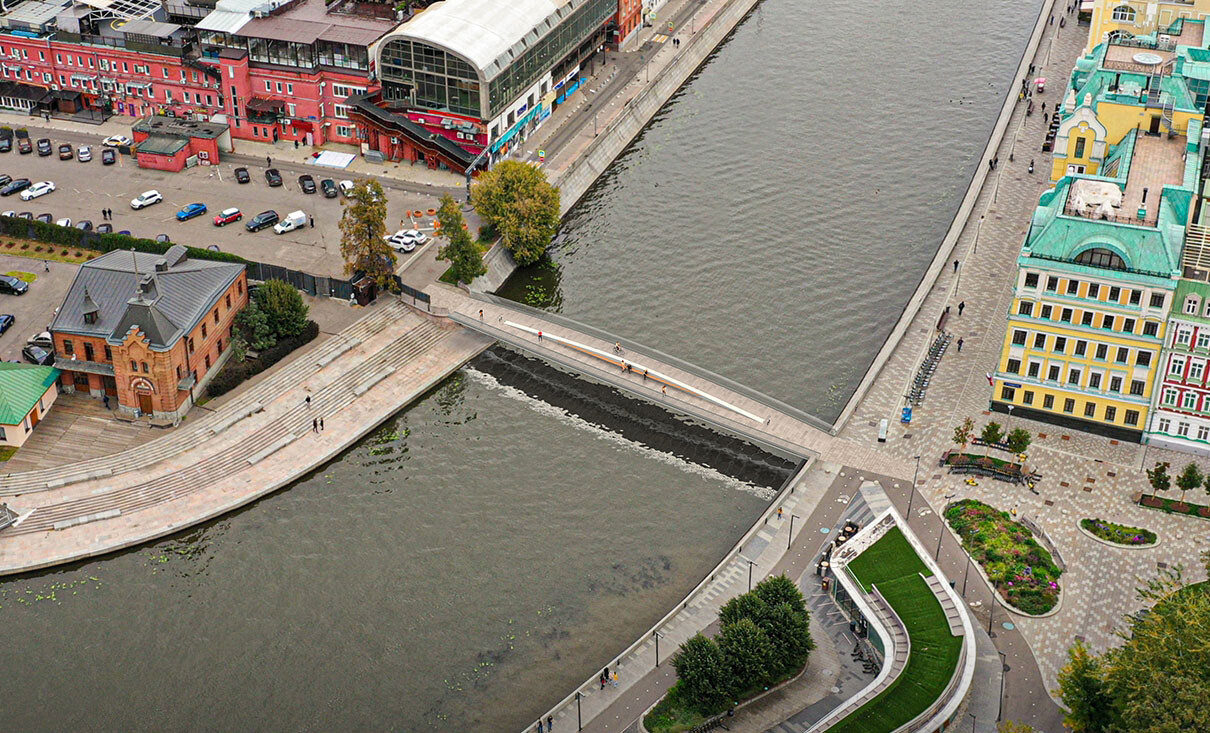 2. A new automobile bridge is to appear in Filevsky park district and will connect Myasishcheva Street and Mnevniki metro station. 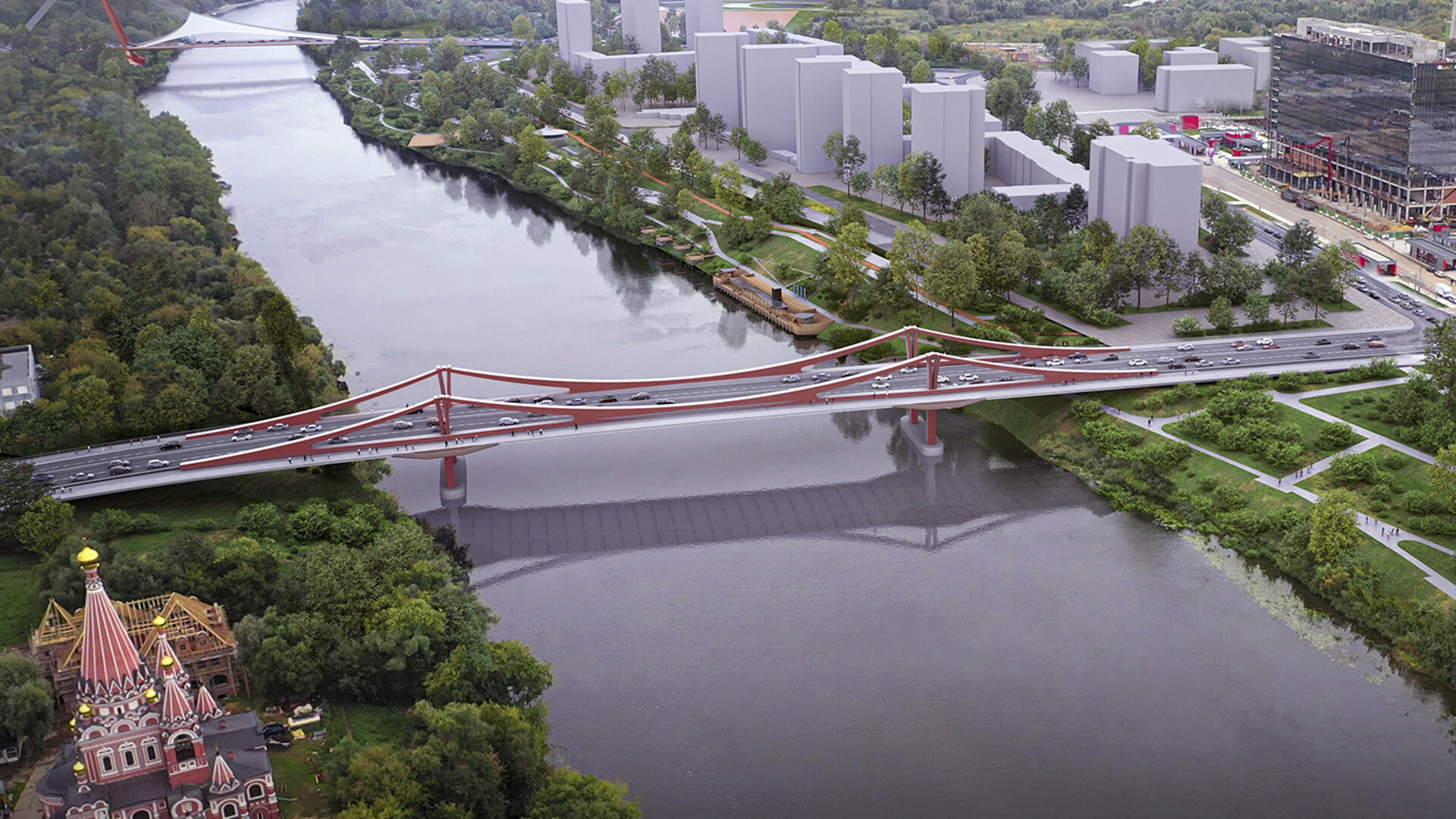 3. A 250-meter “Sail” bridge across the Moskva River on the East of Moscow will link Novozavodskaya Street from the Fili park and Terekhovo park. Its construction remains a galley boat. It will have only one pylon and a relatively small height for such spans. The frame holding the roadbed will be the first of its kind in the world. 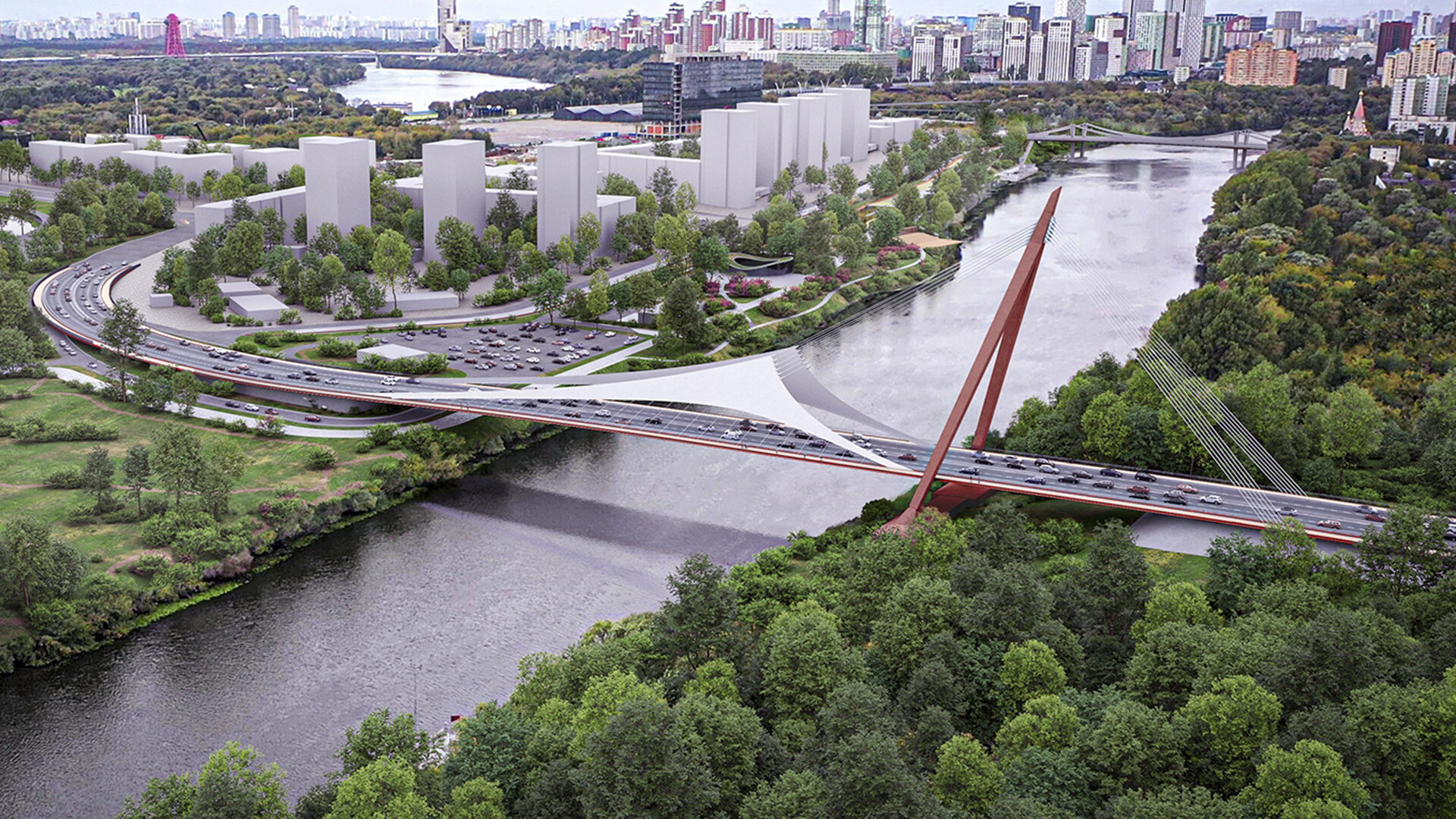 4. Another bridge on the East of Moscow will connect Ostrovnaya Street of the Krylatskoye and Mnevniki districts, a ten minute walk from the new Terekhovo metro station. Graceful arches of the bridge are reminiscent of a kind of “gate”. 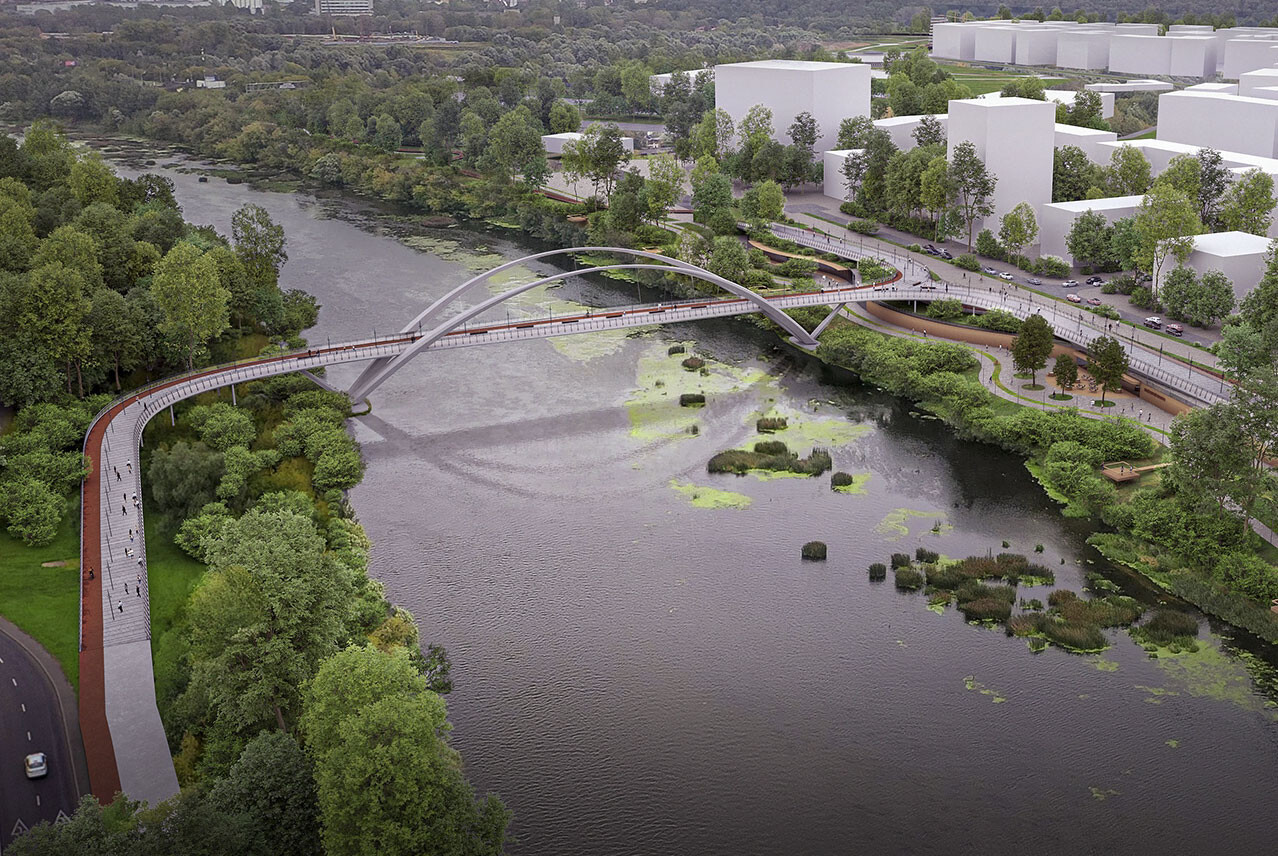 5. The pedestrian and cycling bridge to Fili Park resembles a thread through the eye of a needle. This seemingly fragile construction will complete the creation of a walkway between the Mnevniki and Fili parks. It will also be located 700 meters away from the Terekhovo metro station. 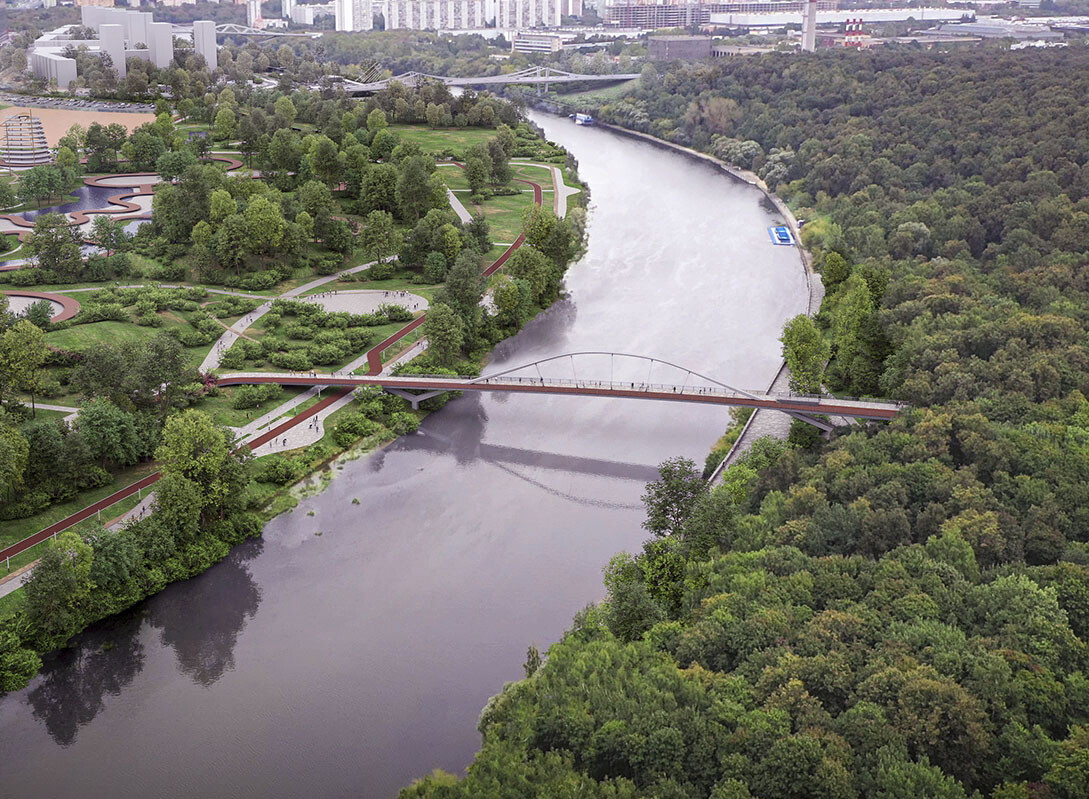 6. A six-lane automobile bridge will connect Beregovoy and Prichalny driveways and the developing living areas of the both sides of the Moskva River. The bridge will also have pedestrian and cycling passes and give access to a new fancy embankment. 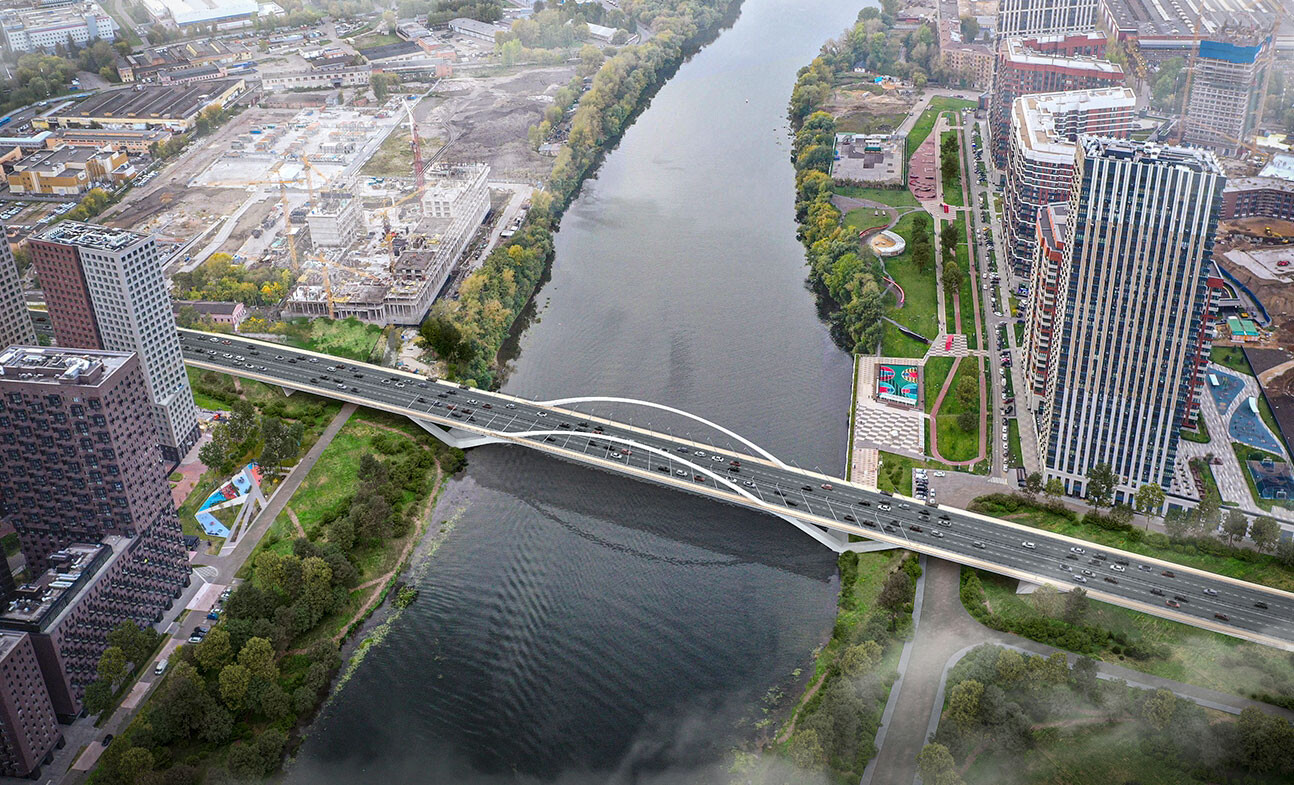 7. This new bridge will connect Nagatinsky Zaton and Pechatniki districts in the south of Moscow and will be situated next to the new ‘Nagatinsky Zaton’ metro station, currently under construction. Along the 240-meter-long crescent-shaped structure, there are sharp steel masts that look like ice peaks rising out of the water from a distance. 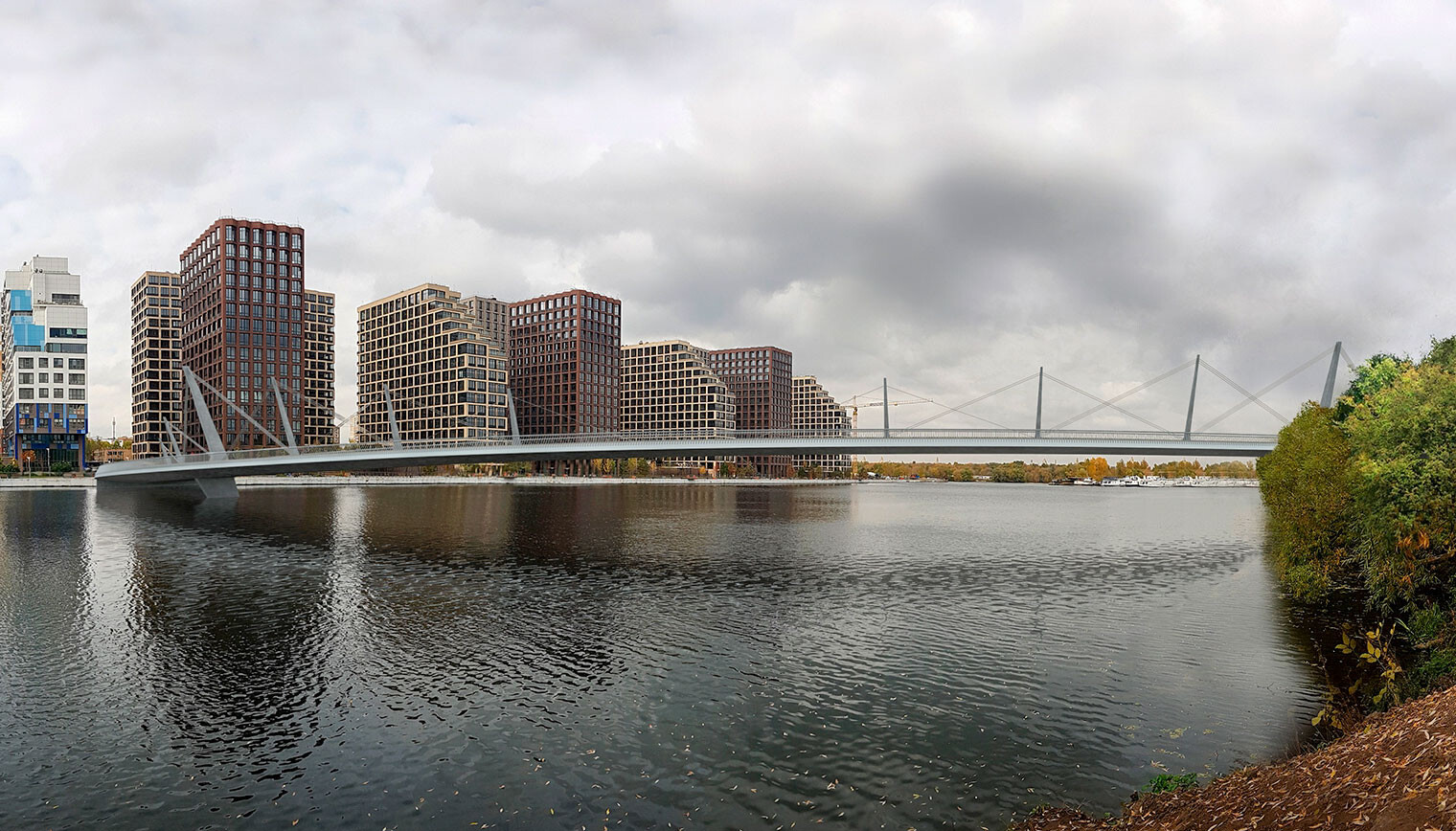