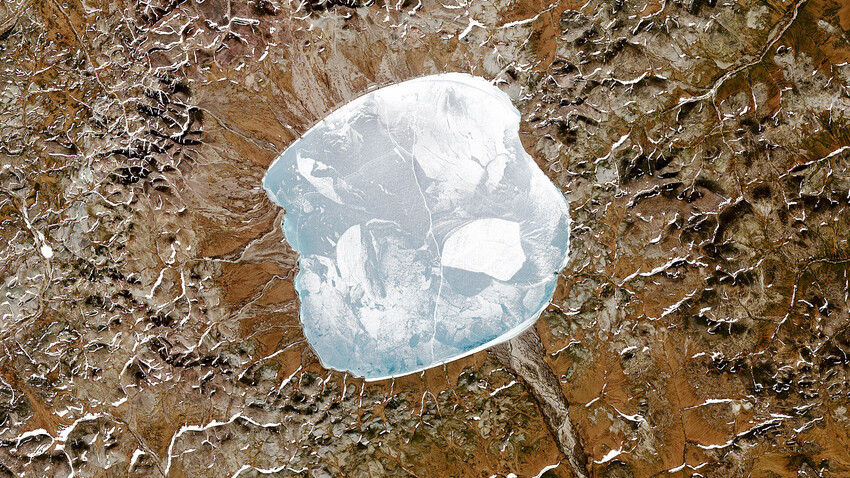 NASA/Getty Images
This ancient lake did not freeze even during the ice age. It is still inhabited by relict creatures that do not exist anywhere else.

“If one was to be punished by loneliness and the despair of the unknown, a man who has spent his whole life in the city and deserved such punishment should have been dropped off at the shore of Elgygytgyn,” wrote Russian geologist Vasily Bely about the lake. 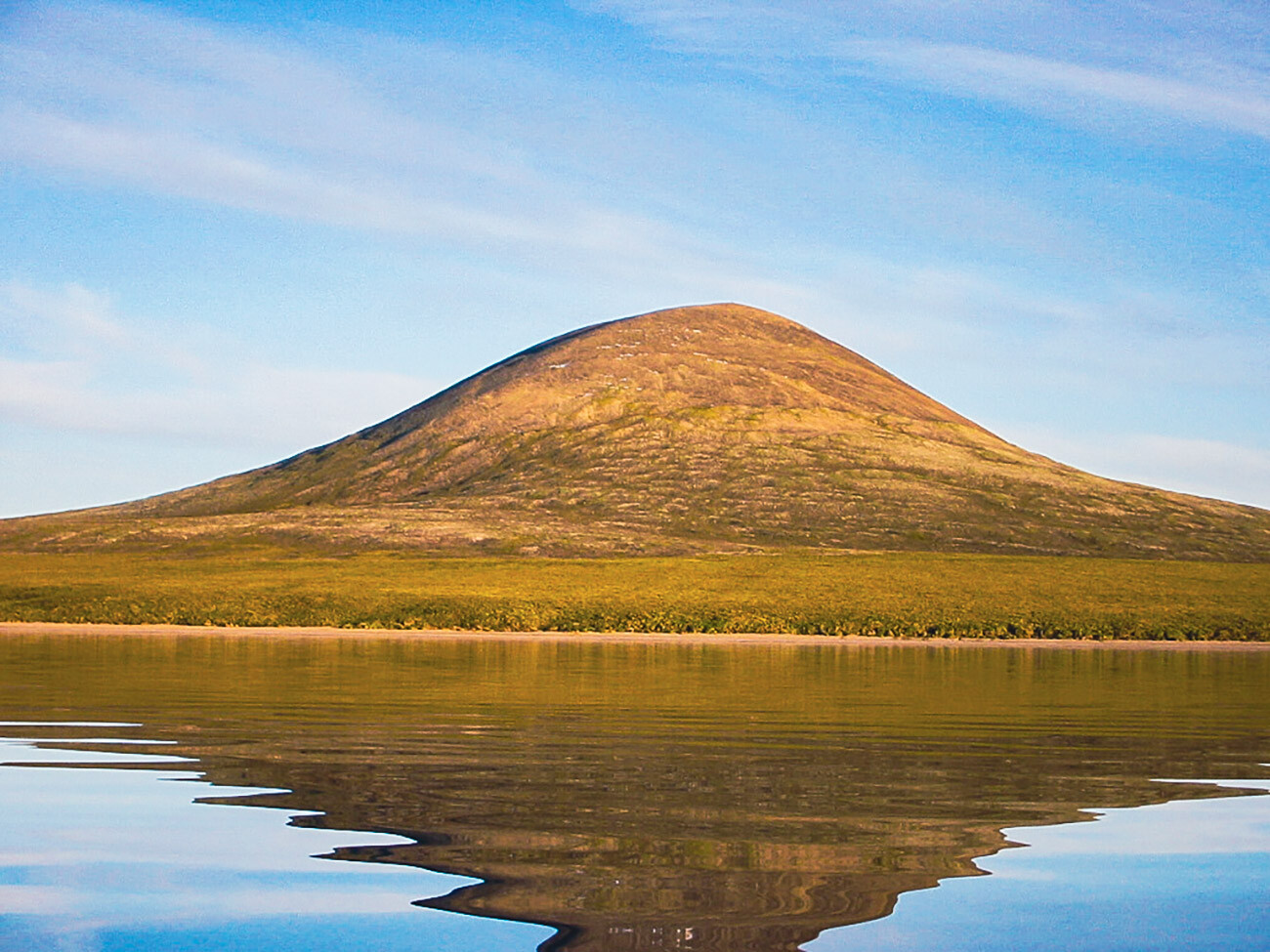 The lake with the almost unpronounceable name of ‘Elgygytgyn’ is located above the Arctic Circle, in the heart of Chukotka, and is, indeed, one of the most inaccessible places in the region - an ideal place to be alone. The nearest town, Pevek, is 200 km away. 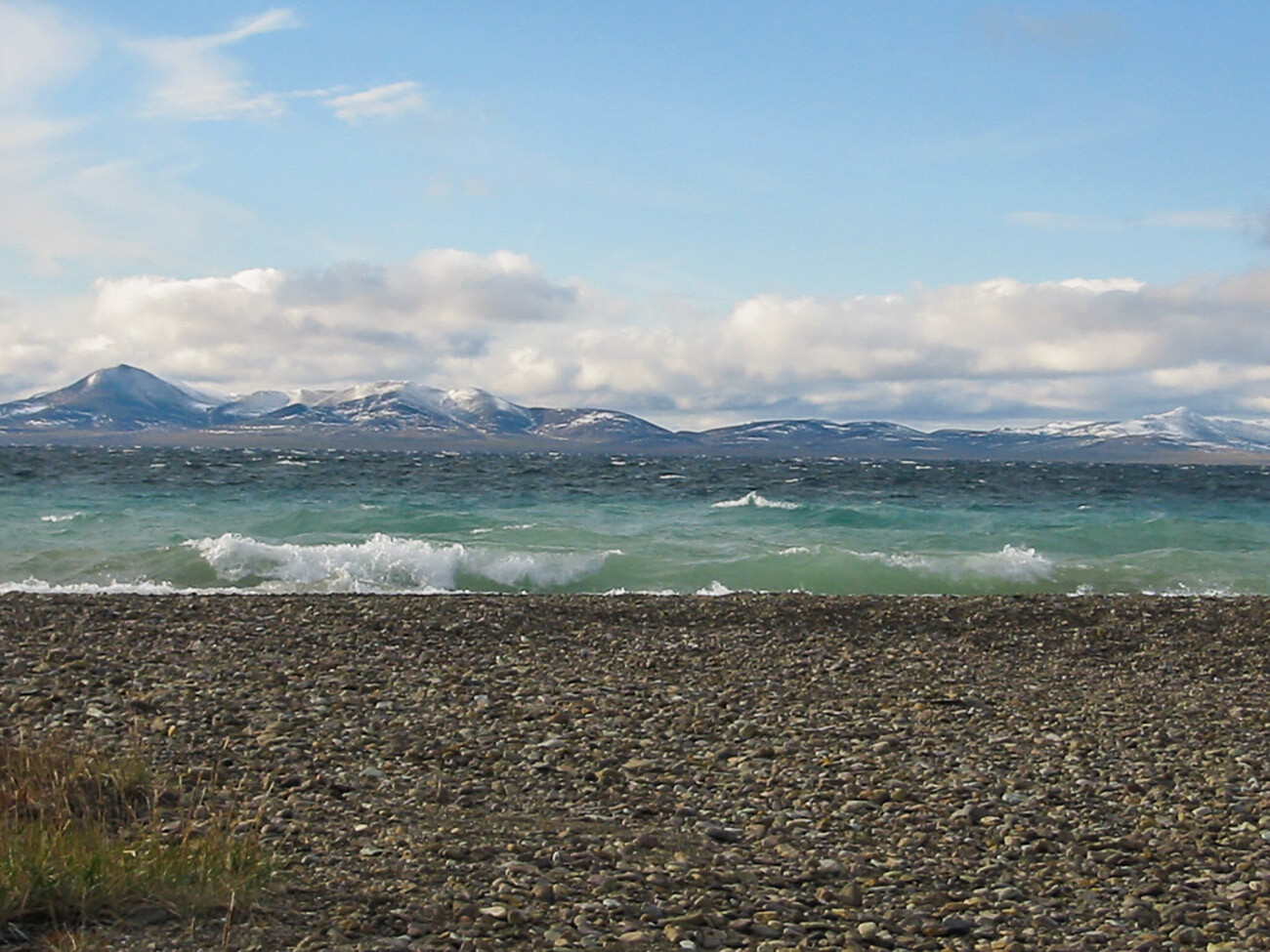 The easiest way to get to Elgygytgyn is to buy a tour and fly there by helicopter from Anadyr, since there are no roads leading to the lake. However, it is also possible to get there using all-terrain vehicles from Pevek or by rafting down the Enmyvaamu-Anadyryu rivers. 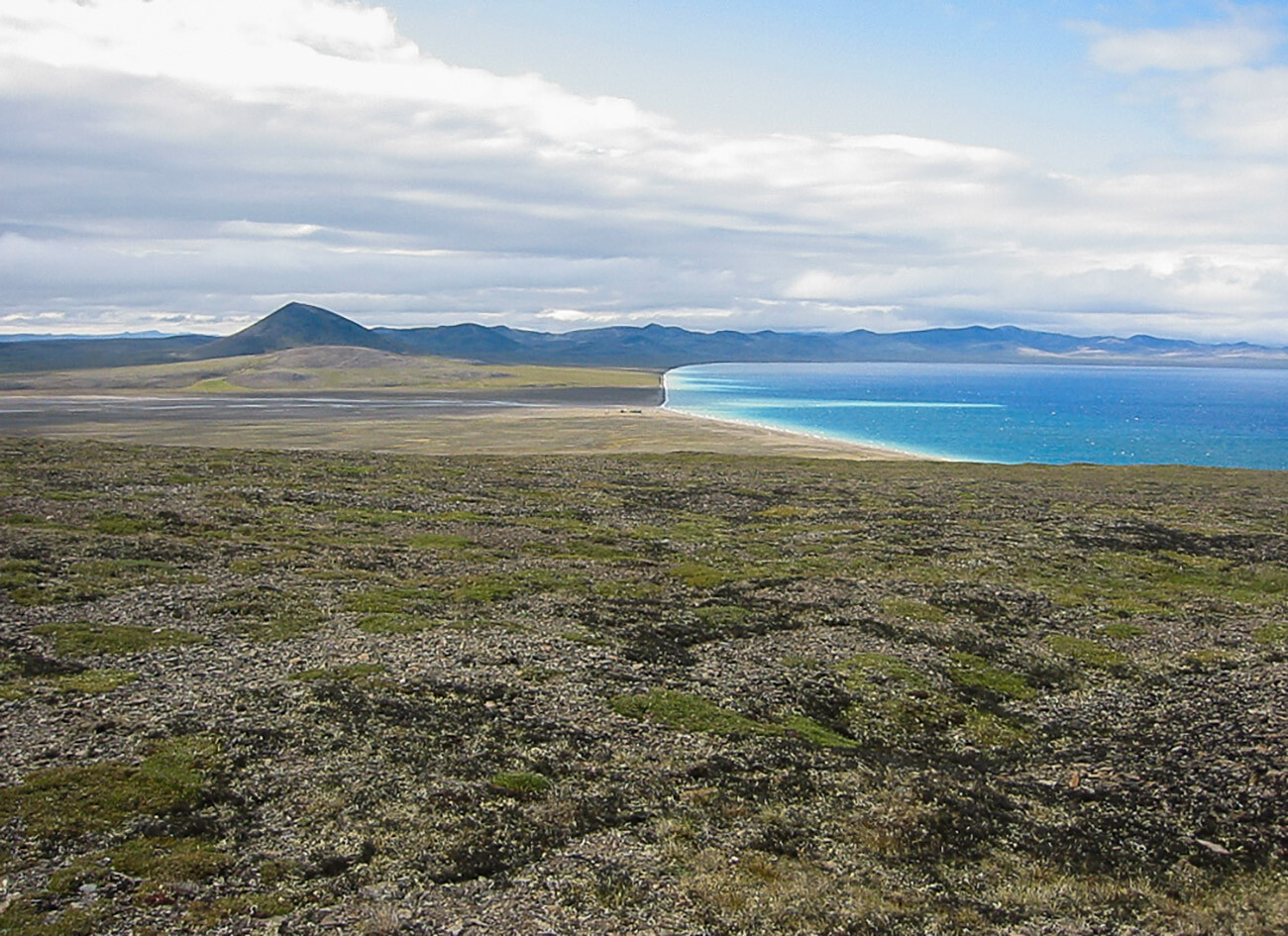 It is the deepest lake in Chukotka. With a diameter of 12 km, its depth is 175 meters. If you look at it from above, the shape of the lake is almost perfectly round and resembles a blue-black eye. But it does not always look like this. 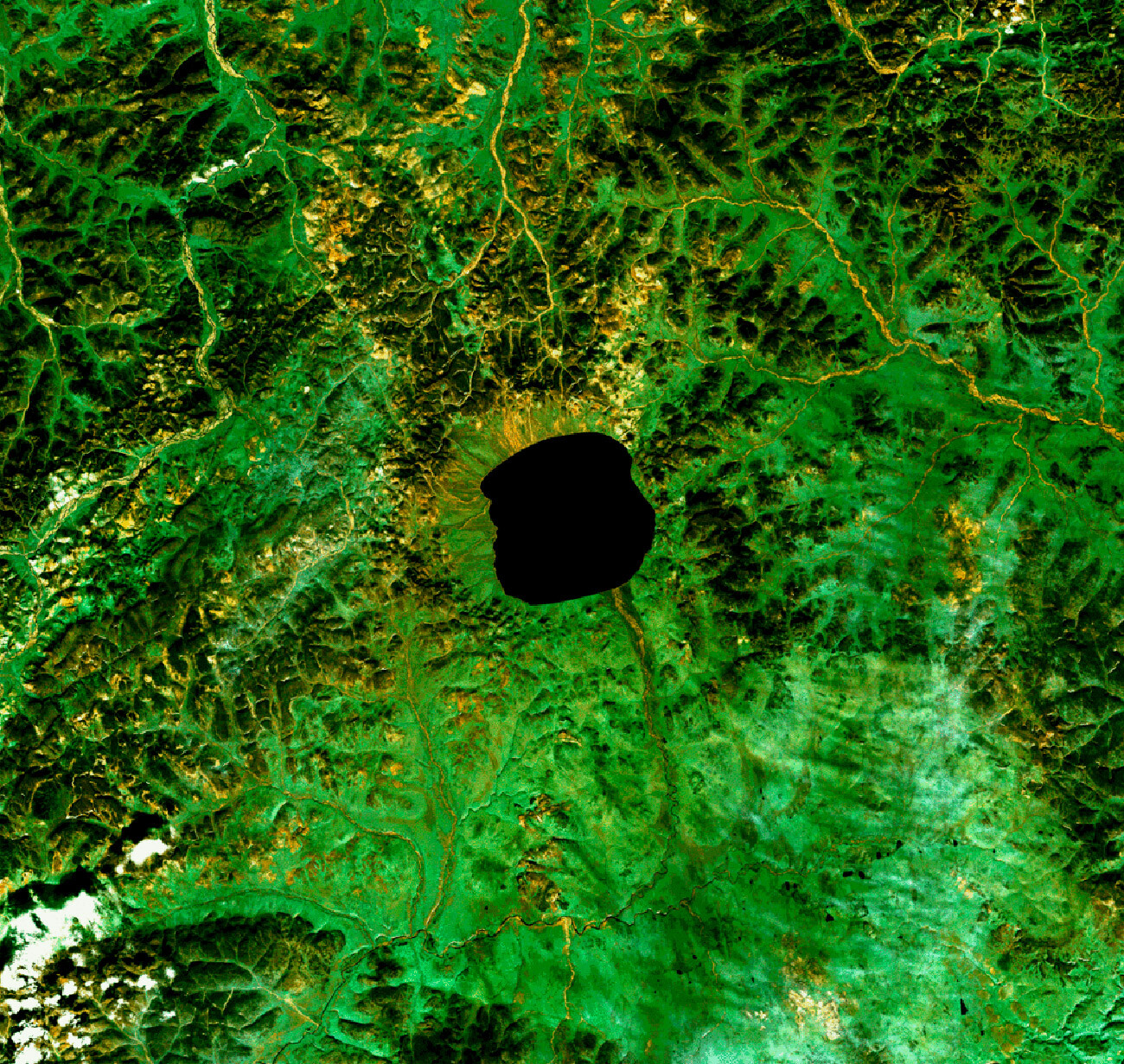 In the Chukchi language, Elgygytgyn means “white lake” or “lake of unmelted ice”. During most of the year, the lake’s surface is covered with ice and, sometimes, the ice does not melt even in the summer. 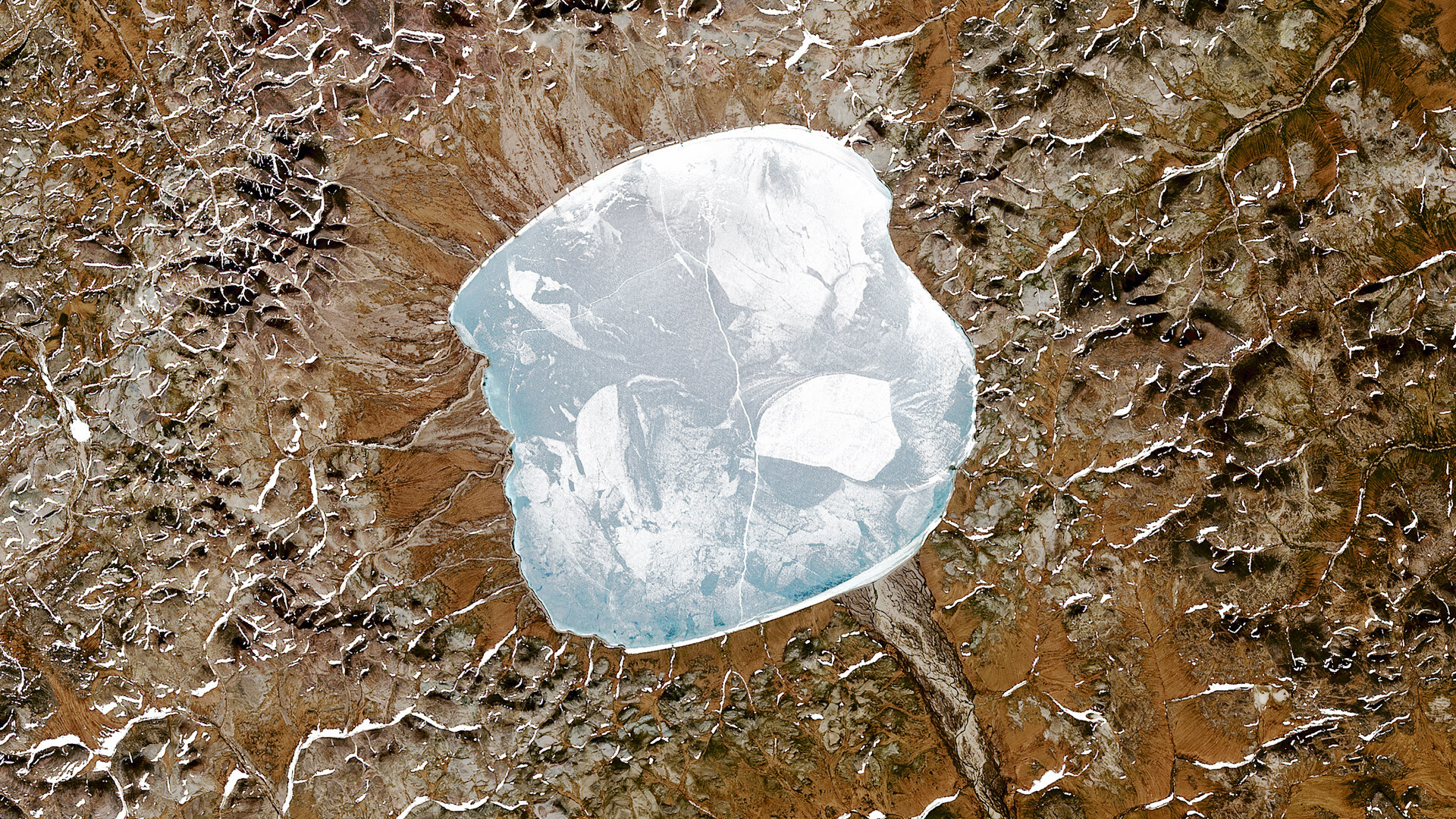 The shores of the lake consist of permafrost and low mountains. Winter in Chukotka lasts ten months a year, during which the temperature drops to between -15 and -39°C. In the summer, the air may warm up to +34°C, but even then, an ice layer may form on the surface. The water temperature in Elgygytgyn does not rise above +3°C. 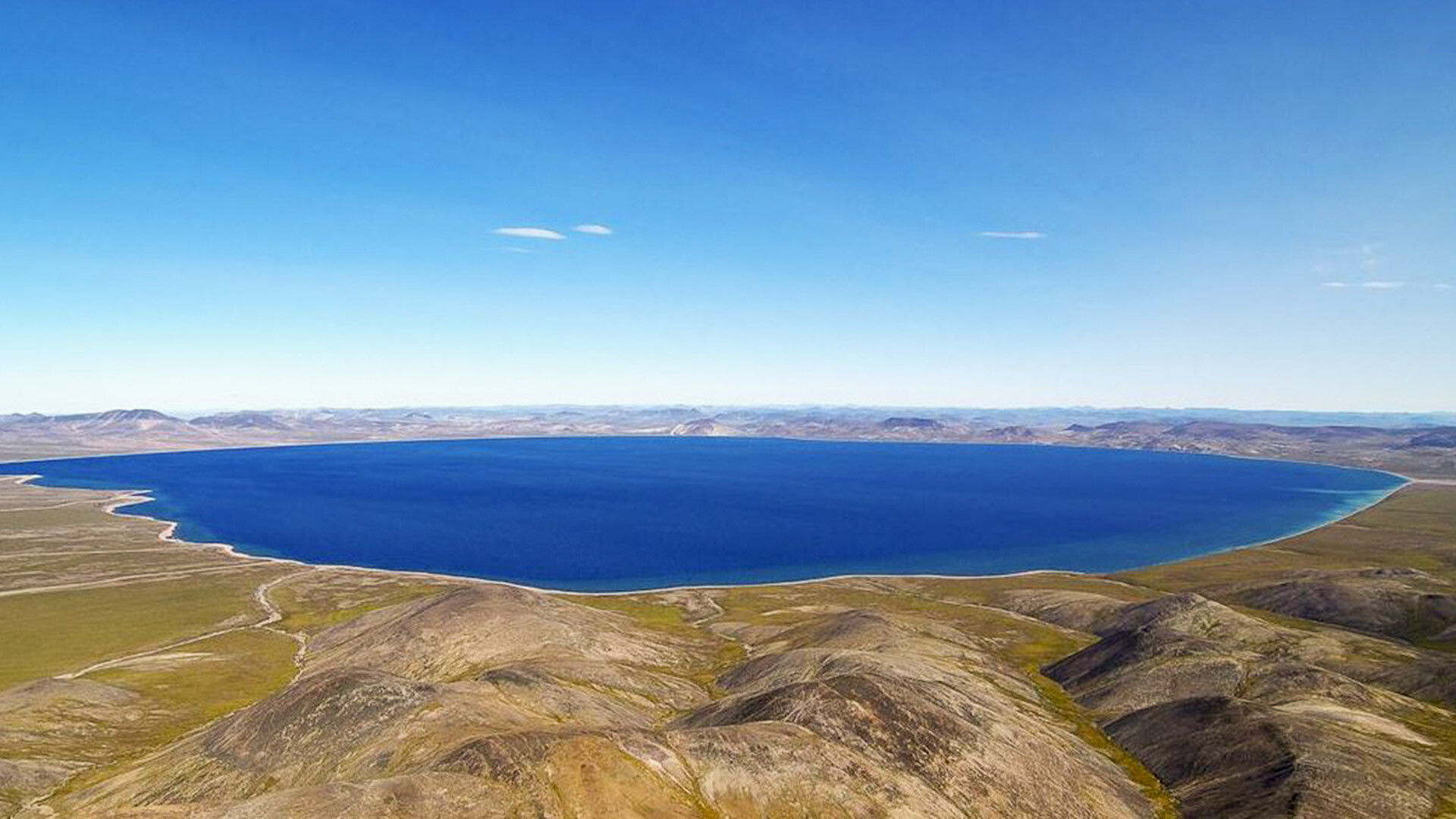 Many people admire this lake in the middle of the desert tundra. “I don’t know what to compare it to. Perhaps, if you pour a bottle of very thick ink on a blinding white sheet of paper, it would look just like it,” wrote geologist Oleg Kuvaev. 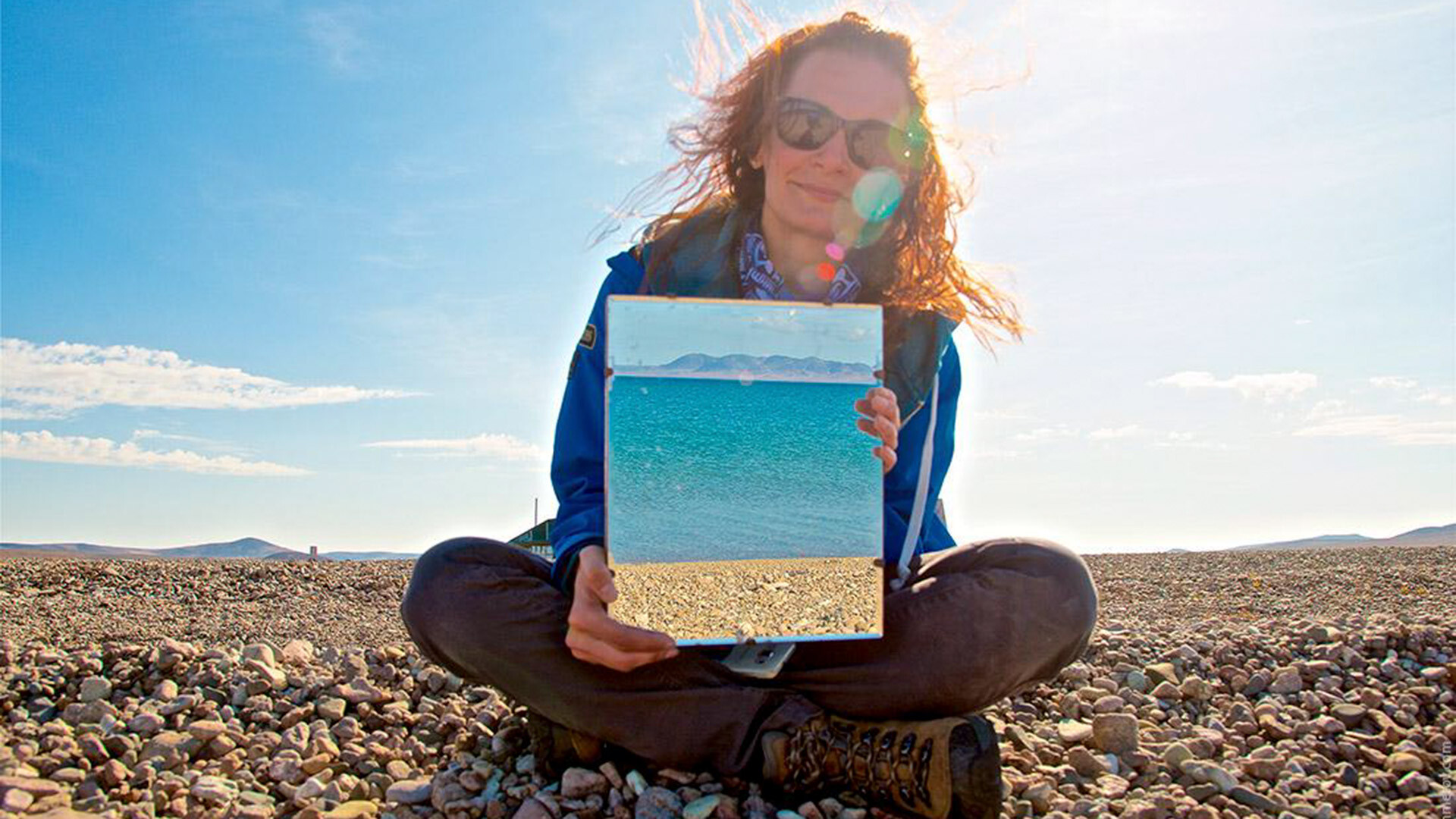 But it also scares many people. Locals call it a “strange, spooky place”, shrouded in legends. According to one of them, an ancient monster called ‘Kalilgu’ lives deep in the lake, resembling a giant reptile with a large mouth. Kind of like the Scottish Nessie of Loch Ness Lake. Sometimes, Kalilgu floats up from the depths to the surface with a loud splash and then immediately goes back down. 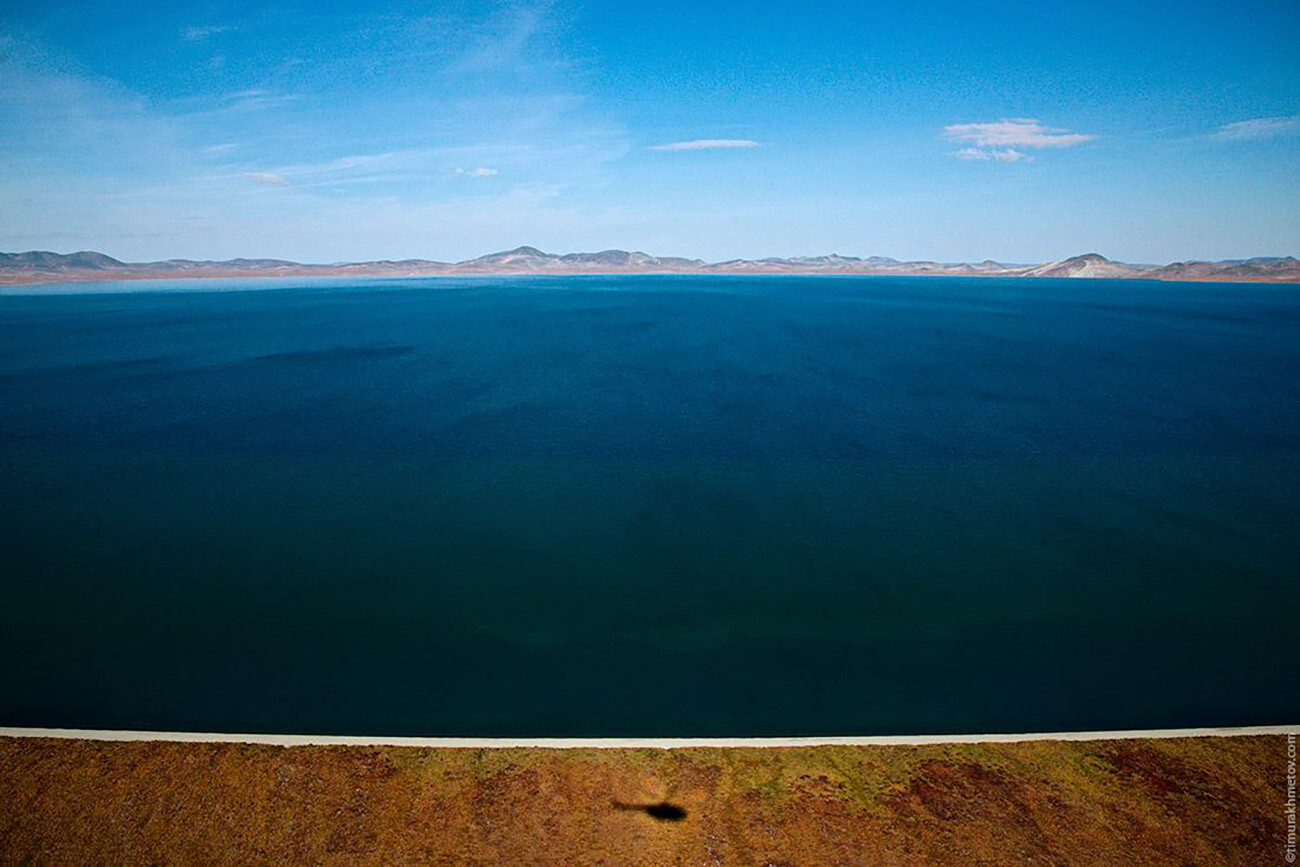 Strange powerful splashes in Elgygytgyn do, indeed, occur. While being mistaken for Kalilgu by the locals, they are most probably just outbursts of methane from the Earth’s crust. 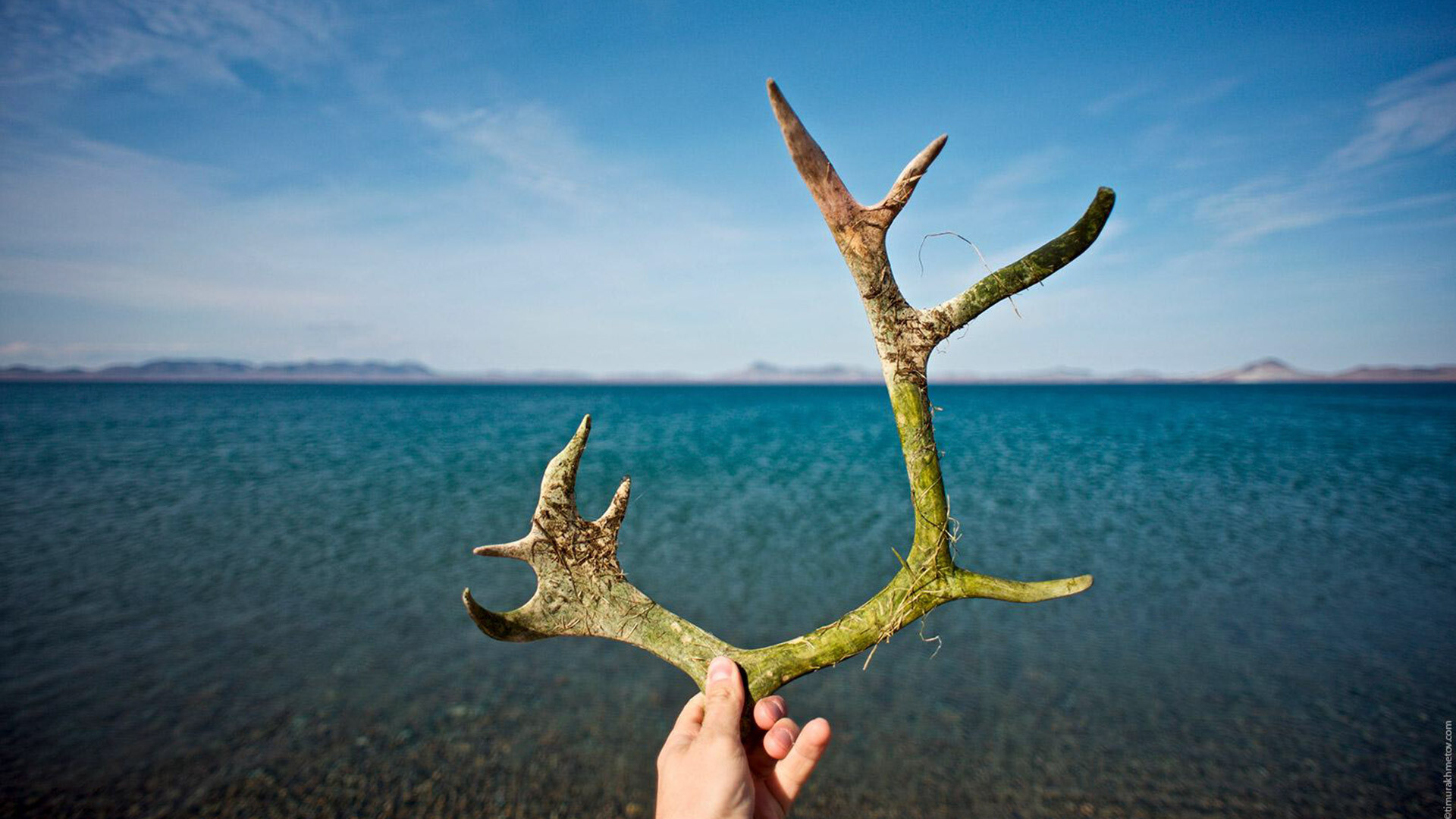 One way or another, this deep lake has every reason to be a source of myths: it is more than 3.5 million years old. What makes it unique is, first of all, its origin. 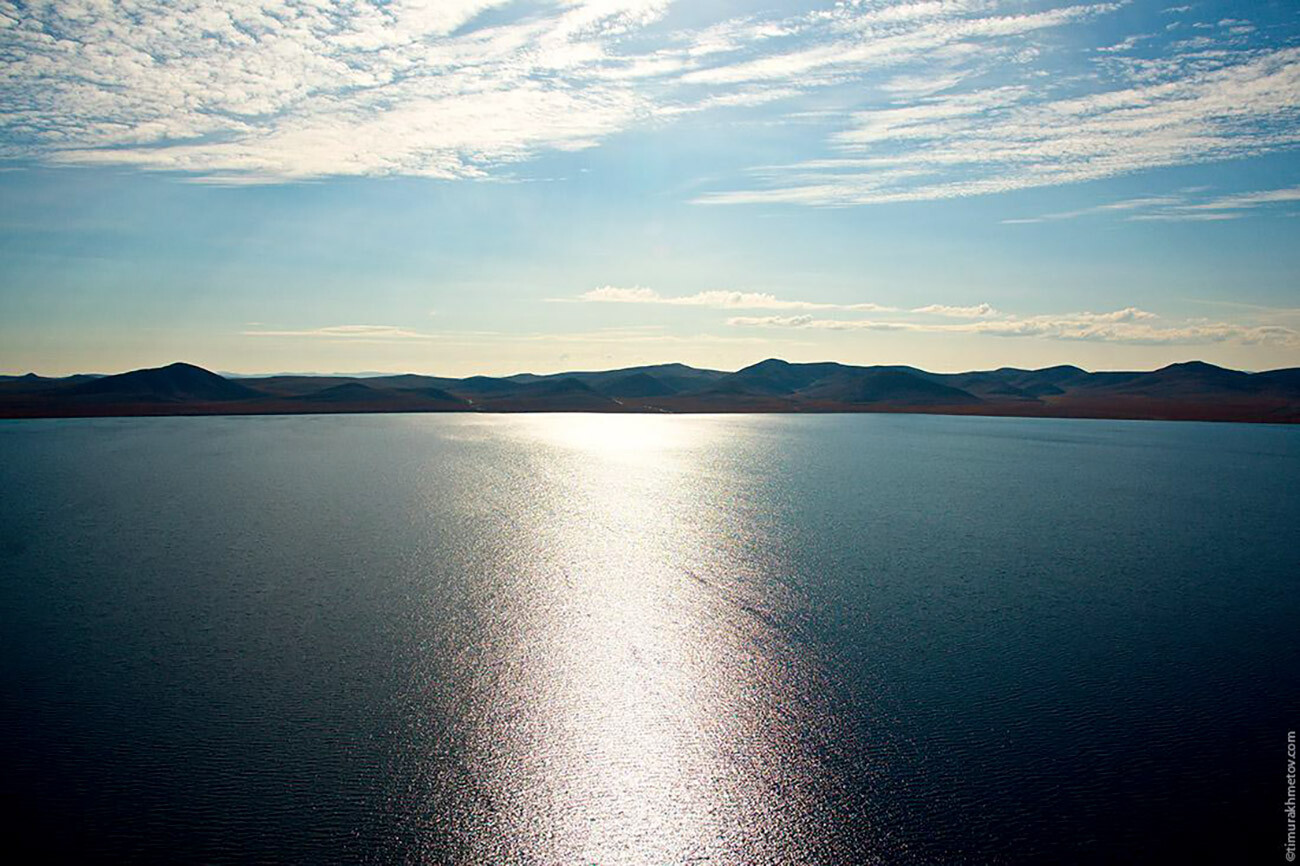 For a long time, it was believed that Elgygytgyn most likely formed in a volcano crater. This theory was confirmed by the analysis of rocks, which showed their volcanic origin. But, in 2009, an international team of scientists drilled a hole 225 meters deep into the bottom sediments of Elgygytgyn. There, they discovered rocks, which can be found only in craters formed from the impact of a meteorite-like object with Earth. This discovery put an end to the controversy about its origin. The lake appeared as the result of a meteorite impact. 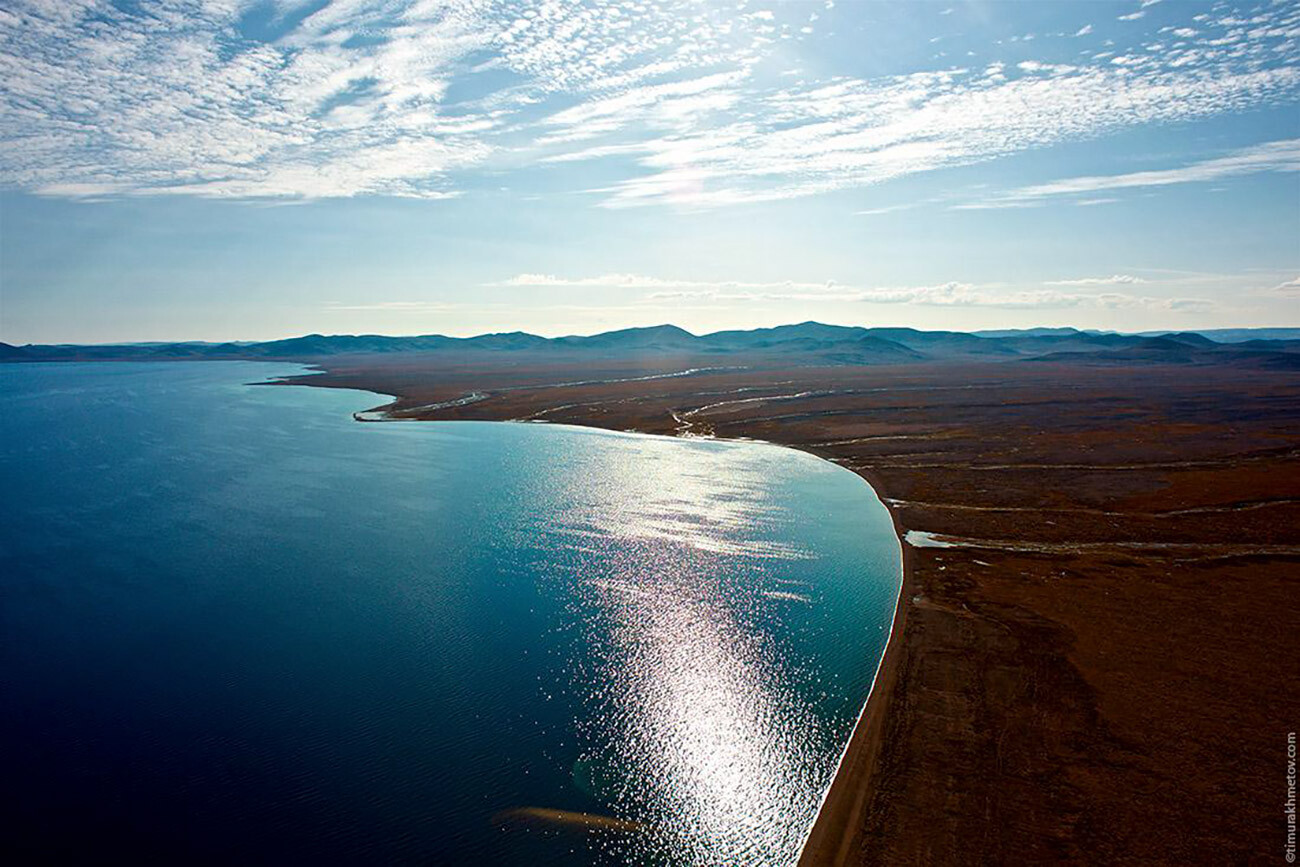 It is believed that Elgygytgyn was never totally frozen. While, millions of years ago, Europe and the Americas were covered by ice, there were no glaciers on the territory of modern Chukotka. That’s why the lake has preserved a unique ecosystem and its bottom is a source of data about the life of Chukotka for the last 3.5 million years. Elgygytgyn is sometimes compared to Baikal and Greenland’s glaciers in terms of its importance for research. 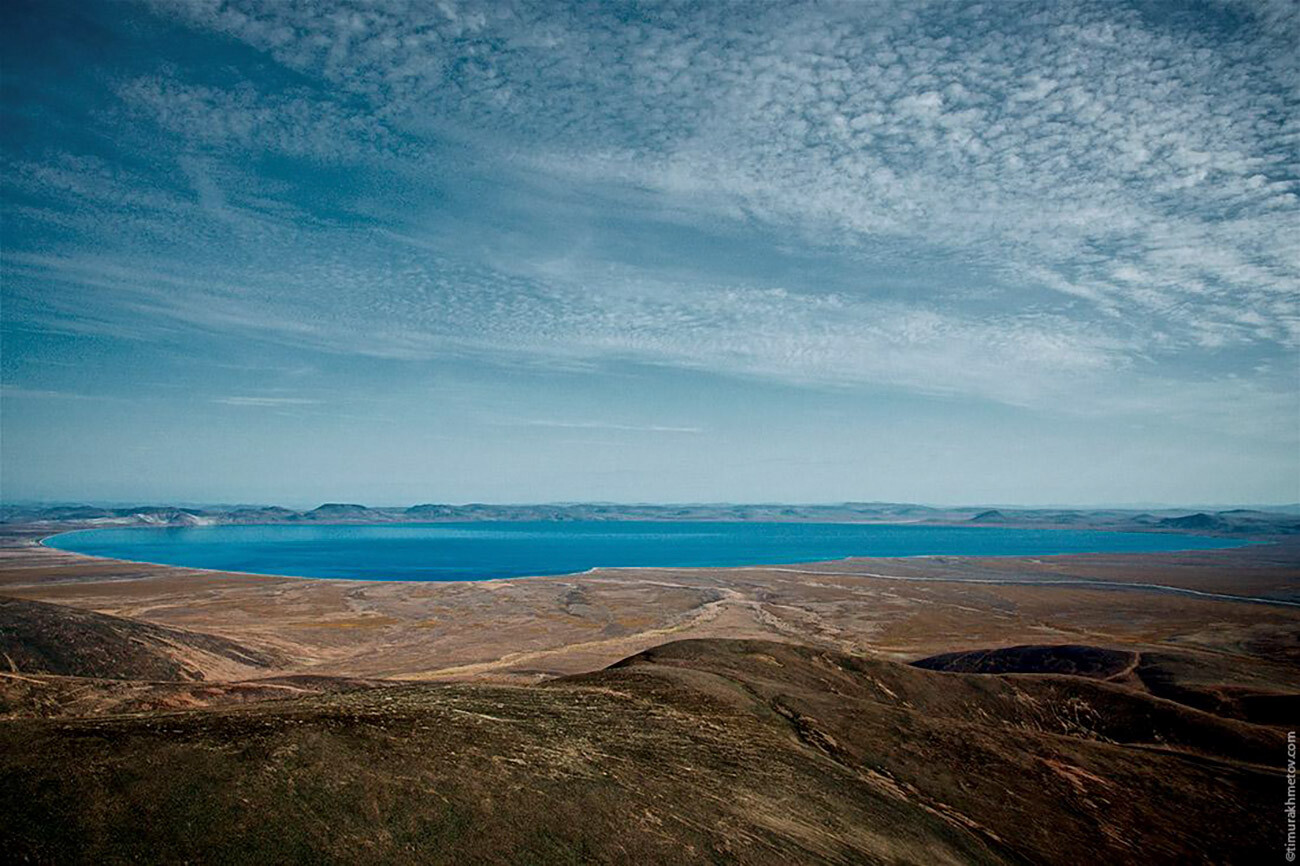 The lake is literally swarming with fish, so it attracts fans of challenging trips and unique fishing. Endemics can be found there, as well - representatives of flora and fauna, which live only in Elgygytgyn and nowhere else. 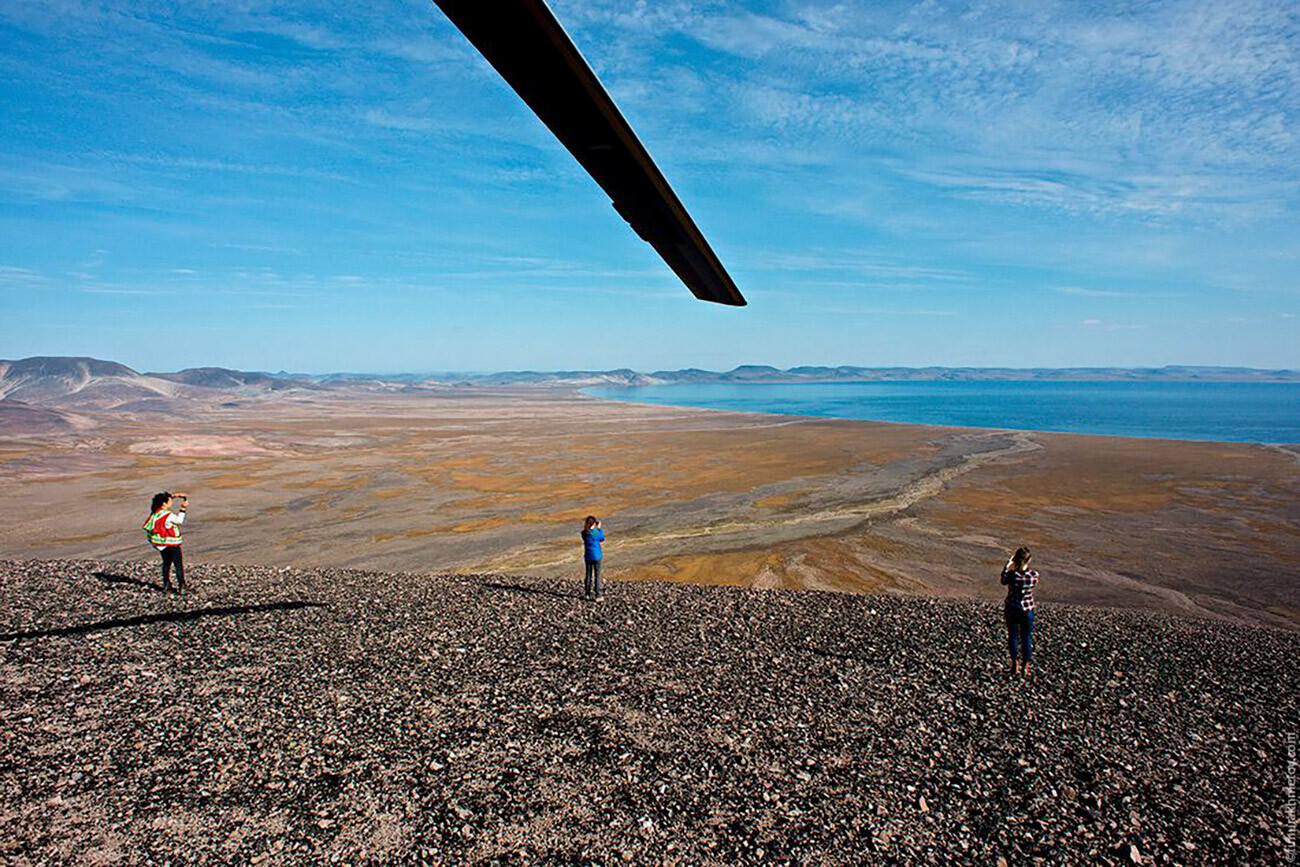 In particular, a unique fish species named ‘Salvethymus svetovidovi’ lives there. These fish have adapted to the cold dark water and have inhabited the lake since the time mammoths were around. These relict salmon live almost near the very bottom of the lake. Their blood retains traces of ancient physiological adaptations and they are capable of surviving very long periods of oxygen starvation. The species has survived under the ice virtually without oxygen for tens of thousands of years. 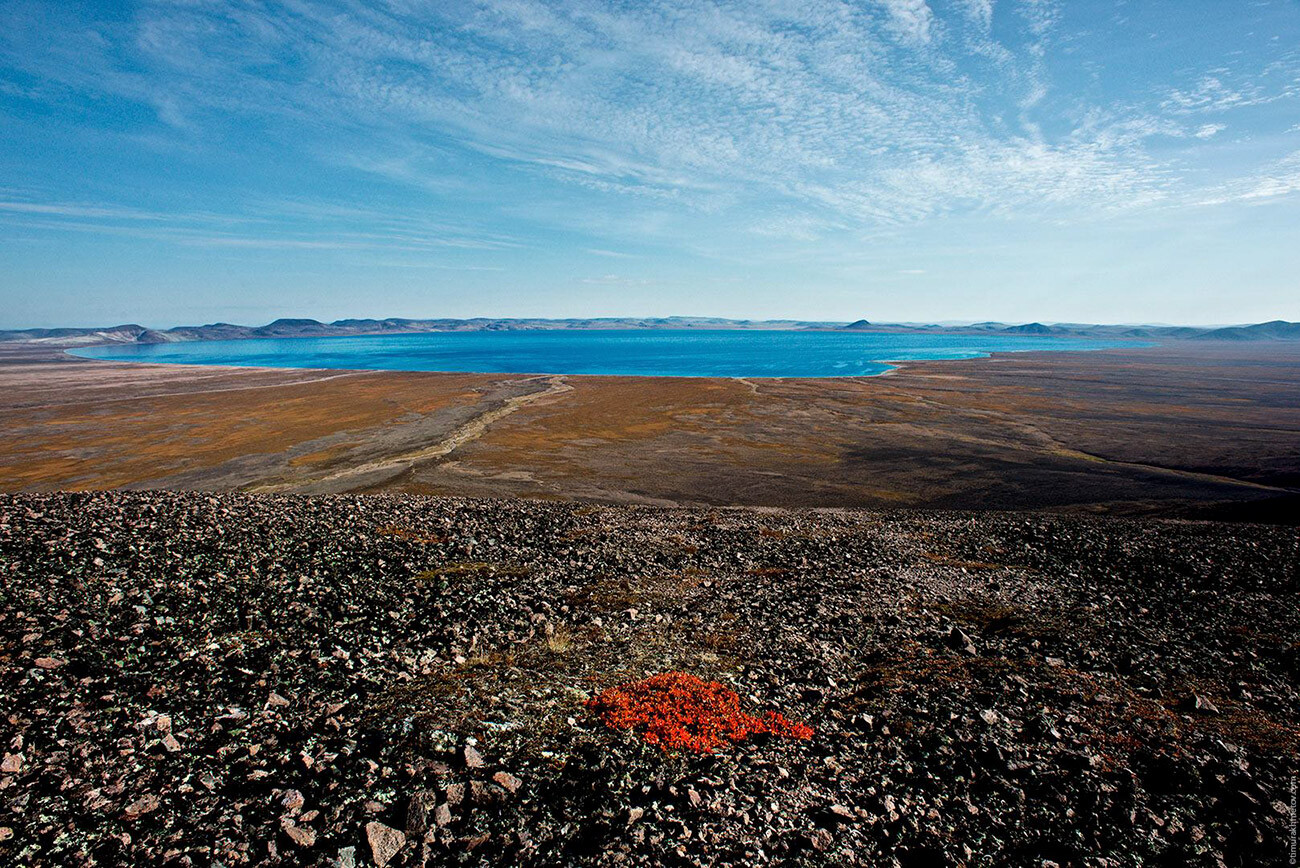 The lake’s surroundings are inhabited by foxes, wolves and bears. Therefore, travelers usually take firearms in case of sudden encounters with predators. 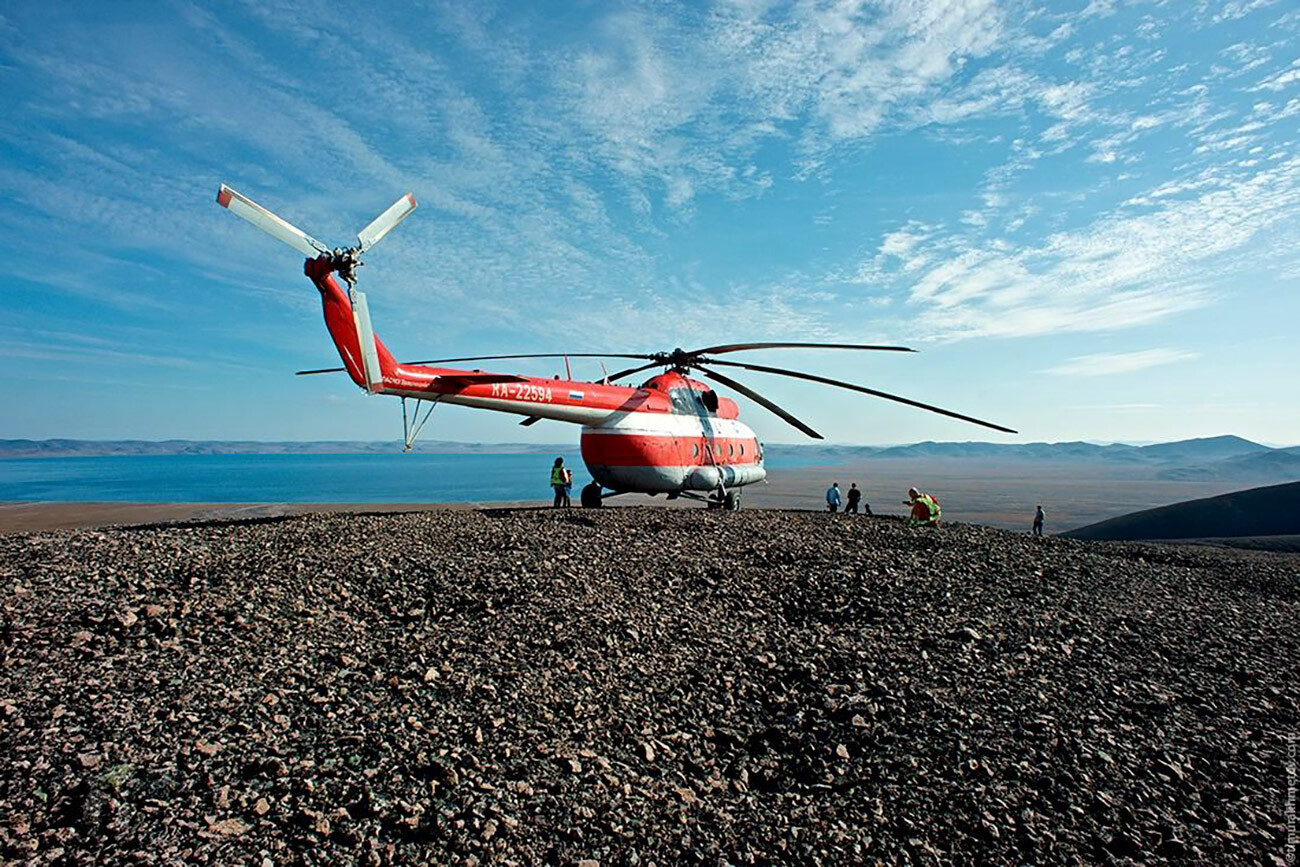 It is believed that a trip to Elgygytgyn is not only for people with a strong spirit (it is called “the place of strength” and “the eye of the Earth”), but also for people with good health. The weather in this area is unstable: in summer, the temperature and atmospheric pressure may change several times during the same day.