Everything you need to know about St. Petersburg's 5 main cathedrals 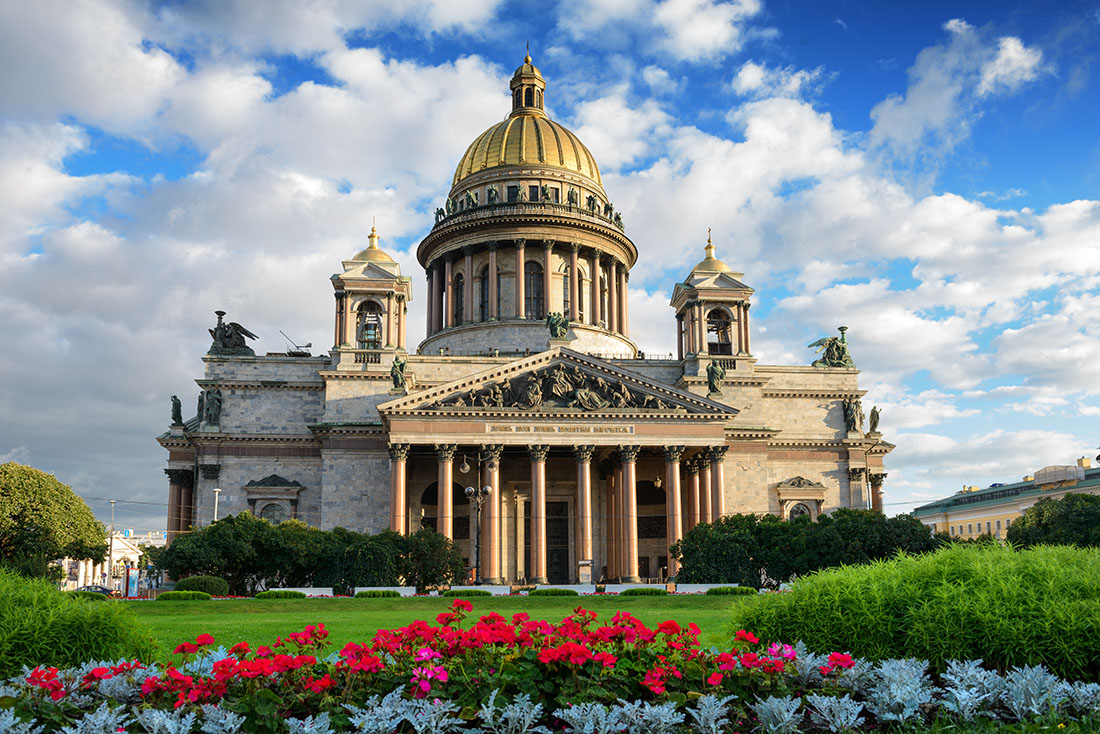 1. Saints Peter and Paul Cathedral: The royal burial vault and the city's talisman 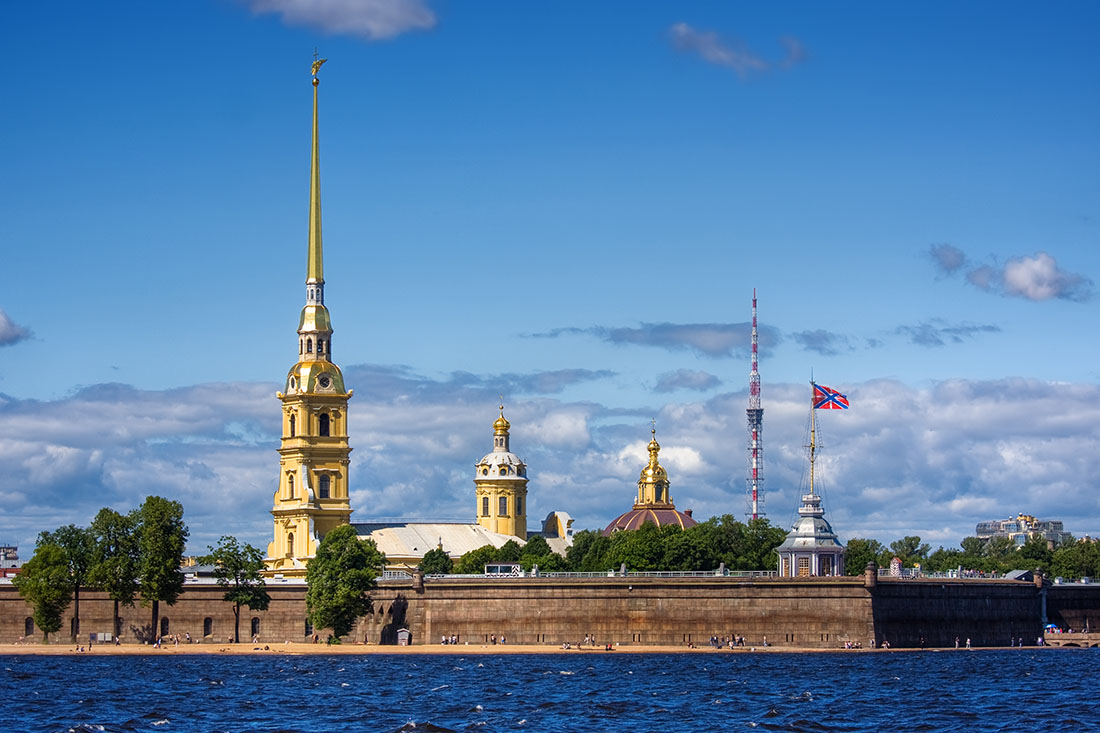 Founded in 1712, Saints Peter and Paul Cathedral is St. Petersburg's oldest church – and it’s the tallest church in the historic part of the town as well, with its gilded spire reaching a height of 122.5 meters. At present, construction of taller buildings in the city center is forbidden by law.

Peter the Great, the first Russian emperor and the founder of St. Petersburg, wanted the main cathedral of the new Russian capital to be taller than the Belfry of Ivan the Great in the Kremlin – the tallest landmark of the old capital. Even before the cathedral was completed, he ordered that the new royal burial vault be established within its walls, not in Moscow. Almost all the Russian emperors are buried in the cathedral, starting from Peter the Great himself to Nicholas II, who was brutally murdered by the Bolsheviks in 1918. 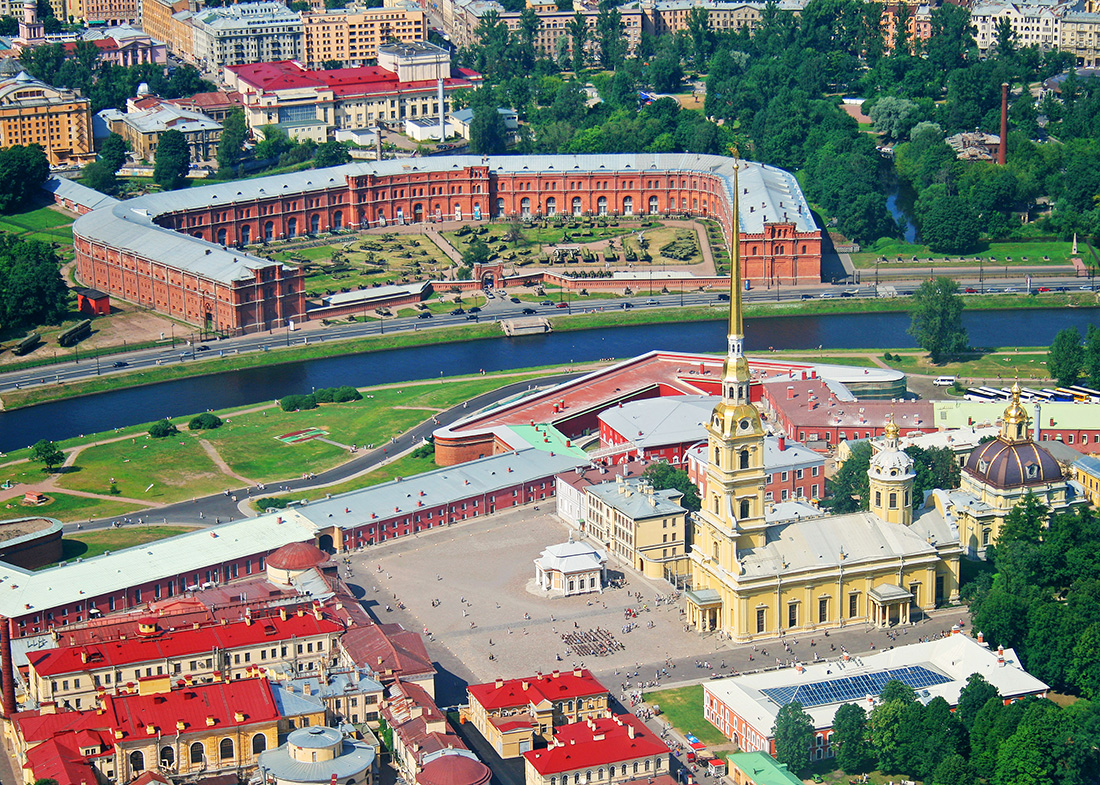 The gilded angel that crowns the spire of the cathedral is one of the most recognizable symbols of St. Petersburg. It’s also the city’s talisman. The industrial climbers who renovated the cathedral in 1997 discovered a note inside the angel from their predecessors, the 1960s renovation team. In the note, the former team of workers complained of pressing deadlines and low wages. This discovery started a new tradition: Every time a team of renovators climbs the spire, they leave a message to their future colleagues - 122 meters off the ground.

Tip: At midnight and at noon, the carillon on the cathedral belfry chimes the national hymn, and in the summer, carillon concerts are held in the square in front of the cathedral.

2. The Cathedral of the Resurrection of Christ on Spilled Blood 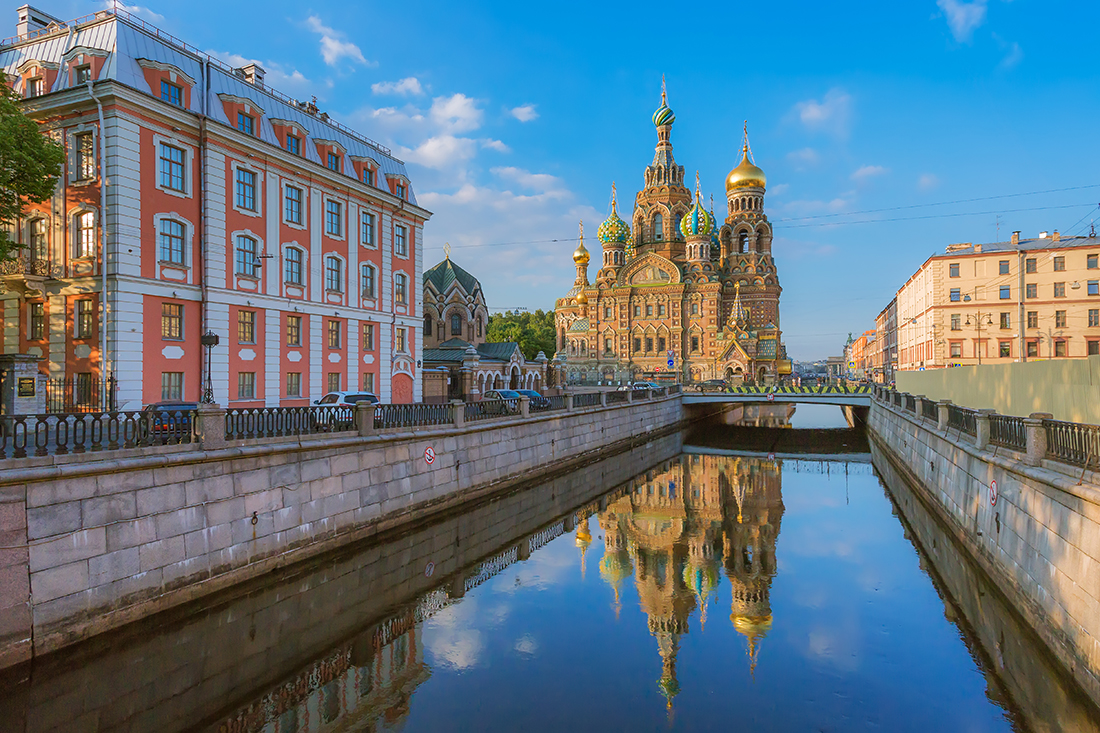 This temple is commonly known as the Church of the Savior on Blood. The architects designed the cathedral in imitation of Moscow's medieval temples, and the designs of the mosaics that decorate its interior were created by renowned artists belonging to the Russian Romantic movement of the late 19th century. The story behind it is tragic: It was established in 1883 as a memorial on the very spot of the fatal terrorist attack on Czar Alexander II. 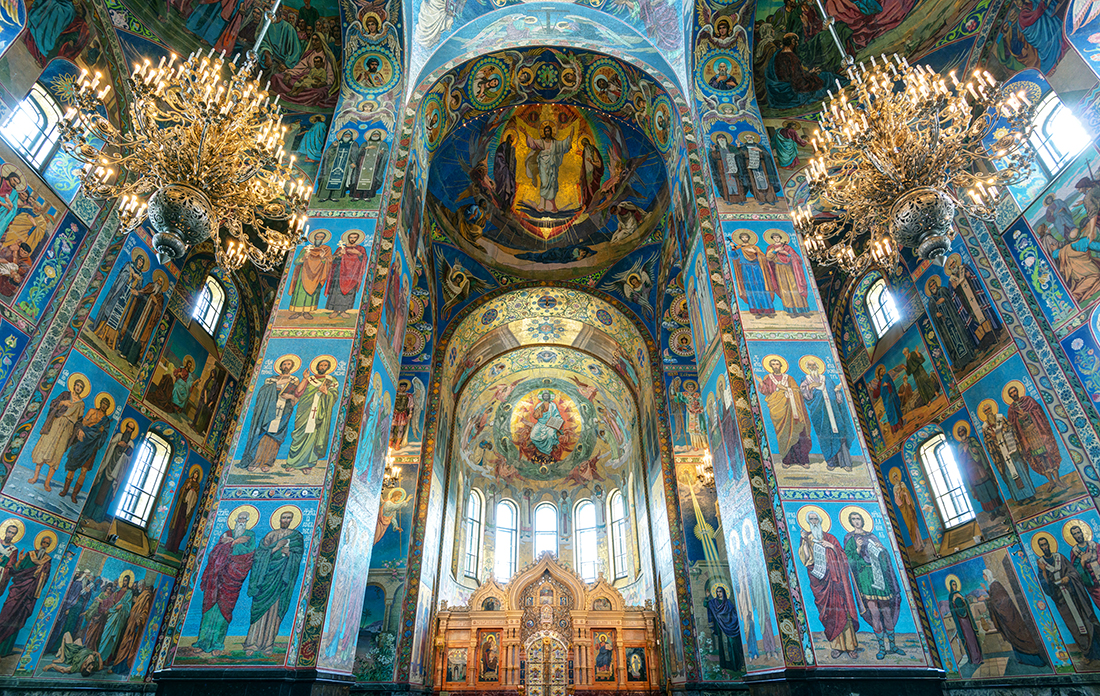 Inside, the walls of the cathedral are covered with seven square kilometers of mosaics. The eyes of Jesus Christ in the mosaic beneath the central dome appear always to be watching you, no matter what part of the cathedral you are in. Opposite the altar, in the western part of the cathedral, a jasper canopy shelters a fragment of the cobblestone pavement onto which Czar Alexander II was thrown by the explosion of his assassin's bomb.

Tip: Make sure to see the cathedral from the inside. In the museum ticket office, you can borrow an audio guide in one of a dozen languages for 200 rubles and learn a lot about the artistic techniques and materials used in the cathedral. At 7:30 in the morning, you can enter the cathedral free of charge during the Russian Orthodox service. 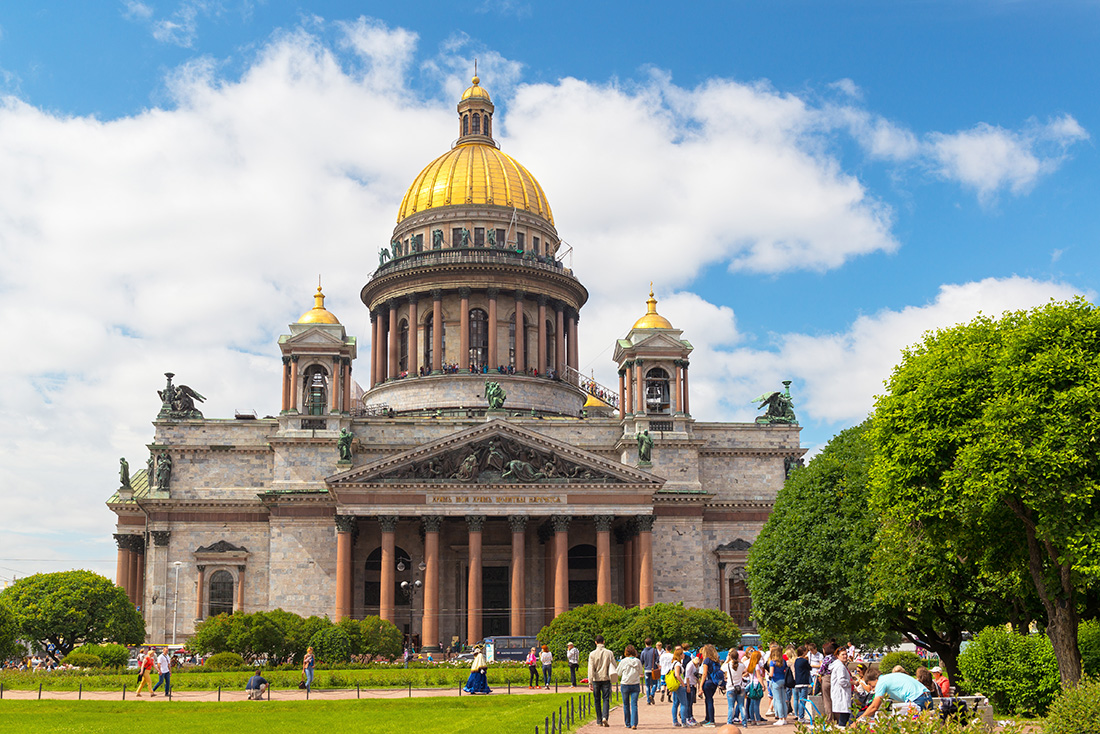 St. Isaac's Cathedral is one of St. Petersburg's most photographed landmarks, mostly because of its colossal size: The golden dome of Europe's third highest cathedral is visible from dozens of kilometers away. Over the 40 years that St. Isaac's Cathedral was being built (1818–1858), Petersburgers found it hideously ponderous and utterly disproportionate to the surrounding buildings, but they accepted it eventually – and the present-day St. Petersburg is unthinkable without St. Isaac's. 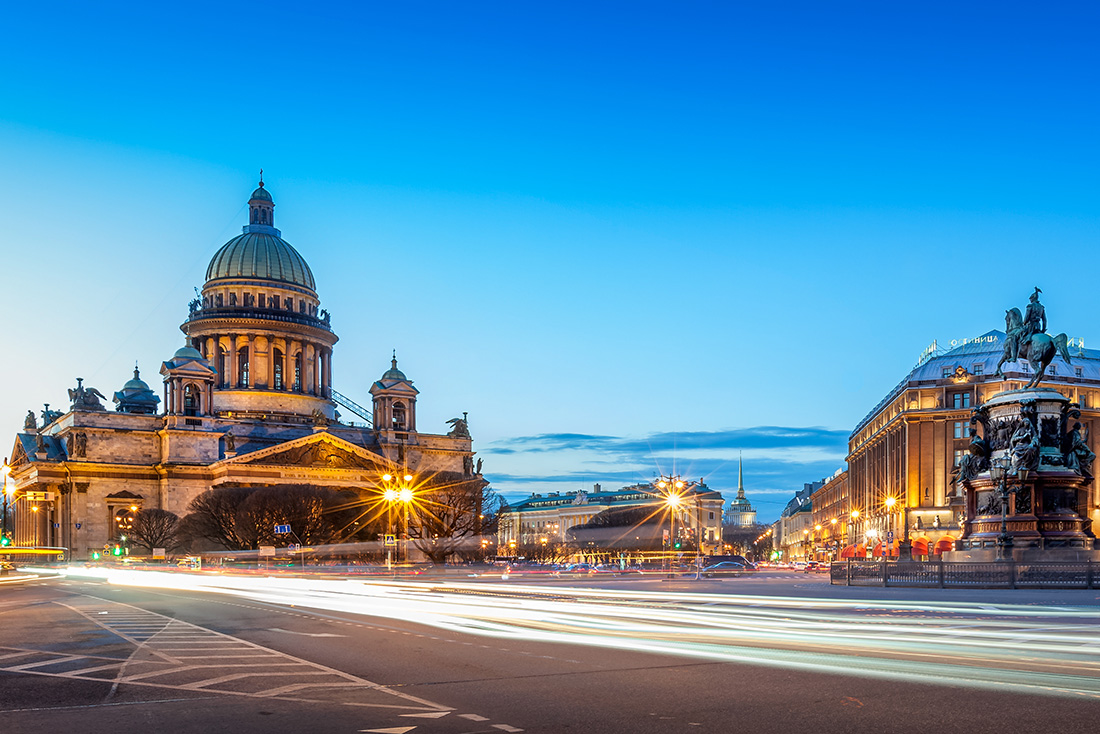 The 262 steps of the staircase leading to the colonnade of the cathedral are worth the effort of climbing them. The colonnade encircles the dome at 44 meters above the ground, the height of a 16-story building. Wherever you look, you see St. Petersburg, cut by innumerable rivers and channels into dozens of islands. To enter the colonnade, you will need a separate ticket, which can be bought at the museum ticket office or from a vending machine at the entrance. From June to August, during the "white nights," the colonnade is open to visitors until four in the morning.

Tip: The best view of St. Isaac’s Cathedral can be seen from the center of Isaakievskaya Square, marked by the equestrian monument to Emperor Nicholas I. 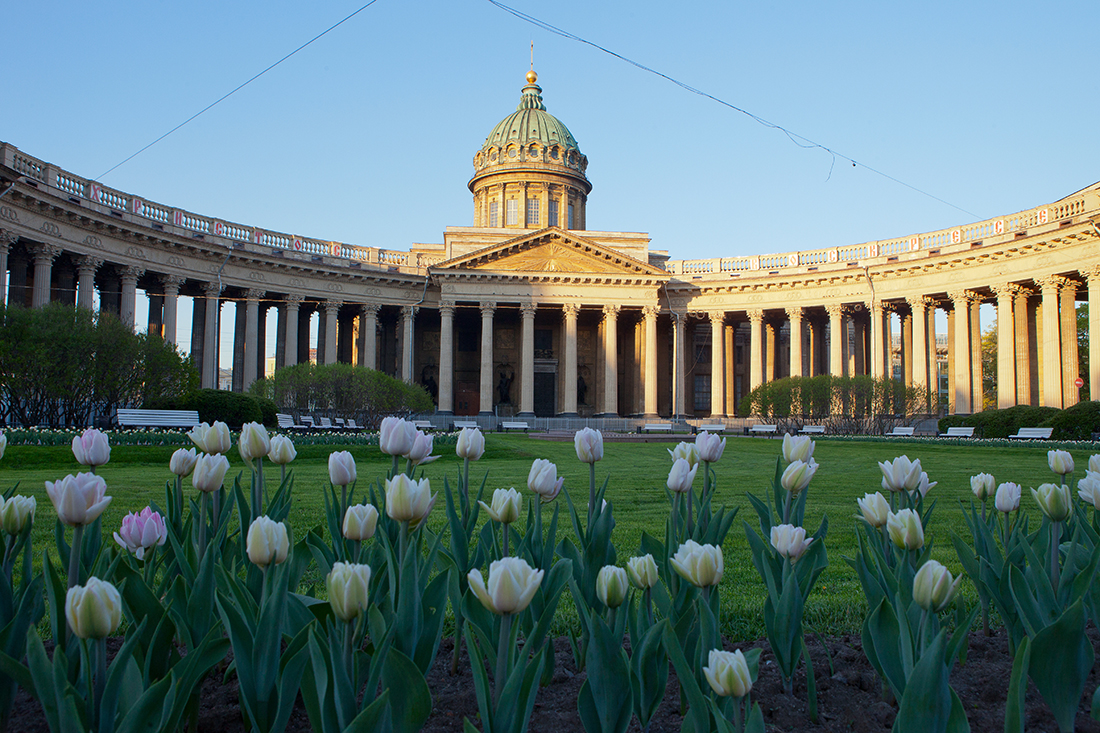 Forming a majestic semicircle around the Kazan Cathedral, the colonnade resembles that of St. Peter's Cathedral in the Vatican, but its true purpose is to mask the fact that the real facade is turned away from Nevsky Prospect, the city's main avenue. According to the church’s architectural canons, the altar must face the East.

Presently, the colonnade is closed to visitors, but the cathedral itself opens every day in the morning, and admission is free because it is an active church with services held daily. 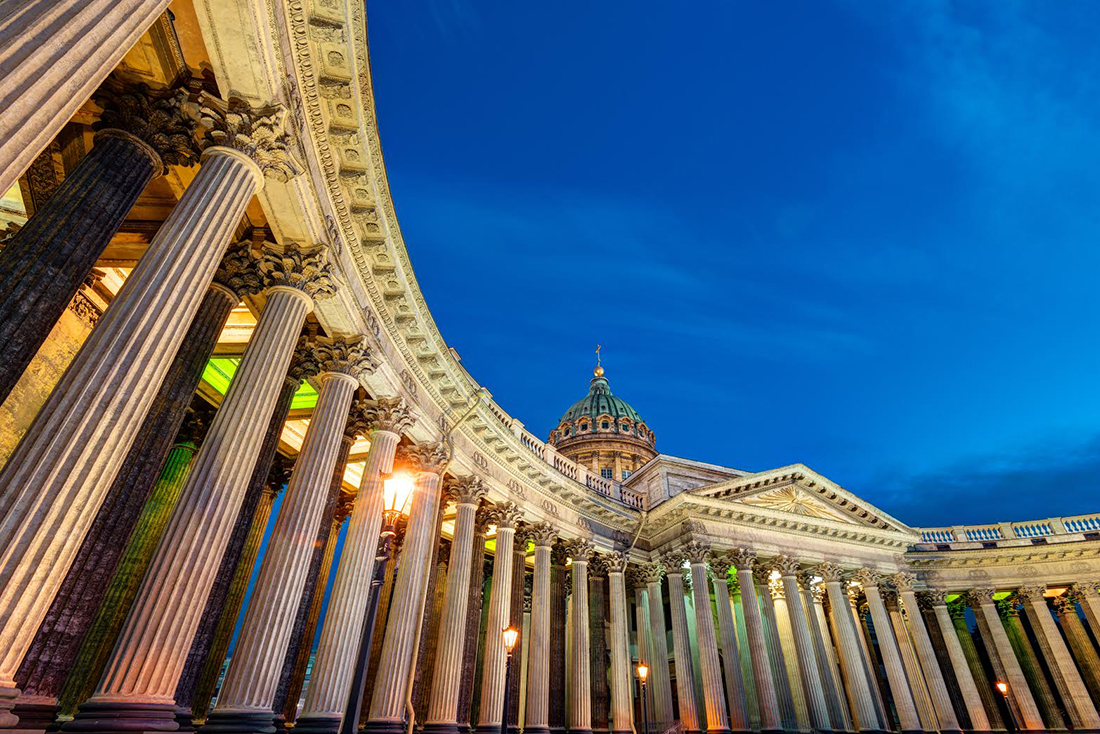 A year after its 1811 consecration, the Kazan Cathedral was proclaimed a memorial to Russia's victory over Napoleon. Statues of the two most prominent military commanders of the war were installed in the square in front of the cathedral. The western side features the monument to Barclay de Tolly, and the eastern side has the monument to Mikhail Kutuzov, immortalized as one of the characters in Leo Tolstoy's War and Peace.

Tip: The best view of the Kazan Cathedral is from the other side of Nevsky Prospect. Just look out the windows of Singer Coffee Shop on the second floor of the House of Books bookstore (28 Nevsky Prospect).

5. Smolny Cathedral: A chameleon of a temple, but beautiful from any angle 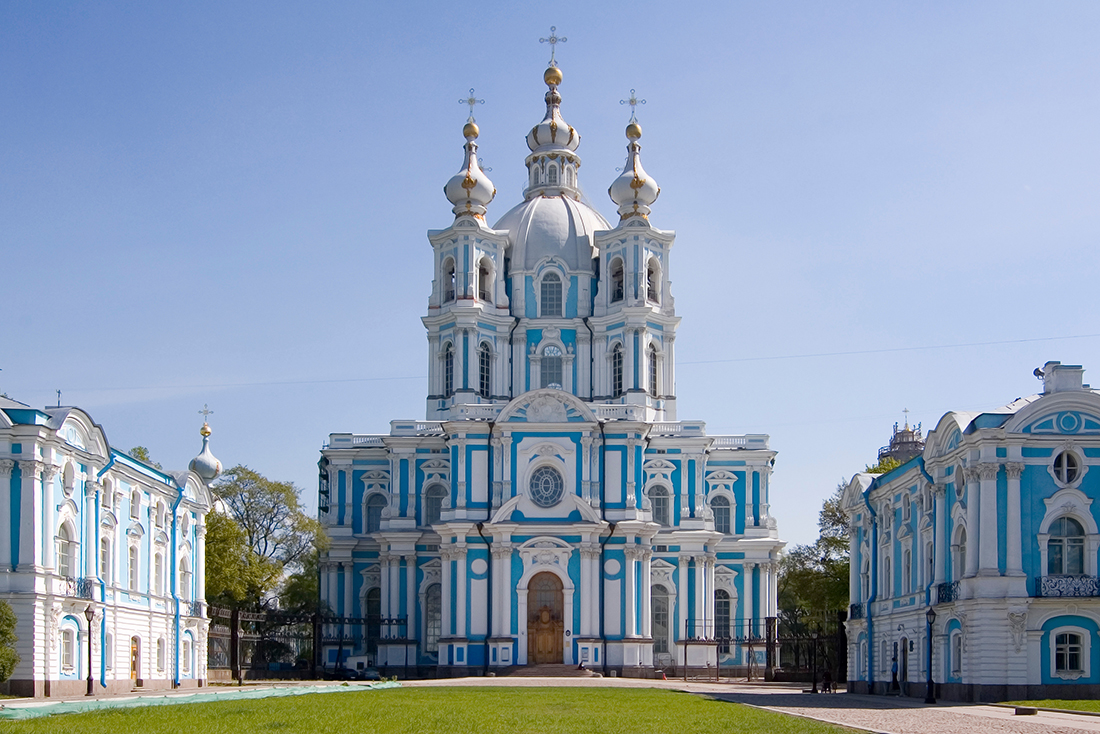 Smolny Cathedral is situated outside the historical center of St. Petersburg. It can be quite tricky to get there because the name "Smolny" denotes not only the cathedral but also the headquarters of St. Petersburg's administration, situated in the neighboring building. You’ll know you’ve arrived at the right destination when you see lots of parked tourist buses and newly-married couples drinking champagne with their guests: The cathedral is one of the top wedding photo locations for St. Petersburg couples. 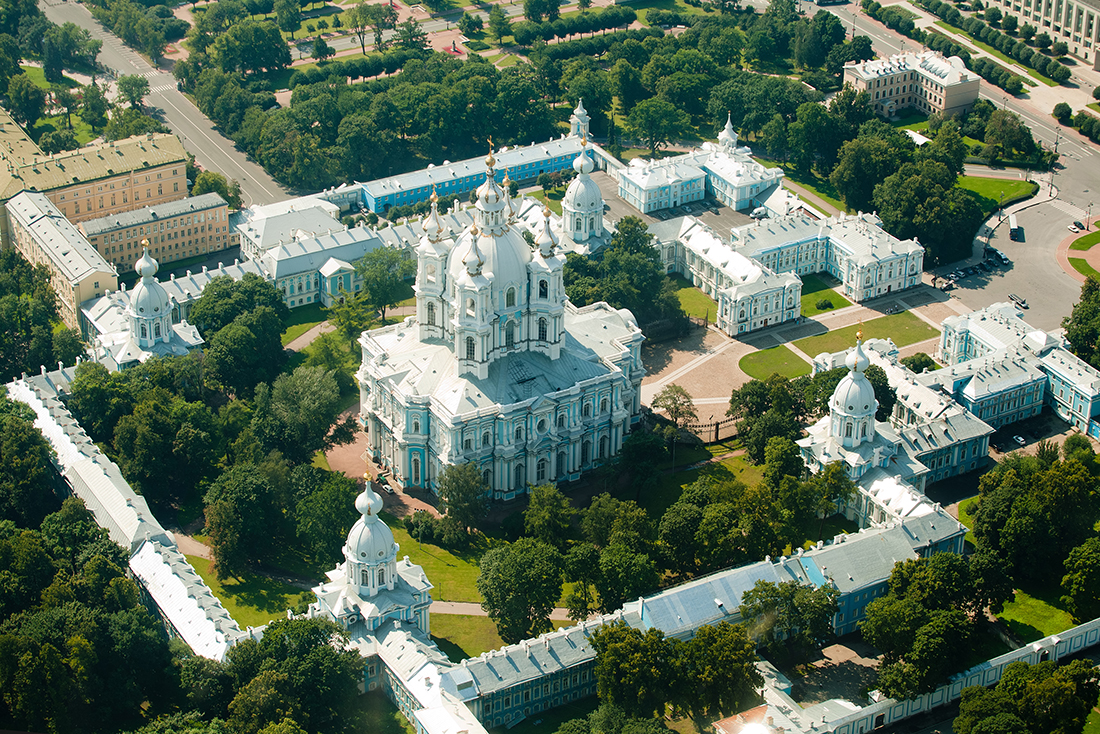 One distinctive feature of its architecture is the lack of any main facade. Each wall of the building is a facade, making the cathedral look equally festive from all sides, even from the modern residential area on the opposite bank of the Neva River. The color of Smolny adjusts to the color of the city sky: In sunny weather, it shifts toward light-blue, and in gloomy weather, it looks grayish. The side of Smolny you’ll see depends on the always fickle St. Petersburg weather.