5 differences between the Moscow Metro and the St. Petersburg subway 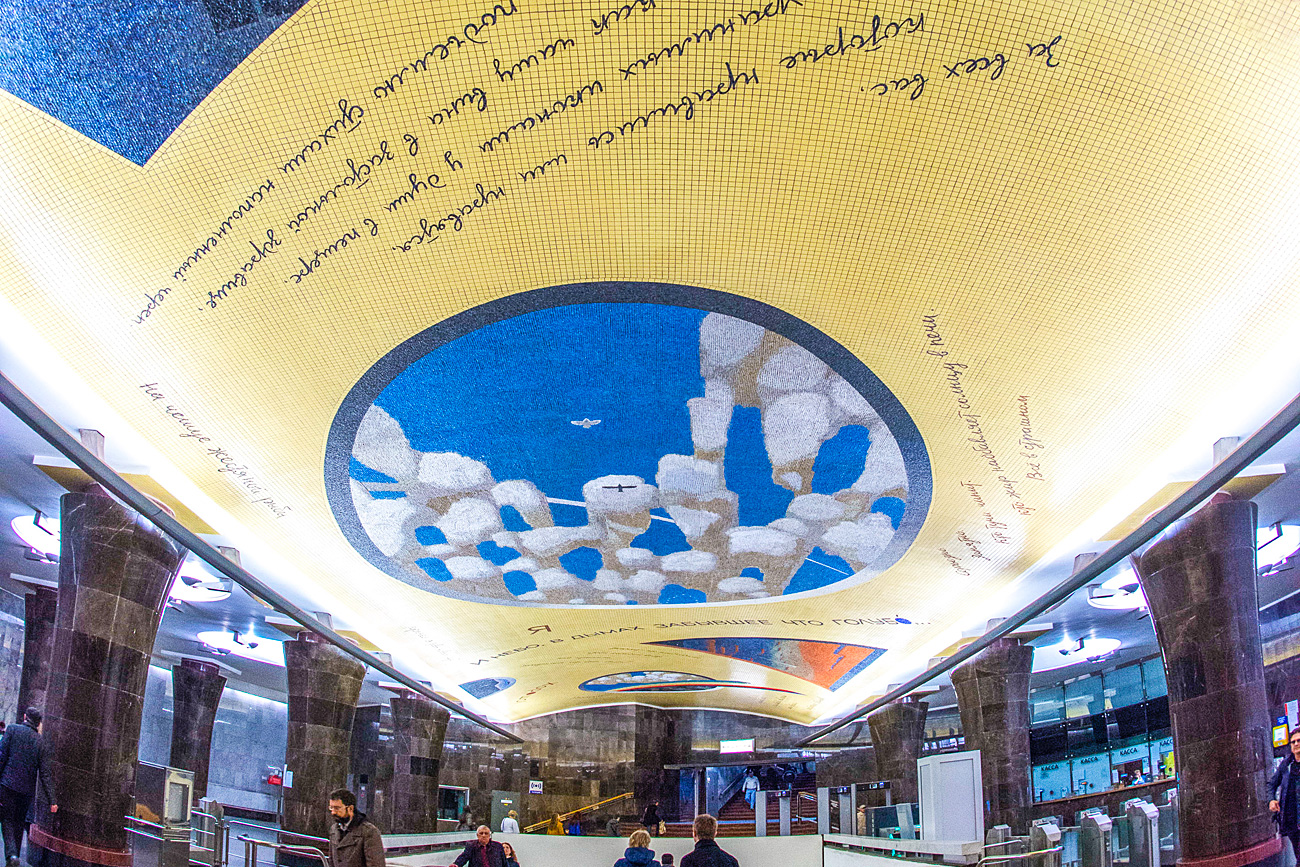 TASS/Nikolai Galkin
The St. Petersburg subway is older and smaller, whereas the Moscow Metro is newer and more advanced technically; however, the differences that make each of them a tourist attraction are far more numerous. 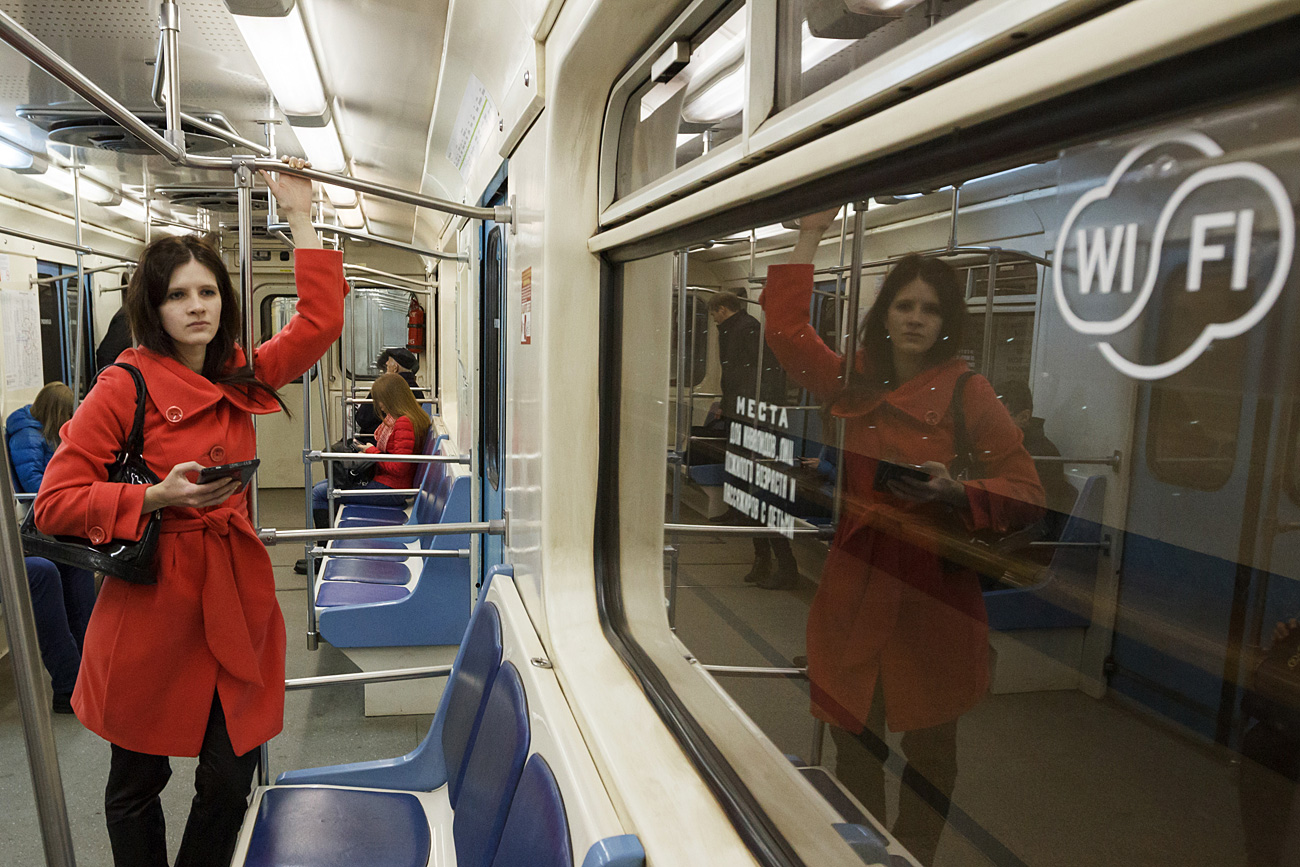 The Muscovites have long been accustomed to fast and free Internet access underground: All subway lines have been equipped with public Wi-Fi spots since 2014. It can’t be accessed from the platforms, but you can use your mobile Internet instead.

In St. Petersburg, Wi-Fi will not be available on subway trains until May 30, 2017, and will only be launched on one line, but by the end of the year, the entire subway system will be covered. 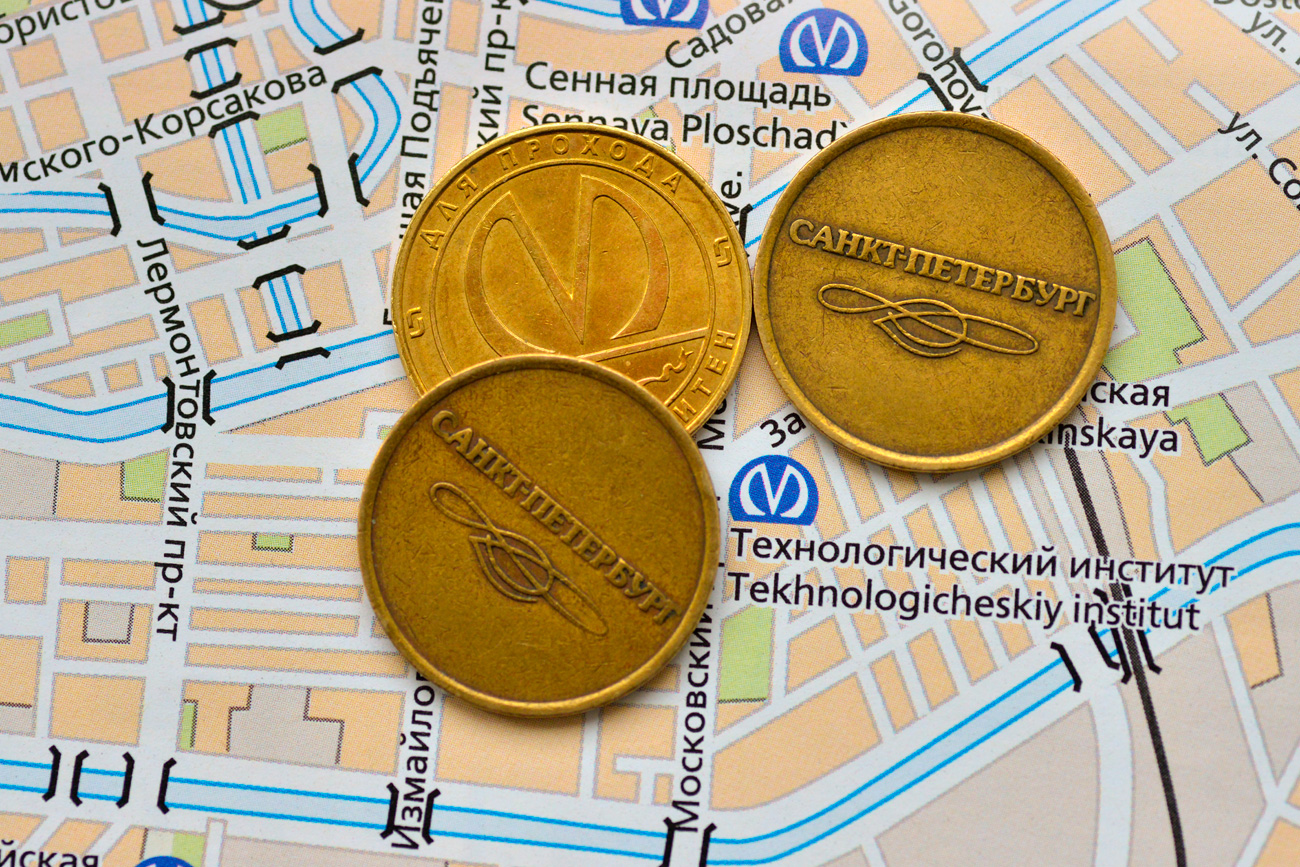 To take a ride on the Moscow Metro, you can buy a one-fare cardboard card for 55 rubles ($0,97) or a Troika plastic card, which can be used for ground transit and as a means of payment at some museums; you can top it up with your credit card or with cash to use it for an unlimited time.

Along with the omnipresent plastic passes, the St. Petersburg subway still uses metal tokens, which are old-fashioned and therefore more charming. Travelers often keep them as souvenirs and carry them around in their wallets. The Moscow Metro stopped issuing tokens 20 years ago, and the last one was used in 1999. 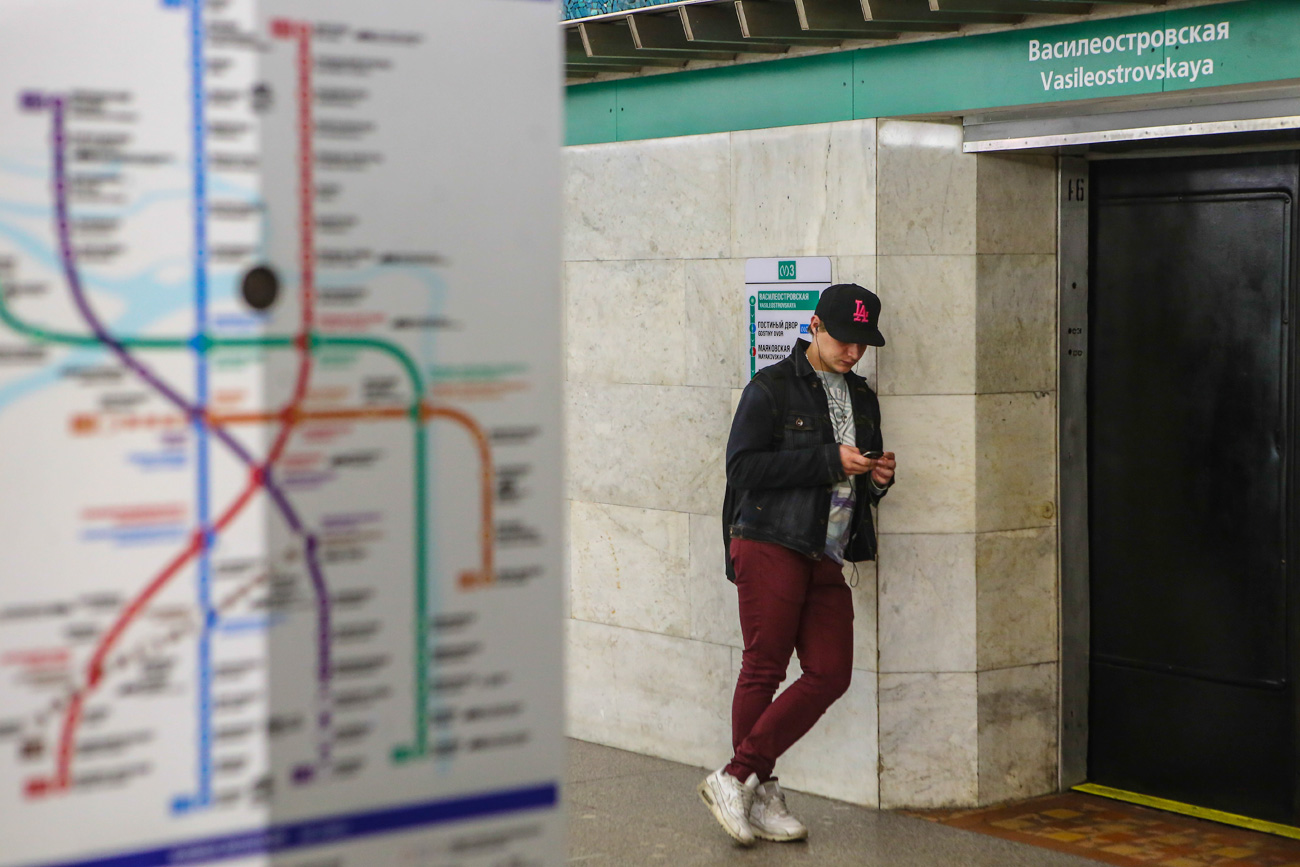 Only in St. Petersburg can you take a ride in a "horizontal elevator": This term is used in reference to ten special stations where the trains are separated from the platform with walls and sliding metal doors. When a train stops, its doors match up with those of the station, just as elevator doors are matched to the doors on each floor of the building – hence the name of this type of station.

Stations with sliding doors were introduced as an extra safety measure in case of flooding: The soil of St. Petersburg is saturated with water and features half-kilometer-thick sections of wet sand, which are prone to coming loose. Subway construction in St. Petersburg was a real challenge – Soviet engineers used liquid nitrogen to freeze the swampy ground, which increased the construction costs greatly. More than 8000 tons of liquefied gas was pumped into the ground. The first "horizontal-elevator" station was Park Pobedy, which opened in 1961. 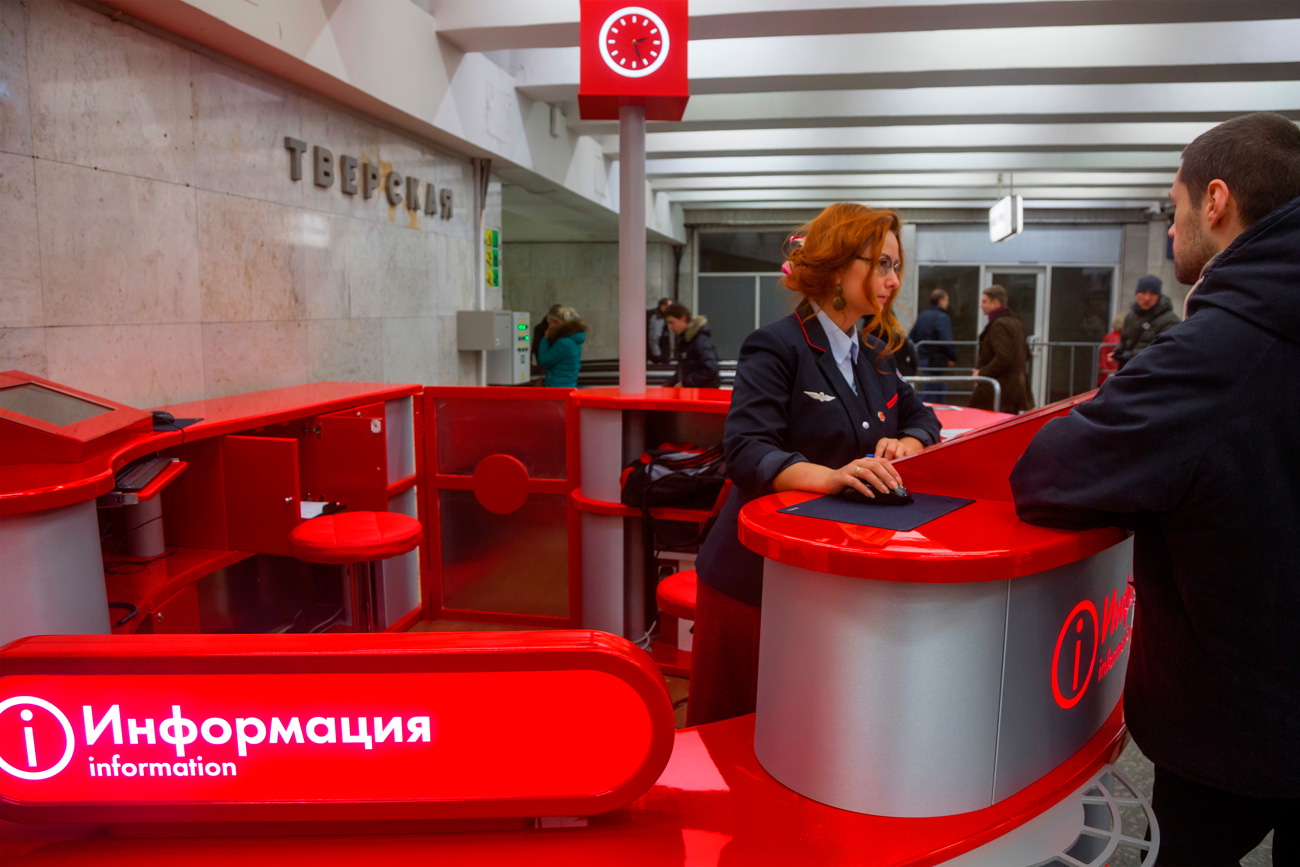 You can use a special delivery service offered by the Moscow Metro to send a parcel across the city. To do it, you need to come to the information stand with your parcel, unsealed and not exceeding 3 kilograms, fill out a form, pay for the delivery, which costs from 100 to 550 rubles ($2-10), and notify the addressee. Aside from Moscow, the Metro offers delivery to 33 other Russian cities.

You can step into the shoes of a Moscow Metro train driver on an interactive simulator, take a ride in a vintage car straight out of the 1930s, or watch historical footage and see a collection of uniforms with a guided tour around the Vystavochnaya station; tickets can be bought at the Center for Career Guidance on the second level of the entrance hall from 10.00 to 18.00. 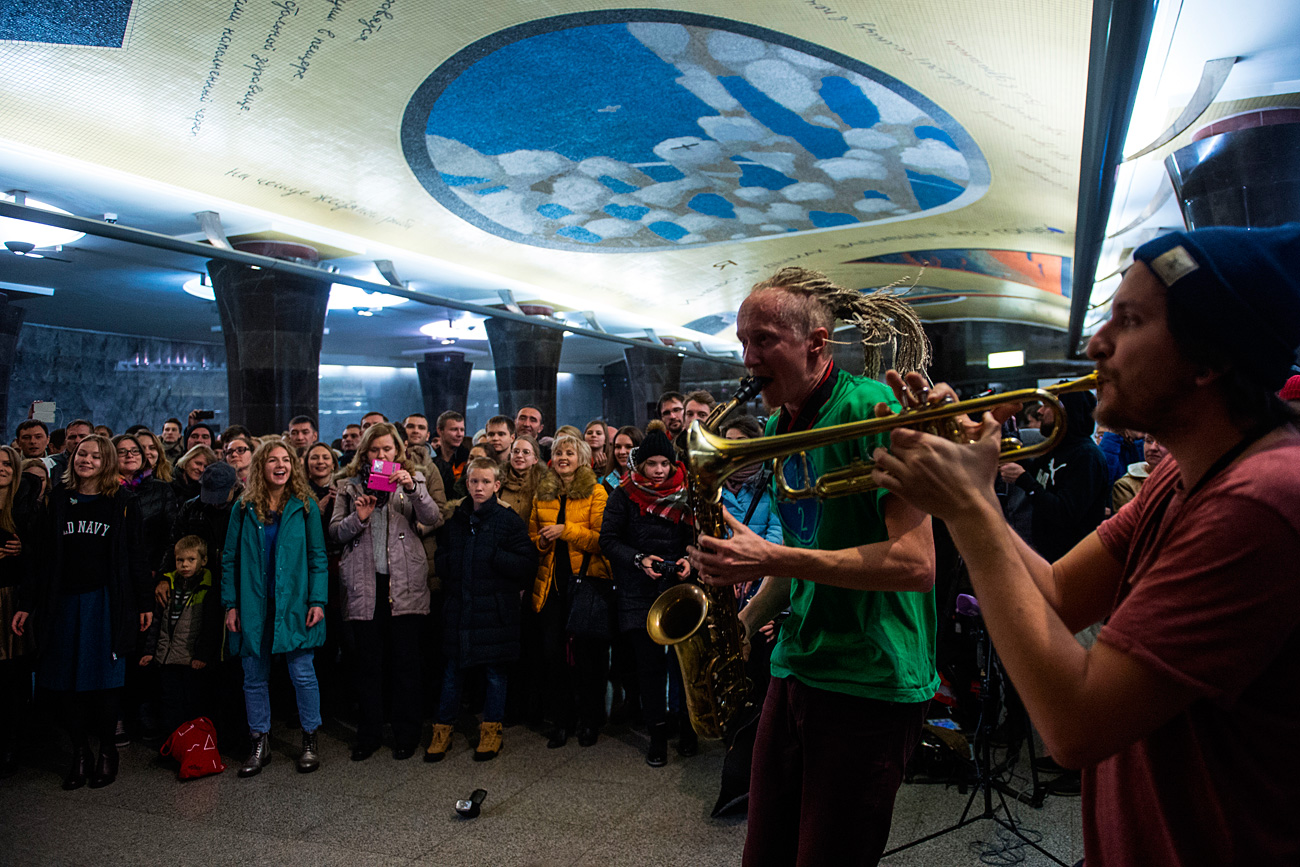 Every day, Muscovites hastily make their commute across the network of luxurious granite underground halls to the accompaniment of live music: Street singers and musicians perform all around the subway at special locations in connecting passages between stations and entrance halls. To listen to free opera concerts or folk and rock gigs in the Moscow Metro, see the schedule (in Russian). 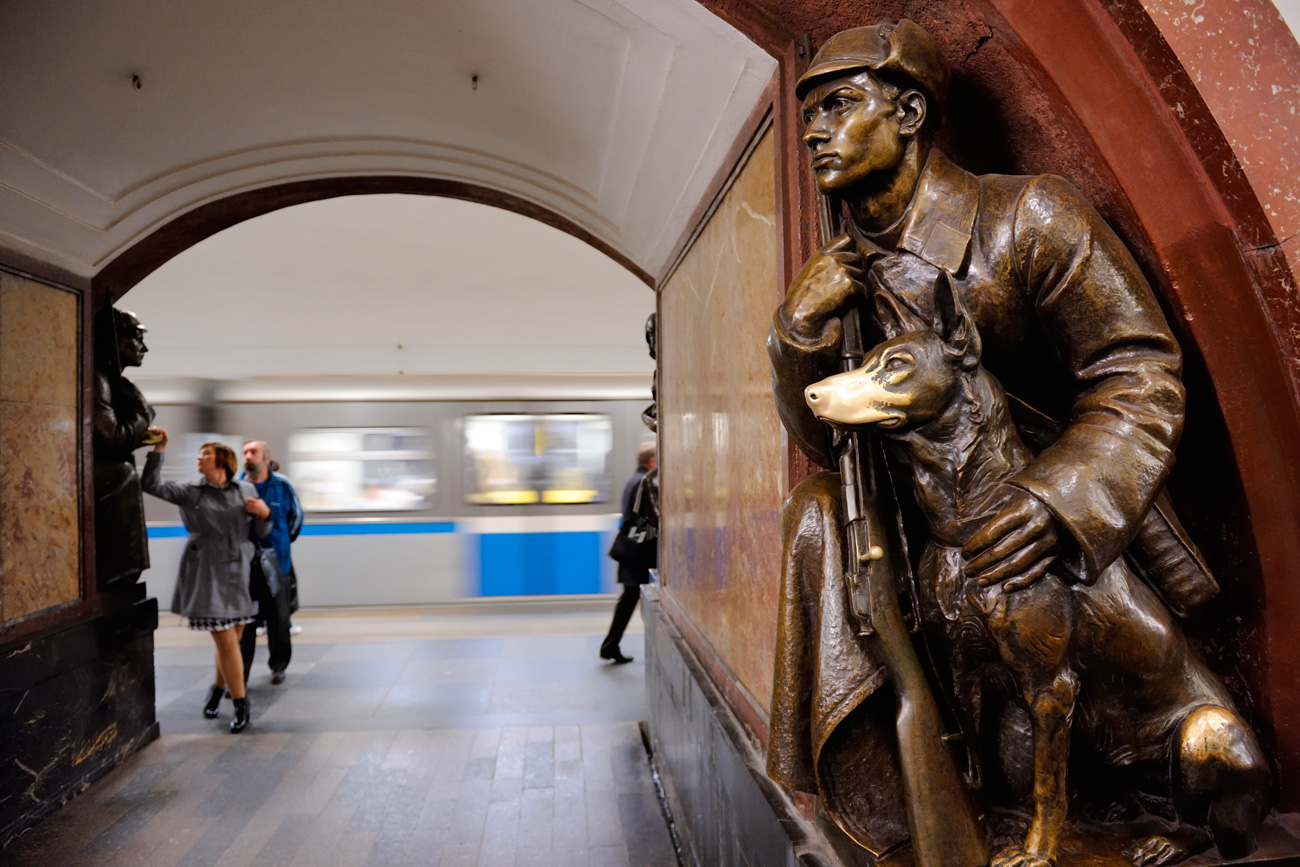 Both subways have their own talismans, which are believed to bring you luck. Before exams, Moscow State University applicants and students rub the nose of the border guard's dog at the Ploshchad' Revolutsii station in Moscow.

Those who need financial assistance rub the crest of the bronze rooster who sits at the feet of a female collective farm worker; judging by the brightness of the rooster, which is now almost 60 percent golden, against the dull brown surroundings, money matters are of great concern to the Muscovites. Would you care to see some more unusual Russian customs? Rub the code flags near the statue of the signal sailor; legend has it that you will be able to travel more if you rub them. 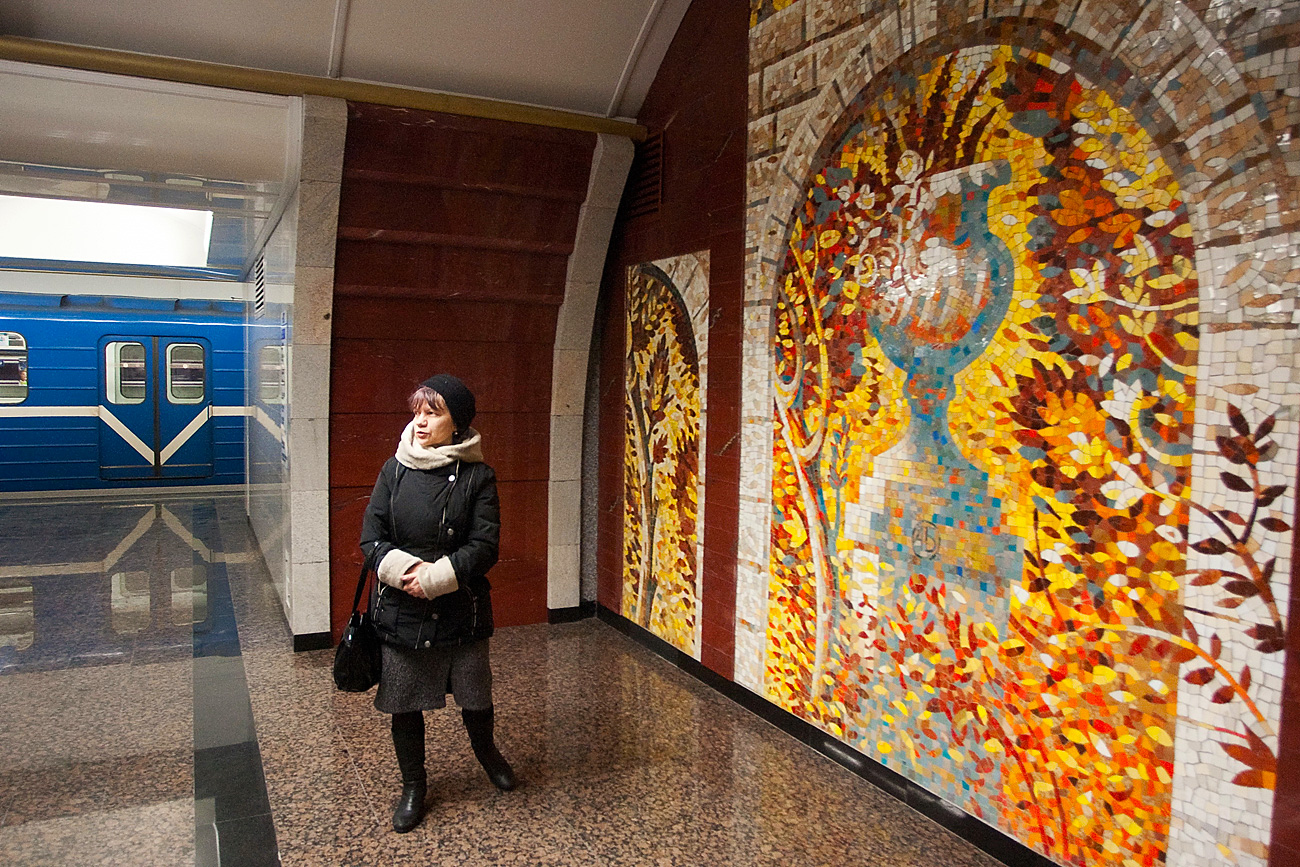 In the St. Petersburg subway, birds are a symbol of luck: if you can find the blue tit, concealed in the leaves in the mosaicFall in the Park at the Bukharestskaya station, your wishes may come true.