A mobile home of skin and bone: What Siberian nomads' houses are like 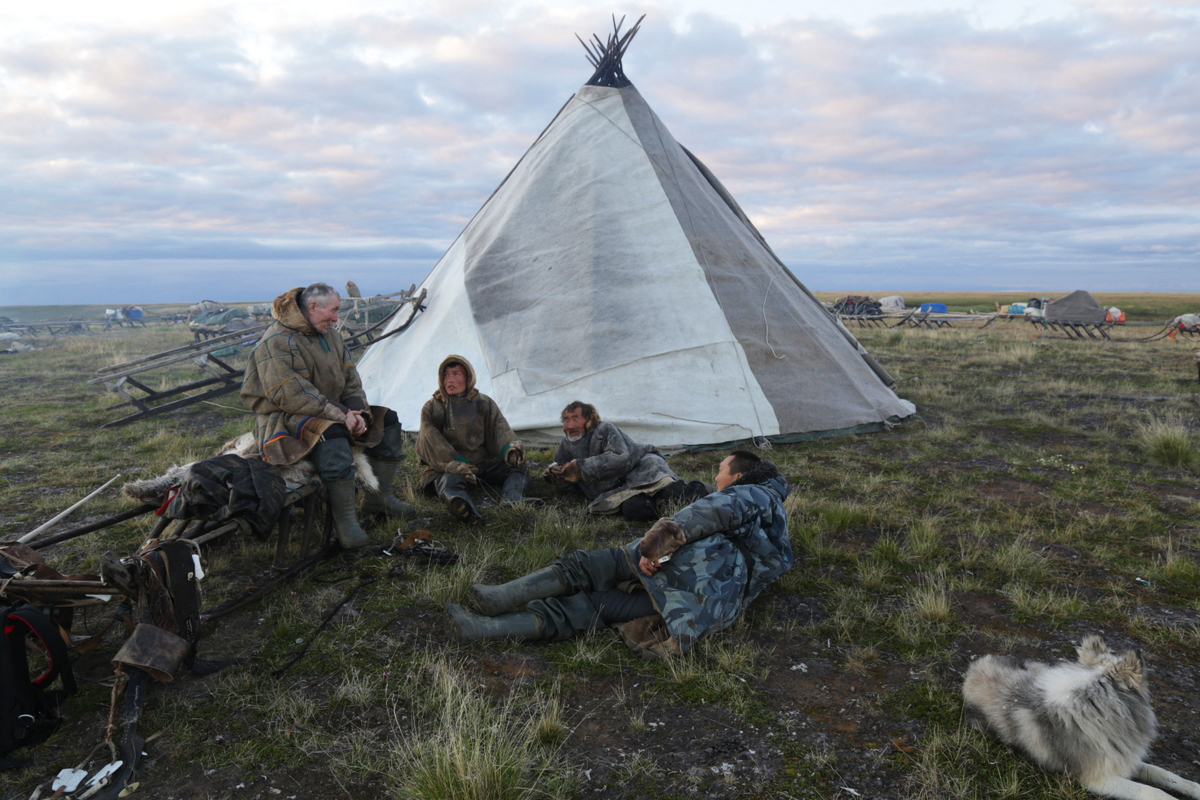 While the city slickers have trouble even putting up a two-tent, Siberian nomads can turn some animal skins into a portable and climate-controlled house

Alexandra Terekhina and Alexander Volkovitskiy, yamalexpedition.ru
Can you have a yurt in your house and how do you make a sleigh from a chum?

Siberian nomads used to cover distances of up to 600 kilometers a year. To stay on the move, they needed a portable home which was easy to carry around the taiga or tundra, which could be built in a few hours using only the materials at hand and which could withstand temperatures from -50° to +40° C.

After Russians colonized the Siberian lands, part of the indigenous population adopted a settled lifestyle, and in Soviet times, many of them even moved to cities. However, among the descendants of the steppe’s livestock breeders and taiga hunters, there are some who remain loyal to the traditional way of life, so nomadic homes are still in use in Siberia. 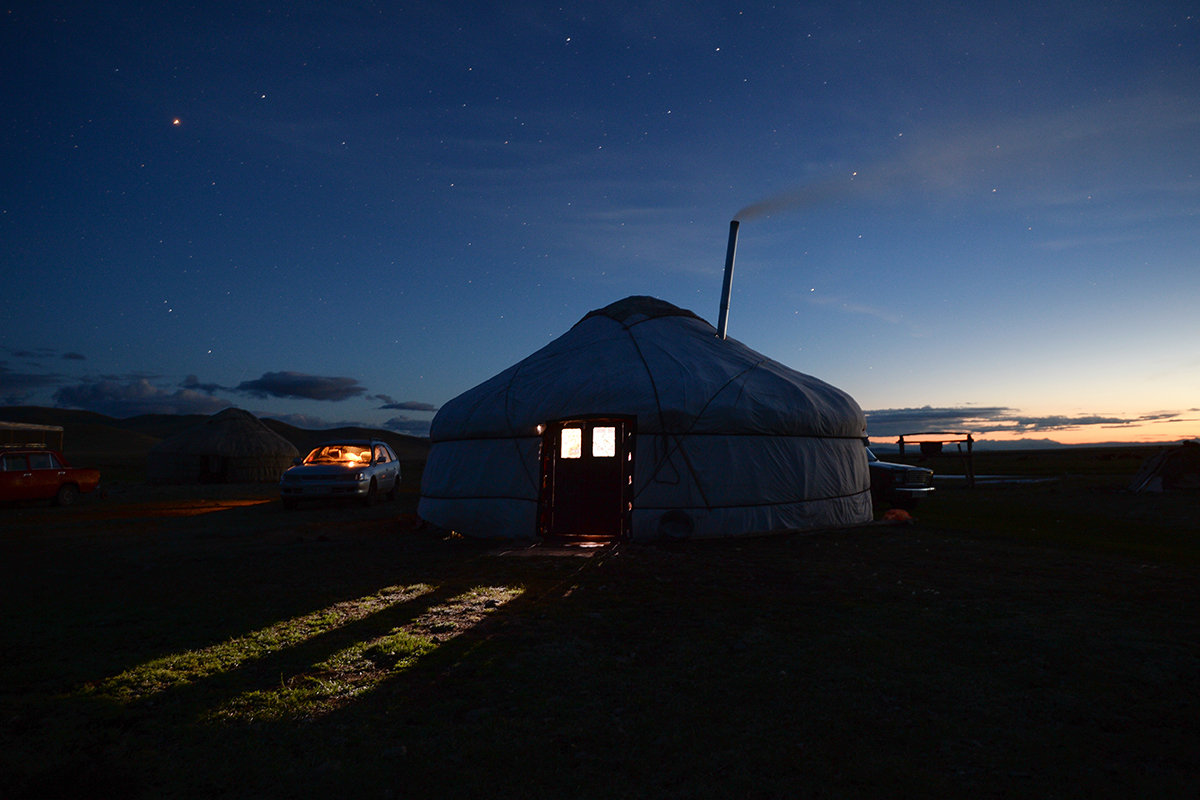 A yurt of the nomads in Altai. Photo credit: RIA Novosti/Alexander Kryazhev

Technological progress has had its impact on them, so Khakassians sometimes use canvas yurts on a steel tube frame. These are sold in local tourist equipment stores, while yurts from natural materials are custom-made at specialized workshops.

Nomads sometimes had to leave their encampment abruptly. For example, the Tuvans had a superstition: If a dog or a ram jumped onto a yurt’s domelike roof, it was a sign of bad luck. If this happened, the head of the family would shoot the dog or cut off the leg of the ram that had touched the roof of the yurt - and then kill the ram as well. After that, the family would leave the yurt immediately and set out on a search of another encampment, no matter what season it was.

A home on skids and a cafe in a yurt 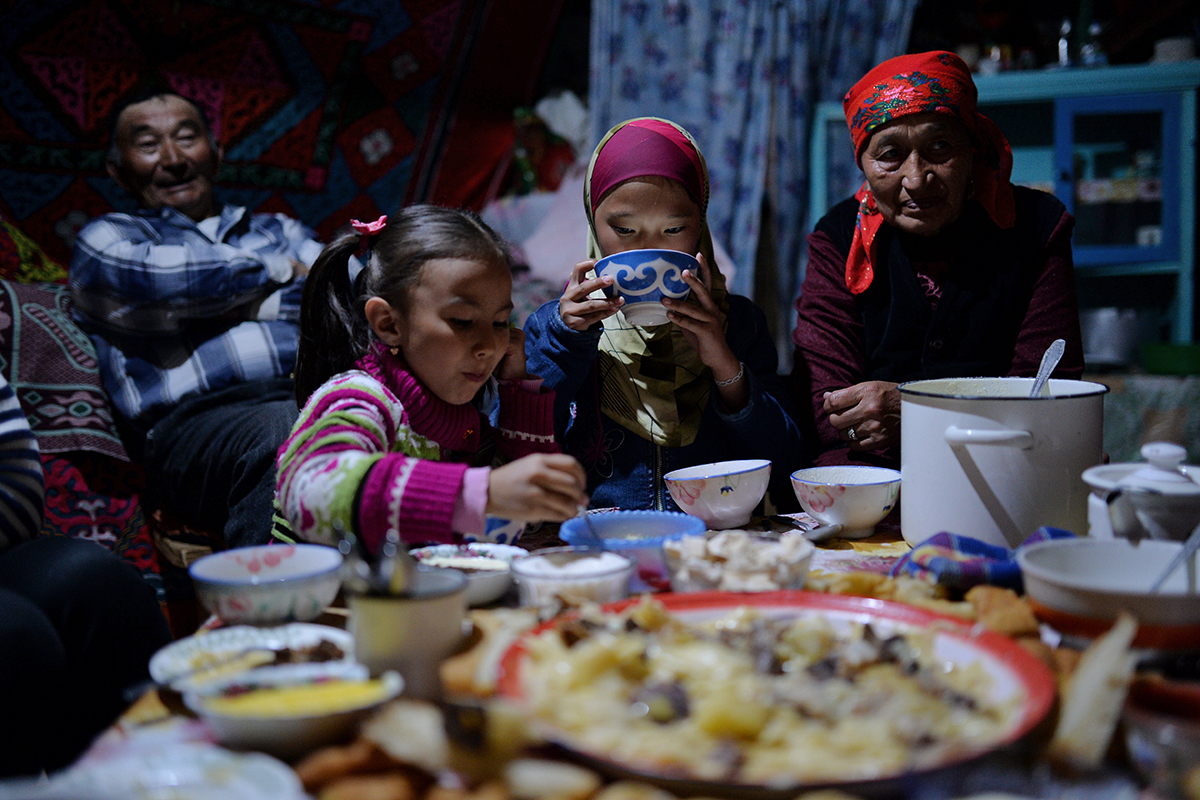 Siberian nomads made their traditional homes – chums, yarangas and yurts – from animal skins, wood, hair and wool. The frame was always wooden. In warm seasons, the frame was covered with bark or buckskin, while in winter, they used animal skins. Eskimos insulated yarangas with turf on top of walrus skins, while the frame was made of whale bones – ribs and jaws. The Tuvans covered their yurts with felt and tied everything together with ropes made of horse hair.

A felt yurt took from two to six hours to assemble and an hour to disassemble. It weighed from 250 to 350 kilograms, so during the migration, all its parts – the frame, the felt and the ropes – were distributed among the pack animals.

Nomads passed on the most successful house-building technologies from one to another. For instance, in the mid-19th century, the Nganasans, the Dolgans and the Enets borrowed the sledge chum from Russian peasants and used it as a winter house: A portable frame-based construction covered with deer skins and having runners on the bottom, all pulled over the snow by a team of deer. 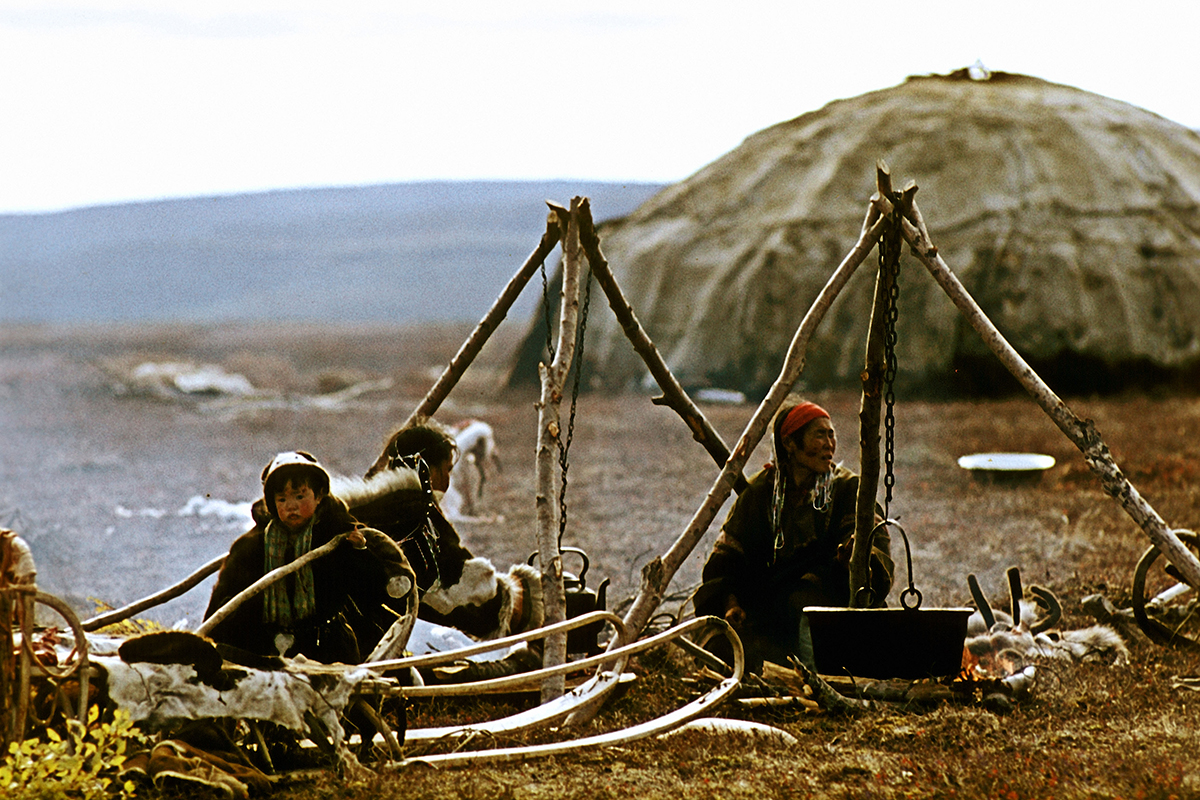 A family of reindeer herders near their yaranga. Photo credit: RIA Novosti/V.Lagrange

Today, the Tozhu Tuvans live in chums. The Tozhus are nomadic reindeer herders who change their encampments every month. They hardly ever use tents because tents get wet when the Tozhus make camp, but tree bark and larch are waterproof. If you make a good fire, the chum is cozy and dry inside.

In Khakassia, Tuva and Chukotka, the indigenous peoples have remained livestock breeders, hunters and fishermen, so they move from one camp to another when they pasture their herds or chase wild animals. Tuvan and Khakassian shepherds use yurts only in the summer, whereas Chukotkan deer herders live in yarangas all year round. In winter, a deer skin canopy is installed in a yaranga. The canopy preserves heat so well that people in yarangas are quite comfortable half-naked.

Visiting a nomad and see the inside of a portable home 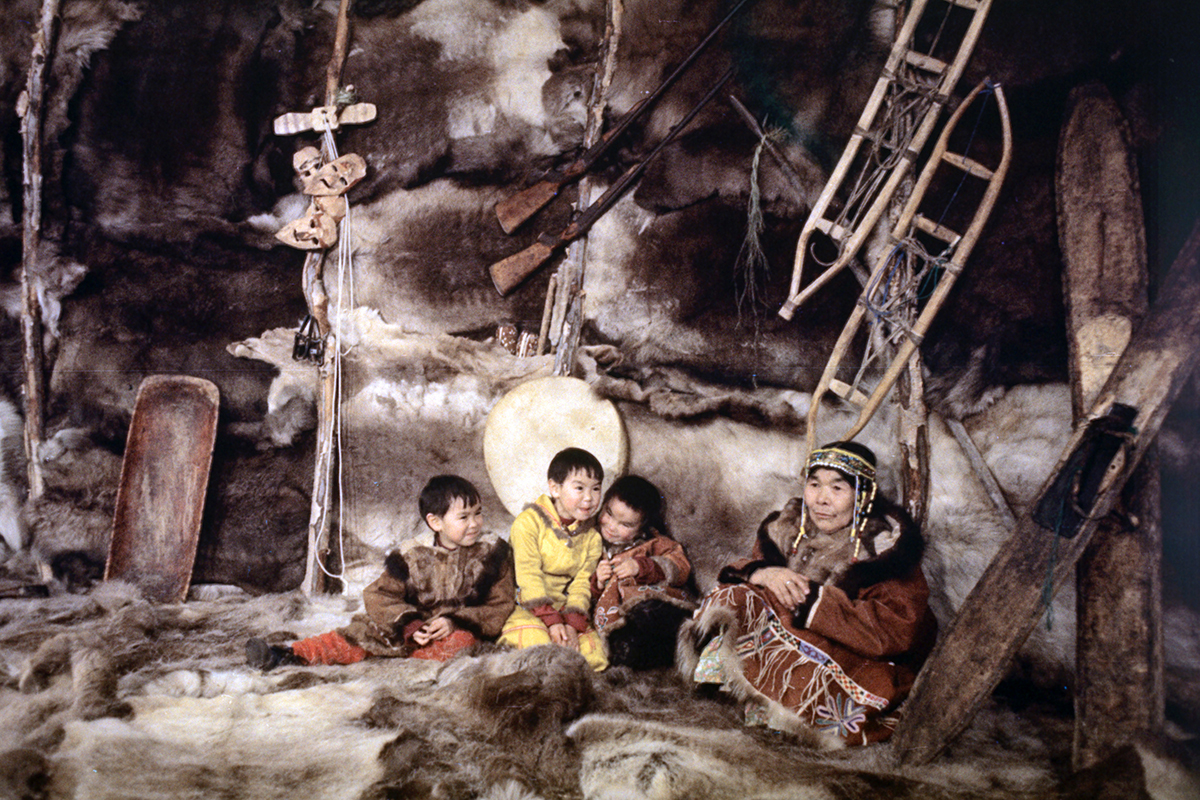 A chum, a yaranga and a yurt are quite similar on the inside. The firepit is in the middle. The room is divided into a men’s section and a women’s section. The women’s area contains cooking items, whereas the men’s part is where the weapons, saddles, lassos and bridles are kept. The location of the women’s and men’s sections varies among the Siberian peoples: In a chum, the female part is on the left, whereas in a yurt, it's on the right.

Soft deer skins and deerskin parkas cover the floor of a chum and are the main element of decor. In a yaranga, the canopy creates a warm, dome-shaped inner room, while the remaining cold space, chottagin, is used for storage of clothes, deer skins and pickle barrels. In yurts, the walls are lined with beds, wooden cupboards for delicacies and valuable items, an altar, shelves for dishes and food supplies, and storage chests. The dirt floor is covered with still untanned animal skins. Each member of the family and guest has his or her own place in the yurt, which they are not permitted to change without permission.

Why to have a yurt in your apartment?

In Soviet times, Siberian indigenous nations had trouble getting used to cities and apartments, which they continued to view as a natural space like the steppe or the taiga. This is why some Tuvans installed yurts right inside their apartments.

Two in one: Making a yurt from a standard tourist tent 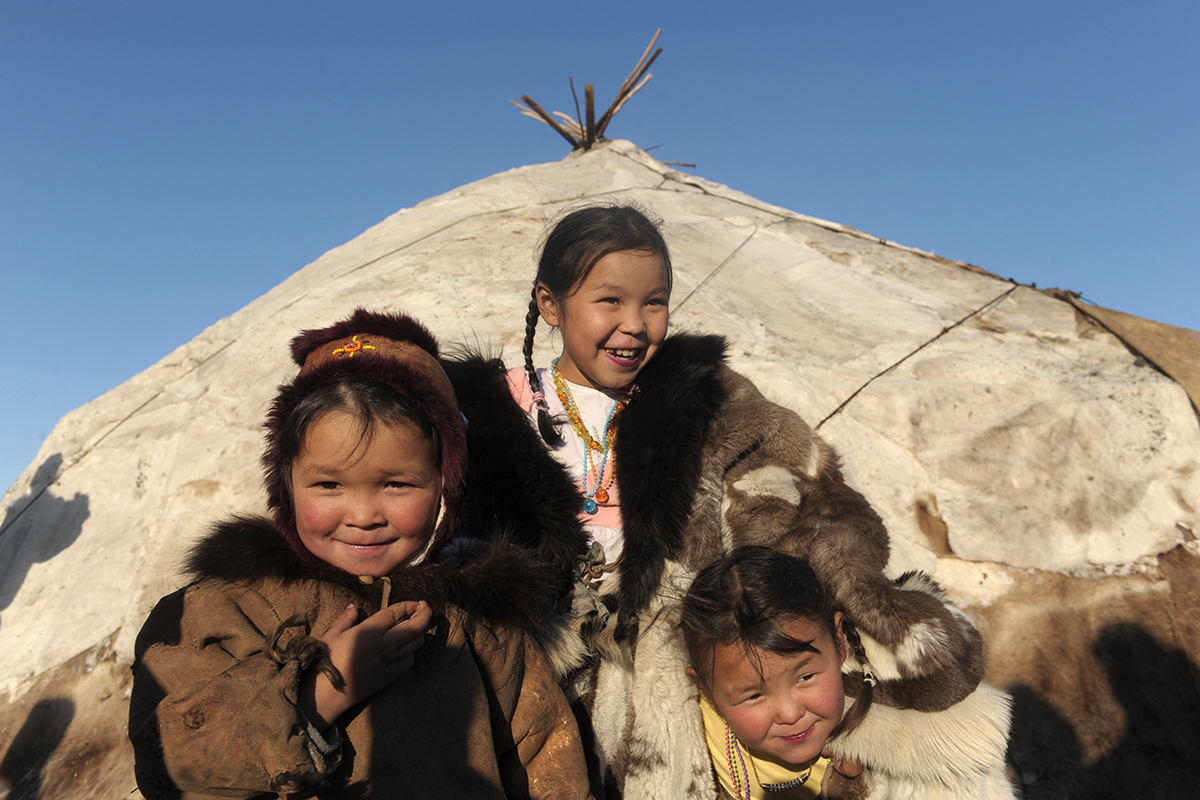 The advance of technology has influenced the traditional dwellings of nomadic peoples. Khakassians now use canvas yurts on tubular steel frames, which can be purchased at local equipment stores for tourists. Unlike Chukotkan deer herders, local fishermen, hunters and shepherds appreciate this hybrid of a tent and a yurt. Chukchas prefer natural materials. Polyester, oilcloth and fake leather get cracked in frosty weather, do not protect you from extreme temperature fluctuations and give off an acrid smell.