How the Votes survive: A disappearing ethnic group in the Leningrad Region 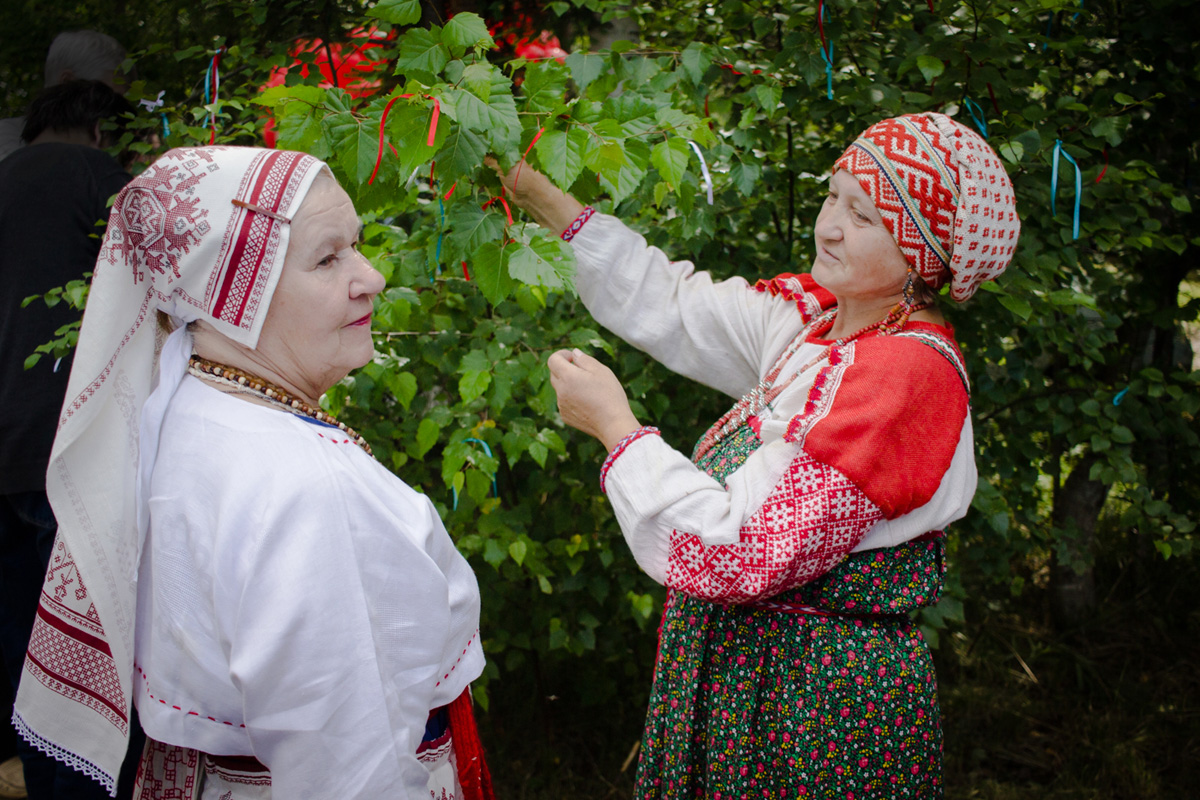 Margarita Novoselova
Fewer than 100 Votes remain, yet they still assemble every year for a fair.

The festival is held on a clearing in the woods near the village of Luzhitsy in the Leningrad Region. The locals put on traditional costumes: Women put wreaths on their heads and wear red sarafans with white aprons. The musicians play and sing folk songs in Finnish, as well as in the esoteric Votic and Izhorian languages. Craftsmen sell hand-made souvenirs: Finno-Ugrian talisman dolls, jewelry and fireweed tea, fermented and dried according to a unique Votic technology. 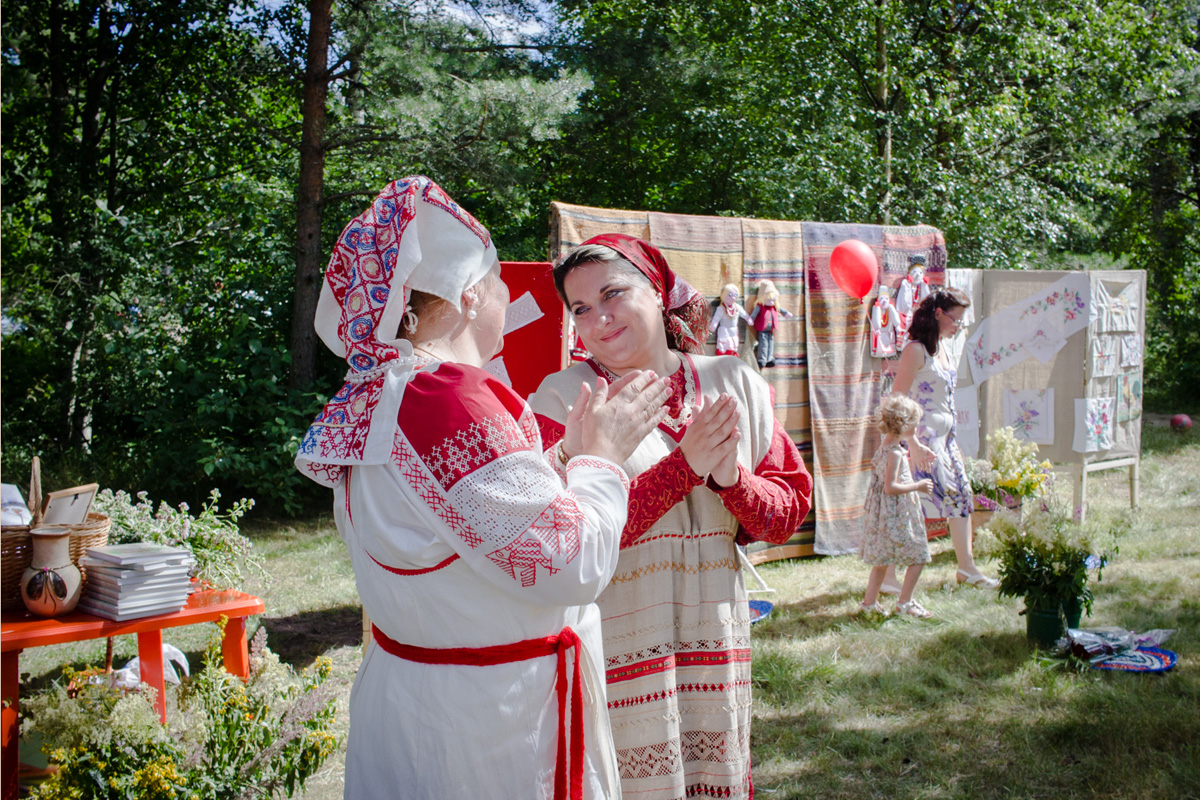 "Everyone joins our feast with treats of their own, and then we prepare a common table, so it's called a 'Luzhitsy potluck,'" the local Votes tell me as they invite me to join their ring dance. 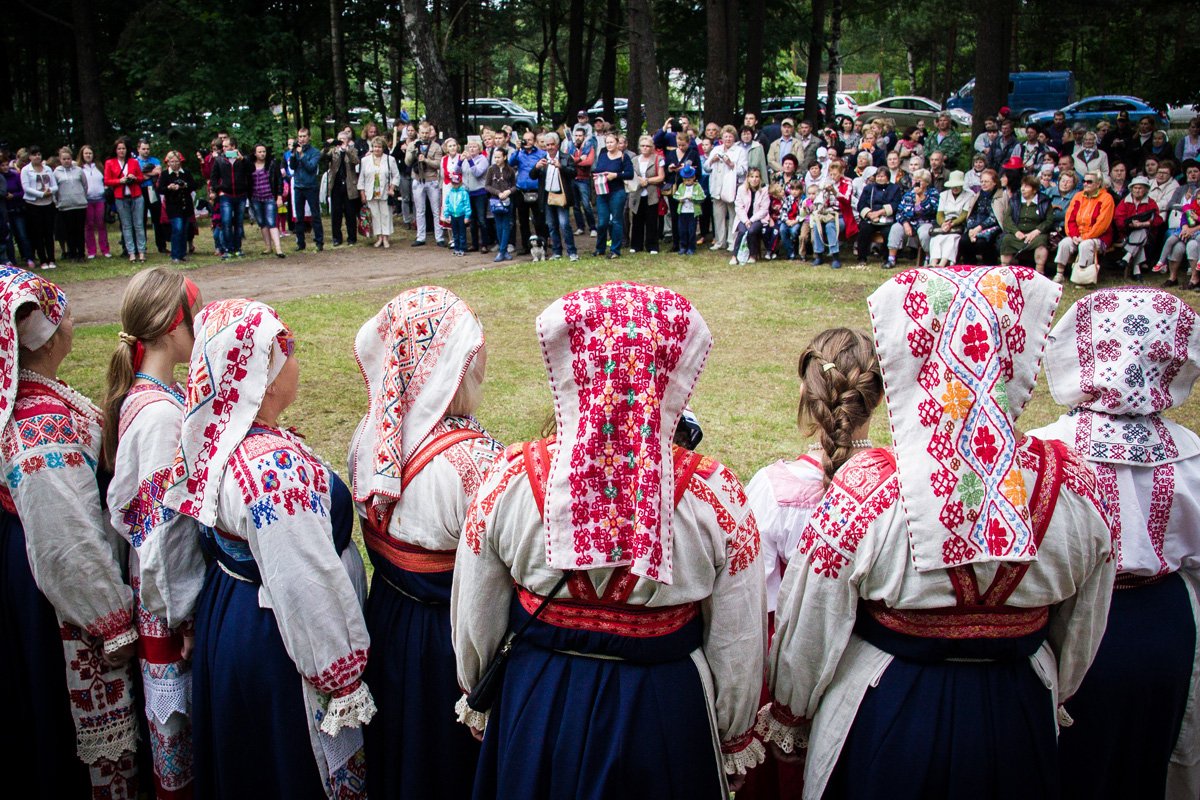 Luzhitsy is a tiny 500-year-old village with a population of 60, comprised of mostly elderly women. It is not easy to get there: It requires a journey of more than four hours by bus from St. Petersburg with two transfers and then a few kilometers on foot.

Walking along the souvenir stalls with handmade Votic dolls, I stopped for a chat with Olga, a craftswoman.

"These are not toys," says Olga, "All talisman dolls are faceless and are not for kids' games. They guard their owner. Traditionally, they are made from the same fabric as the owner's clothes, and such dolls must not be treated badly. Votes believe that the doll feels everything – it holds the strength of nature and their people." 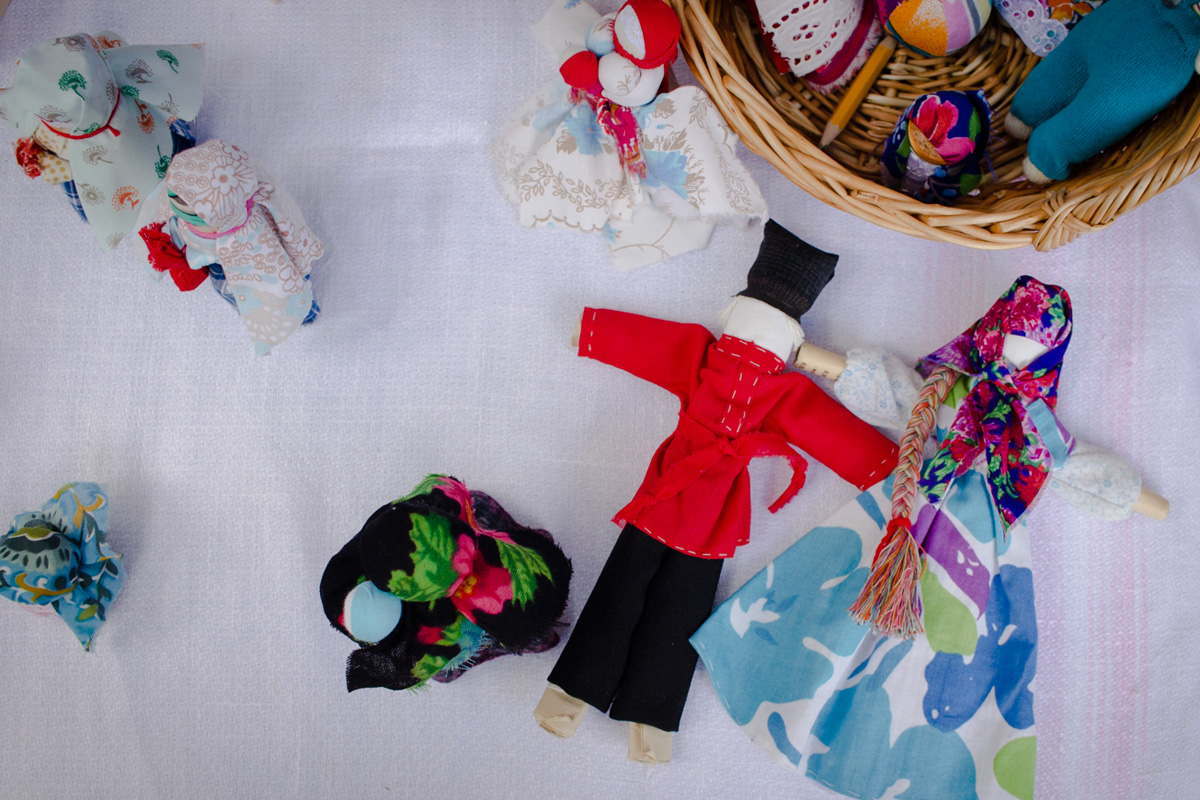 The best-preserved Votic traditions are culinary in nature. Votes once survived on a diet of sour rye bread, cereals, such as barley and rye, turnips and cereal flour – oatmeal or ground barley. On festive occasions they baked round barley cakes called iivakko, which served as a snack with homemade beer. Fish was cooked on a fire hook: It was scaled, put on a rake and thrust into a stove. All these dishes are still cooked by modern Votes.

"We really like baking pies – we bring some to every potluck," shares Sergei. You can't buy food in Luzhitsy – it's the rule; you can only treat one another and your guests for free.

How the Votes came to be in Russia, almost disappeared and then reemerged

The Luzhitsa potluck has been a tradition for 16 years. The locals call themselves Votes. They are also known as the Vod people. It's the smallest of Russia's 17 Finno-Ugric nations: According to the latest census only 64 people remain. Modern Votes are an endangered Russian indigenous nation.

Votes lived on the territory of what is today Leningrad Region as early as in the 1st–4th centuries AD, and the first record dates back to 1069. Being an agricultural people, they worshiped the land and the forest, accepted Orthodox Christianity early and were almost entirely assimilated by the 20th century. The largest blow to the Votic population was the repressions of the 1930s and World War II: Their lands became a battlefield from 1941-1945. Many immigrated to Estonia. It was not until the Soviet Union collapsed in 1991 that they started restoring their traditions, history and language, which was partially preserved in Estonia.

"We made these costumes ourselves," elderly women in bright embroidered sarafans told me at the potluck, proudly demonstrating their attire. "We attended special courses to learn what our grandmothers wore." 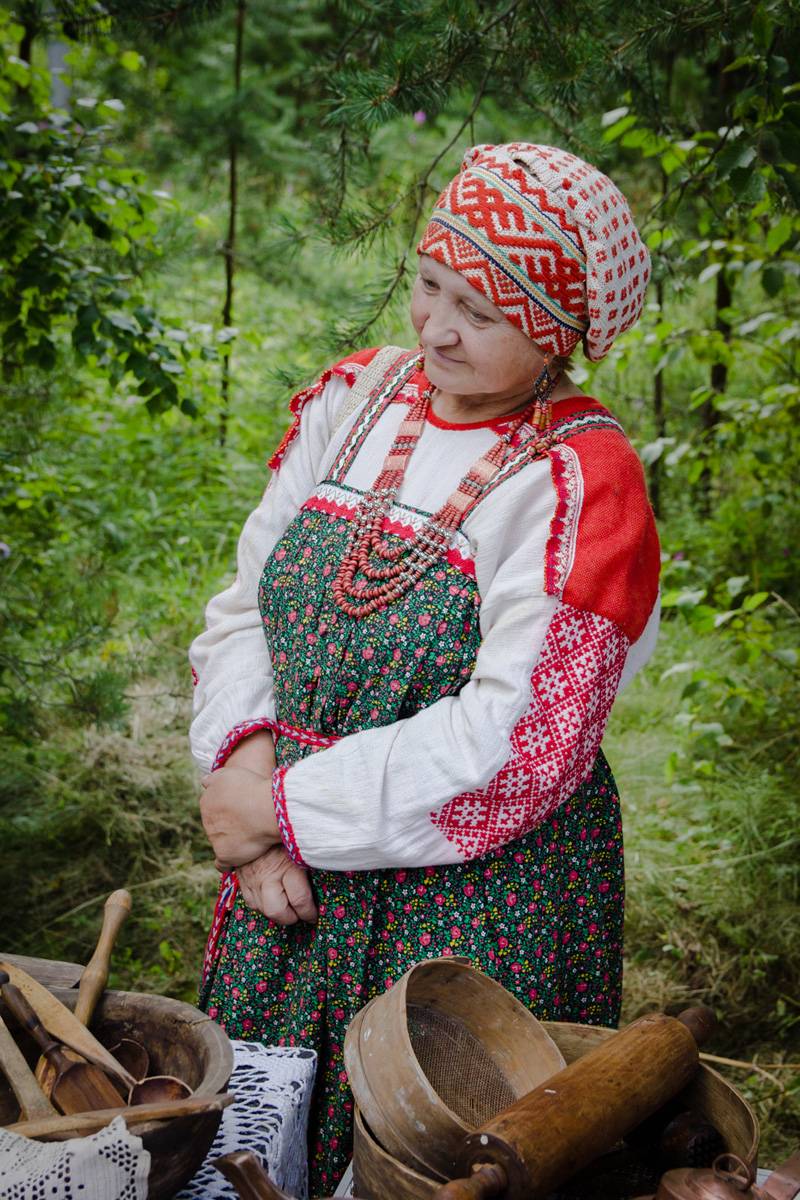 Votes wear traditional costumes only at their festivals in Russia, Estonia and Finland. Historically, they were for everyday wear: Girls wore amy, sleeveless dresses from white canvas, and an ihad, a short jacket on top of it. The costume was decorated with a few waist belts and a small hat. Married women wore paykas, a white headscarf, and blue sarafans called rukka. By late 19th century, men's costumes did not have any special features to distinguish them from everyday wear, except for a hat with a red top. 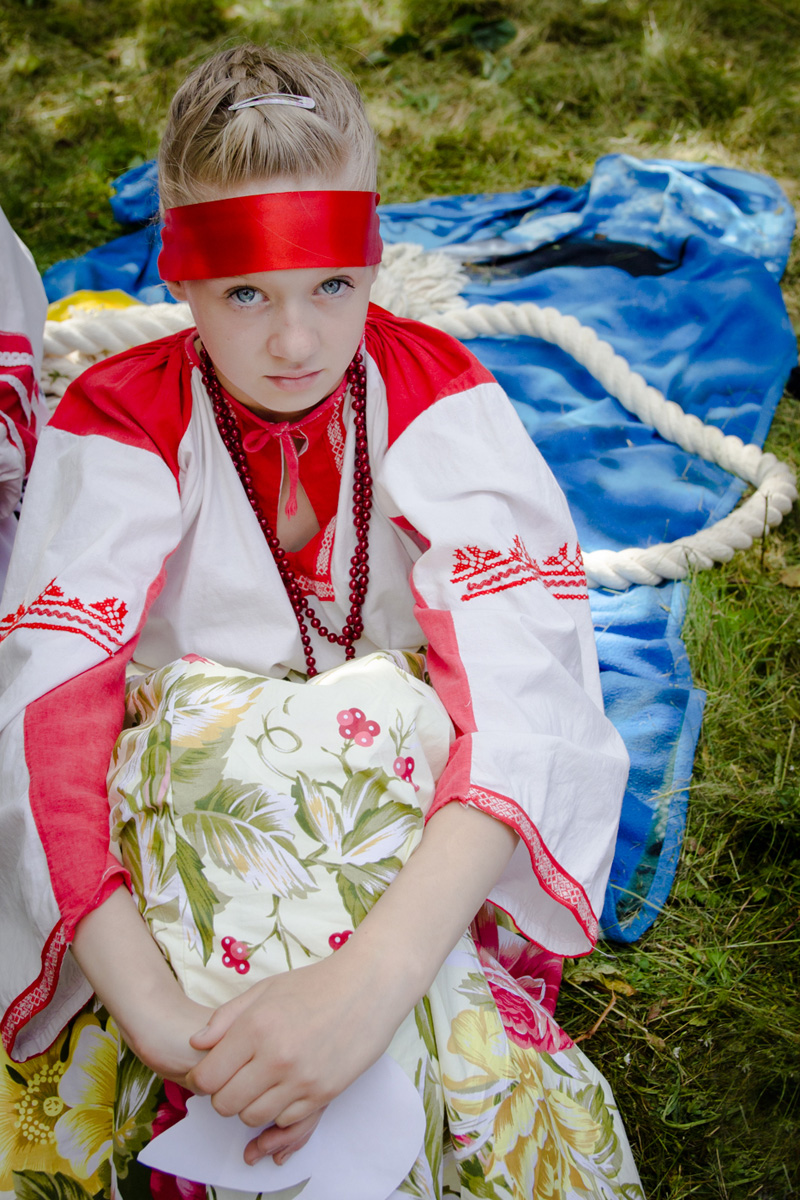 "Today, young people don't want to wear it even on holidays," sighs Elena. "Elderly ladies are our chief activists. Children get involved gradually. At the school in the neighboring village of Krakolye children sing folk songs, dance and study ancient traditions in the Linnut folk club."

The fate of the Votic language

"We are trying to restore the Votic language, but it's a difficult one, and the textbooks are scarce," shares Tatiana Yefimova, the founder of the Votic Museum in the village of Luzhitsy. For most of the 20th century, the Votes spoke their mother tongue only at home and concealed their identity for fear of being repressed by the Soviet government. UNESCO has included Votic in the Atlas of the World's Languages in Danger, assigning it the status of "endangered language."

Ethnic embroidery with Votic symbols, recipes of pies, rag dolls, rare photographs – Tatiana has created the museum collection at home from scratch thanks to the contributions of fellow villagers who donated items from their family archives. The museum has survived two fires, in 2001 and 2006, but it still welcomes visitors from different cities and countries.

"The villages of Krakolye and Luzhitsy are the last remaining compounds of the Votes in Russia. The rest of the population is scattered across cities and have assimilated there," claims anthropologist Olga Konkova, who has founded the Center for the Indigenous Nations of the Leningrad Region. Konkova is involved in the restoration of the traditions of Votes and Izhorians.

The Center for the Indigenous Nations of the Leningrad Region helps to raise awareness of Votic identity: They stage performances in Votic, teach the language and folk singing and recreate traditional costumes. Many Votes maintain close contact with their relatives who left for Estonia, so there is optimism that the culture will continue to prevail and thrive. 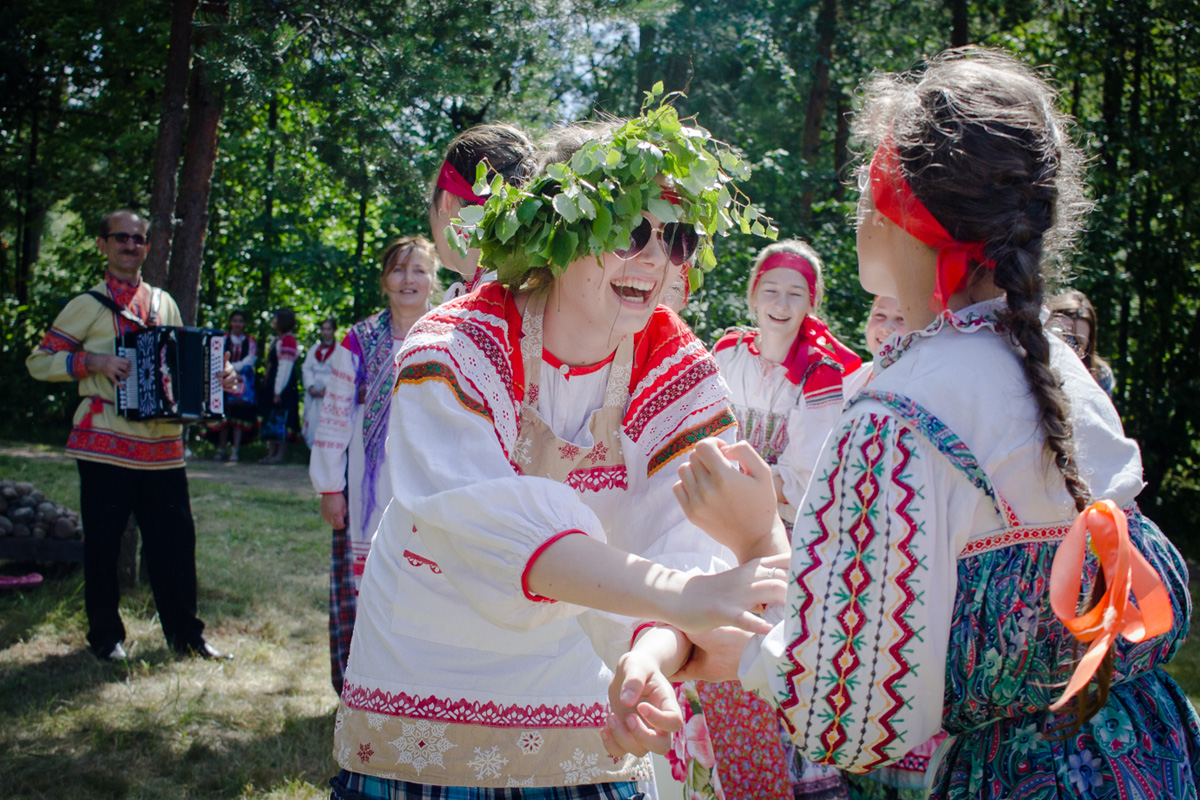