Island life in Vladivostok: Where to swim, sunbathe and surf 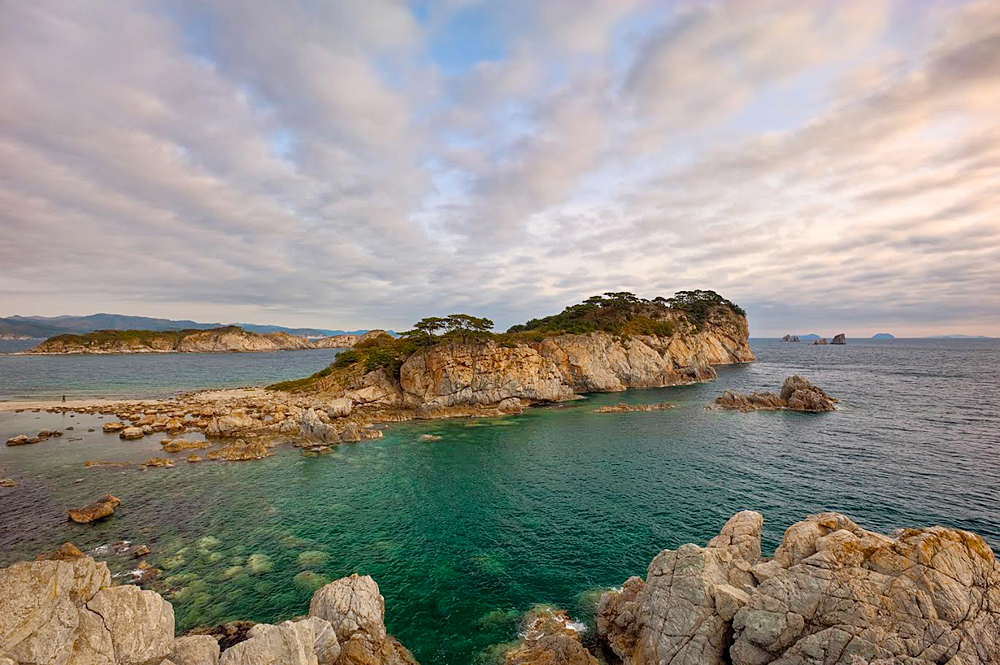 Vladimir Serebryansky
Everything you need to know about a vacation to Russia's southernmost islands, washed by the warmest waters of the Far East.

Washed by the sea from three sides, Vladivostok can be divided into the mainland area and an archipelago of about two-dozen islands, with the largest being Russky, Popov, Reyneke and Rikord. Other Russian coastal areas are getting jealous of the Primorye Territory, of which Vladivostok is its largest city, mainly because of its islands, as they represent such a rare treasure. The neighboring Khabarovsk Territory has a long coastline as well, but its Shantar Islands are a seaside resort only for seals and whales, as they are too cold and fairly difficult to reach.

The “Cote d’Azur” of Russia’s Far East
The south of Primorye features a series of islands resembling a tropical archipelago: these are extensions of mountain ranges descending into the sea, with their valleys flooded and washed out. Each of them is a miniature world, with their stacks, bird colonies and seal rookeries. Vladivostok's islands are perfectly suited for vacations, as they are not too far from the mainland – all are located within 100 miles from the shore. Russky Island, the nearest of them, is so close to Vladivostok that it seems you could throw a flat stone from here and it would skip across the water to the mainland.

An island escape can be quite an adventure. To make the most of it, join a group of surfers or divers: This will save you money on a motorboat rental and you will feel safer. An optimal island trip would last about five days: You could get a bit of sun, dive until you feel dizzy and see plenty of marine life you won't find in shallow bays near the city.

Photo credit: Roman Savin
The largest islands in the vicinity of Vladivostok are Russky, Popov, Reyneke and Rikord. Russky is now linked with the mainland by bridge, which enables visitors to get there in just 20 minutes. Before the bridge’s construction it could take up to three hours to reach. Today the island is primarily used as a venue for international forums on the campus of the Far Eastern Federal University, although it previously served as a military base.

The island is almost cut in half by the calm Novik Bay, with its southern shore still harboring the remnants of military warehouses, arsenals and other military facilities. Check out the Voroshilovskaya squadron with its two turrets from the Poltava Battleship and its 305 mm guns. Nearby you will see an entire artillery camp where you can spend the whole day climbing around. In the evening you can even try your hand at shooting – there is a tiny cannon next to the main gun for tourists to fire. The island's forts feature a few underground casemates dug in the hills with an extensive network of tunnels and galleries.

Petrov, the northernmost island, is almost connected to the mainland by a spit: in low tide, the sandbar is just waist deep. Petrov Island is notable for its yew tree grove, which is quite rare, as yew hardly ever form groves. According to the keeper of the local preserve, a few centuries ago the island was a base camp for a gang of pirates, who planted the yews so that the trees could form a hieroglyphic inscription.

Popov Island is home to research facilities and even part of the marine preserve of the Far Eastern Branch of the Russian Academy of Science. The sandy beach of the Pogranichnaya Bay is one of the best in the area.

Halfway between Vladivostok and the port city of Nakhodka you will find the u-shaped Askold Island, which became known after the discovery of gold there two centuries ago. Another island, Putyatin, lies slightly closer to the mainland, featuring a lake full of lotuses and picturesque bays off its eastern shores. Two centuries ago a mansion with a large garden and an axis deer breeding ground was built here. The owner, merchant Startsev, was looking for coal on the island, but all he found was clay, so he mastered the production of bricks and even porcelain.

You could walk around Reyneke Island in about four hours. Each of its bays is different from one another, with grayish sand and gravel beaches on the one side and water worn red rocks on the other. The cape is marked by the wreck of a steamboat that served as an artillery target for the Russian Navy’s Pacific Fleet for many years.

Rikord Island is the largest of Vladivostok's islands, situated just miles from the city center. Rikord's western shore serves as a marine “garden,” with one of the area’s best scallop farms. In the east, the island ends with a large bay, which attracts campers because of its smooth bottom and long beach. The island is uninhabited, but in the summer a sports camp “Na Grebne Volny” (On the Crest of the Wave) opens up for tourists.

Far East Travel nature Away from the city Destinations Tours