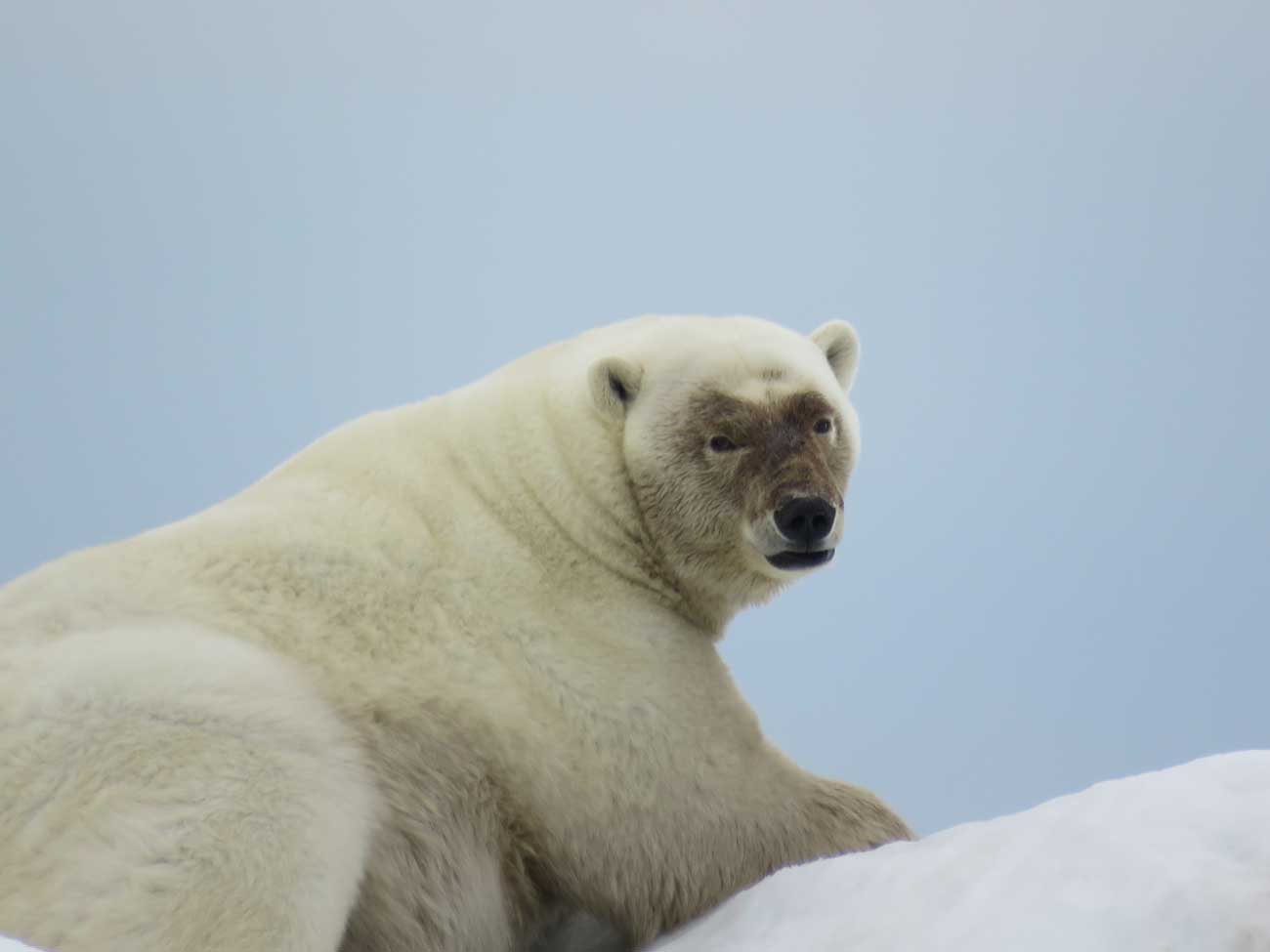 Maria Stambler
Key takeaways from the adventure of a lifetime.

Two days at sea is how long it will take us to make our way back to Anadyr, back to “civilization”. I would like to take this time to reflect on all the things I saw, did and experienced with Heritage Expeditions on what truly was the trip of a lifetime. The following are in no particular order.

My phone had some signal for the first two days of the expedition. At first, I felt serious withdrawal: I couldn’t check the news, I couldn’t check that RBTH’s social media were running smoothly, I couldn’t chat with my family and friends. By the fourth day, I had already forgotten what the Internet was and it felt great, really terrific. Sometimes it’s necessary to switch off and disconnect yourself from the world to really reconnect with the world, as cliché as it may sound. Especially nowadays when terrorist attacks have almost become a daily norm, we need a reminder that there still is beauty in this world. Remote places like Chukotka, with all its ineffable natural beauty and pureness, provide the perfect retreat to the world as it was once, unspoiled by humans.

Also, our lives are fast and in the digital globalized age they’re only going to get faster. We have no time to stop and smell the roses - literally and figuratively. Getting away from it all, even for two weeks, is a great start to regaining an appreciation for what really matters and realizing that many of the things we “need” are not necessary at all. I suggest that everyone - especially people living at a frenzied city rhythm - do a trip like this one at least once in their lifetime.

Life ends at retirement. Wrong. For many, this is the time when life actually begins. My mind was blown when I found out that the oldest passenger was a 91-year-old French lady! You should have seen her getting in and out of those Zodiacs, which was at times tricky even for me.

She didn’t miss a single landing or lecture, she was taking photos with quite a complex camera, she probably made more out of this expedition than anyone else (and she browses the Internet with ease so she’s going to see this photo of us together). Apart from her, there were many other people that have long since retired and that is incredibly inspiring. Like most girls, I was dreading old age because it seemed like the end of the road, but now I’ve got proof that age is just a number. You are how old you feel.

I always find it heartwarming when a foreigner takes a keen interest in my country. Rodney’s interest, however, goes beyond all boundaries of keen – it’s actually unreal! A New Zealand native, Rodney has probably seen and appreciated more of Russia than half of Russia’s population combined. What’s more, he has not once even entertained the thought of giving up in the face of Russia’s infamous bureaucracy. According to Rodney, even when the permits to the Far East were denied to all foreign expedition tour operators in 2015, he brought his team over and camped out in a hotel in Moscow bombarding Rosturism with emails until they granted Heritage Expeditions the only permit for that season. If that’s not dedication, I don’t know what is.

Although his turf is predominantly around the Russian Far East, he has visited many other places in Russia, including driving from Moscow to Vladivostok, along the ‘Road of Bones’ and chartering a vessel on Lake Baikal to explore the lake. Most of all Rodney enjoys the village visits that his expeditions make: “the folks living and working there are ‘salt of the earth’, they have lived through some amazing historic events in Russia’s past – they all have their own stories – I love listening to them”. Apart from showing foreigners these Russian regions in all their glory and building appreciation for them, Rodney also helps out the locals and researchers in any way he can. Whenever possible, his vessels transport people and supplies between different areas, which in this part of the world is truly a big deed. He often returns the hospitality received from locals by inviting them on board his vessel for a meal and presenting them with gifts. That is why, in a nutshell, I’ve dubbed Rodney “New Zealand’s finest gift to Russia”.

4. Unparalleled professionalism even in the most unpredictable environment

Another thing that really stood out for me was how professional Rodney and his crew remain in what can oftentimes be an absolutely unpredictable environment, be it nature’s whims or those of Russian officials. And, of course, the organization was absolutely brilliant. For the entire two weeks we had fresh fruit and vegetables everyday, the chefs never ceased to amaze with really creative 5* meals and took special requests (that’s how I got enchiladas with guacamole one day), in some of the most remote places that we landed there was a vehicle or person waiting for us at a specified time (which is really impressive considering there is very little mobile phone coverage around Chukotka).

The relationships that Rodney and his team built in this region throughout the years guarantee that there are as few hiccups as possible in a part of the world where nothing is ever certain.

5. We are destroying our planet and we need to stop NOW

Although it is an enormous privilege to set foot where very few people have ever been, it is a sad fact that we could approach Wrangel this early. The ice is retreating further and faster with each summer and I have very little doubt that continued irresponsible - or plain ignorant - human activity is exacerbating this worrying trend. I feel that everything that needs to be said about protecting our planet and tackling the problem of climate change has been said many times before, but it all becomes so much more poignant when you see the polar bear numbers dwindling. Now it really is time for action, otherwise we risk losing so, so much.

6. Comfort zone is there to be stepped outside

I won’t dwell too much on this one because at the end of they day, we all know how rewarding and eye-opening it can be to step outside your comfort zone. I’m a big city girl through and through but I think I enjoyed this expedition as much as I did precisely because at times it was challenging, rough and unpredictable. Who was to say that after hiking up a mountain for more than an hour there wouldn’t have been a bear waiting for us at the top?

Now I know that there are so many fun and fascinating things out there that I would not have imagined myself doing or seeing and it makes me more curious about and appreciative of the world we live in.

7. There is life outside the MKAD

Muscovites are blessed with a great city - the best city in the entire world in my opinion. But this has inevitably made us become stuck up and snobbish, dismissive and skeptical of anything outside the MKAD (the main ring road around Moscow). There is even a saying among Muscovites: “there’s no life outside the MKAD”. I am ashamed to admit that I was once a perfect example of one of those arrogant Muscovites but in recent years, I have begun traveling around my own country. And let me tell you, there certainly is life outside the MKAD. Even as far away as in Chukotka. People have their jobs, their fun and their culture just like in Moscow. It might not be as fast-paced as in Moscow but who’s to say that one is better than the other? Life definitely exists outside the MKAD, a very different life. The more and further I travel within my country, the more I encourage everyone to see as much as they can of this spectacular land of never-ending beauty, history and contrast.