Extremism an anathema to freedom 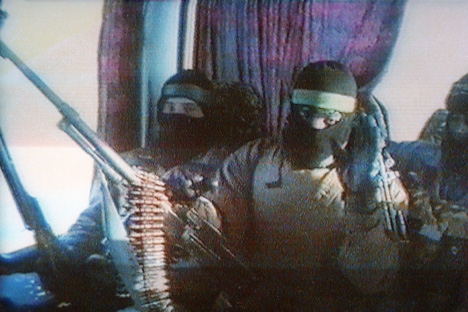 Any linking of freedom with propagation of extreme ideologies is contentious, and may prove dangerous for democracy itself.

Extremism is an anathema to freedom – this is the sum of Russian President Vladimir Putin’s speech last week at a meeting of the Federal Security Service in Moscow. His speech focused on two major ingredients for the survival and growth any democratic and pluralistic society. First, human rights and freedom, which are basic elements in a democratic system, hence they must be safeguarded. Second, rights and freedom, which empowers the individual to deliberate and dissent but do not provide right to indulge in extremist activities, challenging the very state and its mechanisms which ensure freedom.

Putin’s speech came a day after a bomb blast in the Russian republic of Dagestan that killed three policemen and injured six others. Some of the Russian republics, particularly aftermath of the collapse of the Soviet Union, have witnessed unrest. Dagestan, a Muslim majority republic in the North Caucasus region of Russia, has witnessed instability in recent years due to spurt of extremism with support from outside. The current Al Qaeda chief, Ayman al Zawahiri was arrested on his entrance to Dagestan in 1997, and put behind bars for about six months. Zawahiri had posed as a businessman though his purpose was to spread extremism. In 1999, the Dagestan attack under the leadership of the Chechen Islamic extremist, Shamil Basayev, had prompted Putin, then Russian Prime Minister, to launch second Chechen operation and nullify the Khashavyurt agreement of 1996, which had provided the extremist leadership the breather to adopt peaceful means of conflict regulation.

Putin argued, “The direct link between extremists and terrorist groups is obvious. That is why we need to act as resolutely as possible to neutralize different types of extremist structures.” Russia has confronted the menace of terrorism, which in turn has emerged a crucial challenge to the peace and stability of the country. The tragedies of the Moscow theatre in 2002 and the Beslan school in 2004, among many others, remind that extremist elements can target soft elements in a society. Extremist organizations, whether confined to the domain of a particular country or having international operation, exploit fault lines in a multiethnic and pluralist society, and aim to establish a dogmatic and exclusivist regime. Extremist ideologues perceive pluralism as the enemy to their objectives. Hence it is no surprise to see an article in a local Kashmiri news paper which, in the context of ongoing protests in Kashmir, alluded to Chechnya issue and found semblance between the two. The central message was this: extremists cannot discard the prism of extremism and as a result see other religions, ideologies and systems of governance as enemies of a particular religion or religion based governance. With the development in communication technology, the extremist menace has become further precarious as the extremist elements use this technology to play havoc in society. Putin emphasized in the meeting, “It is necessary to block attempts by radical groups to use information technologies, internet resources and social networks to promote their ideas.”

Putin’s emphasis on rights and freedoms assumes increasing silence in the context of Russia’s nascent democracy. Despite contestations and diverse view points, Russia’s democracy has thrived since the last two decades. Putin reasoned, “Political fighting, public discussions may be only in the framework of the law and the constitution, without breaching those, without undermining the bases of the state and society.” He further argued, “We must not only safeguard the rights and freedoms of our citizens but also protect them, so I repeat: no extremist ploy should go unpunished.”  This argument is based on the premise that state will promote freedom of citizens and enable them to dissent, but not at the cost of the state itself. Putin’s assertion that his administration is promoting rights and freedoms of citizens can be seen as a welcome gesture even by his detractors that the Russian leader has emphasized on these twin principles of democracy.

Any linking of freedom with propagation of extreme ideologies is certainly contentious and may prove dangerous for democracy itself. Though there is no strict line of demarcation between the two, any act by any individual that threatens the pluralistic and multiethnic fabric of a society or threaten sovereignty and integrity of a nation must be contained. This is the crucial message of Putin. In this context, one may refer to Russia-India Declaration on protection of multiethnic and pluralistic societies, and their many bilateral agreements on terrorism and extremism assume significance. The Moscow Declaration on terrorism reinforced the joint resolve to fight the menace. The point that needs emphasis that extremism is not only menace for Russia, or for India, it is a menace for all multiethnic and pluralistic countries, in which no particular religion reigns supreme and where there is no state religion that governs the life of citizens.

Similarly, the argument that freedom leads to self-determination of a group may be tenuous.  In Kashmir or in a disgruntled republic of Russia, how does the aspiration of the local people can be termed only in terms of independence and breaking away for the federal center? Poverty may play a role in popular frustration, which is easily exploited by extremist elements often from outside. Putin administration has attempted to address the economic issue by providing special grants to North Caucasian republics. But, extremism, particularly influenced by outside elements, cannot be addressed by economic package alone. A report suggests during the heightened days of violence in North Caucasus in 1990s, millions of dollars were funneled from outside to support the militants. In fact, one of the main ideologues and strategists of the attack on Dagestan in 1999 was the Jordanian born Islamic extremist Abdur Rahman Khattab, killed by Russian forces during second the Chechen war.

Putin’s speech displayed the Russian resolve to counter extremism, while simultaneously safeguarding freedom of the citizens. Though extremism menace has weakened in Russia, it still lurks in various forms and in various parts, particularly in the south. Putin’s assertion will send a strong message to the extremist elements.