SCO members to cooperate in war on cyber terrorism 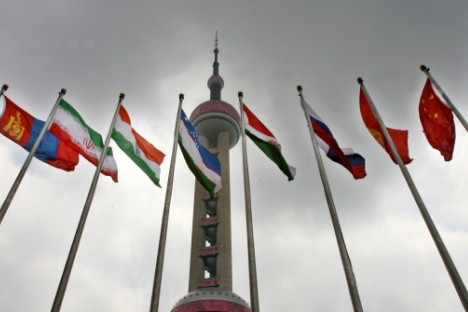 Internet security has been raised at every SCO meeting in the past few years. Source: Image Forum

During its meeting, the member-states of the RATS Council of Shanghai Cooperation Organization (SCO), including Russia, China, Kazakhstan, Kyrgyzstan, Tajikistan and Uzbekistan, signed agreements on urgent measures “to combat the use or potential use of computer networks for terrorist, separatist and extremist ends.”

In the past few years, internet security has been raised at every SCO meeting, in the light of events in the Middle East and North Africa that heightened interest in cyber threats even further. So far, in this area, every SCO country has been acting on the basis of its own laws and capabilities, with each member-state having a specialised cyber security unit dedicated to this threat. But now under the new agreements signed by the council in Tashkent, the RATS can provide legal guidance and make recommendations to enforce transnational standards.

India and the SCO: Can they tango?

The council also ratified a decision to coordinate the efforts of competent agencies working to counteract potential new manifestations of a terrorist, separatist and extremist nature across the SCO and also agreed to create an Expert Group of the member-states’ border agencies. It also approved a strategy for investigating and cutting off the financing of terrorist, separatist and extremist activity through illegal drug-trafficking and set up a mechanism to coordinate activities of relevant competent authorities to provide security for large international events.

The council approved Chinese representative Zhang Sinfen as Director of the Executive Committee of the SCO’s RATS, replacing the Kazakh representative Lieutenant-General Jenisbek Jumanbekov. The RATS is composed of the council, a decision-making body and the Executive Committee, a routine executive body, which was created on January 1, 2004, in Tashkent, in accordance with the regional group’s security priorities to fight terrorism, separatism and extremism. It also coordinates close cooperation among special agencies of the member-states of the SCO to effectively meet the challenges of terrorism, separatism and extremism, in the region through “early warning and prevention measures.”

After the council’s meeting in Tashkent last week, the First Deputy Director of the Russian Federal Security Service (FSB) Sergei Smirnov told reporters that the special agencies of the SCO member-countries will establish a Special Centre to fight the latest threats.

“The centre will deal with responding to the threats of extremism, terrorism and separatism and will also fight drug- trafficking and ensure information security,” Smirnov said. He added that certain difficulties might arise while the centre is being established, but they will be resolved along the way.

“Firstly, at least four SCO members-states have their own specialized agencies against drug- trafficking and the difficulty here will be to devolve power,” Smirnov stressed.

“I think that we will follow the track of establishing specialised groups in the framework of the SCO regional anti-terrorist body, which is functioning already in Tashkent and then we will resolve occurring issues within these specialized groups,” he said.

“It is necessary to apply maximum efforts to implement the 2013-2015 programme for combating terrorism, separatism and extremism,” Smirnov said in his speech at the council’s meeting. In particular, he blamed the growing income divide between rich and poor nations for “rising terrorist activity on both the international and regional levels.”

Smirnov also said that the SCO regional security group based in Chinese capital should develop its own information security system as part of an SCO threat prevention centre, taking into account the special factors in each member-country.

In this backdrop, it may be recalled that last June speaking at a SCO meeting in Beijing Russian President Vladimir Putin had proposed to establish an anti-terrorism centre within the SCO.  “We can achieve success in this direction by establishing a universal centre to counter terrorism, drug- trafficking and organized crime in the SCO,” Putin had said.

Recently, Russia has repeatedly called on observer countries in the SCO to strengthen anti-terror cooperation to ensure regional security. In reply to these calls by Russia, India has always assured the SCO its greater involvement which might even include participation in the regional security group’s counter-terror war games, a diplomatic source, who preferred not to be identified, said in Moscow.

India has sought the full membership of the SCO to play a more vigorous role in the activities of the regional security group. Russia has always expressed its support to India for its full membership.

“The Russian side reiterated its support to India’s intention to join the SCO as a full-fledged member and stood for joint efforts with other SCO members to accelerate the process of India's entry into the Organization,” the joint statement issued after 13th India-Russia summit in New Delhi said on December, 2012.

So far as the anti-terrorism fight in the region is concerned, India has always insisted on the need for greater cooperation between India and the RATS, which regularly conducts anti-terrorism military exercises. India considers RATS as an effective forum to monitor trends in radical Islamic organisations and movements, in the region, because of its sheer proximity to Afghanistan.

India has long been a victim of terrorism emanating from the terrorist bases in the region and has always advocated for the need of a stronger resolve and committed actions to fight the scourge of terrorism.

Sources said even if India remained an observer-member for some time, it was keen to step up its involvement in the SCO to contribute more meaningfully in the fight against the threats of terrorism, including cyber terrorism through its closer engagement with the RATS.

(With inputs from Interfax, RIA Novosti).