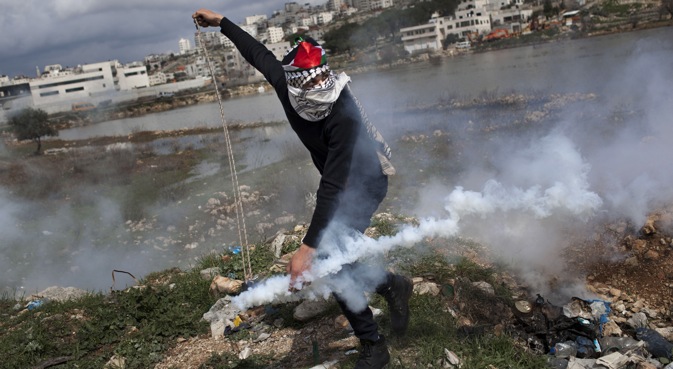 Russia, India, and China should be able to defend not only their own interests, but those of other, less powerful nations. Source: AP

A mere attempt to intellectually grasp and then solve the problems in the Middle East, in conjunction with other members of the global community, is sure to become one of Russian-Indian diplomacy's greatest virtues.

Russia and India are pursuing a diverse agenda of interaction in various areas and forums, and in different formats. Such cooperation is needed now in the Middle East more than ever before. It is a matter of resolving highly intensive conflicts in the most volatile region of the world.

The increasing complexity of the socio-political situation in the Middle East, manifested in the progressive fragmentation of ties between ethnic groups, impacting the lives of all without exception, is divided into a patchwork of hazardous "brain-teasers," each with its own specific slant: Syrian, Turkish, Israeli-Palestinian, Iraqi, Iranian and Saudi Arabian.

The problems in the Middle East constitute the biggest conundrum of our times. The mere attempt to intellectually grasp and then solve these problems, in conjunction with other members of the international community, is sure to become one of Russian-Indian diplomacy's greatest virtues.

I shall confine myself to a consideration of several circumstances each with a direct bearing on the potential diplomatic cooperation between Russia and India, as well the fundamental problems of foreign policy in the Middle East.

A few points need to be sketched out in connection with the Syrian crisis. First, despite strong pressure both externally and internally, the socio-political coalition of secular forces in Syria has not collapsed. Moreover, by means of the "demonstration effect," the creative paucity of the Arab world’s new Islamist leaders is beginning to evince itself: the dead-end nature of this "development model" is obvious to most Syrians. Second, a section of the U.S. foreign policy establishment, including Secretary of State John Kerry, is aware of the need to preserve the secular character of Syrian society, and it is in the best interests of the U.S. (as well as Russia, India, and China) to create a "corridor of opportunity" in settling the Syrian crisis. Third, the "Islamic" solution to the Syrian crisis pushes the "envelope of uncertainty" for America's strategic ally Israel — which is unlikely to be welcomed by the movers and shakers in the U.S. Put briefly, the Syrian crisis will have to be resolved through a complex compromise of an institutionalised nature; that is fixed in a treaty. This is where Russia and India must play an active role.

Stopping the madness in the Middle East

Meanwhile, the situation in Turkey has been considerably complicated by the country's rulers. Turkey's long-term economic growth has led the ruling establishment on a headlong charge to the markets of the Middle East. This straightforward economic expansion is compounded by the ideology of "neo-Ottomanism," which is unlikely to find much empathy in the Arab world after the prolonged period of Turkish colonialism. Such an aggressive foreign policy, which runs counter to the principles of the founder of the modern Turkish state, Kemal Ataturk, is, in my opinion, one of the factors that have shaken the leaders of post-Mubarak Egypt out of their lethargy and into pursuing (by all available means) an active foreign policy of their own, including the restoration of ties with Iran and the neutralisation of Turkey's influence in the Middle East. Moreover, a consequence of supporting the "rebel" forces in Syria is the overexertion of Turkey's internal forces, since its Western allies fear that open support for Ankara could lead to a "proper war" in the Middle East, with all the unforeseeable repercussions for everyone, including the West itself. Lastly, experts are well aware that there is little hope of a partial solution to the Kurdish problem, i.e. cultural autonomy. What is more, over 85 percent of the Turkish population opposes military conflict with Syria, added to which is the fact that given the complex political situation, Ankara cannot possibly fight on several fronts.

Another derivative of the Middle Eastern "brain-teaser" is what will become of the Persian Gulf's "oil monarchies," led by Saudi Arabia.  It is known, for example, that growth in this sub-region is slowing and that some sidelined members of the elite cherish the idea of ​​a representative/constitutional monarchy more capable of adequately representing the interests of the top circles of the Arabian Peninsula. Will tiny Bahrain be the detonator of the oil monarchies' political system; that is fulfil the role that Tunisia did two years ago? (Rumour has it that the Emir of Qatar recently purchased a Greek island.) Saudi Arabia only stands to lose from prolonging the conflict with Syria (read Iran). And this is happening at a time when the U.S. seems to be considering a new, more realistic and balanced policy towards its Iranian adversary. Finally, the adjustment to the "post-U.S." era in Afghanistan poses a threat to the political systems of the "oil monarchies" by weakening their eastern flank just when Iran is becoming more geopolitically active.

The demographic potential of the Muslim world is also burgeoning. Some of its leaders espouse the radical Islamization of their societies as a kind of modern-day caliphate. Therefore, despite the fiendish complexity, it is of paramount importance to maintain secularism as the foundation of the political systems of the Middle East, and elsewhere too. Syria has already been mentioned. Another objective force in opposition to radical Islamism is Israel. The question is: can the U.S.-led West defend the idea of ​​secularism in international relations, and this region in particular, all by itself?

The collapse of the bi-polar world severely weakened the capacity of international institutions to regulate global conflict. And the departure of "Soviet neo-colonialism" from the historical scene only underscored the inability of the U.S. to control the world unilaterally. Libya and Syria have pressed home the urgent need for a review of the "U.S.-centric world order." Clearly, the UN is no longer fit for purpose in the area of conflict resolution and other immediate and long-term problems facing mankind.

Therefore, the solution for me lies not in a partial reform of the main international institution (which would likely involve more talk than action), but in a substantive and far-reaching consensus between countries active in world politics (including, of course, Russia, India, and China) and able to defend not only their own interests, but those of other, less powerful nations. Here, India and Russia can and must show initiative.