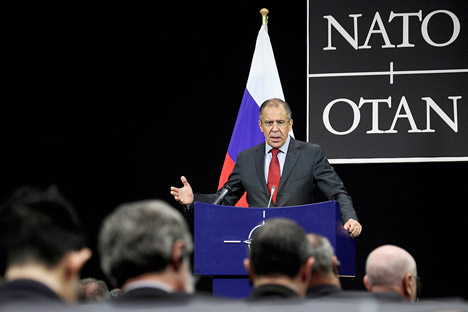 Russia continues to identify NATO as its No. 1 source of military threats. Source: AP

While a NATO-Russia war seems impossible, there remains a possibility of an armed conflict on the continent, which Europe is not adequately prepared to either prevent or manage.

I was almost done reading “The Fort Hood Sentinel” as part of my morning routine the other day when I came across a fascinating story about 22 Abrams main battle tanks (MBTs) being loaded onto a vessel off the coast of Germany and shipped to America. Without much fanfare, the Abrams left for South Carolina, according to an April 11 dispatch from Kaiserslautern by US Army Staff Sergeant Alexander Burnett.

The departure of the last American tanks from Europe reaffirms my long-held suspicion that the United States, which has kept MBTs in Germany for 69 years and which is allowed by the Conventional Forces in Europe (CFE) treaty to keep 4,000 tanks on the continent, and its Western European allies are no longer afraid that Russian tanks might flood the Fulda Gap. And they are right. But while a NATO-Russia war seems impossible, there remains a possibility of an armed conflict on the continent, which Europe is not adequately prepared to either prevent or manage.

Russia continues to routinely play out a large-scale war with NATO during its Zapad exercises and identifies the alliance as its No. 1 source of military threats, but Russian tanks are long gone from German soil, and Russia’s own western provinces have undergone a considerable demilitarisation since the end of the Cold War, as Moscow shifted military assets to face much more real and serious security threats in the south. Former Cold War foes have become so intertwined that it is difficult to imagine a war between them, at least not in Europe. The European Union is Russia’s largest trading partner and there are more than 3 million Russians with EU residency permits, according to economist Vladislav Inozemtsev’s count.

Russia's Rogozin asks ‘Who's the enemy?’

But while a war between former Cold War foes in Europe is unimaginable, the possibility of an interstate or intrastate armed conflict elsewhere on the continent is quite distinct. For one, Armenia and Azerbaijan remain locked in a tense stand-off over the Armenian-majority enclave of Nagorny Karabakh. And whereas an easy truce holds there, a war did break out between two former Soviet republics in the not so distant past. In 2008 Georgia tried to recapture South Ossetia by force, only to see Russia intervene and drive the Georgian forces from the separatist republic, where tens of thousands hold Russian passports.

In the eyes of Russian leaders, that war highlighted the flaws of Europe’s post-Cold War security architecture. Earlier failures of the existing continental security system as perceived by Moscow include the expansion of NATO eastward, the bombing of the former Yugoslavia by NATO, the declaration of Kosovo’s independence in 2008 and its recognition by Western countries.

It is evident that the European Union and United States are not entirely happy with the state of collective security on the continent either. Western leaders’ memories of painful intervention, pacification and nation building in the former Yugoslavia are as fresh as their frustration with deadlock over Kosovo in the United Nations Security Council. The Balkan experience must also have left the United States hoping that European governments will start to play a more active role in dealing with security challenges on their continent soon.

Western European leaders also probably wish the existing collective security mechanisms were capable of preventing Georgia from attempting to retake South Ossetia by force, if not resolving the frozen conflicts in the former Soviet Union altogether.

So, it seems that Russia and Western powers agree that Europe’s collective security system is dysfunctional. What they cannot agree upon, however, is how to fix that system.

During Dmitry Medvedev’s presidency, Russia proposed a whole new European Security Treaty to revamp European collective security. The Russian leadership’s central arguments for that treaty were that the existing system was not working and Russia didn’t have any institutionalized meaningful say in European security decision making. NATO wouldn’t give Russia the right of veto, while other European organizations, such as the Organization for Security and Co-operation in Europe (OSCE), cannot give Moscow such a role, Russian diplomats argued.

Medvedev’s proposal, however, got shot down by the United States and its East European allies, who instead suggested empowering and revitalizing the OSCE, which has seen its security basket shrink. But this counter-proposal didn’t lead anywhere either.

Of all the options, Russia’s accession to NATO would be the most effective. It would not only bridge divides, but also empower Europe’s collective security system to respond effectively and rapidly to new collective security challenges both within and outside the continent. But having once asked NATO’s then-General Secretary Lord Robertson when the alliance would invite Russia to join, Russian President Vladimir Putin seems to have lost whatever interest he had in such membership in the early 2000s.

The lack of consensus on how to rebuild the pan-European security architecture doesn’t mean the sides can just turn their backs on its sorry state. If not addressed, the flaws of the existing system will leave Europe woefully unprepared should interstate or intrastate conflict flare up on the continent again as it did in the Balkans and Caucasus.

US, EU and Russian leaders need to launch a serious discussion on how to bridge the continental divides and build an effective and inclusive European security architecture that would prevent or resolve such conflicts in a timely manner. And, given the demise of the CFE, it would only be a bonus for European security if, in addition to conflict management, that architecture also included elements of conventional arms control, such as transparency and limits on new deployments of substantial combat forces and long-range conventional systems.

One platform for such substantive discussions could be the Euro-Atlantic Security Forum that a number of leading statesmen and experts from America, Europe and Russia proposed in their March 2013 report titled “A New Euro-Atlantic Security Community,” which offers a rather comprehensive roadmap to reducing Cold War reliance on nuclear deterrence and enhancing arms control in the Western powers’ relationship with Russia.