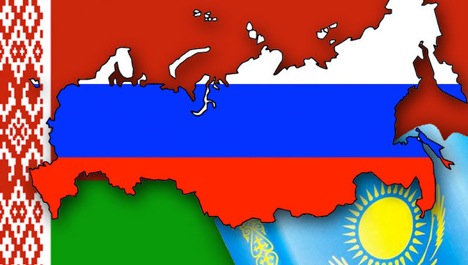 Getting the right balance between deepening integration and expanding the integration zone is important for the Customs Union. Source: Press Photo

Eurasian integration within the Customs Union and ultimately the Eurasian Economic Union is a massive undertaking. It will substantially change the rules of the game for the countries involved.

Astana recently hosted a Customs Union summit. The integration project is taking shape on the fly, so each summit evokes a great deal of interest. What if the presidents of Belarus, Kazakhstan and Russia achieve a key breakthrough at this summit? So far nothing has come easy, but this is understandable. Eurasian integration within the Customs Union and ultimately the Eurasian Economic Union is a massive undertaking. It will substantially change the rules of the game for the countries involved, unlike previous attempts at integration, which were limited to lofty slogans and fraternal declarations.

In many respects the project is uneven and vague. The politics behind the union determine the economics. In other words, the will of the member countries’ leaders always comes first. This explains why fundamental issues have to be resolved on the fly. The supranational institutional superstructure – the Eurasian Economic Commission (EEC) – is moving faster than member states’ bureaucracies. Their political systems do not have time to process this new reality. The EEC regards itself as leading the integration process, but the capitals are not yet ready to accept this.

These problems are far from unique. European countries encountered similar problems on their road to the European Union, including heated debates over whether integration truly has public support or whether it is simply something dreamed up by politicians who fear they may not survive future changes of government.

The European integration never was democratic: it was an elite project right from the start. For example, if you had asked the French, one of the founders of the union, whether they wanted close cooperation with the Germans five years after the worst war in history, the answer would have been clear. Importantly, throughout the EU’s history (until recently, that is) the elites have been able to give the public a clear indication of why integration is necessary and what they stand to gain. But integration projects and democracy are not, generally speaking, a good match.

Planning for the future is even more complicated. Based on the evidence available, there is even more improvisation and “groping in the dark” in Eurasia than in the Old World. There is also an undercurrent of competition with the EU, where integration is more advanced.

Without this competition, it is difficult to explain the statements made at the highest levels about the need to establish a currency union (Dmitry Medvedev particularly liked to talk about this during his time as president). That would mean introducing a common currency despite the fact that this is the deepest, most remote phase of economic integration – and by no means mandatory. And given recent developments within the EU, one may find oneself wondering whether it makes sense at all.

Of course, getting the right balance between deepening integration and expanding the integration zone is much more important. Our European colleagues faced this dilemma 15 years after the formation of the European Economic Community and over 20 years after it was first proposed. By that time, the hull had already been built and weathered several storms, and the ship was sailing smoothly.

However, in the post-Soviet space, countries that have only been independent from each other for a short while are now coming back together. As such, the question of expansion arose almost immediately after the formation of the nucleus.

Should new members be admitted before the founders have decided on the final model of their cooperation? The answer is not clear. Prospective new members include Kyrgyzstan, Tajikistan (both members of Eurasec – the basis for the Customs Union) and Ukraine. These first two countries present both economic and legal complications: their economies are unstable and they each joined the WTO on very stringent terms. In Ukraine’s case it all comes down to politics.

There are many reasons to fight for Kiev’s accession. Ukraine offers a vast market with huge economic potential, and is a transit country for energy supplies. And while industry in Ukraine is past its prime, some branches remain attractive and can supplement production chains. Moreover, Ukraine is a geopolitical bridgehead, and although this is not central to the Eurasian Union, Russia clearly gives it great weight. All these arguments compel Russia to look for ways to draw Ukraine into the union, from concessions and promises to pressure.

However, leaving aside the conventional view that Russia and Ukraine belong together by virtue of their common cultural and historical roots, the picture changes. Russian international relations expert Timofei Bordachyov recently suggested that Ukraine’s accession to the would-be union makes sense if Russia intends to build another empire.

Under this scenario, Ukraine is essential. However, it is becoming increasingly clear that the imperial phase of Russian history is a thing of the past.

Bordachyov believes that relentless efforts to include Ukraine in a modern integration association may prove self-defeating.

If Ukraine were to join the Customs Union, it might slow the project down or halt it entirely. First, Ukrainian public opinion is divided and the government would have to drive a hard bargain on every issue to fend off accusations of betraying the national interest (all countries do this, but Ukraine’s case is particularly extreme). Second, Ukraine’s political stance is to continuously manoeuvre between large neighbours in order to reap the greatest possible rewards. This is completely normal, but not for a country that belongs to a binding union that operates on the basis of consensus.

There are elements of pressure and persuasion in any union, but they should not predominate. For any country, the initial impulse must be voluntary. Otherwise, expansion will become an obstacle to deeper integration, and the country’s long-term membership will remain in doubt.

An economic union is not the only possible form of cooperation between Ukraine and other post-Soviet countries. The free market offers many different options. The most radical would be for Russia to simply find partners who are easier to work with, and more profitable, than Kiev.