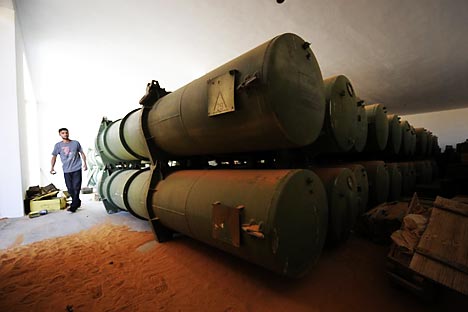 A US government report concluding Syria has used chemical weapons against rebels, crossing what US President Barack Obama has previously described as a “red line,” is a fabrication, a senior Russian lawmaker said Friday.

“Information about the usage of chemical weapons by [Syrian President Bashar] Assad is fabricated in the same way as the lie about [Saddam] Hussein's weapons of mass destruction [in Iraq],” Alexei Pushkov, head of the Russian lower house of parliament’s international affairs committee, said on Twitter.

US intelligence reports presented to the UN and the international community prior to the US-led invasion of Iraq in 2003 claimed Saddam Hussein’s regime possessed weapons of mass destruction including nerve agents, ballistic missiles and a nuclear weapons programme. The US claimed the threat posed by those weapons justified the invasion of Iraq, but after the country was occupied, the alleged weapons of mass destruction were never found.

The White House said on Thursday it now believes with “high confidence” that Syrian government forces have used chemical weapons many times during the two-year conflict there, and vowed to boost US aid to the armed opposition fighting to remove Assad from power.

Rhodes declined to clarify whether this support would entail providing arms to the Syrian opposition, but said US aid to armed opposition on the ground would differ greatly “in scope and scale” from assistance Washington had previously provided to the rebels. The US goal, Rhodes said, is to “strengthen their effectiveness.”

Syrian government officials have accused opposition forces of using chemical weapons against President Bashar Assad's military in a March attack in outside of the northern city of Aleppo.

Some 93,000 people are believed to have died since fighting broke out between Syrian government forces and rebels in March 2011, according to the latest UN figures.