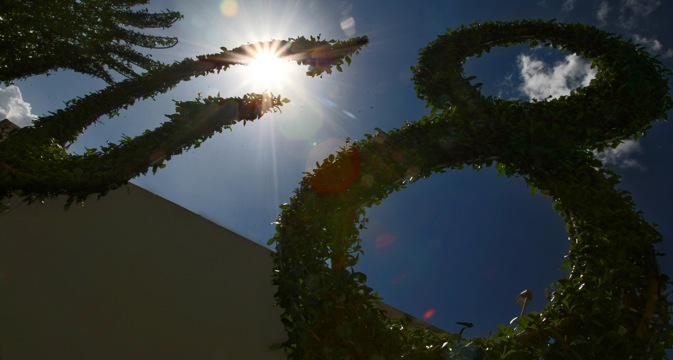 Failure of G8 on Syria will weaken its relevance in the post-Cold War globalized world. The Syrian conflict is a test case for the grouping, whose leaders meet today in Northern Ireland.

British Prime Minister David Cameron at his joint press conference with Russian President, Vladimir Putin in London prior to the G8 meeting declared that both countries believe that “we can overcome differences if we recognize that we share some fundamental aims: to end the conflict, to stop Syria breaking apart, to let the Syrian people decide who governs them and to take the fight to the extremists and defeat them.”

Russia, or any other member of G8, or members of other powerful groups like BRICS or G-20 would hardly disavow the sentiment of the British leader. The commonality also emerges when Cameron declared at the same press conference that “Where there is common ground is that we both see a humanitarian catastrophe, we both see the dangers of extremism. If we focus on that common ground we can indeed make some progress.”

Russia has harped on a political solution of the Syrian crisis and during the last month visit of the US Foreign Secretary, John Kerry to Moscow, Russia and the US agreed on dialogue and deliberation in the form of a peace conference.

Will G8 deliver and reflect these common elements despite divergence among members? Broadly two approaches can be identified among the seven members other than Russia. While Cameron harped on commonalities of approaches among the members, Canadian Prime Minister Stephen Harper emphasized on irreconcilable difference between Russia and other seven members. After meeting his Irish counterpart in Dublin, Harper pointed out “I don’t think we should fool ourselves. This is G7 plus one.” This approach presages a pessimistic outcome of the summit and closes doors for negotiation among the members.

One of the major issues that must be tackled head-on by the members is the issue of arms supply whether to rebels or to the Assad government. The UN estimate puts the death toll in the violent conflict at more than 90,000 with numbers rising steadily. The irreconcilability of positions arises mainly due to sharp difference among the members about the locus of the Assad government.  Russia sees Assad as the ruler of Syria, hence argues any arms deal with his government does not violate international law. The other members see the rebels as the representative of the people of Syria. The polarization of conflict along Shia and Sunni sectarian lines has not been factored into these calculations. Harper linked to this debate the western tradition and argued, “We in the West have a very different perspective on this situation.” Putin also referred to the same tradition and argued “One does not really need to support the people who not only kill their enemies, but open up their bodies, eat their intestines in front of the public and cameras … Are these the people you want to support? Are they the ones you want to supply with weapons? Then this probably has little relation to the humanitarian values preached in Europe for hundreds of years.”

The prospect of the US supplying arms to rebels, which has recently become vivid, has further added layers of complexity to the conflict resolution process. The EU last month lifted arms embargo against the rebels. Cameron downplayed this lifting of embargo after his meeting with Putin by arguing that his government has not taken a decision about supplying arms to rebels. Obama’s ‘redline,’ implying Assad’s use of chemical weapons against the rebels, is not clearly a testable phenomenon. Some of the US officials have argued that Assad has already used these weapons; hence it is right time to supply weapons to the opposition. However, one can not overlook the opposite argument about how credible are those evidences about the use of chemical weapons. As the country is a zone of death and destruction, it is difficult to conduct transparent investigation about these weapons and it may be possible that some rebel groups have used it in order to draw the US and other powers to the war.

More weapons in Syria mean more death and destruction. The Libyan case provides ample testimony to this. The arms supplied to topple Gaddafi fell into hands of extremists who used them later in Mali and other conflict hot spots. Obama appeared cognizant of this when he expressed apprehension few months back that Syria may turn into ‘an enclave of extremism.’ Perhaps this approach has led to US hesitation, so far, to commit its weapons to Syrian opposition. The internal political dynamics of the US may influence this policy. Another strong reason why weapons will not work and cause more devastation is that the involvement of outside powers will protract the conflict and made a Syria a battle zone along sectarian lines. Sections of Lebanese forces are already involved in the conflict. Reports suggest that Iran is likely to commit 4,000 troops to fight the rebels. The goal, instead, should be how to stop involvement of outside powers instead of increasing their armed involvement.

The proposed peace conference in this month hangs in balance. Any escalation in conflict with supply of weapons will only jeopardize the already fragile prospects of peace. It will, hence, depend how far the G8 members will sort out differences and focus on commonalities and evolve some common mechanism to address the crisis. Putin will meet Obama separately during the conflict. The Lavrov-Kerry peace initiative will likely get further momentum with Putin-Obama meet with some practical outcomes at least in terms of some joint resolutions or statements. Russia will be the host of the next G-8 summit; hence, Putin will use the occasion to stress on commonalities than the differences. It may be a prudent step on part of the members to expedite the peace conference in Geneva and seek a peaceful solution by involving all stakeholders in the conflict.

Failure of G8 on Syria will weaken its relevance in the post-Cold War globalized world. Already, the emergence of groups like BRICS and G-20 has cast shadow on this once powerful group. Syria in that sense is a test case before this group. Its success or failure will determine its standing, if not demise, in international politics.