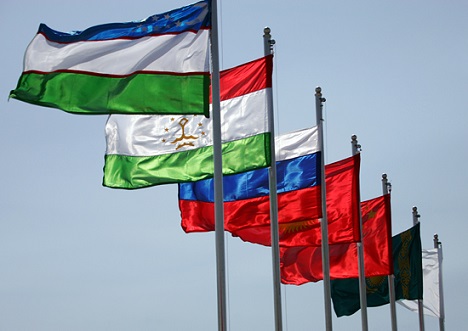 Russia’s policy in Central Asia will become the indicator of changes in its views of its international role. Source: Ministry of Defence of the Russian Federation / mil.ru

The post-Soviet countries have remained in Moscow’s sphere of influence and interests, and there have not been serious attempts to replace Russia as a geopolitical patron.

Polish-American political scientist Zbigniew Brzezinski said in the mid-1990s that “without Ukraine, Russia ceases to be an empire, but with Ukraine, suborned and then subordinated, Russia automatically becomes an empire.” This phrase is often used in disputes, both in favour of Russian expansion and against it.

The situation with Ukraine remains unclear to this day, more than 20 years after the dissolution of the Soviet Union, but not because of Russia. Moreover, it looks as if Russia’s potential imperial status depends on a different part of the former Soviet Union: Central Asia.

When Russia, Ukraine and Belarus decided to dissolve the Soviet Union at their meeting in Belovezhskaya Pushcha National Park in southwest Belarus, they simply notified the Central Asian leaders of their decision. The post-Soviet history of the Central Asian republics has been dramatic and has witnessed civil wars and coups (in Tajikistan and Kyrgyzstan) and the rise of an Oriental tyranny (Turkmenistan).

At the same time, the post-Soviet countries have remained in Moscow’s sphere of influence and interests, and there have not been serious attempts to replace Russia as a geopolitical patron. They have tried to diversify their relations, but Russia has remained the core element: Partners come and go, but the Kremlin never sleeps, especially because international interest in the region is focused on mineral resources and transportation routes. This has always been the core of Moscow’s foreign policy.

However, in 2010, Russia missed what seemed like an ideal opportunity to strengthen its dominant role in Central Asia, when it refused to intervene in the riots in southern Kyrgyzstan.

The Customs Union of Belarus, Kazakhstan and Russia, which was established in 2009 and is due to grow into the Eurasian Economic Union in 2015, is primarily focused on Ukraine, despite its ambiguous name.

Furthermore, people in Russia, mostly the residents of large cities, are increasingly calling for the erection of a barrier between Russia and its Central Asian neighbours by setting stricter limits on labour migration and by introducing visas. The issue of migrant workers, which is a big headache for most European countries, is also becoming a major political issue in Russia with a focus on Central Asia. It is not only being debated by the non-registered opposition such as nationalists, who have been growing stronger, but also by high-ranking officials such as acting Moscow Mayor Sergei Sobyanin and Deputy Prime Minister Dmitry Rogozin. The issue is on the agenda of nearly all the candidates for the Moscow mayoral election on September 8.

The internal reasons are obvious: The search for Russia’s post-Soviet identity at a time when migration has become a problem for all industrialized countries is acquiring a protectionist and even xenophobic flavour. Some sections of Russian society put the blame for their lack of confidence in their future on “aliens” as the most vivid element of changes in their lives.

The external reasons are clear, too. The imperial feeling is receding, with the desire to regain losses typical of the first post-dissolution stage gradually giving way to cold math: Should this be done and, if so, at what cost?

Russia’s policy in Central Asia will become the indicator of changes in its views of its international role. The Central Asian countries are set for major change, but the consequences of the upcoming change of the ruling generations in Uzbekistan and Tajikistan are unpredictable. (Kazakhstan appears to be more stable than the above two countries.) There is a risk of instability spreading from Afghanistan if US troops pull out in 2014 as planned. Moscow will need to take into account internal sentiments when choosing between assuming responsibility for that part of the former Soviet Union and limiting the zone of its vital interests to Kazakhstan.

There is no clear answer to this question, because fatal outcomes and risks are possible in either case. Russia’s withdrawal from Central Asia would not mean that some other power would take its place there immediately. Rather, it would amount to the loss of its regulatory role, with the Central Asian countries left to fend for themselves amid growing external and internal instability.

Putting up a fence and forgetting about the former fraternal nations would not be a good choice because of close human ties and a large number of Central Asian nationals in Russia. Full-scale imperial interference is also unthinkable because people would not support it, and the history of US interventions shows that achieving one’s goals in this situation is impossible.

A few months ago, Russia’s drug control chief, Viktor Ivanov, advanced an idea that no longer sounds so extravagant. He proposed establishing a state corporation for Central Asia to ensure the development of the regional countries and to reduce the inflow of migrants to Russia. Unfortunately, we know that state corporations are not very efficient in Russia, but the idea seems quite reasonable.

Russia needs to find a way to improve the situation in Central Asia without becoming directly involved. The resolution of this problem or inability to do so will be a test of maturity for Russia as a regional power of a new, post-imperial type.

geopolitics RIR Fall of the USSR