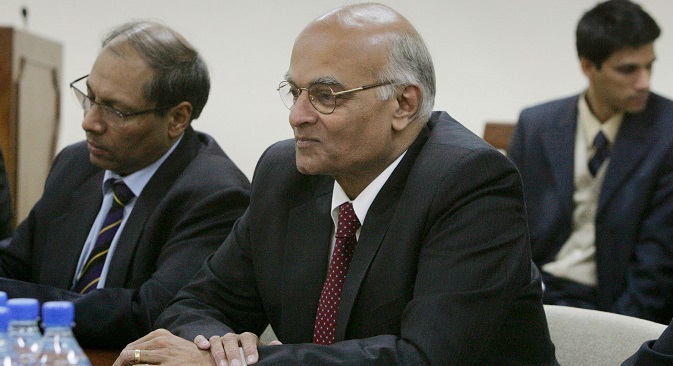 India’s National Security Advisor Shivshankar Menon described the Russian interests in Ukraine as “legitimate,” a remark that will definitely not go down well with the West.

“As far as we are concerned, we are watching what is happening in the Ukraine with some concern,” Menon said in New Delhi on March 6. “We would hope that whatever internal issues there are within Ukraine are settled peacefully and that the broader issues of reconciling the various interests involved, and there are after all legitimate Russian and other interests involved, are discussed, negotiated, and that there is a satisfactory resolution to them. But more than that at this stage when everything is still fluid, I do not think we can tell you.”

Less than four hours after this statement, the Indian Ministry of External Affairs (MEA) came up with a formal reaction on the Ukraine crisis. Its statement is reproduced below in its entirety: “India has been closely following the recent events in Ukraine, which include the tragic loss of several innocent lives and a change in Government. We have been concerned at the subsequent escalation of tension, especially in view of the presence of more than 5000 Indian nationals, including about 4000 students, in different parts of Ukraine. India welcomes recent efforts at reducing the tension and hopes that a solution to Ukraine’s internal differences is found in a manner that meets the aspirations of all sections of Ukraine’s population. It would be important, in this context, for a legitimate democratic process to find full expression through free and fair elections that provide for an inclusive society. India calls for sincere and sustained diplomatic efforts to ensure that issues between Ukraine and its neighbouring countries are resolved through constructive dialogue.” 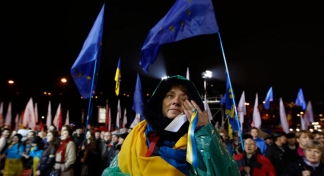 Clearly, one can see two different nuances in the two Indian reactions on Ukraine.

The official MEA statement significantly eschews the very mention of Russia and thus takes no position on the ongoing Ukraine crisis. It talks about the Indian interests in Ukraine and makes a clichéd call for resolving the issue through “sustained diplomatic efforts”. The MEA statement does not make it clear on whose side India is in the Ukraine conflict.

The last line of the MEA statement that “India calls for sincere and sustained diplomatic efforts to ensure that issues between Ukraine and its neighbouring countries are resolved through constructive dialogue,” does imply that India would not be silent if the West were to treat Russia like Iran and North Korea by imposing a tough sanctions regime on Moscow. But it falls short of expressly saying so.

The NSA’s remarks, on the contrary, make it clear that India supports Russia as it finds Russian interests in Ukraine are “legitimate”.

But it is the NSA’s reaction rather than the official Indian statement that the West and Russia should be concerned with. Menon’s remarks clearly show that India has not forsaken Russia and will not do so.

The writer is a New Delhi-based strategic analyst who tweets @Kishkindha.