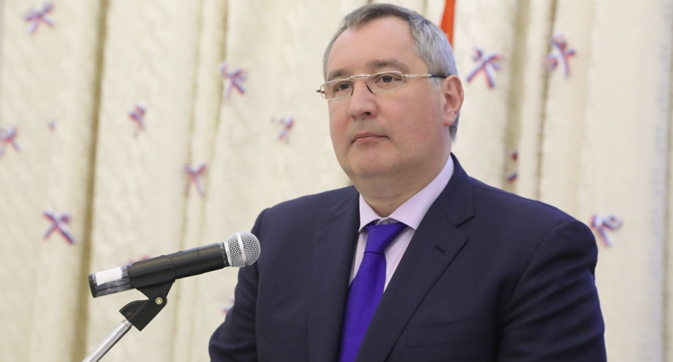 Dmitry Rogozin: "I love India, I respect the Indian people and the culture of this country." Source: Alessandro Belli

After a meeting with Indian External Affairs Minister Sushma Swaraj, the Russian Deputy Prime Minister talked to RIR about plans for the development of bilateral relations with the new Indian government, prospects for joint production of defence equipment and his views about Indian culture.

Dmitry Olegovich, what are your impressions after meeting with the new leadership of India? Were you able to reach specific agreements on some issues?

Now, we have just one goal – to fully restore the work that had been previously carried out on a variety of projects, both in the civil and defence sectors. To ensure that all the results we achieved, in reaching agreements with the previous government, do not disappear from the agenda of the new authorities. We are hoping for a breakthrough in relations between Russia and India, because the new leadership of this country has even before this, declared itself in favour of having good relations with Russia. Prime Minister Narendra Modi is known as a steadfast and pragmatic person. We need such a partner and companion.

Have further meetings already been planned between the leaders of our two countries?

We are proceeding according to the scheduled political calendar, under which, in the second half of this year, a bilateral summit at the highest level is scheduled, where Russian President Vladimir Putin will pay a visit to New Delhi. It is imperative that at the summit, the new leadership of India can tell its people that when it comes to Russia, clear, fast, and significant results have been achieved. It is extremely important for us to rely on the benevolent atmosphere in our relations, to demonstrate new progress.

Can we say that in key areas of bilateral cooperation between our countries we have already achieved good results?

In the near future, we should arrive at a new strategic vision of bilateral cooperation in important high-tech areas. This, above all, means work in the field of nuclear energy, mutually beneficial relations in the study and exploration of outer space, and in the aviation industry, including the joint development of multi-role transport aircraft and a fifth generation fighter jet. All of these issues we have discussed today, and have arrived at a full mutual understanding. Therefore, if the Indian Prime Minister Narendra Modi endorses such an approach, the recent political developments in India would have turned out to be a big plus for us.

What should we expect from the future meeting of the Inter-Governmental Commission on Trade, Economic, Scientific, Technological and Cultural Cooperation?

The Intergovernmental Commission is the main instrument of our relations. We have agreed today with the Indian Foreign Minister Sushma Swaraj, who is the co-chair from the Indian side, about the establishment within the Inter-Governmental Commission, of a Working Group on Strategic Issues. We will personally lead this group and focus on strategic projects.

As for parallel difficult issues, including the “titanium project” and our participation in the telecommunications business in India, we will assign to a separate working group – the Working Group on Complex Issues. This group will be led by our deputies – on the Russian side this will be Deputy Minister of Economic Development Alexey Likhachev. They will be meeting separately and creating for each of the problematic issues a roadmap for its resolution, and then they will present these solutions to us.

The constructive proposals that we have made, have been supported also by the Indian side.

India has repeatedly stated its focus is not on the purchase of foreign technology, including weapons, but rather their development and production by domestic joint venture enterprises, together with foreign partners. Is Russia ready for this format of mutual interaction?

If before the relations between the USSR and India did not include the development of science and technology, today they have matured in this area, which we welcome. We understand that this is in part the result of our own work as well. Therefore, we have agreed that most of the projects will involve the co-localization of production, for example, weapons and military equipment, or manufacturing of specific products in India. That is, we will work on increasing the competence of our Indian friends in those areas in which our country is the undisputed leader or holds leading positions in the world. Therefore, for us, the desires expressed by India are not surprising or strange. We look forward to working in this format.

The Indians are great mathematicians and programmers. They have great potential in the field of microelectronics. Moreover, those areas of cooperation, which I have already mentioned – nuclear energy, space exploration and aviation – require a partner with significant intelligence. We see this intelligence, and through joint development of unique designs as well as weapons and military equipment, which will address the security concerns of India and Russia, we will not only preserve, but also strengthen, our strategic presence in this great country.

You have visited India many times. Do you like it here?

I love Indian culture very much. There is only one problem – all these visits are very short in time, and while some people from our delegations may still snatch an opportunity to visit a museum or see some monuments, I mostly see New Delhi from the window of my car. Although the airport, I think I know very well. This is par for the course for heads of delegations.

Yet, I dream about the time when I can just take my wife and go visit the places about which my father told me long ago. He was part of the Soviet military contingent that in the 1970s provided significant support to India. Back then, it seems, they had more time, because he brought home photos of places that I still have not had a chance to see.

I love India, I respect the Indian people and the culture of this country, and sincerely regret being tied to such a tight schedule, according to which the negotiations are being held.