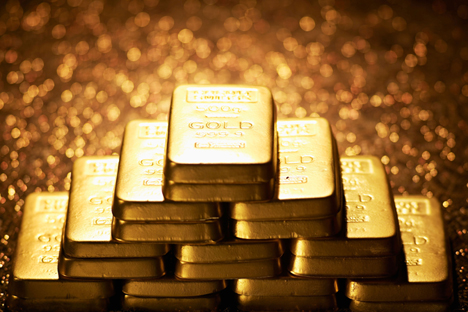 The new BRICS fund will have $100 billion, though it is formed only by five countries. Source: Alamy / Legion Media

The Russian Government has approved a draft agreement on the creation of a $100 billion fund by Brazil, Russia, India, China, and South Africa to steady currency markets.

The Russian Government signed a draft agreement on the creation of a $100 billion pool of currency reserves that the BRICS countries are forming to guard against financial shocks. According to the document, the countries’ dollar reserves will remain on the balance sheets of their central banks. However, these reserves can be made available at the request of one of the parties.

Vasily Yakimkin, a senior lecturer at the Russian Presidential Academy of National Economy and Public Administration (RANEPA), says two substructures are being created under the project. The stabilisation fund with capital of $100 billion would be a direct competitor with the IMF.  China would contribute $41 billion, Brazil, Russia and India, $18 billion each and South Africa $5 billion.  The second substructure would be a new development bank will come into being with a start-up capital of $50 billion, with each country contributing $10 billion. “As expected, the agreements on the creation of these structures will soon be signed at the summit of the heads of the BRICS countries in Brazil on July 15,” Yamikin says. “The structures will start functioning starting in 2015.” He adds that each of the BRICS countries wants to host the headquarters of the new institution.

Yakimkin says that the development bank will fund various institutional or infrastructural projects in other countries, notably in Africa.  The new currency fund will be a “mutual aid fund” to be used in case one of the BRICS countries encounters any financial problems. Russia, India, and Brazil can count on a loan equal to their contribution to the pool, while, as a rule, China’s access to the liquidity is limited to half of its share. “This project will significantly reduce the future volatility of the currency markets of developing countries, which several months ago endured a serious downturn while the IMF did not help,” says Yakimkin. The fall of the BRICS countries’ currencies began in summer 2013 when the Brazilian real and Russian rouble dropped to their four year lows in relation to the dollar and the Indian rupee tumbled to a historic low.

The total volume of funds in the IMF is currently $369.05 billion, but the new BRICS fund will have $100 billion, though it is formed only by five countries. “The decision of the BRICS countries about the creation of a supranational organization analogous to the IMF seems logical and correct, says Anton Soroko, an analyst from the investment holding company FINAM. “At the moment, the IMF has become something unwieldy and is practically not being reformed.”  Soroko adds that the US is blocking the recapitalization of the IMF by developing countries since it risks losing a considerable amount of influence.

According to UFSIC macroeconomics analyst Vasiliy Ukharskiy, if the project for the creation of a rival to the IMF is realized, and the bank functions properly, this will definitely bring the BRICS group to a new level. “The most important thing is for the new organization not to suffer from the same problems that the IMF has – otherwise it will just be an attempt to gain control over the supranational economic superstructure,” Anton Soroko adds. “I think that the parallel existence of these structures may bring benefits as they will one way or another start to compete for member-participants, which will push them to the more thoughtful evaluation of problems, and consequently, their solutions.”