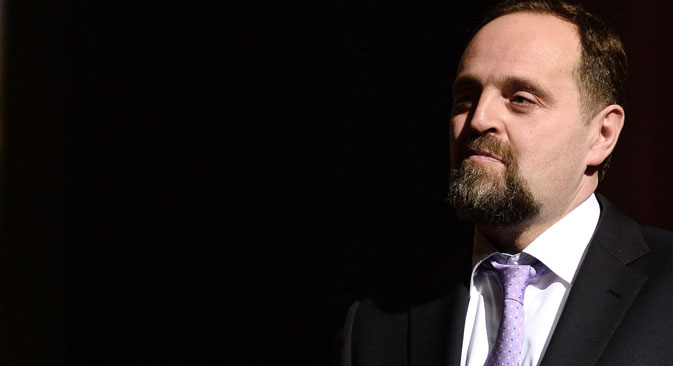 The first meeting of the BRICS Environment Ministers in Moscow in April promises to be a milestone in promoting intra-BRICS cooperation in pursuit of sustainable development. In this interview with RIR, Russia’s Minister of Natural Resources and Ecology Sergey Donskoy spoke about the issues on the agenda of the ministerial meeting, BRICS cooperation in the area of green economy, the ‘Clean India’ campaign and the initiatives Moscow plan to bring to the table at the Paris Climate Conference later this year.

You had a meeting with India’s Minister for Environment and Forests Prakash Javadekar. What did you discuss?

I invited him to visit Moscow in April, when the Environment Ministers of the BRICS countries will be holding their first meeting, and informed him about the topics that we will discuss there.

And what topics will be discussed?

The main theme of this meeting would be the “green economy” as a factor in sustainable development and the competitiveness of the BRICS countries. This theme is consistent with the global agenda – finding solutions to problems of environmental pollution and climate change.

The ministerial meeting will be devoted to possible mechanisms and their implementation in the economy, policy decisions leading to improvements in the quality of life, environmental protection, as well as the exchange of experiences and systematic approach to these issues.

On our part, we plan to propose discussing mechanisms of public-private partnerships. In Russia, using this scheme we are effectively implementing the so-called St. Petersburg Initiative. This is a platform for dialogue between the state, business, and society, which will reveal the most effective models for interaction.

This mechanism was designed to address specific environmental problems in that region – the Baltic Sea. We wish to propose this type of platform for implementation within the BRICS.

In parallel, we are working to create at the BRICS Development Bank a direction that will support “green” projects.

What other projects for the protection of the environment you consider promising for the joint implementation by BRICS?

Each country has its own problems associated with air pollution, water, and accumulated environmental damages. Thus at this meeting, we wish to discuss systemic approaches to water treatment and reducing air pollution.

By making the main topic on the agenda the implementation of the “green economy”, we want to discuss as many possible mechanisms as possible for combating pollution, in order to develop a wide range of different tools to solve these problems. The more of these tools that are available to us, the more flexible a policy we can pursue to address these problems.

During the April meeting, you will create a kind of a “road map”, which will determine the direction of future cooperation between the BRICS?

At the moment, there are preparations and negotiations being held to create such an instrument. I also discussed this issue with my Indian counterpart – Minister Prakash Javadekar.

Are there any bilateral projects on environmental protection planned between Russia and India?

Today, we are mainly focused on projects related to the protection of animals – endangered species - critically endangered, endangered and vulnerable – tigers and leopards.

Soon we will be holding a regular scheduled meeting of our working group, to discuss projects that we plan to implement in the future. Cooperation includes the exchange of experiences and coordination of efforts in working on protecting these animals.

Do you know about the Indian government’s programme – “Clean India”? What do you think about it?

We fully support such initiatives and consider it absolutely correct that the country’s leadership is focusing on such activities. This should be done all over the world, where the accumulated waste, and damage in general, have reached such alarming proportions. The sooner we begin to deal with this, the sooner we can minimise the risks associated with the degradation of nature and the decline in the quality of people’s lives.

A variety of environmental programmes are also being implemented in Russia. One of them – cleanup of the Arctic – involves clearing up all the accumulated damage created there during the development of this region in the 20th century. A great deal of accumulated waste is located there, including metal, which must be removed. This initiative was launched in 2011 by Russian President Vladimir Putin, and is now being vigorously implemented.