The SCO Summit: a Eurasian view of the world’s future 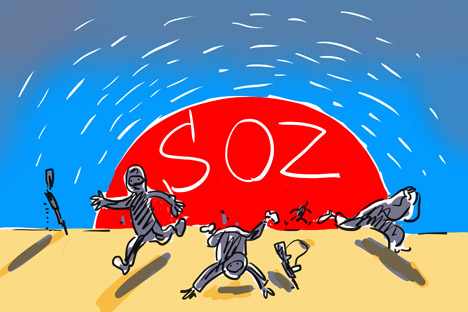 One of the poles of the evolving multi-polar world, the SCO guards the foundation of the existing world order and the mechanisms of global regulation developed after World War II. According to the host, President President Vladimir Putin, the entry of India and Pakistan will expand the SCO's abilities to counter contemporary challenges and threats and will significantly increase its political and economic potential.

The Council of heads of member states of the Shanghai Cooperation Organization (SCO), which took place in Ufa on July 9-10, ended Russia's year of chairmanship of the organization. The outcome of the summit and the year will have a profound influence both on the further development of the SCO and the situation in Eurasia, in the Pacific Rim region and in the world in general.

In a press conference after the session, Russian President Vladimir Putin gave the meeting the highest evaluation. The main outcome of the summit is that it convincingly showed the SCO as an influential member of the contemporary system of international relations, an important factor in guaranteeing security and stability in the region, and in becoming a vital platform for linking various interests and promoting continent-wide cooperation.

The founding countries decided to establish the SCO in 2001, when many countries' primary national security interest was the problem of terrorism. This was what prompted the formation of the association, with Russia, China and four Central Asian countries as members.

Much has been done since then, and objectives that were set in the beginning have mostly been met. But the world is changing with such speed that other issues have been added to the current challenges of jointly countering terrorism and extremism.

Thus the significance of the summit in Ufa: the strengthened organization in new conditions formulated aims and challenges for the next decade. The SCO confirmed its fidelity to its founding principles, written in the Charter, and simultaneously clarified and concretized its challenges and the direction of its activity.

If the structure assumes a ten-year strategy, clearly understands its manoeuvres and expands in terms of membership, it means that the structure is doing very well.

The issue of the SCO's expansion was perhaps most resonant, which is natural. For the first time since its creation, the organization decided to increase the number of participants: it started the process of including India and Pakistan.

According to Putin, the entrance of India and Pakistan will expand the SCO's possibilities to counter contemporary challenges and threats and will significantly increase its political and economic potential. From an organization of "six," the SCO will become an organization of "eight," with key Asian countries joining the regional association. This will take some time: the procedure of accepting new members is carried out in phases; there is the necessity of connecting the applicant countries to a whole series of international legal acts. That is why for now, at least until the 2016 summit in Tashkent, the SCO will continue working in its current format.

The SCO member countries are Russia, China, Kazakhstan, Kyrgyzstan, Tajikistan and Uzbekistan. The observer countries are Afghanistan, Iran, India, Mongolia, Pakistan and now Belarus, while dialogue partners are Turkey, Sri Lanka, Azerbaijan, Armenia, Cambodia and Nepal. Everyone is united not only by the fact that they are located in Asia or in Eurasian territory, but also by their like-mindedness. They have independent domestic and foreign policies, defend their right to develop with consideration to national particularities, adhere in many respects (not necessarily in all!) to common approaches to the main problems in today's world order, as well as to key global and regional issues.

Embodying one of the poles of the forming multi-polar world, the SCO guards the foundation of the existing world order and the mechanisms of global regulation developed after WWII. This was particularly reflected in the declaration that the heads of state approved in light of the 70th anniversary of the victory over Fascism in WWII. In the Ufa Declaration the SCO clearly formulated its calls to strengthen the UN's central command and to increase of the UN Security Council's role in maintaining international peace and security, and in bolstering systems to prevent the spread of weapons of mass destruction (WMDs).

The SCO's economic horizons are also expanding. In previous years the organization sought a niche in the trade-economic cooperation area that would help strengthen stability within SCO.

The creation of the Eurasian Economic Union and Beijing's promotion of the Silk Road Economic Belt concept radically changed the atmosphere of the region, increasing the degree of optimism. Against the background of widespread economic difficulties this is a very important phenomenon.

The recent summit in Ufa is memorable also for the fact that it gathered on the shores of the Belaya River dozens of heads of state who did not fail to take advantage of the unique possibility to hold bilateral and multilateral meetings. The Russian president had more than ten of such meetings. A very substantial one was the meeting called "BRICS Leaders - leaders of EAEU and SCO." Is this not a new format for discussing pressing global and regional problems?

Western comments on the SCO and BRICS Summits contained much malice. People can think what they wish about these associations, but it is too late to cancel them. The farther they go, the more they establish the tone of international development. This is a fact.

The author is Russian Ambassador Extraordinary and Plenipotentiary to the Kingdom of Thailand. Between 2011 and 2014 he was Russian President's special envoy to the SCO.