Kremlin watching the US ‘Trump’ card 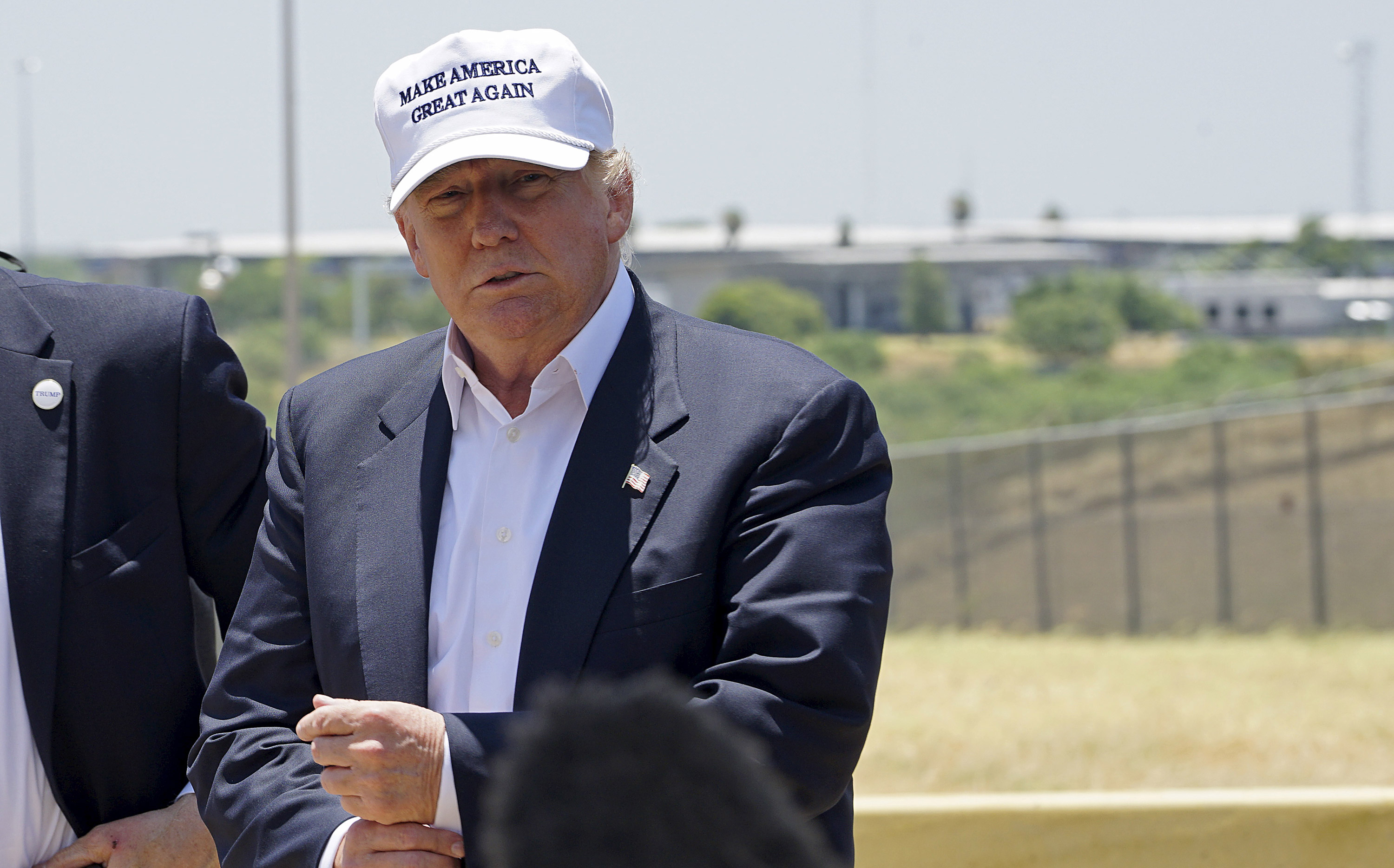 Reuters
The US presidential campaign is attracting keen interest in Russia. However, it would seem that Russian analysts are often too hasty in their predictions, focusing only on public opinion polls without looking at the inner layers of US policy.

According to Russian Americanists, controversial billionaire Donald Trump appears to be the only viable candidate in the race for the Republican presidential nomination.

“Trump attracts audiences as a renegade and self-promoter,” said Yuri Yudenkov, a lecturer in politics at Moscow State University. “Trump is not a politician, but a public businessman. Trump is all about books, speeches, lectures, and money.”

Yudenkov is very surprised by Trump’s position on Russian policy, which he voiced during the first direct televised debate for Republican presidential candidates on Fox TV.

However, Trump has clearly reversed his rhetoric. Last year he criticized President Obama for his policy on Ukraine, calling on him to “be a man” and stand up to Vladimir Putin, insisting at the same time on tougher anti-Russian sanctions.

“Putin has shown the world what happens when America has weak leaders. Peace through Strength!” wrote the billionaire in April last year on his Facebook page.

The imagined agreement with Putin seems to be just one of many exotic statements made by Trump. Another is his promise to build a wall on the border with Mexico, since “the United States has become a dumping ground for Mexico,” which is a “tremendous infectious disease” which “is pouring across the border,” as well as crude remarks about female adversaries, whom the prospective presidential candidate during the debate called “slobs,” “disgusting animals,” and “fat pigs.”

The Russian leadership has repeatedly made it clear that it is disillusioned with Obama and has lost all hope of ever returning to the negotiating table.The Kremlin has intimated that it would prefer to deal with a Republican president, who would be more predictable and straight-forward, Moscow believes.

However, Obama fatigue alone can hardly explain the Kremlin’s haste to heap praise on this eccentric candidate who, despite his unexpectedly high ratings at the early stage of the race, has little real chance of becoming the Grand Old Party’s actual nominee, according to no-nonsense US analysts.

It would also seem an exaggeration to talk about the New York real-estate developer’s excessive influence over Congress.

“Trump is very rich and can seriously alter the balance of power in the Republican primaries. But I don’t think he’s aiming for the presidency, rather the vice-presidency. He knows full well that money can do a lot, but not everything,” said Areg Galstyan, Russian political scientist and Americanist.

He does not rule out that if the Republican nomination goes to Jeb Bush or Scott Walker, the winner could ask Trump to share the ticket with them.

“It would add political balance: Trump is a radical, while Bush is considered a moderate,” surmised Galstyan. “Trump has a lot of influence over Congress, and I think that Bush or Walker would want a guy like that in their administration.”

Most US analysts express a diametrically opposite view. Washington Post columnist Eugene Robinson wrote that after the first debate, “the GOP establishment confidently predicts that the Donald Trump phenomenon is over, done with, finished, kaput.”

Another well-known DC columnist George Will calls Trump a “counterfeit Republican.” “When Trump decided that his next acquisition would be not another casino but the Republican presidential nomination, he tactically and quickly underwent many conversions of convenience (concerning abortion, health care, funding Democrats, etc.). His makeover demonstrates that he is a counterfeit Republican and no conservative,” wrote Will.

Renowned Yahoo columnist Matt Bai, in a column whose title speaks for itself (“The Myth of Trump’s Angry Legions”), also said that the Trump phenomenon should not be exaggerated.

The rise of Trump has become a kind of aberration in US public opinion; a significant number of voters are simply protesting against the more traditional candidates who all seem alike, and are flocking to support the extravagant outsider who loves to shock the nation.

In Russia, that role in politics has long been played by the leader of the Liberal Democratic Party, Vladimir Zhirinovsky. However, no serious analyst has ever considered him as a candidate for the top job. As for Trump, most US analysts assert that his political sun will set so rapidly that not only will the tycoon not be invited into the next president’s team (if the Republicans win), but, according to Galstyan, will not even be able to raise his voice in support of another candidate.

Rather than sifting through the 17 Republican presidential candidates for the one who has the kindest word to say about Putin, Russian analysts should heed the fact that the last debate paid very little attention to foreign policy issues. Yet 2016 has been dubbed the “foreign policy” election due to the abundance of complex global problems that the next occupant of the White House will face.

“The debate also lacked regional balance, focusing almost entirely on the Middle East, the Iran deal, and ISIS. These issues are not unimportant, but other major topics went unaddressed. Russia got limited talk time, while China, arguably America’s most important diplomatic relationship, was not even discussed,” wrote Emma Ashford of the CATO Institute, a Washington DC think-tank, in her article, “A Blinkered Foreign Policy Debate.”

None of the presidential hopefuls in the debates has shown him or herself to be a strategist with a passable grip on world politics. And whoever wins the upcoming primaries will find it difficult to compete with the Democrats’ shoe-in candidate, former Secretary of State Hillary Clinton. It can be assumed that if the chaos in the Republican house continues, the Kremlin will have to forget about Democrat fatigue and try to rebuild relations with the devil it knows.