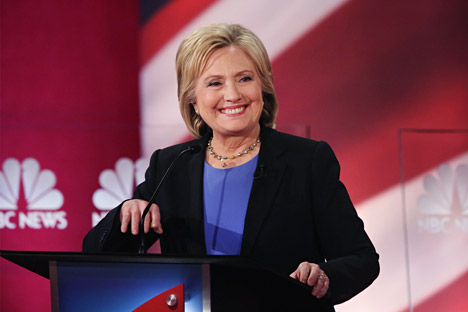 In the TV debate between potential Democratic Party candidates for the U.S. presidential race on January 17, 2016, the frontrunner, former Secretary of State Hillary Clinton, did not rule out a “reset” in relations with Moscow. She also described Russian President Vladimir Putin as a “bully” during the debate, held in Charleston, South Carolina.

The issue of America’s relations with Russia was raised among the various topics being debated. Clinton was asked if she would provide another “reset” button to Vladimir Putin.

“Well, it would depend what I got for it,” Clinton said. “And I can tell you what we got in the first term (when Clinton was secretary of state in the Obama administration). We got a new START treaty to reduce nuclear weapons between the United States and Russia. We got permission to resupply our troops in Afghanistan by travelling across Russia. We got Russia to sign on to our sanctions against Iran and other very important commitments.”

Clinton mentioned that when Putin reassumed the presidency, he accused her of fomenting dissent. Asked about her relationship with Putin, she replied: “It’s interesting. It’s one I think about respect. We’ve had some very tough dealings with one another. I know that he’s someone you have to continually stand up to because, like many bullies, he is somebody who will take as much as he possibly can, unless you do.”

Bernie Sanders, Clinton’s main challenger said, “Unfortunately much of that (defence) budget (referring to military spending) continues to fight the old Cold War with the Soviet Union. Very little of that budget; less than 10 percent; actually goes into fighting ISIS and international terrorism. We need to be thinking hard about making fundamental changes in the priorities of the Defence Department.”

Sanders went on to imply that Washington’s main goal should be fighting ISIS with Russia, Iran and other Muslim-majority countries, while removing Syrian President Bashar al-Assad would be next in line as a priority. 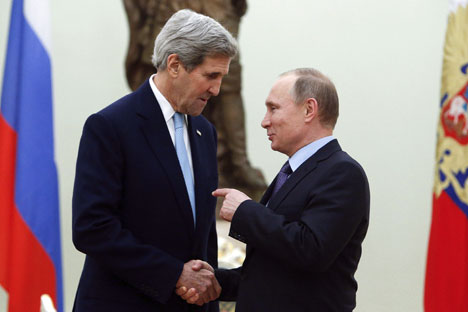