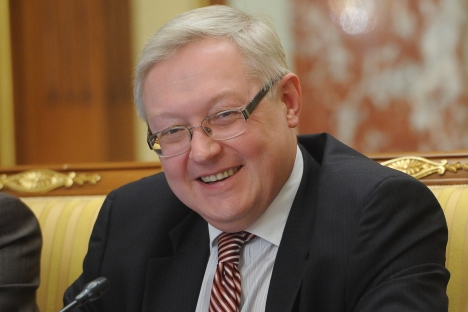 Critical remarks themselves are the best sign of the BRICS’ importance and the significance of this structure for international relations, Russian Deputy Foreign Minister Sergey Ryabkov said.

"There are many speculations today, especially in the West, to the effect that the economic dynamics of some BRICS members has lost breath and that the association is not what it was before," the high-placed diplomat said.

"I want to say that critical remarks themselves are the best sign of the BRICS’ importance and the significance of this structure for international relations. If this had not been the case, BRICS would have been simply ignored instead of the attempts to talk about its condition in a critical tone," the high-placed diplomat said.

According to Ryabkov, this approach reveals some problems experienced by Russian opponents as "they cannot calmly perceive something that does not fit into their own conceptions or their formats of the development of international relations."

"If something does not have the label: ‘made in the West,’ this causes suspicions and rejection from the outset," the high-placed Russian diplomat said.

"The Western centricity of the mentality of these critics is obvious to such an extent that it can cause nothing else but a smile. People who are ready to adequately perceive a modern and multi-polar world should treat calmer such phenomena as BRICS," the Russian deputy foreign minister said.