Could a ceasefire in Syria be the turning point? 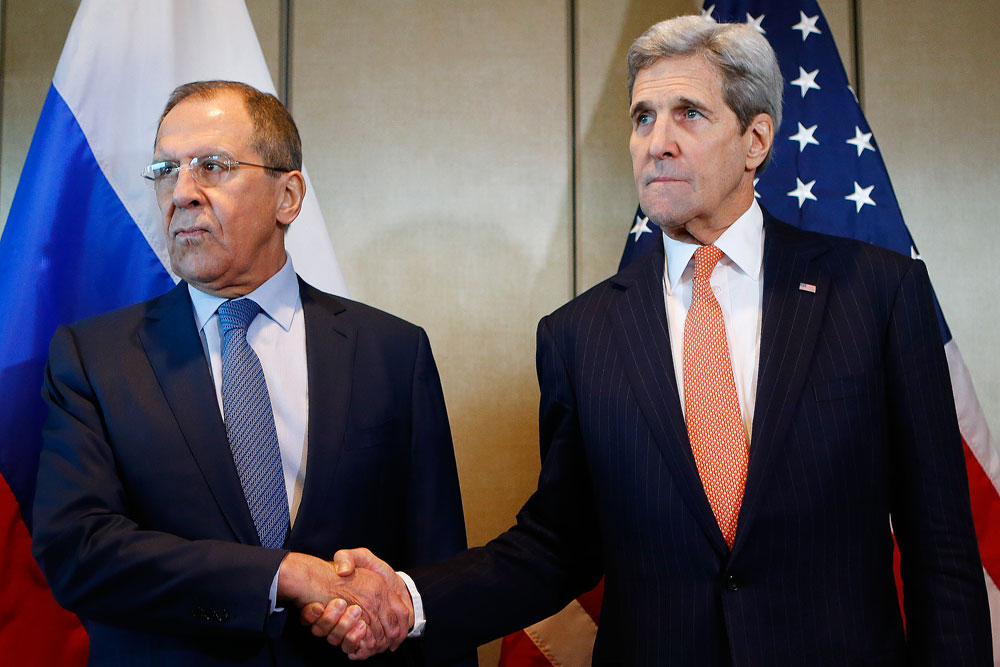 AP
World powers meeting in Munich announce a ceasefire agreement in Syria on February 11, to take effect “within a week.” We asked political analysts to assess the recent breakthrough and outline different scenarios for the Syrian conflict.

The United States, Russia and other members of the International Syrian Support Group (ISSG) have agreed for a ceasefire in Syria in one week. The ambitious decision comes after a meeting of the Group in Munich, Germany on February 11.

If implemented, the cessation of hostilities could mark a turning point in the protracted Syrian war and lead to a long-term political settlement. However, the commitment of the parties involved is to be tested in the coming days.

We talked to several political analysts about the ceasefire agreement and its implications for the Syrian conflict.

Some experts allow for the possibility of a local ceasefire, limited to some sections of the front lines. “This will likely be a local ceasefire agreement, not nationwide. It could possibly be introduced only in places where opposition forces will demonstrate their readiness to negotiate,” said Nikolai Kozhanov, a non-resident scholar at the Carnegie Moscow Centre and a contributing expert to the Moscow-based Institute of the Middle East.

These observers do not see the ceasefire as a decisive step towards a final resolution to the conflict. Although the announced agreement may set a positive precedent for future negotiations, significant change is not likely in Syria in the near future.

A local ceasefire is unlikely to transform into a long-term peace process. For this to happen, the conflicting parties must exhaust their ability to continue fighting, one of the analysts we interviewed opined. This cautious viewpoint sees no immediate breakthrough unless sides stop using their military advances as a bargaining tool.

Ceasefire may lead to final settlement

Other experts see the announced ceasefire as a straight path to the final resolution of the Syrian crisis. They highlight the demonstrated readiness of international players to make compromises.

The United States’ support for the Syrian Kurds in spite of fierce criticism from Ankara demonstrates this major powerbroker’s commitment to a final resolution in Syria.

“President Obama, who will soon be leaving office, wants to conclude his presidential tenure with a considerable foreign policy success, and this includes taking a decisive step towards peace in Syria,” said Vladimir Sotnikov, lead researcher for the Institute of Oriental Studies at the Russian Academy of Sciences.

Maxim Suchkov of the Russian International Affairs Council sees the same commitment among the Russian leadership. The recent intensification of air strikes by Moscow was not intended to complicate the situation, he said, but “to bring its military operation to a closer end and eventually transform the conflict into the political realm.”

While it is not realistic to expect unanimity among all parties in support of the ceasefire, the agreement of major members of the ISSG will suffice to establish a lasting peace, according to the observers we interviewed. Should this happen, the Russian leadership could consider the option of withdrawing its air contingent from Syria.

No ceasefire possible in the near future

A more pessimistic view dismisses the possibility of a secure ceasefire in the current uncertain military and political climate, with Sotnikov of the Institute of Oriental Studies seeing the numerous military groups fighting the Assad regime independently from the United Syrian Opposition as a major obstacle on the road to a durable peace settlement.

Simond de Galbert, a visiting fellow at the Centre of Strategic and International Studies, agrees that a ceasefire is “more necessary than ever,” though he does not see it as a realistic proposition.

“Russia and Iran look more interested in securing additional gains on the ground … than in interrupting their territorial advance,” he said.