Will Europe again turn into a theatre of war? 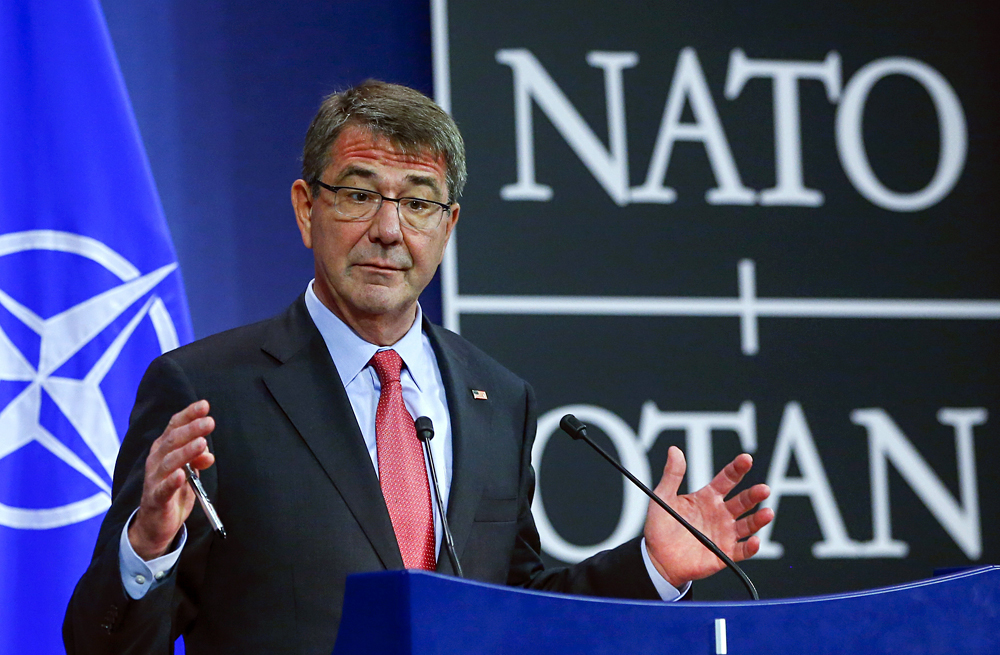 Reuters
The United States and Britain have simultaneously added sparks of anti-Russian rhetoric to the voltage arc, diverting yet at the same linking them with Russia, triggering an unusually sharp rebuff from Moscow.

Moscow has duly noted the recent surge in the anti-Russia rhetoric of top officials of the Anglo-Saxon duet (U.S. and U.K.), supported by detailed plans to enhance military potential in Europe.

The U.S. secretary of defence, Ashton Carter said reforms were necessary to make the US military able to address the five strategic challenges, which he defined as “Russia, China, North Korea, Iran and terrorism.”

British foreign secretary Philip Hammond branded Russia as a “challenge and a threat” and rejected cooperation with Moscow until it “respects” the rules of the international system.

To support these bellicose statements, Air Force General Philip M. Breedlove of the US European Command unveiled that the Pentagon would deploy three fully-manned Army brigades in Europe by the end of 2017, one armoured, one airborne and one Stryker brigade.

It all comes as part of a build-up in “the European theatre”. Omitted was the last part of the set phrase: “theatre” of a potential war.

No more “business as usual”

On the practical side, the immediate response to Western military build-up in close proximity of the Russian borders would be “asymmetrical”, not costly and by all means effective, Russia’s permanent representative to NATO, Aleksandr Grushko said.

The new firmness in articulating Moscow’s position vi-a-vis the West is a reflection of a basic shift in attitude.

In January, Russian Foreign Minister Sergey Lavrov sent a clear signal: For Russia, there will be no more “business as usual” with either the U.S. or the European Union. From now on the only possible re-set can be based on equal rights, mutual respect and international law.

Bringing additional weaponry to the old continent would be a blatant disregard of history lessons. Lady Catherine Ashton, the former EU High Representative for Foreign Affairs, could bear witness of the dangers of mistreating Europe.

In the early 1980s, she was treasurer of a pacifist movement, Campaign for Nuclear disarmament (CND). She was protesting against the U.S. decision to deploy sea-launched cruise missiles and Pershing missiles in Britain and other Western European countries.

Since Pershing II missiles stationed in West Germany could have reached targets in Moscow in 8 minutes (flight time), it left no chance to use the hot line with the White House. There was only time to push the red button for the retaliation strike.

The dangers of the new reality did not escape the Europeans who linked the deployment with a shift in the U.S. military doctrine. Presidential Directive No. 59 revealed that the U.S. was ready to fight a “limited nuclear war” with the Soviet Union lasting for weeks or some months, not more.

The additional American nuclear warheads in Europe created another “Cuban missiles crisis”; its second edition; and this time on the doorsteps of the Soviet Union. It was dramatically lowering the threshold for potential use of weapons of mass destruction.

In sum, Russian top officials today, by promising a “totally asymmetrical” response and no return to “business as usual,” also echo the letter and spirit of Vladimir Putin’s Munich speech of 2007. The Munich speech was a landmark warning that Russia would not accept a denigrating subordinate status in the changing world order.

Putin’s words were dismissed by leaders of the Anglo-Saxon alliance in 2007 as meaningless bravado. In 2016, disregard of Moscow’s resentment of the continuous NATO policy of encirclement and sabre-rattling is an exercise in short-sighted recklessness.