Conflicts carried over: What is happening in Russia’s backyard? 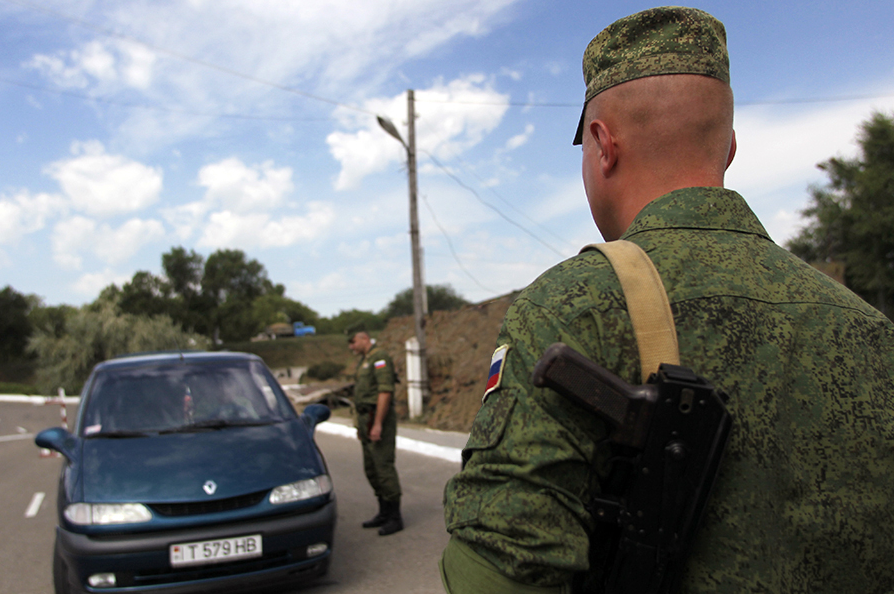 mil.ru
The conflict between Azerbaijan and Armenia being rekindled in Nagorno-Karabakh has focused attention also on other unresolved conflicts carried over from former Soviet countries. Will there be renewed violence in Transnistria, Abkhazia and South Ossetia?

The recent flare-up in the conflict between Azerbaijan and Armeniain Nagorno-Karabakh, along with the ongoing crisis in the Donbass region of eastern Ukraine, has returned the focus on other unresolved conflicts in post-Soviet countries like Moldova and Georgia. While Moscow has played a key role in “freezing” each of these territorial conflicts, Russia says it views these unresolved disputes as a potential threat to its security

The continuous possibility of violence breaking out in these zones, with the unpredictable consequences they may bring to regional stability, is forcing the Kremlin to think seriously about providing mediation to resolve these "suspended" contradictions between the conflicting states.

The armed clashes that have recently re-erupted in Nagorno-Karabakh have caused the death of almost 60 people. This is the most serious intensification of the conflict since a war over the area ended in 1994.

The original two-year war then was waged for control of the region that was, during the Soviet era, a part of Azerbaijan, but with a mostly Armenian population. The bitter war led to the death of 15,000 people and establishment of the Nagorno-Karabakh Republic, which is backed by Armenia.

Russian observers say that the conflict in Karabakh was never actually frozen. "There was never a month when someone was not killed, when there was no shooting…" said Sergei Mikheev, head of the Moscow-based Centre for Political Affairs. But over the past year, the level of violence in the Karabakh conflict zone has significantly increased.

Russian analysts believe that now it is Azerbaijan, which lost the war 20 years ago, that is interested in escalating the conflict. Besides the desire to take revenge Baku, which is heavily dependent on oil revenues, is probably keen to divert its people from economic difficulties. But there is also the possibility that Ankara is playing a provocative role. Turkey is the only country that supports Azerbaijan unconditionally in the current conflict.

While Russia, which played a role in the bringing the war to an end 20 years ago as one of the mediators, is now trying to build goof relations with both Armenia and Azerbaijan, the fact that Moscow and Yerevan are allies makes it difficult for Russia to impartially determine whom to support in the conflict.

Moscow is speaking with both and has been able to make certain breakthroughs. Azerbaijani President Ilkham Aliev said in a conversation with Russian Foreign Minister Sergei Lavrov that the April 5 armistice agreement in Karabakh was reached because of Russian mediation.

The Transnistrian conflict of 1992, another consequence of the USSR's collapse, was shorter and less bloody than that in Karabakh.

The events in Transnistria, a narrow industrial strip of land in Moldova bordering Ukraine with a predominantly Russian population, were a reaction to the declaration of independence by Moldova in 1991.

Authorities in Transnistria (Pridnestrovie in Russian) had already announced the creation of the Pridnestrovian Moldovan Republic in 1990, before the breakup of the Soviet Union, in response to fears of the local population about the central government’s policies in Chisinau.

The Russian-speaking part of the Moldovan population; mostly inhabitants of Transnistria; were against what they feared was the creation of a nationalistic Moldovan state seeking to emphasize its Romanian roots and reunite with its western neighbour. The region was separated from Romania in 1940 when the USSR annexed the region under the secret protocols of the Molotov-Ribbentrop Pact between Stalin and Hitler.

Chisinau tried to solve the problem of uncontrolled Transnistria using force. Armed violence lasted several months, resulting in hundreds of victims. The conflict ended with a Russia-negotiated ceasefire, and Moscow sent in a contingent of “peacekeepers,” which is still based there. The unrecognized Pridnestrovian Moldovan Republic has now existed for almost a quarter of a century.

Observers say there have been growing tensions in Transnistria recently. However this has not resulted in an armed conflict. The deteriorating situation is taking place against the backdrop of events in Ukraine, with the pro-Russian mood in Transnistria hostage to the crisis in relations between Moscow and Kiev.

Ukraine tried in September 2015 to organize a transportation blockade of the region from its side. Vladimir Yevseyev from the Moscow-based CIS Institute said both Ukraine and Moldova were creating economic problems for Transnistria.

The Russian Foreign Ministry says that the Moldovan government, which is seeking closer ties with the European Union, is trying to push the Russian peacekeepers out of Transnistria and replacing them with a kind of civil mission. Moscow believes this is responsible for the rise in tensions in the republic.

The Abkhazia and South Ossetia conflicts resemble each other: neither of the two ethnic groups wanted to be part of Georgia. As a response to the move toward independence that Tbilisi took during the final years of the Soviet Union, Abkhazia declared itself a sovereign state. South Ossetia also declared its sovereignty. Earlier, South Ossetia had even tried raising its status to that of an autonomous republic within Soviet Georgia.

In both cases, the confrontation between the republican centre and the borderlands led to military action. In the case of Abkhazia (1992-1993) the conflict was longer and led to more bloodshed, causing 14,000-16,000 casualties, while the conflict in South Ossetia (1991-1992) resulted in less than 1,000 deaths. Russian peacekeepers, who formed part of a joint force in South Ossetia, alongside Georgian and South Ossetian counterparts, were brought in after the end of both conflicts.

Residents of Dzhava village organizing a self-defense group to protect their families and refugees from nearby communities, April 1, 1991.  Source:  Sergey Titov/RIA Novosti

In August 2008, after a series of tit-for-tat skirmishes between Georgian troops and South Ossetian separatists, including bombings and mortar attacks, Georgian forces launched an assault on the Russian-backed region, advancing to the regional capital of Tskhinvali to swiftly capture the town and block Russian troops from coming to the South Ossetians’ aid through the Roki tunnel from Russia. However, Russian and South Ossetian peacekeepers were able to hold the Georgians for long enough for Russian reinforcements to arrive.

An outcome of the subsequent five-day war between Russia and Georgia was the deployment of Russian troops in South Ossetia and Abkhazia, and Moscow's recognition of the territories as sovereign nations. Only three other countries (Nicaragua, Venezuela and the Pacific island of Nauru in the case of South Ossetia) have followed suit, while the West still views them as part of a sovereign Georgia.

In 2015 an alliance and strategic partnership agreement came into effect between Russia and Abkhazia, while Russia signed an agreement on cooperation and integration with South Ossetia.

Compared to Karabakh and Transnistria, Abkhazia and South Ossetia are in a more stable position, since they are now practically Russian protectorates.