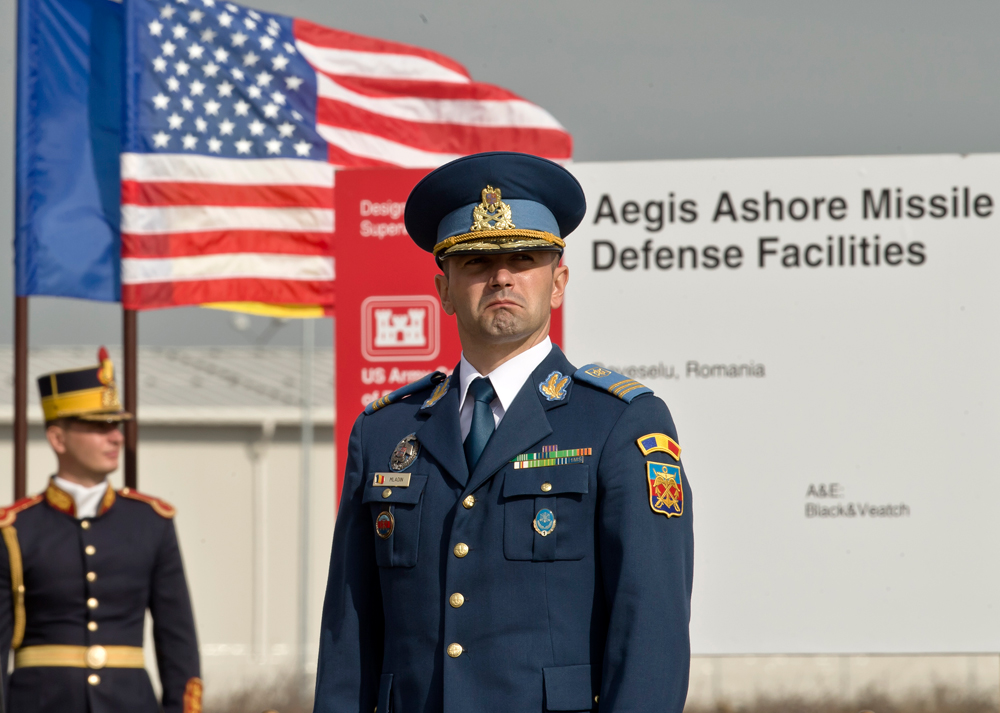 A Romanian officer grimaces before the official ground breaking ceremony of an U.S. Aegis Ashore missile defence base in Deveselu, Romania, Monday, Oct. 28, 2013.

AP
Moscow has termed the American anti-missile defence system unveiled in Romania last week as a threat to Russia’s security. Washington and Brussels (NATO headquarters) insist the system is not aimed at Russia and is powerless against Russian missiles. Is that true?

While NATO has assured Russia that the system poses no threat to it, Moscow has reacted nervously to the news.

"There is no doubt that the deployment of the antimissile defence system is a real threat to Russia's security," said Dmitry Peskov, the Russian president’s press secretary.

NATO: Anti-missile defence system is not aimed at Russia

The United States and NATO have been trying for the past 15 years to convince Moscow that the anti-missile shield is not aimed at it, even though Washington left the Treaty prohibiting development and deployment of anti-missile defence systems back in 2001.

The U.S. insists that the anti-missile defence system in Europe is part of a plan to build a global anti-missile defence shield and is not aimed at destroying Russia's nuclear missile potential. The West says that it is building the system to counter potential threats from countries such as Iran and North Korea.

NATO Secretary General Jens Stoltenberg stated on May 12 that the anti-missile defence system offers no physical threat to Russian missiles.

"Geography and physics do not allow us to shoot down Russian intercontinental ballistic missiles [ICBM] since we have very few antimissile shields and they are located either too far south or too close to the Russian border," he said.

Konstantin Bogdanov, a military expert at the news website Lenta.ru, said Stoltenberg is “certainly right” as far as the Romanian base is concerned: “NATO neither wishes nor is able to use the base against Russia," he said.

Russia: American anti-missile defence system is not limited to Deveselu

However, the base in Deveselu, Romania, is only one of the elements of the Aegis anti-missile defence system. Its other components appear less innocuous, say the Russian military.

Moscow believes that the missile defence shield in Redzikowo, Poland, which should start functioning in 2018, poses a potential threat to Russian ICBMs. This opinion was mooted at the First Moscow Security Conference in 2012.

Russian specialists feel that after the appearance of the more advanced American missile interceptors, such as the SM-3 Block IIA and Block IIB, the U.S. will be able to attack Russian strategic missiles that could be launched from western and north-western Russia in the direction of North America. The new American missiles are expected to be completed in the 2020s.

But more than anti-missile defence systems in Romania and Poland, the Russian military is nervous about Aegis' mobile components; the interceptor missiles installed on military ships.

One expert stressed that in the event of a military conflict, these ships can be concentrated near the coasts of Scandinavia, for example, in the Norwegian Sea. This is the exact region over which part of the Russian ICBM trajectory to North America stretches.

Russia: INF Treaty has been violated

The appearance of the anti-missile defence shield in Deveselu has not only engendered Russian protests within the context of the overall anti-missile defence architecture, but Russia's military and diplomats also claim that the base in Romania violates the Intermediate-Range Nuclear Forces Treaty signed in 1987.

However, as Konstantin Sivkov from the Moscow-based Academy of Geopolitical Problems points out, the creation of infrastructure that even makes such launches possible is already "a gross violation of the INF Treaty."