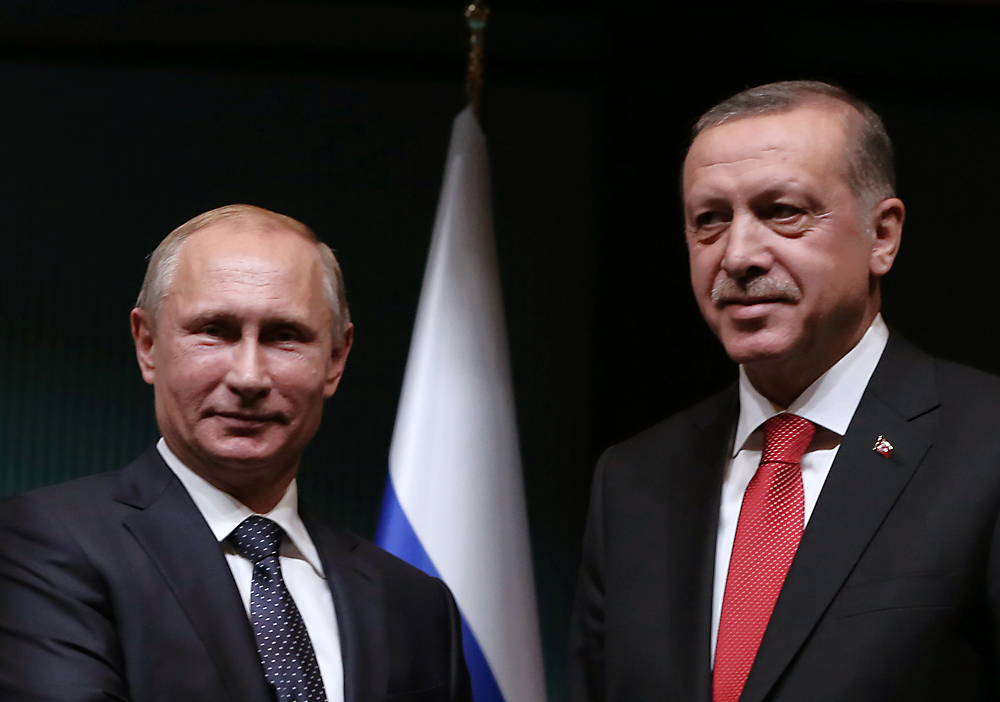 Russian President Vladimir Putin said in a phone conversation with Turkish President Recep Tayyip Erdogan on Wednesday he had given instructions to the government to start talks with Turkey on the resumption of trade and economic cooperation.

"The Russian leader said he had instructed the government to enter into negotiations with the relevant Turkish authorities to restore mutually advantageous bilateral cooperation in the trade and economic and other spheres," the Kremlin press office said in a statement.

Putin told the government after the conversation that the process of normalizing Russia-Turkey relations is beginning.

"After the Turkish president’s letter to us we have decided to begin the process of normalization of relations with the Turkish partners," Putin said, opening a meeting with the Russian government members. "At the beginning of the conversation I, certainly, expressed condolences to the country’s president, to the whole Turkish nation over the terrorist attack that has happened in Istanbul," Putin said.

"As for our bilateral relations, I would like to begin with tourism issues, although this is said against the background of intensified activity of terrorists… Nevertheless, we lift the administrative restrictions in this sphere," Putin said. "And I ask the Russian government to begin the process of normalization of trade and economic relations with Turkey in general," the Russian president added.

The Kremlin added Putin, Erdogan agree to lift restrictions on visits to Turkey by Russian tourists.

"It was noted that lifting of restrictive measures regarding visits of Russian tourists to Turkey was meant. It is desirable in such case the government of Turkey undertakes further steps aimed at supporting security of Russian citizens in Turkey," the press service said.

The Russian and Turkish presidents stressed the necessity to boost international counter-terrorism cooperation.

"Both sides underlined the necessity to intensify international cooperation in the fight against common terrorist threat," the Kremlin said.

"The Russian president has offered deep condolences over the terrorist attacks, which killed dozens at Istanbul’s airport, expressed sympathy with the families of the victims and wished the soonest recovery to all injured," the Kremlin said.

At least 41 people were killed and 239 injured in the deadly terrorist attacks at the international terminal of Istanbul’s Ataturk airport where three suicide bombers blew themselves up late on Tuesday.

The presidents have agreed in a phone conversation to consider the possibility of holding a personal meeting shortly.

"The presidents of Russia and Turkey agreed to consider the possibility of holding a personal meeting in the near future," the statement said.

"In general, the conversation had a business-like and constructive character and was aimed at restoring the traditionally friendly character of a multi-faceted bilateral cooperation," it said.

The leaders also agreed that the foreign ministers of the two countries will meet in Sochi on July 1 at the session of the Council of Foreign Ministers of the Black Sea Economic Cooperation (BSEC). They will discuss the situation in the region with the focus on the Syrian settlement and topical issues of further development of the Russian-Turkish ties.