Kiev to launch fresh offensive in the Donbass? 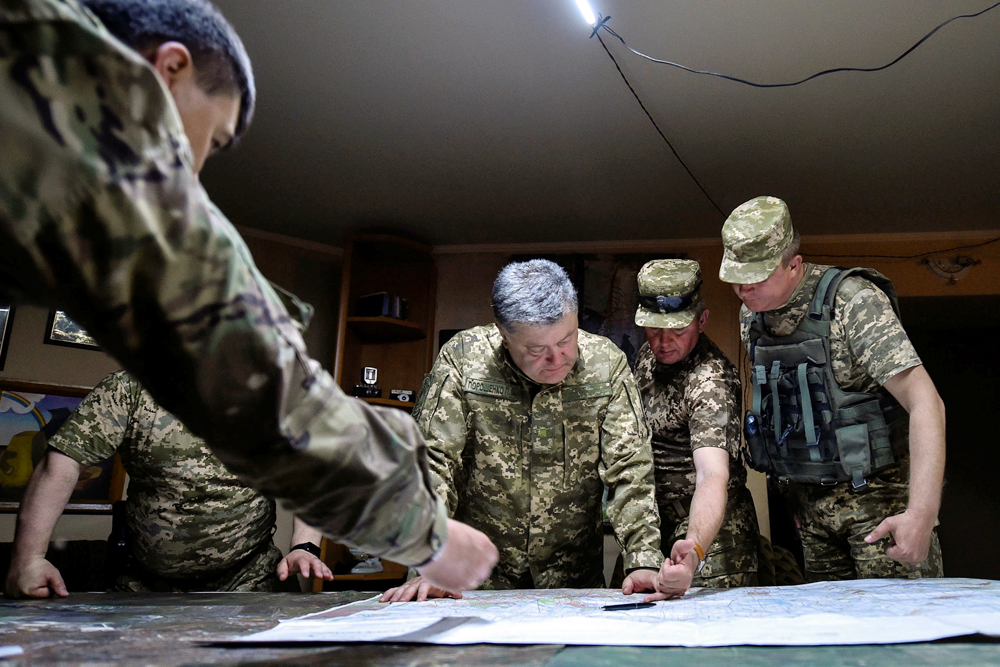 Reuters
Moscow has warned that Kiev is likely to launch a new offensive against supporters of the self-proclaimed republics in the Donbass region of eastern Ukraine. Russia is urging France and Germany to press authorities in Ukraine to prevent a potential renewal of violence.

With hostilities threatening to break out again in eastern Ukraine, Moscow has cautioned that Kiev could be on the verge of launching a fresh offensive against the self-proclaimed rebel republics of Donetsk and Luhansk of the Donbass region.

Grigory Karasin, Russian Deputy Foreign Minister, told the German and French ambassadors during a meeting with them on July 6 that heightened tensions in the Donbass indicate that Ukrainian troops are preparing for action. He cautioned that Kiev would to try to take back territory occupied by Russian-backed rebels as part of a two-year-old conflict with the central government in Kiev.

Karasin urged the two ambassadors, from two countries whose leaders, along with the presidents of Russia and Ukraine, form the four-party negotiating group to resolve the Donbass crisis, “to exercise their influence to put pressure on Kiev in order to prevent a military scenario…”

The situation in eastern Ukraine was the subject of a discussion between Russian President Vladimir Putin and his U.S. counterpart President Barack Obama in a telephonic conversation on July 7.

The Russian leader again made a similar appeal relating to the rebel regimes in Donetsk and Lugansk, which enjoy Moscow’s patronage. Obama asked Putin to “take measures to end the significant uptick in fighting in eastern Ukraine.”

Fears about a dramatic increase in hostilities in the Donbass have been voiced not only in Russia but also in Ukraine. Kiev linked this eventuality to the Kremlin’s desire to destabilize the situation in Ukraine as a whole and in the Donbass in particular. Ukraine's parliamentary speaker Andrei Parubiy said Moscow may be tempted to do so against the backdrop of “the U.S. election and the crisis in the EU.”

There is no doubt that tensions along the contact line in the Donbass have risen recently. According to media reports, over the past several weeks, reports of shelling in the region have risen by a third, while the OSCE is also reporting more frequent ceasefire violations.

At the same time, Russian analysts do not believe there are grounds to say that the Ukrainian military is preparing a large-scale offensive on the rebel-held areas of the Donbass.

Vladimir Yevseyev, deputy head of the CIS Institute said, “One should not be saying that Kiev is deploying a large number of troops.” Rather, he said, one could talk of acts of provocation staged by radicals (there are many fighters from volunteer detachments at the contact line known for their radical views) who are keen to see relations between Russia and the West deteriorate.

Viktor Murakhovsky, military analyst and editor-in-chief of the Arsenal Otechestva (Arsenal of the Fatherland) magazine, told RIR that he had no data to confirm that the Ukrainian side is preparing “a large-scale military action.”

Alexander Khramchikhin, deputy head of the Moscow-based Institute of Political and Military Analysis, pointed out that despite the lack of reports that Kiev is preparing an offensive, hostilities in Donbass have never really stopped and a real war “could flare up once again at any moment.”

Khramchikhin attributes this to the fact that neither side is satisfied with the status quo – both Kiev and the rebel regions would like to have more.

Russia continued its attempts to appeal to Germany and France on July 8, this time at a more senior level.

In a telephone conversation with German Chancellor Angela Merkel and French President Francois Hollande, Putin urged them to put pressure on Kiev to get the Ukrainian military to end “actions of provocative nature.”

Murakhovsky pointed out that “the Ukrainians from time to time use local operations to train their units, including with the use of heavy weaponry.”

This is particularly relevant for the volunteer battalions, he added, citing recent clashes near the key railway junction of Debaltseve, previously held by Ukrainian forces, but controlled by the rebels since February 2015.Two companies of Ukrainian government troops tried to occupy the neutral zone but were repelled and had to retreat, Murakhovsky explained.

“From the military point of view, the outcome [of that operation] was absolutely pointless,” he said.