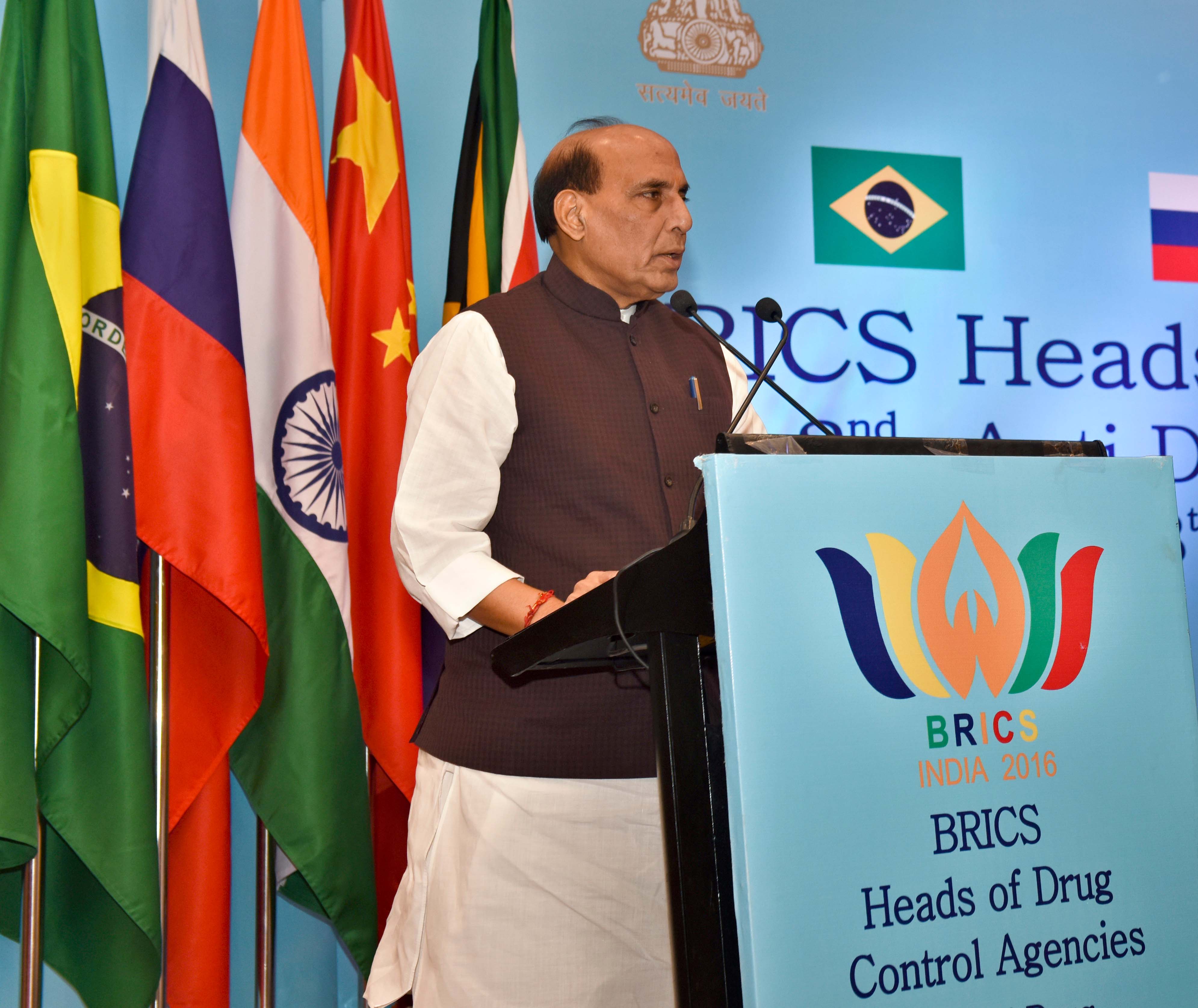 Getty Images
Perhaps the most active and relevant activity that BRICS actually does is to tackle the huge menace of drugs and narcotics smuggling worldwide. BRICS has been called a “talking shop of fading relevance,” but the initiative against drugs can bring it back centre-stage.

One of the most deadly challenges confronting the world today is that of drugs and narcotics consumption, and smuggling. It is widely acknowledged that the illicit narcotics industry fuels much of the terrorist activity worldwide. The latest United Nations data again shows Afghanistan as the largest producer of opium in the world. It is also the melting pot where terrorists of all hues, from Islamic State to Al Qaeda to the Taliban and numerous offshoots are fighting for supremacy.

When BRICS, which has been dismissed by some Western commentators as “a talking shop of fading relevance,” decided to jointly tackle the menace, it was “perhaps the most real and relevant activity” the bloc has undertaken, more so even than the BRICS New Development Bank, an official told RIR.

Ahead of the eighth annual BRICS Summit, due on October 15 and 16 this year, India hosted a meeting of the heads of anti-narcotics agencies to discuss issues related to narco-terrorism and money laundering among the member-nations.

Representatives of the five countries, Brazil, Russia, India, China and South Africa, met in New Delhi last week to find ways to tackle and curb the threat of drugs during a BRICS Anti-Drug Working Group meeting. The working group signed a protocol at the end of the day-long meeting, on July 8, adopting best practices and firming up closer cooperation.

These recommendations will be incorporated in “at least three or four paragraphs” of the joint declaration that will be adopted by BRICS leaders at the Goa Summit in October, an official told RIR.

India’s Home/Interior Minister Rajnath Singh inaugurated the Anti-Drug Working Group meeting. He said it was “the need of the hour that BRICS expanded its mandate to cover and discuss issues relating to trafficking of narcotics and the looming menace of narco-terrorism.”

Singh said India “attaches a lot of value to the BRICS as an Association of fast developing economies,” and the high-level meeting against drugs was a vital component of the initiative, especially since BRICS populations comprise such a large percentage of young people.

India assumed the presidency of BRICS from Russia on February 15 this year and will hold the chair till the end of the year.

Although the meeting of BRICS Heads of Anti-drug Agencies was meant to see high – level representation from all five countries, only Russia and China and the hosts India were represented at a suitable level.

Rajeev Rai Bhatnagar, Director General of the Narcotics Control Bureau (NCB), headed India’s delegation. Kiril Smurov, acting deputy of the Anti-Drug HQ of the Russian Ministry of the Interior came at the head of a two-member delegation from Moscow. They made a detailed presentation on the current situation and the ways to tackle the problem.

Guilherme S.A. Pereira, from the Brazilian embassy in India and three diplomats from the South African Mission, headed by the Deputy Chief of Mission Mabet Van Rensburg, represented their countries.

They discussed ways to enhance cooperation to effectively deal with and effectively monitor illegal narcotics transport happening between their nations.

The ‘eThekwani Declaration’, adopted at the 2013 BRICS Summit in Durban, South Africa, decided to explore new areas of cooperation among the member States, including drug related issues. They decided that the heads of anti-drug agencies of the five countries should meet regularly under the aegis of the BRICS anti-drug working group meeting.

The first anti-drug working group meeting of Heads of Drug Control Agencies of the BRICS was organized at Moscow in November, 2015.

The meeting organized by the NCB was the second such meeting of the Heads of Drug Control Agencies. Besides the delegates from the member countries, senior officers from the Indian Department of Revenue, Ministry of Social Justice and Empowerment, and Ministry of Health, along with the Directors General of Border Guarding Forces and the Paramilitary forces attended the inaugural session of the meeting, to provide a concerted, coordinated and holistic picture on how India was dealing with the problem. Heads of Indian Intelligence and Investigative Agencies like the Intelligence Bureau and the Central Bureau of Investigation were also part of some of the discussions, sources told RIR.

Bhatnagar highlighted how illicit fund flows are generated in the drugs trade, becoming a source of funding for anti national activities, money laundering and narco-terrorism. He stressed the need to disrupt this fund flow.

The participants also outlined the illicit cultivation of Cannabis plant, used for production of Narcotic Drugs, diversion and trafficking of precursor chemicals, illicit financial flows from drug proceeds, financing of terrorism, maritime drug trafficking and challenges and emergence of new psycho-active substances that pose a serious threat to health and safety, especially among youth, while undermining the economic, social and political stability and development of BRICS member states.

They decided to improve information exchange mechanisms on illicit trafficking of synthetic drugs and new psychoactive substances, including early detection of new psycho-active substances, maritime drug trafficking, diversion of precursors and controlled chemicals for manufacturing of illicit synthetic drugs. Capacity building and training of personnel of enforcement agencies and on rehabilitation of addicted persons was another key focus.