Will the coup attempt in Turkey hit Moscow-Ankara ties? 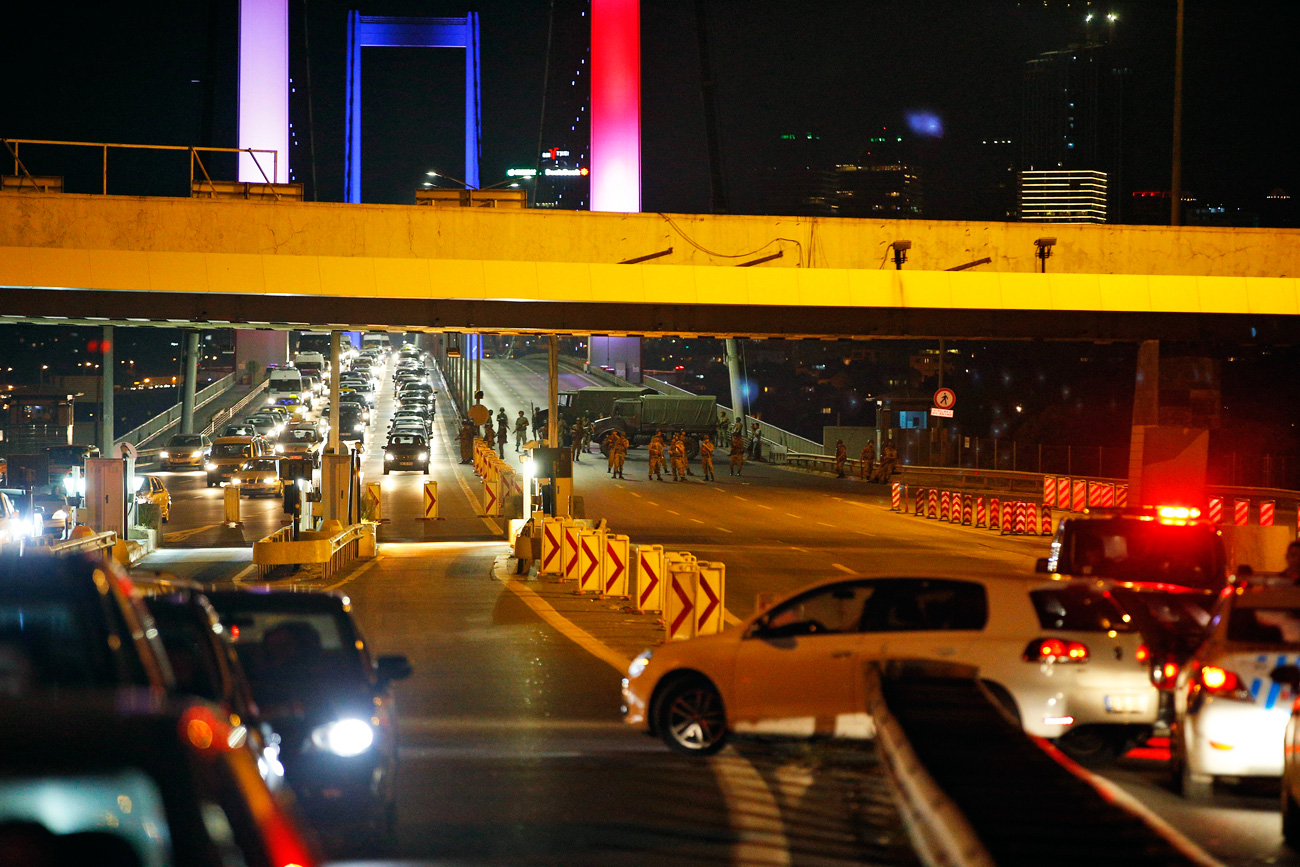 AP
Analysts are divided on what effect the failed coup to overthrow Turkey’s government, by some members of the armed forces, will have on Russia-Turkey relations.

A section of Turkey’s military attempted a coup late on July 15. In Ankara, a rebel faction of the armed forces seized helicopters and carried out several strikes against government buildings while in Istanbul, the plotters closed off bridges across the Bosphorus and broke into offices of leading Turkish media organizations; TRT TV channel and the Dogan Media Group, which owns the CNN Turk TV channel, and leading opposition newspaper Hurriyet.

Over 290 people were killed and hundreds injured in the attempted coup.

A group of officers from the country's military police and air force organised the attempt to seize power, Umit Dundar, the acting chief of General Staff declared. Over 2,800 people have been arrested on suspicion of taking part in the attempted coup d'etat.

While the international community condemned the attempt to seize power in Turkey, Moscow was more restrained in its reaction, with no outright condemnation of the coup bid.

Dmitry Peskov, the Kremlin press secretary, expressed concern at the developments in Turkey, saying Russia was keen to see events unfolding in Turkey end “in a legitimate way as soon as possible,” and hoped Turkey would “return to the path of stability, predictability, and law and order.”

Peskov went on to add that Russian President Vladimir Putin had not been in contact with either side of the conflict. There has been no reaction from Putin himself.

“What happened shows that there are strong and deep divisions inside Turkish society and the armed forces, which were manifested in these events,” Medvedev said.

Turkish President Recep Tayyip Erdogan apologized to Moscow at the end of last month for the downing of a Russian plane on November 24, 2015, which set off a seven-month-long crisis in Turkish-Russian relations.

After the apology, a process to restore relations was launched: Putin and Erdogan held their first telephone conversation since the November incident, and the leaders agreed to meet in the near future. Restrictions on Russian tourists wishing to travel to Turkey were lifted.

“Generally, the situation should not have a negative effect on Russian-Turkish relations,” said lshat Sayetov, head of the Centre for Contemporary Turkish Studies.

“The country is headed by a leader who has expressed a clear intention to restore relations. However, the overall instability in Turkey – terrorist attacks, semi-coups, polarization of society and so on – is, of course, not beneficial to the two countries’ relations,” said Sayetov. “The concentration of all power in the hands of the Turkish president increases the risk of ill-judged decisions, and the Russian authorities will be taking this into account,” he said.

A similar view was voiced by Yury Mavashev, a Middle East and Turkey scholar and analyst from the Caucasus Geopolitical Club.

“The seven months of the Russian-Turkish crisis could not but influence the opinions of a certain section of Russian society,” said Mavashev. “To wit, in the first hours of the coup attempt, some members of the Russian expert community were inclined to take a positive view of what was happening. It was suggested that the coup had deep-lying causes and reflected the pressing issues of Turkish society. These estimates show that the Russian public are not yet fully convinced that, given its previous mistakes, Turkey’s leadership indeed seeks to take relations to the appropriate level,” he said.

A more optimistic view came from Kerim Haas, a specialist on Eurasian politics at the International Strategic Research Organization, an independent think-tank in Ankara. In his opinion, these developments will give an impetus to normalizing relations with Moscow.

“The country’s leadership will start to pursue a more independent policy aimed at strengthening security in the country. The downside will be a drop in the number of Russian tourists and a delay in the lifting of Russia’s economic sanctions,” said Haas.

Hasan Oktay, a Turkish analyst and head of the Ankara-based Caucasus Strategic Studies Centre, predicted that the developments in Turkey would not have a negative effect on relations with Russia.

“The attempted coup failed. The plotters have been arrested. Democracy has triumphed,” he said.