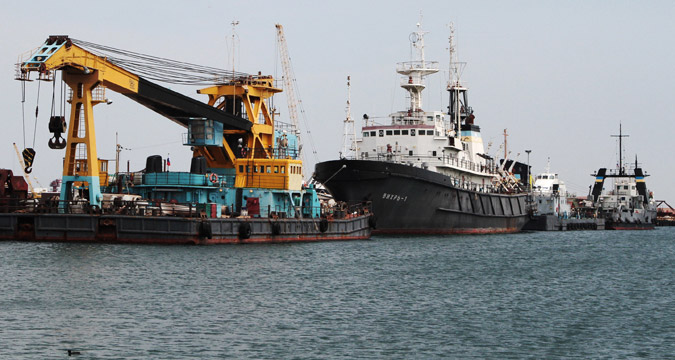 Alexei Pavlishak/TASS
Alexander Zhilkin, Governor of Astrakhan, has proposed that Russia, Iran and India create a unified transport and logistics company to operate along the ‘North-South’ corridor. He put forward the proposal during his visit to Tehran.

Alexander Zhilkin, Governor of Russia’s Astrakhan Region, proposed during his visit to Iran that Iran should support the idea of forming a unified international operator for the "North-South" transport corridor and define the freight forwarding company authorized by Iran.

If India agrees to the idea, Russia and Iran propose to create a unified transport and logistics company. This would ensure that the representative of each of the countries would be responsible for their link in the overall structure of the corridor.

The press service of the Astrakhan governor said that Zhilkin, during his visit to Tehran (Iran) met with the leadership of the National Iranian Oil Company and with Mojtaba Khosrowtaj, Iran’s Deputy Minister of Industry, Mines and Trade.

“If a single transport and logistics company is created, we can predict an activation of cargo on the route Mumbai (India) - Bandar Abbas (Iran) - Caspian Sea - Astrakhan (Russia) and back,” the press release said as an outcome of the meeting.

The meeting also discussed the use of Astrakhan’s "Olya" port capacity to import Iranian goods in Russia through Astrakhan, and the opening of an Iranian trading house in Astrakhan.

The governor of Astrakhan also asked Iran’s deputy minister Khosrowtaj to adequately advertise the direct Tehran – Astrakhan flight, and to allow tickets for that flight to be sold on the Internet. He also urged that Iranian travel agencies be informed about the readiness of the Astrakhan region to receive groups of Iranian tourists both in Astrakhan and with subsequent tours around other parts of Russia.

Based on materials from Jilkin.ru.