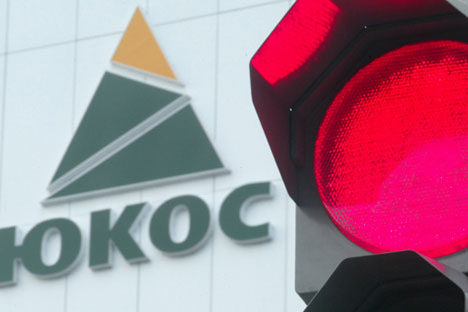 An official says he has not seen the court's decision yet.

Former shareholders of Yukos have revoked a lawsuit against Russia in an Indian court, General Director of the International Legal Protection Center Andrei Kondakov told TASS.

Kondakov represents interests of Russia in the dispute.

"Today we have received information that the Yukos claim in India will be withdrawn," he said.

Kondakov said that he has not seen the court's decision yet, but referred to the statement the representatives of the former shareholders made at the meeting in the Indian capital.

"At today's court hearing in New Delhi Yukos lawyers said that they will withdraw their claim," Kondakov said.

In 2014, the international arbitration, established under the mediation of the Permanent Court of Arbitration in The Hague, ordered Russia to pay about $ 50 billion to companies Yukos Universal Limited, Hulley Enterprises Limited and Veteran Petroleum Limited, which were shareholders of the bankrupt Russian oil company Yukos. The court concluded that the actions of the Russian Federation in relation to Yukos can be seen as the expropriation of investments that violates the 45th article of the Energy Charter, which Russia signed but not ratified.

Russia appealed to the District Court of The Hague

On April 20 of 2016, this court declared decision of the international arbitration null and void and freed Russia from obligations to pay $50 bln.

On July 27, the Supreme Court of Berlin said that the lawsuit filed by one of the former shareholders of the Yukos oil company to a German court against Russia had been revoked and the hearing scheduled on September 29 had been canceled.

Several days earlier former Yukos shareholders gave up their claim for a land plot in Paris where the construction of the Russian cultural and spiritual center is being completed.