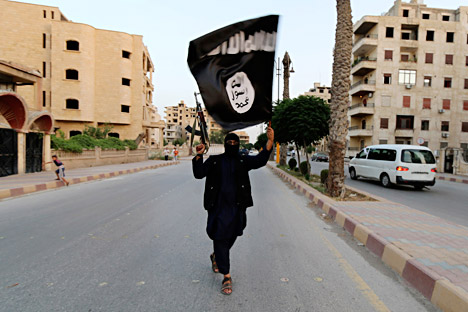 A string of countries with a track record of domestic upheavals and occasional spasms of aggressive foreign policy lie along Russia’s peripheries. How real are the threats in Central Asia, Iran, Turkey, China and Ukraine? Do they pose a security threat to Moscow?

Apart from the NATO countries to the west of Russia, Moscow has to take due account of the upheavals in the other nations with which it shares borders, since some of them are part of the  “arc of instability” while others remain in a permanent state of “transition” that entails turmoil, chaos and outbursts of violence.

Scanning the surrounding area, what comes into view are Turkey, Iran, Islamist groupings in Central Asia, China and Ukraine.

Given that Russia-Turkey relations have resembled a runaway roller-coaster in the last eight months, is there a risk that one nasty day the bumpy dialogue might be abruptly ruptured and we would be back to ground zero?

“It’s possible” was the answer provided for RIR by Vadim Kozyulin, a senior research fellow at the PIR Center, a Moscow-based independent think tank, who chose to highlight two arguments.

“The ideology of Pan-Turkism, epitomized in the idea of the Great Turan, implying the unity of all Turkic peoples, has always been the foreign policy lining of many governments in Ankara. It has not vanished. It might end up on top of the agenda. It means it is advisable to view alliances with Turkey as tactical. Turkey might be a great friend at one time and a great foe another day.”

“Not so long ago, as some remember, Erdogan was accused of smuggling oil stolen by ISIS and supporting international terrorists. Well, I would say that we are successfully competing with the Turks in terms of being unpredictable,” said Kozyulin.

What about the new ambitious regional leader, the de-sanctioned Iran? Is it a potential threat?

“The Soviet Union was once labeled the “Little Satan” in contrast to the “Big Satan,” that is the United States. Our relations throughout the ages were not necessarily friendly, but we are not overburdened by historical grievances and unmanageable differences. We do not share a common border. This helps, probably. I do not see any immediate risks in the possible evolution of the regime in Tehran.”

No risk at all?

“We might face setbacks in economic cooperation and trade if Iran re-establishes ties with Western businesses. We might lose the lucrative contracts in constructing or upgrading nuclear power plants. The young generations of Persians might be looking to the West for inspiration. But,” said Kozyulin, “nothing really detrimental to bilateral relations exists.”

Jihadists are here to stay

The security threat from various Islamist groupings like Al-Qaeda, Jabhat al-Nusra, Ahrar al-Sham, Taliban and, above all, Islamic State of Iraq and Syria (ISIS) – or Daesh, as it is also called – cannot be underestimated, despite the fact that on the battlefield in “Syraq” they seem to be retreating and only biting back in despair.

For Russia, the spread of aggressive religious fundamentalists present a serious challenge because it might destabilize the nations of Central Asia. The leaders of these post-Soviet republics still maintain a high level of political and economic interaction with Moscow, with hundreds of thousands of migrant workers from the region having found temporary or permanent jobs in Russia.

Attempts by radical groups to either partition these republics or seize power in any of them would be totally unacceptable for Russia as well as other neighbours like China. The routine scenario envisages a spillover of Islamists from Afghanistan, where some Taliban warlords have already sworn allegiance to ISIS.

Yet, the likelihood of such a scenario is dismissed by Ivan Konovalov, a military expert and director of the Moscow-based Centre for Strategic Trend Studies, who points to a challenge emerging not from the outside but from the inside.

“For the moment, the talk of a danger of ‘Daesh’ or Al-Qaeda taking over Afghanistan and using it as a stronghold to launch an offensive against the Central Asian republics is misleading. The countryside in Afghanistan is in the grips of prolonged tribal feuds. Extremists are disunited. ‘Daesh’ can hardly serve as a unifying force,” said Konovalov.

“Having said this, it should be noted that in many Central Asian states there is a security risk linked to local religious and non-religious extremists. In the last years Kazakhstan, for instance, has witnessed several probing attacks. Should the national leader lose control over the situation, things might turn sour and the extremists would attempt to capitalize on the opportune moment. Turmoil in Kazakhstan might ignite the whole region, and then the Islamists from Afghanistan might well intervene.”

Would this force Moscow to get involved to bring things to order?

“Definitely,” Konovalov opined. “We have a contingent of military personnel in Tajikistan and Kyrgyzstan. But this level of Russian military presence in the region is too small to be the decisive factor in stabilizing the situation. Moscow would be compelled to send in reinforcements.”

Do you not see expediency in putting up defences before the possible outbreak of hostilities?

“This is being done. The military operation conducted by Russian armed forces in Syria is a preventive measure aimed at containing the spread of the Islamist militants throughout the Middle East and further on. If Damascus had fallen [as was forecast in the Spring of 2015], it would be difficult to fight an ISIS emboldened by its gains, having seized the potential of a whole country.”

“Moreover,” Konovalov continued, “the phenomenon of radical Islamism is deeply rooted. It is determined by powerful social and economic factors in what was once known as the Third World, like poverty, illiteracy, epidemics, sky-high unemployment among young people, class and clan-based societies, the incompatibility of religious dogmas with modernity, and so on.”

Coming to the delicate issue of Russia’s “strategic partnership” with Beijing, is it as solid as it looks?

Kozyulin had this to say to RIR: “It’s noteworthy that Moscow has never delivered its most sophisticated weaponry to China. Apparently, this is due to the apprehension it might be used some day against us. The relationship between the two nations has changed drastically during the lifetime of two generations. But nothing is eternal. Suppose China makes it to the top as world leader in GDP and the United States comes to terms with this new reality and accepts it. Then Russia might find itself a fifth wheel, the odd man out.”

This wouldn’t automatically spell trouble for Russia, would it? This is not a security threat.

“We shouldn’t forget that there are nationalists of some kind in China who articulate demands for the ‘return’ of large patches of Russian territory. If China stumbles into internal conflicts, social and regional, politicians of extremes could grasp power. It happens,” Kozyulin said.

“Creating an external enemy would be a self-serving method to channel people’s frustration and wrath. I know that American academics have studied the existing and theoretical controversies between China and Russia to be applied for utilitarian purposes. Besides, in troubled times, there could be a flood of refugees fleeing humanitarian catastrophe in this populous country. A spillover into Russia would be inevitable.”

If ultra-nationalists take over Kiev

Analyzing all the possible security threats, it is also necessary to assess the possibility of a military coup d’état in Kiev, with ultra-nationalists coming to power. Due to their Russophobe ideology, they might be prone to military adventures.

“These units are to be deployed in the western and south-western regions. This is presented as a response to the NATO build-up on its eastern frontiers close to Russia. My take is that it also serves the purpose of having the counter-potential if aggressive nationalists come to power in Ukraine and engage in provocative actions,” said Konovalov.