Non-implementation of Minsk accords cause of Russia-Ukraine tensions 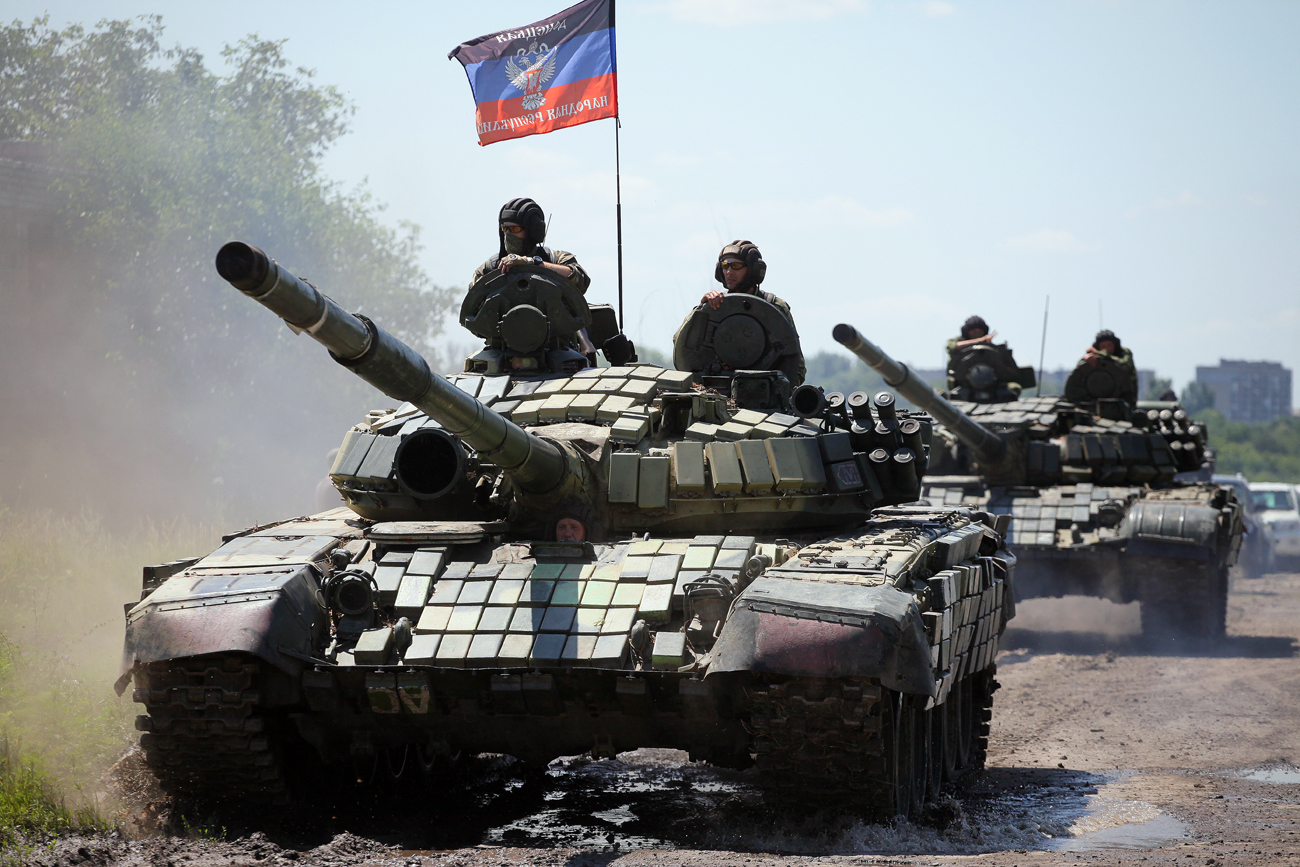 Mikhail Sokolov / TASS
The apparently dormant strife in Ukraine has suddenly exploded again, with reports of a Ukrainian incursion into Crimea, which Kiev denies, and renewed fighting in the east. The question is, "why now?"

Before this week, the consensus held that the Ukraine war had become a ‘frozen conflict.’ With that in mind, media and political figures turned their backs on the story and coverage was muted, except for OSCE reports from the frontlines. “Out of sight, out of mind,” was the overwhelming attitude.

All that has changed now and the reason is simple. The “Minsk 2” agreement is not implementable in its present form, a fact about which all sides are fully aware. As a result, everybody is jockeying for position ahead of attempts to find a final resolution, which is likely to happen next month.

It is quite clear that the Kremlin desires an outcome where its right to a “sphere of influence” in Ukraine - and other non-NATO former Soviet states - is respected. With that in mind, rhetoric from Moscow has attempted to paint the government in Kiev as incompetent, corrupt and unable to solve the country’s myriad problems. The Putin administration appears to be insisting that western powers cut a deal directly with it, by-passing the Ukrainian authorities.

Viewed from Kiev, things are very different. Leaders there are terrified that foreign support is drying up. They hear European countries speak of cancelling anti-Russia sanctions and calling for improved ties with Moscow. They are also aware of growing questions about US foreign policy in Europe, led by Republican Party presidential-candidate Donald Trump. Ukraine’s biggest fear is that the west trades influence there for Russian cooperation in other disputes, like Syria. Should that happen, they can largely blame themselves for repeated failures, since the 2014 ‘Maidan,’ to get a grip on the rampant corruption in the country.

Other parties to the conflict are the East Ukrainian rebel militias who currently hold, de facto, power in Donbass and Lugansk. Their concern is that Moscow may trade its support for them if Kiev and the West recognise Russian jurisdiction in Crimea. Restoring those provinces to Ukraine will be fraught with difficulty, especially after the Ukrainian military has been responsible for shelling the local population over the past two years.

To understand why “Minsk Two” cannot work, we need to remember the circumstances in which it was signed. Kiev’s army had been routed at Debaltseve in February 2015, and Ukraine’s leaders were scrambling to find a swift agreement to end the fighting. President Poroshenko, in desperation, signed a deal that he cannot implement because he doesn’t have sufficient control of his parliament to pass the necessary legislation. At that time he had promised that Kiev’s Rada would pass a resolution, allowing “temporary Order of Local Self-Governance in Particular Districts of Donetsk and Luhansk Oblasts” before 13 March, 2015, setting the scene for local elections in the disputed regions.

A full 17 months later, Poroshenko hasn’t moved a muscle because the outcome of those polls would probably result in the collapse of his government. Another problem is the provision in "Minsk Two" for an amnesty regarding crimes committed during wartime, which influential Ukrainian nationalist groups simply won't accept. The rebels in Donbass and Moscow probably aren't too keen on article nine, which states that they need to restore control of the state border in the entire conflict zone to the Ukrainian government. That, however, does not need to happen until the day after the elections, which don’t seem likely to ever take place.

Poroshenko signed an agreement in Minsk on which he cannot deliver. He knows it and Russia is also fully aware of his predicament. That means the only hope for his administration is to make foreign leaders believe that Russia is responsible for all the problems in his country and that it represents an imminent danger to Ukraine, and maybe other parts of Europe too.

In Moscow’s case, the current sabre-rattling is probably a show of force, designed to concentrate western minds on what Russia is capable of if pushed. Nevertheless, at a time when Putin has invested huge efforts in trying to restore relations with the west, it’s unfathomable that he’d now ruin his political capital by making a grab for Ukrainian territory.

The surprise firing of Putin's Chief of Staff, Sergei Ivanov on Friday suggests that the Kremlin is serious about mending fences. Ivanov was considered the most important ‘silovik’ in the Russian government, and was regarded as a hardliner on Ukraine. In comparison, his successor Anton Vaino is a 44-year-old former diplomat with no track record in the military or special services. That in itself suggests that the ‘civilians’ are starting to win the argument in Moscow.