Goa gets ready for BRICS summit 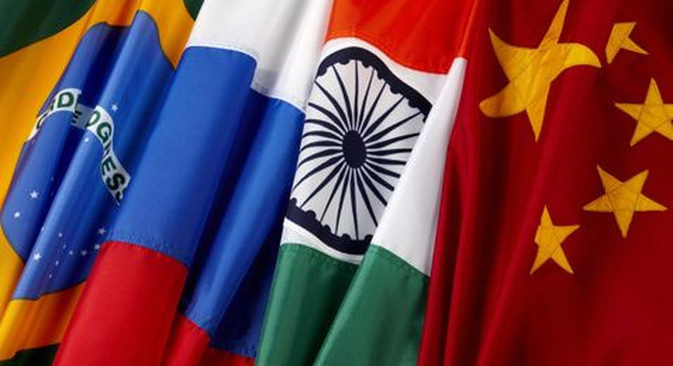 PhotoXpress
The Indian foreign ministry has informed the Goa state government that more than 900 foreign delegates and officials will arrive in Goa prior to the BRICS summit being held there on October 15 and 16.

As the series of (close to 50) meetings in the run up to the BRICS summit come to an end, the focus is shifting to Goa, where arrangements are in full swing to ensure that the summit is a productive one.

Close to a thousand senior delegates, officials and ministers are expected to arrive in Goa in the second week of October, for the senior officials’ meeting, followed by the meeting of foreign secretaries and foreign ministers of the five countries, prior to the BRICS (Brazil, Russia, India, China and South Africa) summit, just before the heads of state arrive for their meeting. The state of Goa, on India’s west coast, will host the BRICS summit on October 15 and 16.

The Indian Ministry of External Affairs (MEA) has informed the host state to expect a total strength of 800 to 900 foreign delegates, comprising representatives from Russia, China, Brazil, South Africa and India for the two-day event. Russia and China are each expected to send 300 delegates for the 8th BRICS summit.

To get ready for the event, Goa is busy paving roads and ensuring the road infrastructure is of world standards, while the state is also investing in beautification of places of interest, to promote itself as a major tourist destination during the summit.

Chinese Foreign Minister Wang Yi visited Goa on August 12 to acquaint and familiarise himself about the facilities and arrangements in Goa. He then visited New Delhi for discussions with his counterpart, India’s External Affairs Minister Sushma Swaraj, to ensure that differences between the two countries on a variety of issues do not have any negative impact on the BRICS summit.

China said its Foreign Minister discussed with the Indian leadership how to make the G20 summit in Hangzhou and the BRICS summit in Goa successful besides carrying forward the consensus reached by both nations to enhance mutually beneficial cooperation.

“As the two largest developing countries and emerging markets, China and India will respectively hold the G20 Hangzhou Summit in September and the BRICS Summit in October,” Foreign Ministry spokesperson Hua Chunying said in a statement.

In recent weeks, India has blamed China for blocking its entry into the Nuclear Suppliers Group and for not being adequately vocal in curbing terrorist activity from Pakistan.

Wang also personally invited Prime Minister Modi for the G-20 summit due to be held in Hangzhou in China on September 4 and 5. President Putin is among the leaders who will attend the G-20 summit.

An informal meeting of the five BRICS leaders is also likely to be held on the sidelines of the G-20 summit, a Chinese spokesperson confirmed, before their formal meeting in Goa.

“Basically, we are trying to get information on the number of aircraft that would land or if some of them would use hangar or airport-apron area to park overnight. As soon as their number and duration of stay is known to us, we will be able to make suitable arrangements,” an official source from the Indian Navy told the Indian Express.

Among the last official and meetings held before the summit was the BRICS Development Partnership Administrators’ Meeting, which successfully concluded on August 7, 2016 in New Delhi.

Member states “shared knowledge on their best practices and the challenges to be approached and mitigated through policy actions in this field and deliberated on promotion of cooperation among themselves in line with their national priorities,” the MEA press release said. “Besides, they exchanged views on the emerging global development architecture. Participants also interacted with members of the Forum for Indian Development Cooperation (FIDC).”

While India readies to host the BRICS summit in October, Shakti Sinha, a former bureaucrat and head of a think tank considered close to the ruling BJP, has raised doubts on whether BRICS as a grouping would be able to lead the global way, given the backdrop of tensions that exist between India and China.

“While many talk about the success of BRICS, it is a fact that it has not been able to resolve the tension between two of its countries – India and China. This (tension) still exists, even though it has managed to bring both the countries on a common platform,” said Sinha, while speaking at a seminar on ‘BRICS-upon-BRICS for a stronger BRICS – Challenges and Opportunities’.

Sinha, however, also said BRICS plays a pivotal global role as “no one country can alone respond to impacts of globalisation”.