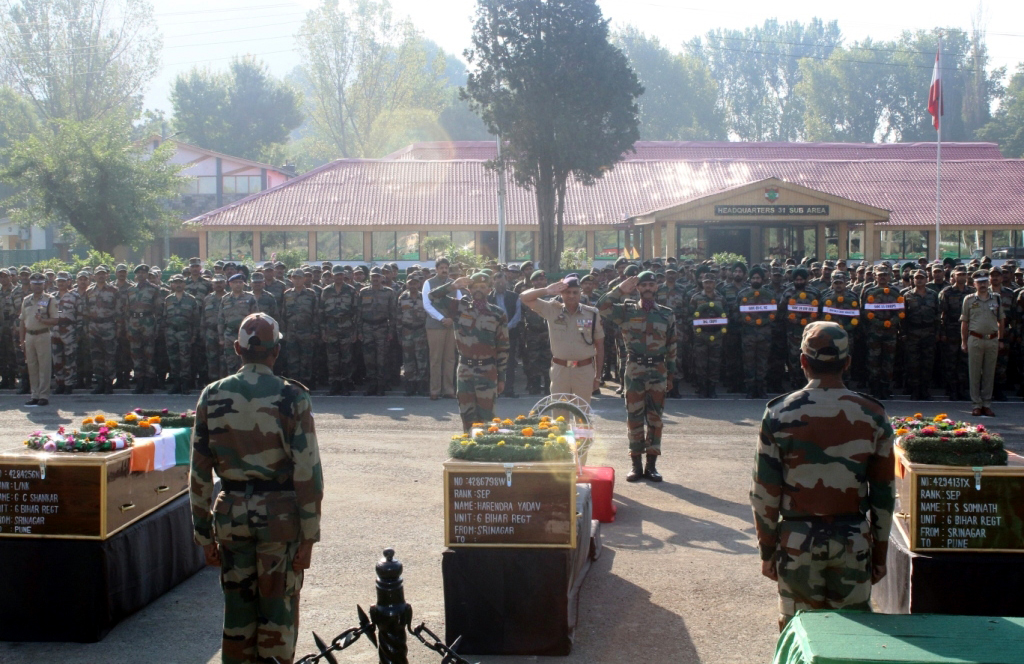 EPA
Moscow expresses concern that base was attacked from Pakistani territory.

The Russian Foreign Ministry has strongly condemned the September 18 attack on an army base in Uri, India, which claimed the lives of 18 Indian soldiers.

“We strongly condemn the terrorist attack against an army base in Jammu and Kashmir’s Uri in the early hours of September 18, which killed 17 and injured 30 service personnel. We offer our condolences to the families of the victims and wish a rapid recovery to all those injured,” the Russian Foreign Ministry said in a statement.

Rajnath Singh postpones visits to Russia, US after Kashmir attack

“Regarding the Pathankot Indian air base attack in January 2016, we are very concerned about the terrorist attacks near the Line of Control,” the ministry added. “We are also concerned about the fact that, according to New Delhi, the army base near Uri was attacked from Pakistani territory.”

Russia called for a proper investigation. “We believe that this criminal act will be investigated properly, and that its organisers and perpetrators will be held accountable,” the ministry said. “We confirm our continued support for the Indian government’s counterterrorism efforts.”