India, Pakistan may get new status at SCO in 2017 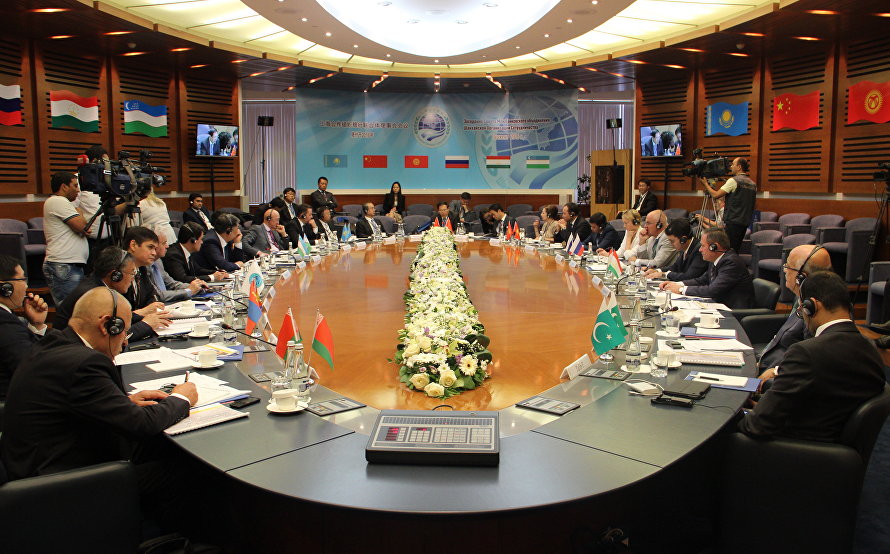 SCO leaders approve signing of memorandums on obligations for India and Pakistan to join SCO.

sectsco.org
Full membership of the Shanghai Cooperation Organization (SCO) could bring a host of benefits for India and Pakistan.

India and Pakistan may get a new status at the Shanghai Cooperation Organization (SCO) at a regular summit of the leaders of the SCO member states in Astana in June 2017, Russian Foreign Ministry spokeswoman Maria Zakharova said on Thursday.

"The expansion of the composition of the SCO participants is one of the priority and influential instruments of raising the role of this regional structure, expanding its political and economic potential," the diplomat said.

"The organization’s growing prestige is evidenced by a substantial package of applications for joining it in one or another quality," she added.

The decision was made at a meeting of the Council of the SCO Heads of States in Ufa in 2015 on starting the procedure of admitting India and Pakistan into this association, Zakharova said.

A new important step was made at a summit in Tashkent where memorandums of the commitments of the Indian and Pakistani sides were signed for the purposes of gaining full-fledged membership, she noted.

"This process is proceeding consistently. There are grounds to believe that these two countries will get a new status at a meeting of the SCO leaders in Astana in June," the Russian diplomat said.

The Russian Foreign Ministry spokeswoman also said that "since 2005 Iran has been actively participating in the SCO process as an observer and it has long been expecting a decision on its application that was filed back in 2008."

"After the adoption of the Joint Comprehensive Plan of Action in Geneva in July 2015 on settling the situation around the Iranian nuclear program, all juridical barriers were removed on the way of Tehran’s SCO membership," Zakharova said.

"Another candidate is Afghanistan, which filed an application for the membership in the organization in accordance with the established procedure last year," the diplomat said.