Service up in the air: Flying the ‘friendly’ Russian skies 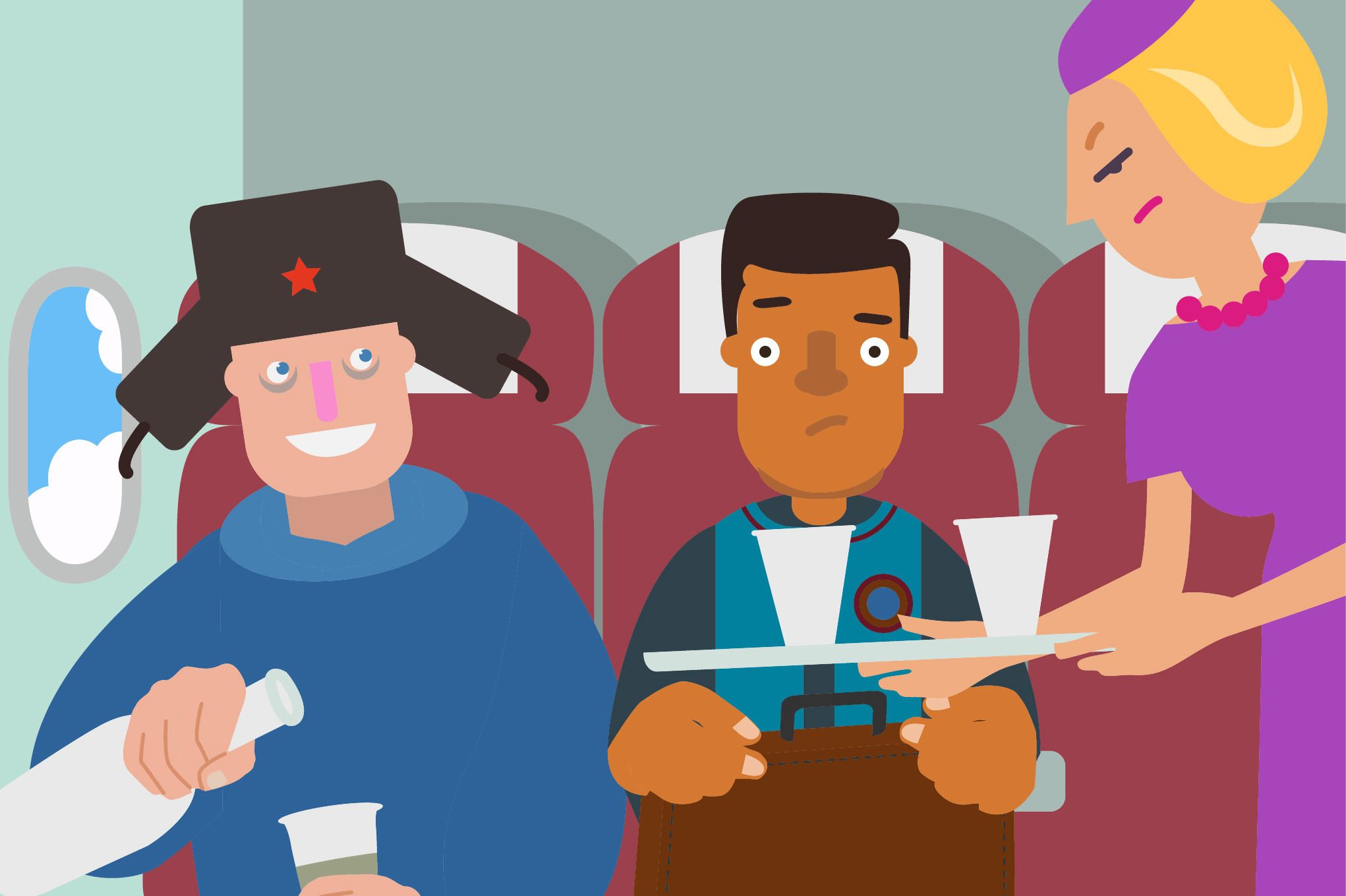 "Just as he was about to pour some vodka into a paper cup provided by the airline, the stone-faced air hostess came charging towards us and looked like she was ready to pounce on him."

Alena Repkina
For one Indian journalist, travel by plane in Russia offers experiences that cannot be found on airlines anywhere else in the world. From hospitality that can’t be refused to stony-faced attendants and colorful interaction between passengers and crew, there’s rarely a dull moment when flying on Russian airliners.

After living in and out of Russia for almost 14 years, little about the country surprises me anymore. There was a time when I’d get stared at in the outskirts of Moscow for my obviously visible foreign appearance. Nowadays I could even be in a smaller town in the Kamchatka Territory (in the Russian Far East) and I wouldn’t get a second look from anyone. Russia and I have gotten used to each other. It’s only when I fly in Russia or even into the country from abroad that I witness something that surprises or at times, shocks me.

Two months ago I flew into Vladivostok from Hong Kong on a Russian airliner. Of course, I didn’t expect the best service on earth but then after being greeted with smiles and politeness on my connecting flights with Asian carriers (artificial as it might have been), I wasn’t ready for what was on tap. A reasonably pretty but stone-faced air hostess near the door said good evening to me in English and when I replied in Russian her eyes showed some sort of displeasure! Had I erred in exercising my Russian skills? I could tell that there would be some interesting moments on my four-hour flight. 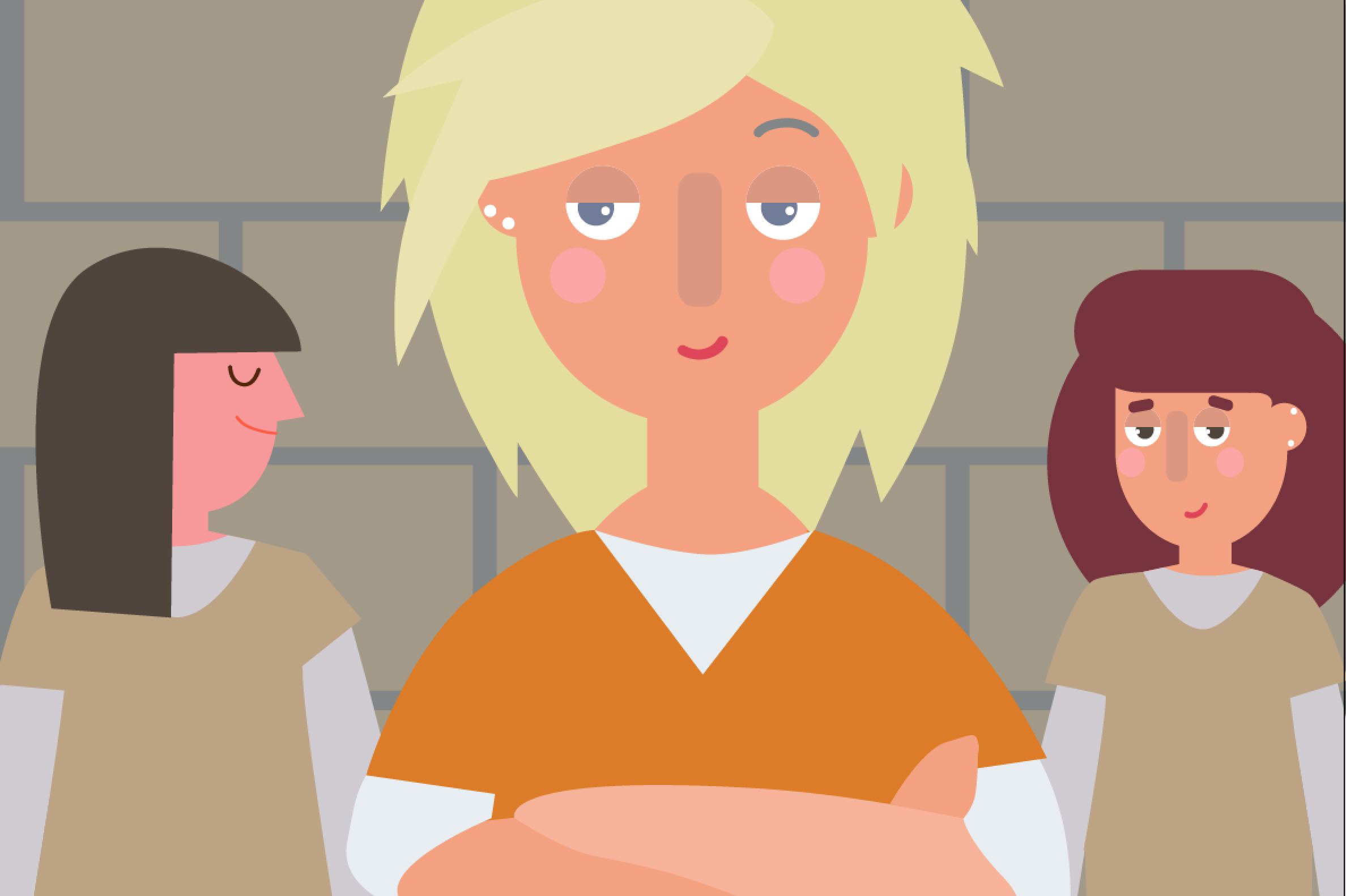 Red is the New Black: Seeing Russians as they really are

In keeping with Russian regulations, the airline did not serve alcohol and prohibited the consumption of alcoholic beverages on board, but that didn’t stop my neighbor, an engineer working in Hong Kong, from attempting to mix a cocktail with vodka that he had bought from a duty-free shop.

When I politely declined to drink with him he asked me whether I was a Muslim or had any religious beliefs that stopped me from drinking. I told him that I only feared dehydration and nothing else. He then told me that I was a guest of his country and that I would insult him and Russia if I didn’t accept his hospitality. Just as he was about to pour some vodka into a paper cup provided by the airline, the stone-faced air hostess came charging towards us and looked like she was ready to pounce on him.

“Young man, alcohol is strictly prohibited,” she yelled. “Oh come on, we’re just going to have a little,” he replied. She then threatened to report us to the police in Vladivostok! As a law-abiding person, the last thing I wanted to do was to get in trouble on landing in Russia. My neighbor agreed reluctantly, but as soon as “Stoneface” left, he poured the vodka. She came back with a vengeance! “Young man, I warned you!” After a look that could kill she walked off without taking any action. Round one to went my neighbor. He laughed it off and said he knew all the airport police officers in Vladivostok anyway!

When it was time for the meal service, I was asked if I wanted beef, fish or chicken. I said I had pre-ordered a vegetarian meal. Stoneface said I could either take these options or not eat. I reluctantly took the fish and when I was just about to open the package, she came with a vegetarian meal and when I said, “no, thanks,” she responded with another look that could kill. “You asked for it!” When I offered to return the unopened fish, she said: “Eat them both!”

Now I know that Russian hospitality calls for feeding guests well, but this was taking things too far!  My neighbor, who was a few cocktails down by then, decided to eat the fish. “I’m a big Russian man, I need to eat more,” he said. I happily agreed, as this would help me escape the wrath of Stoneface.

Maybe Stoneface did find my politeness endearing! I managed to get half a smile out of her when I left the aircraft.

You have to feel for cabin crew members in Russia. They tend to be a bit more stressed than their counterparts in other countries. A few years ago on a flight from Yuzhno-Sakhalinsk to Khabarovsk, I witnessed the kind of scenes that I wouldn’t see elsewhere.  I was on an Antonov AN-24, which is a small twin-seat turbo prop aircraft. 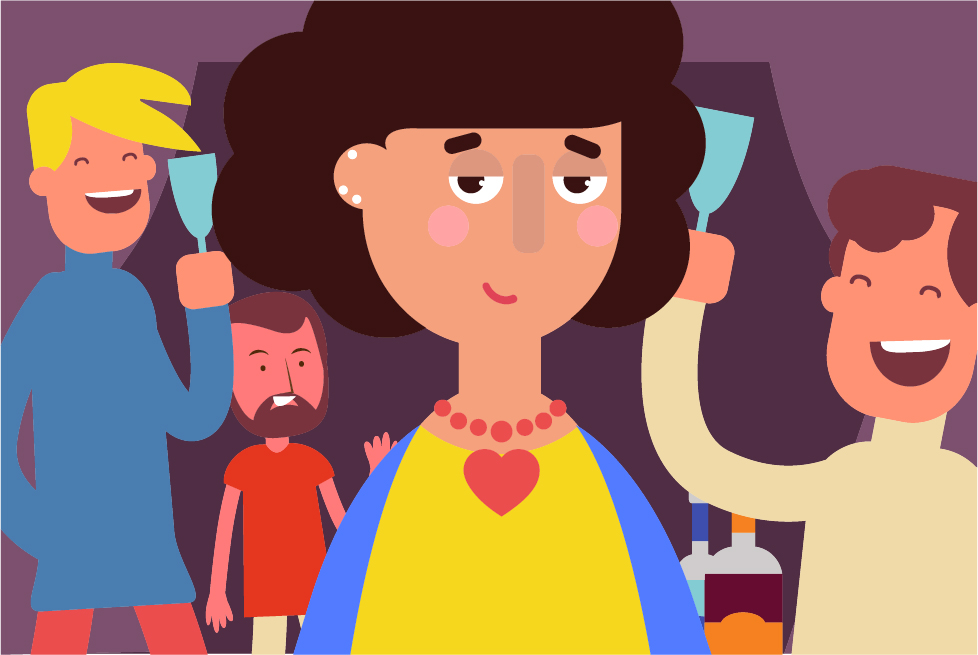 Soviet grandma Nina knows an Italian when she sees one

The plane did not have a public address system so the lone air hostess on board had to loudly explain the safety procedures. Two men, who seemed to be in a particularly good mood, started clapping and shouted: “Well done, young lady!”  The air hostess slammed the demonstration seat belt on a vacant seat and walked off without finishing!

There would be tension on aboard the cold aircraft. When she came to serve refreshments, the two men tried to humor her to little avail. The temperamental air hostess decided that enough was enough and poured some tomato juice on one of the men! I expected a brawl on board but the macho men wouldn’t raise a finger against a woman!

I once did witness an actual crew vs. passengers brawl on a flight between Khabarovsk and Novosibirsk. This was well before the days that alcohol was banned on board. And yes, the brawl was over the crew’s refusal to serve extra glasses of wine on the flight!  Such incidents were common a decade ago, but you rarely read about them these days.

The service culture is improving across Russia and some Russian airlines that fly to Europe and Asia are also ensuring that their crew members are well trained, but it is still fun to get a taste of good old Soviet service on some Russian airlines. Even if the planes have no in-flight entertainment, you’re hardly likely to get bored.

Ajay Kamalakaran is RBTH’s guest editor for Asia and India. His book of short stories, “Tales from Sakhalin Island,” will be published by Times Group Books in March 2017.