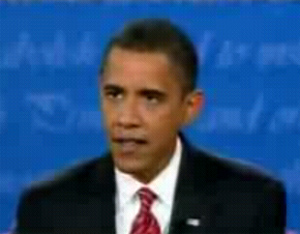 In the opinion of the columnist Vladimir Frolov, the Russian President Dmitry Medvedev would rather deal with Obama. Frolov supports his line of reasoning with an imaginary letter.

Russian President Dmitry Medvedev went to Evian, France, last week to describe his vision of what needs to be done by governments around the world to stop the financial crisis that originated in the United States. Although Medvedev spoke before a largely European audience, the real addressees of his tough-love message were in Washington. Medvedev criticized Washington's economic policies and decried what he called the "economic egoism of one country." This has been the theme Medvedev has been hitting of late with enviable regularity.

I thought it might be worthwhile for Medvedev to communicate his message directly to Washington. For reasons of diplomatic protocol the Kremlin cannot put it in ways that reflect the entire range of emotions that engulf the Russian leaders as they watch the American financial contagion decimate Russia's impressive economic gains of the last decade. I therefore thought it appropriate to put this in the form of an imaginary letter from Medvedev to a U.S. leader. Since it is pointless to address it to George Bush, who will be history in three months, it seemed right to address Medvedev's message to someone who is most likely to occupy the White House in January 2009 - the Democratic presidential candidate Barack Obama. And of course, as two modern leaders of the same generation, Medvedev and Obama would obviously correspond by email (please note, that the email addresses mentioned are entirely fictitious).

TO: Barack Obama at barack@barackobama.com
FROM: Dmitry Medvedev at Medvedev_DA@gov.ru

May I call you Barack? You may call me Dima, as they call me in Moscow.

In three weeks, barring a catastrophic terrorist act on American soil that can tip the election in favor of that old fogey McCain, you will be elected the next president of the United States. The first African American in U.S. history to get to the White House!
Congratulations! This will be a remarkable victory for a man whose principal accomplishments are all in the future!

I can feel your amazement. I myself got elected president less than a year ago, because a guy named Vladimir Putin, who is the most popular man in Russia, said I would make a great "prez."

I think it is time for us to establish a direct line of communication. So much in this interconnected world depends on whether our nations are on speaking terms or not.

I know this from reading stuff on my favorite Internet. I am, for all intents and purposes, the first Russian president who gets his daily news by logging on to iGoogle. Putin and Boris Yeltsin, so passé, read the SVR-FSB Daily Brief which just recycles the stuff you can read online. I suspect the CIA Daily Brief is no better.

Some of my advisors are telling me that we would be better off with McCain. He is a republican, and we tend to do better with republicans in the White House. Putin and George Bush were such good friends, until recently.

My advisors are wrong. I have no idea how one can engage with a guy who does not even know how to use email, to say nothing of instant messaging.

McCain has only two foreign policy priorities - Iraq and Mikheil Saakashvili, while his running mate, that cute babe from Wassila, Alaska, is on a constant lookout for Russian bombers coming from the North Pole. She can take a break. We have not flown those missions in eighteen years.

Barack, I have not yet had a chance to look you in the eye and get a sense of your soul (I intend to do so at our first presidential encounter a few months from now), but I have little doubt that a guy who communicates his crucial decisions, like the choice of a running mate, to his supporters by an SMS, would share a similar world view with me. I hope you use a stylish 3G iPhone like I do, not this cranky device called Blackberry which we don't license in Russia because the FSB does not have access to its code.

Barack, I have read all of your statements on Russia (and you have been making them with a presidential regularity), and they strike me as balanced. You never close any doors and keep your lines of communication open to everybody, including the Iranians. This is exactly our approach.

I liked what you said about Saakashvili recently. Unlike McCain, you seem to get it about this guy. He is a jerk who has been wagging your American tail for his personal political gain.

I have had to make some pretty harsh statements about the United States recently. The Bush administration really deserves it. They had a great chance to forge a true strategic alliance with Russia in 2001-2002, and they blew it.

We could be a much better and much more useful friend for you guys than Viktor Yuschenko or Saakshvili. You could have used our advice on WMDs in Iraq, and never lose more than 3,000 American lives for nothing. We could have taught you a thing or two about Afghanistan (we got to know that country pretty well in the 1980s) and we could have had a much closer cooperation on nukes in North Korea and Iran.

We pulled our SIGINT station from Cuba and the naval base from Vietnam. And we did not get even a "thank you" note from Bush. Instead, we got missile defense bases in Poland and the Czech Republic. We were stunned to hear your Secretary of State, that charming lady from Stanford, make the only Russia policy speech in eight years, and talk about containment. Tell her she is no Churchill and we do not need a new Fulton.

Barack, your country is in a huge mess. You have lost some venerable financial institutions, and companies like General Motors and Ford are on the verge of bankruptcy. As Putin, my prime minister, says "You and your Wall Street will never get the same respect." You need a lot of nation-building in the United States and a lot of repair work in your economy. When you take office, you will need all the help you can get.

We in Russia can offer you just that - help. We sit on a pile of cash and can come to the rescue of your financial institutions in exchange for equity and control. We can run your finances much better than you do, and can issue better mortgages than Fanny and Freddie. Seriously.

You can let our companies like Severstal, Evraz, Metalloinvest or Norilsk Nickel purchase your entire steel industry. And we can have Russian Technologies save General Motors from an inevitable demise in exchange for shifting production from Michigan to Kaluga (they do not have such stratospheric healthcare costs in Kaluga).

This is a good deal for America, and you better hurry before China, which holds over a trillion dollars worth of Treasuries, makes a margin call on the entire U.S. economy.

I know what I am talking about, because we have just bailed out Iceland, a NATO member, by lending it ^4.5 billion in emergency loans. Tell me, what is NATO for when it cannot even save its fellow member from going under? They are still building defenses against Russian tanks, but they cannot defend against Russian loans. When Poland goes bankrupt, we will take this missile defense base of yours as collateral.

Barack, the financial crisis has destroyed American leadership. When you become president next January, you will be surprised to learn that when you say something, few countries will listen. Of course, with a smart guy like you in the White House, America will be a more attractive country than under Bush. But your power will never be the same. You have lost your unipolar moment, and are now facing a "polarless" world.

In this world America has a lot of enemies, but Russia is not one of them. Make no mistake about it - we do not want to see your country go under. We want to purchase or lease it lock, stock and barrel, while it is still cheap.

Barack, in this new post-crisis world, we will need an entirely different global financial and security architecture to deal with the new challenges. I have been saying this all the way since my first foreign policy speech in Berlin, which many dismissed. I tried to button-hole Bush on this at the G8 summit in July, but he was more interested in Zimbabwe.

I was surprised you bypassed Moscow on your international magic mystery tour in July, although I understand that you wanted to look more like Jack Kennedy in Berlin than Bill Clinton in Moscow.

You are an intelligent man, Barack, and I know we can work together to make the world a better place. All we want in Russia is some due respect and recognition of our new purchasing power.

The secretary of defense, Bob Gates, seems to understand that. I hear many in Washington call upon you to retain him in your administration. May I offer a suggestion? Make Gates your Secretary of State. He will sure get a red carpet reception in Moscow.
I will hold my fingers crossed for you, Barack, and will call you on Skype to congratulate you on election day.