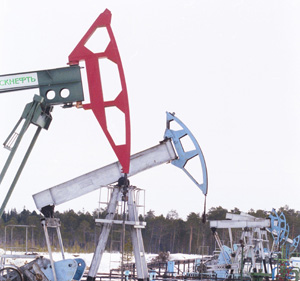 Russia has decided to increase cooperation with the Organization of Petroleum Exporting Countries (OPEC), because it is interested in stable oil prices.Market players believe Moscow may become a full-fledged member of the organization in the future.

"It might be a step toward Russia joining OPEC if the interests of Russian oil producers and the oil cartel coincide," said Natalia Milchakova, head of financial analysis at the Otkrytiye financial corporation.

Her opinion is indirectly supported by a statement made by Deputy Prime Minister Igor Sechin about creating a possible oil production reserve in Russia. "The Ministry of Energy is considering creating an oil production reserve which would allow it to work more efficiently with prices on the market," Sechin said, noting that the reserve must be of a size to "ensure the most effective prices." However, the deputy prime minister gave no details.

Sobinbank analyst Alexander Razuvayev believes domestic quotas will make sense only if export quotas are introduced, and these depend on Russia joining OPEC. "Quotas are more an element of political bargaining. Russia is joining the cartel of oil producing countries, in the hope that its members will support its idea of a gas cartel and become its members," Razuvayev said.
In his opinion, OPEC entry and quotas are justified because currently only Rosneft is boosting oil production. By capping output, Russia loses nothing, as might have happened in 2001 - Russia was then strongly urged to enter OPEC, but production was growing by leaps and bounds, and it was unprofitable to cut back.

"Quotas could hold back only over-ambitious investment programs of some oil companies, such as LUKoil," Milchakova said.

She predicts, however, that strategic important projects, such as bituminous oil production, could be shelved for a long time. The decision could send down Rosneft shares, too, because investors purchased its securities in hopes of very high growth rates. Some of the market participants consider that the oil sector is being secretly redivided to benefit Rosneft, because quotas will ease state control over all companies, above all private ones.