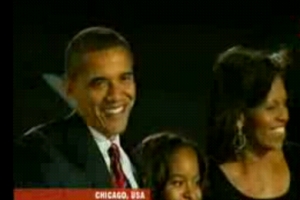 Russia can hope for more U.S. accommodation on issues such as Iraq and missile defense under Barack Obama when the Democrat is forced to focus on domestic problems as president next year, leading MPs said on Wednesday.

The deputy chairman of the lower house of parliament's defense committee, Igor Barinov, said he believed that the Obama administration would cut back on military operations in Iraq and on the missile defense system planned to be based in Eastern Europe.

Andrei Klimov, the deputy head of the State Duma's foreign affairs committee, said Obama faced a difficult task, and would have to face the new realities facing the United States.

"These are the global financial crisis, the depletion of America's resources, and divisions in U.S. society," Klimov said. "If he continues to hold the idea that America is the world leader, he will exhaust the resources of America, and divide American society."

"The outgoing administration has continued to allocate essential funds to missile defense, Iraq and Georgia," he said. "I believe that these expenditures will be reduced."

He also judged Obama's views on Russia to be more nuanced and considered than both the Republican candidate Sen. John McCain and the outgoing President George Bush.

The lawmaker predicted that the Democrat's victory would herald a warming of relations with Russia and "a constructive approach to resolving issues where we could not find common ground with the previous administration."

Read more on the topic: