What happened on the Nerpa? 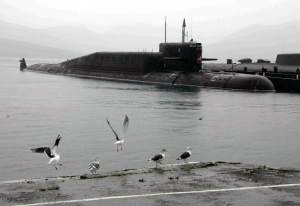 The Russian and international press are highlighting the tragedy because it happened on a nuclear submarine, engendering many rumors.

We will know the details only when a government commission completes its investigation, but we can discuss the essence of the tragedy. First, to be clear, the submarine was not on combat duty but was still undergoing trials.

What happened on the Nerpa was a catastrophe, an accident that claimed human life. Officially, the tragedy was provoked by the unauthorized operation of the fire extinguishing system.

Next, Russian submarines are equipped with two fire extinguishing systems, an air-foam system designed to extinguish local fires, and a smothering line system for extinguishing three-dimensional fires (with the exception of powder and ammunition fires), which releases Freon or its derivatives into the endangered compartment, replacing oxygen to extinguish the fire.

Freon is very effective for extinguishing 3D fires but is highly toxic and is therefore a risk to any people who come in contact with it. This justified risk in a submarine is partly compensated by portable breathing apparatuses for the crew.

Manual initiation is required to activate the Freon system in a third-generation submarine, such as the Akula II class Nerpa nuclear attack submarine. There is one previous case recording a Freon release into the wrong compartment. It happened on a K-77 submarine in 1976 and was due to an assembly mistake made during repairs. The wrong number was painted on the wrong system at the shipyard.

All Russian submarines use this system, and we must assume that the Nerpa uses it as it has not been reported otherwise.

The crewmembers have access to portable breathing apparatuses, which ensure between 10 and 30 minutes of survival depending on the intensity of breathing. The oxygen is used faster under hard work.

The command post can order a Freon release only if the fire alarm sounds or if they receive the necessary alert verbally via the audio system. It is true that fire alarm systems sometimes malfunction, which puts special emphasis on communication between the command post and the affected compartment. Freon activation is not automatic when the fire alarm goes off. The Nerpa was completed only recently and was undergoing sea trials, which is why it had 81 sailors and over a hundred civilian specialists - workers and engineers from the shipyard, 208 in all. Most civilians lack military survival skills, but they work with sailors during trials to evaluate the systems.

What happened in the submarine's nose, where torpedoes are stocked?

The authorities say the 21 injured have no burns, which means there was no fire. There could be minor sources of fire and hence smoke in the compartment, which would have activated the fire alarm. As a result, the command post or somebody in the compartment may have decided to release Freon into the first and second compartments.

This made the atmosphere in the first (and possibly second) compartment unbreathable, and therefore lethal. Of the total number of victims (41), 36 were civilian specialists, who were most likely affected because they had not been trained or, less likely, because of a limited number of breathing apparatuses.

Workers and engineers taking part in building and testing submarines should be trained in survival procedures, including fire and the possible release of Freon.

And lastly, why were nearly three times more people on board during the sea trial? Overcrowding can only lead to commotion and disorder.

We can only hope that the proper conclusions will be drawn from the tragedy, and that it will not be repeated on the Nerpa or any other submarine.

Previous article on this topic: